A tip for making the Block of the Month, more insects and a honey of a demo!

I do the Block of the Month patterns for my Guild. They are posted on this blog under “Block of the Month”. All of the blocks are inspired by a piece of Canadian art. This month the painting is a Cornelius Krieghoff painting titled River Gorge, Autumn. 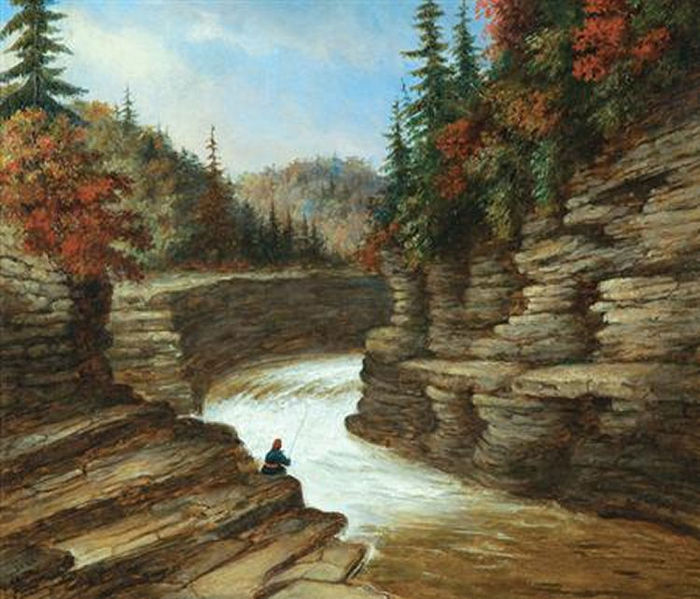 I make ten sample blocks to show the members and then the following month members bring the blocks they made to the meeting and we have a draw. The winner gets all of the blocks turned in plus the ten that I made! One of the Guild members sent me ten blocks that she made so I thought I would take a picture of the twenty blocks to give you a look at a small sample of what the winner will receive. 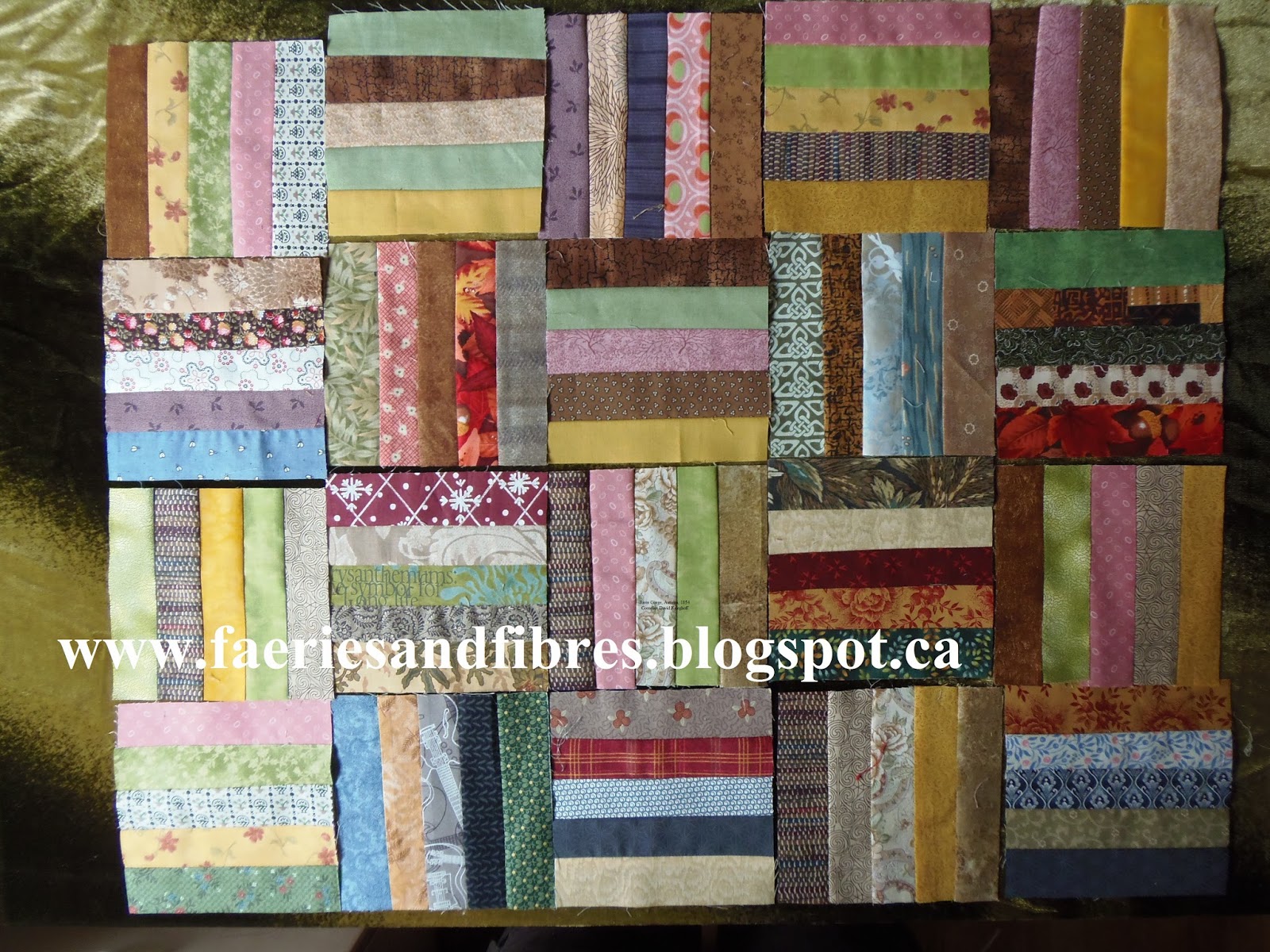 The block is rail fence and it measures 5” finished. The block is VERY easy but if you would like to make some I have a little tip. The pattern calls for five strips that measure 1 ½” by 5 ½”. I suggest cutting four strips at 1 ½" by 6" and cut the fifth at 2" by 6". Sew them all together as per the instructions making sure that the 2" strip is on an outside edge. Give the block a nice press with a little spray starch and then trim it to 5 ½" square making sure that the excess fabric is trimmed from side with the 2" strip. If the seam allowances aren't precise the 2" strip provides a little wiggle room. Also the extra ½” of length provides a little wiggle room so that the block, when trimmed, will measure a precise 5 ½” square! This is a great block to use up those scraps that are sitting in a basket somewhere just waiting to become a quilt! 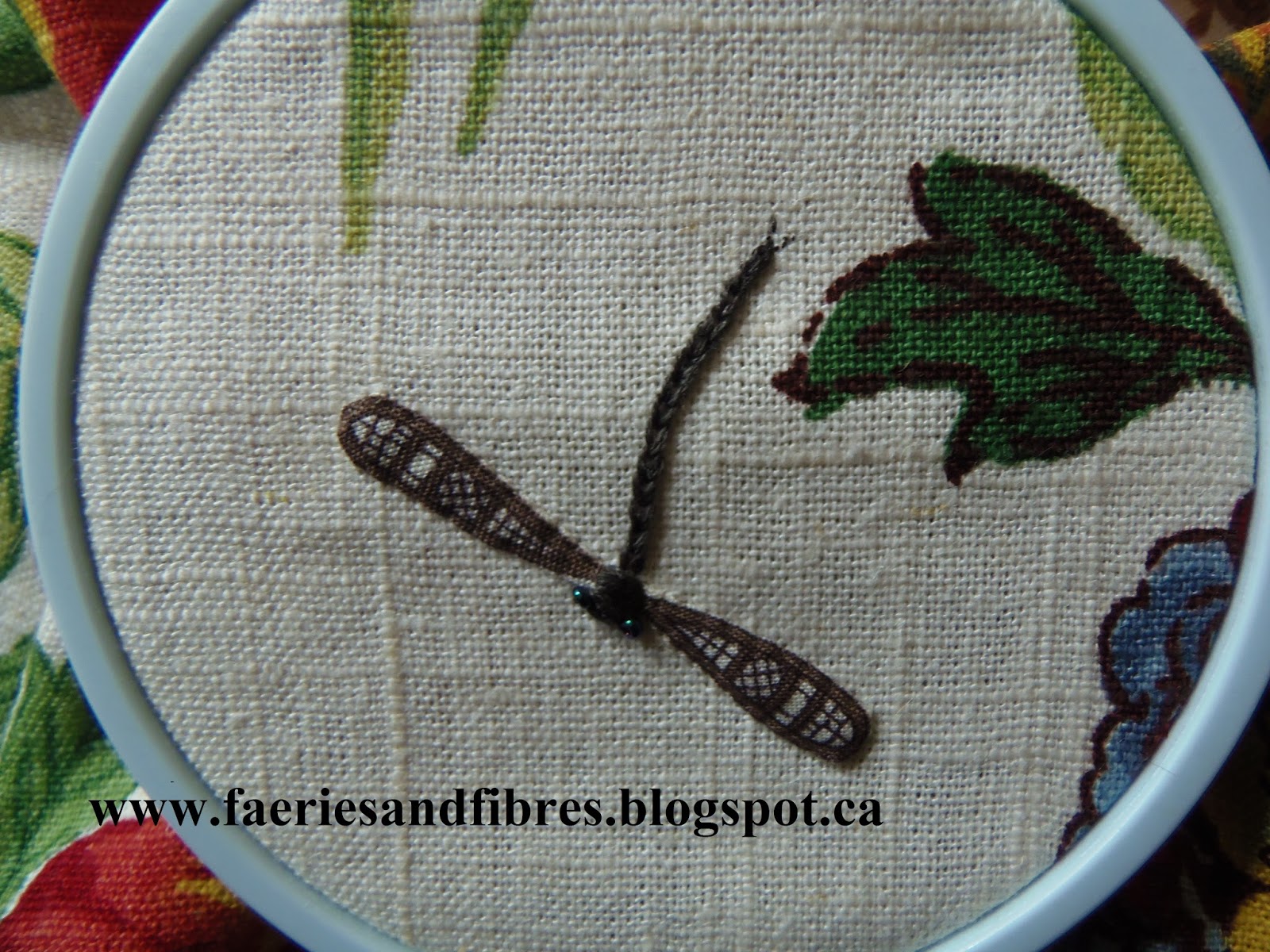 I might embellish the dragonflies a little more with some coloured metallic threads in their bodies. This would make them pop! I also added several bees! 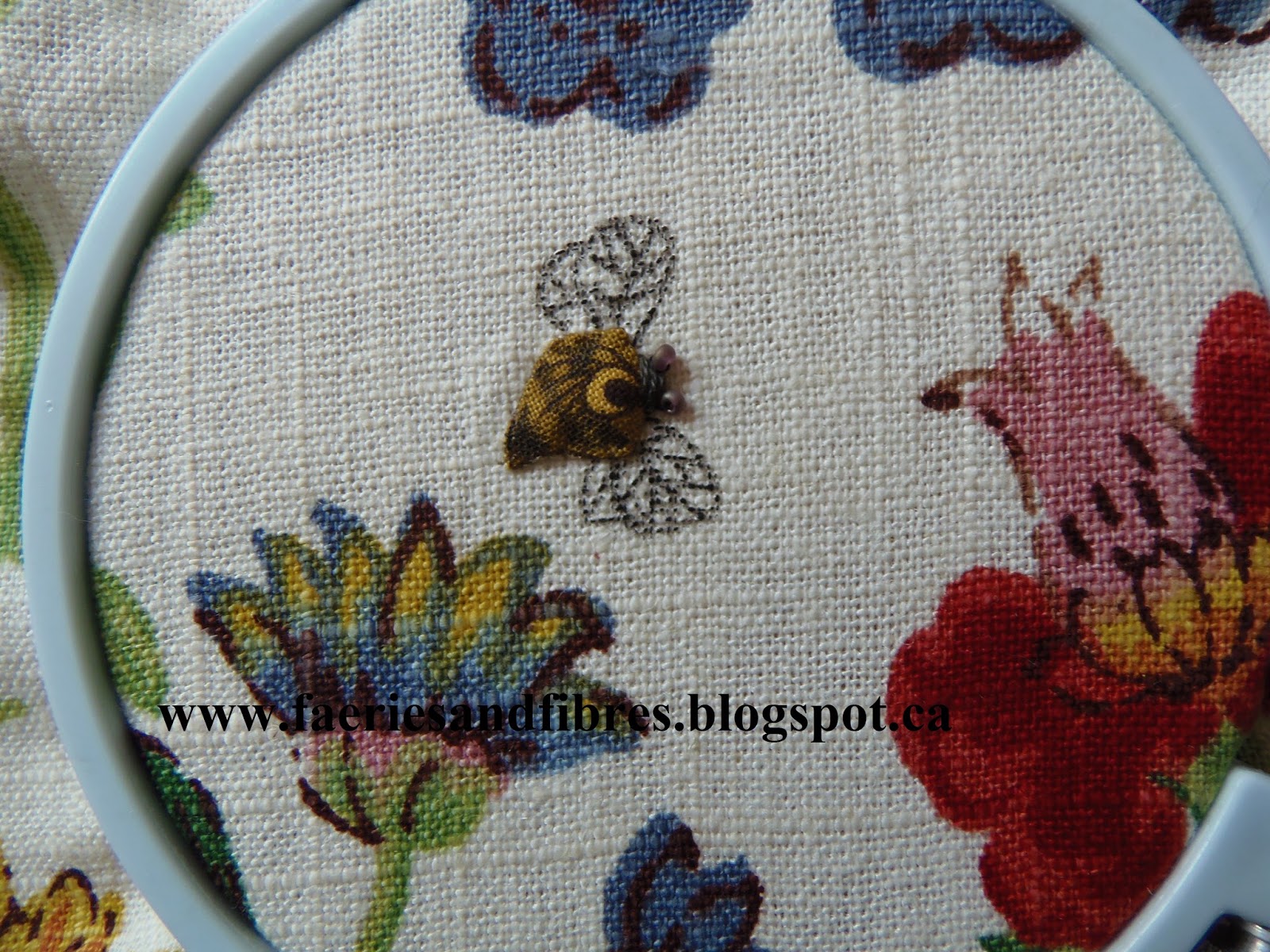 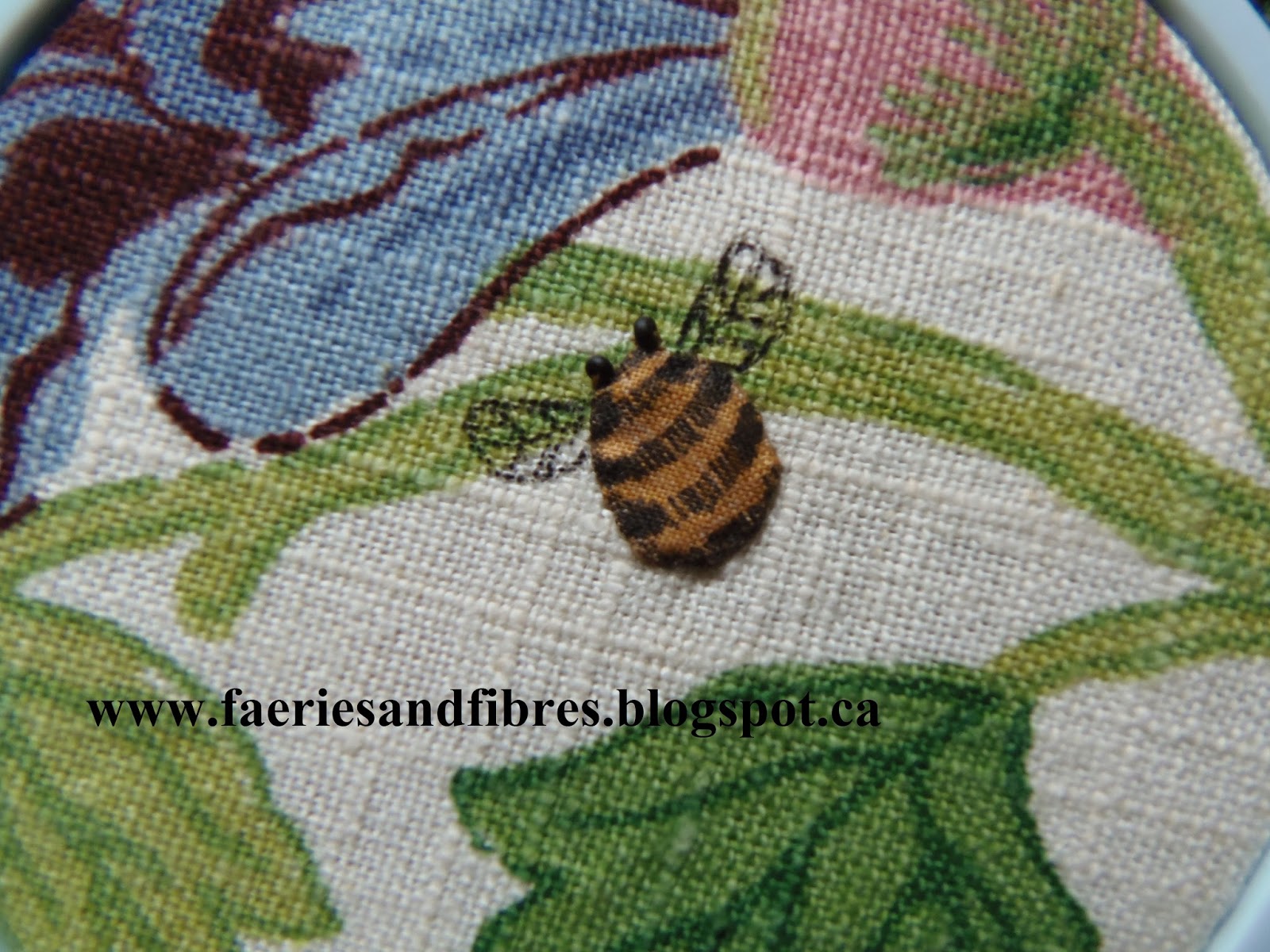 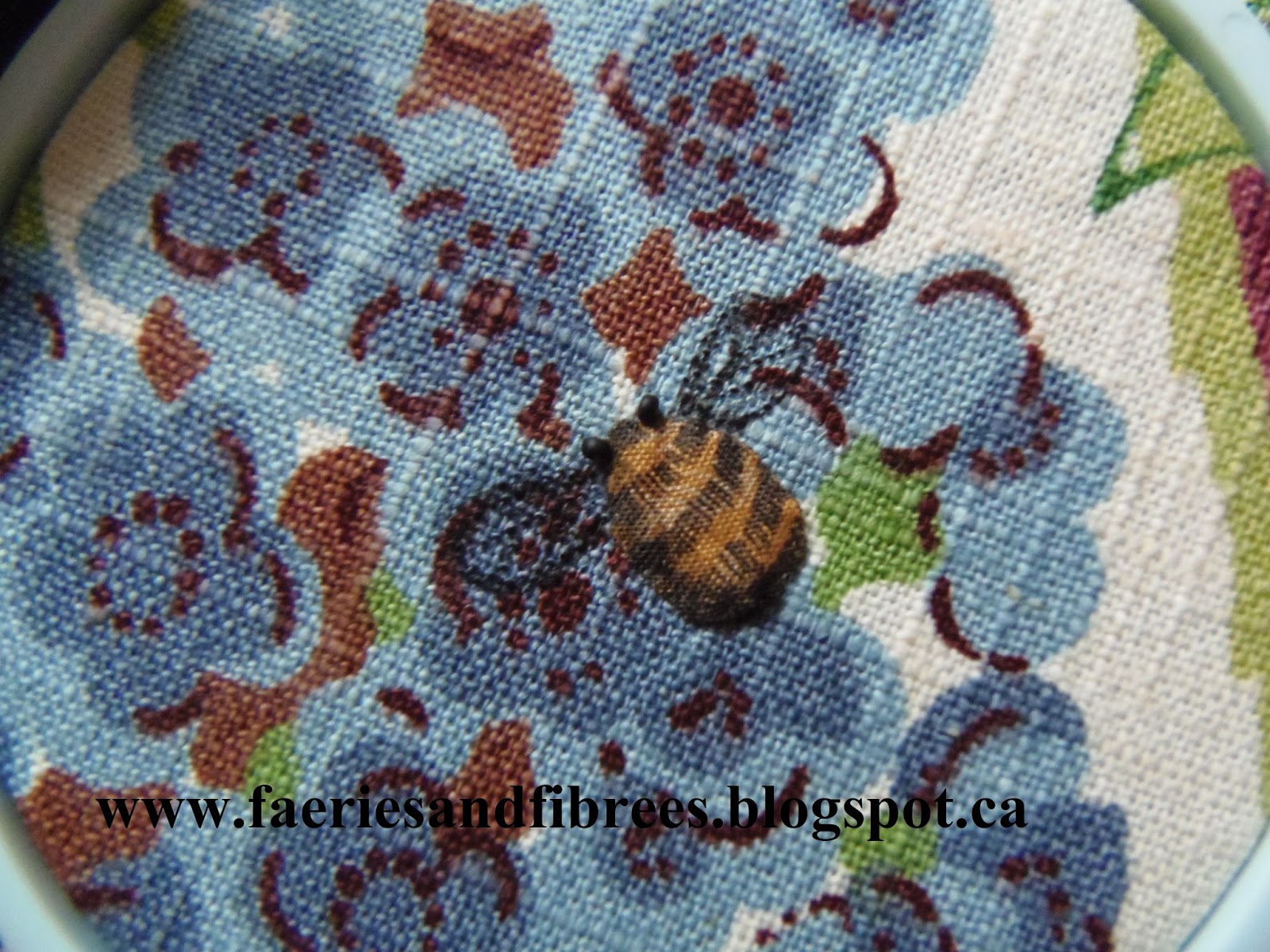 These bees are so cute and so fast and easy to make. I start with a 1” scrap of yellow or gold fabric.  I use a black Pigma Micron pen to draw an oval. Then I draw little lines to resemble the bee’s head and business end and then a couple of rows of stripes in between. I make the lines closer and darker at the outer edges of the body and more spaced in the centre. This creates the illusion of roundness. I trim the excess fabric away and the bee is ready to applique. 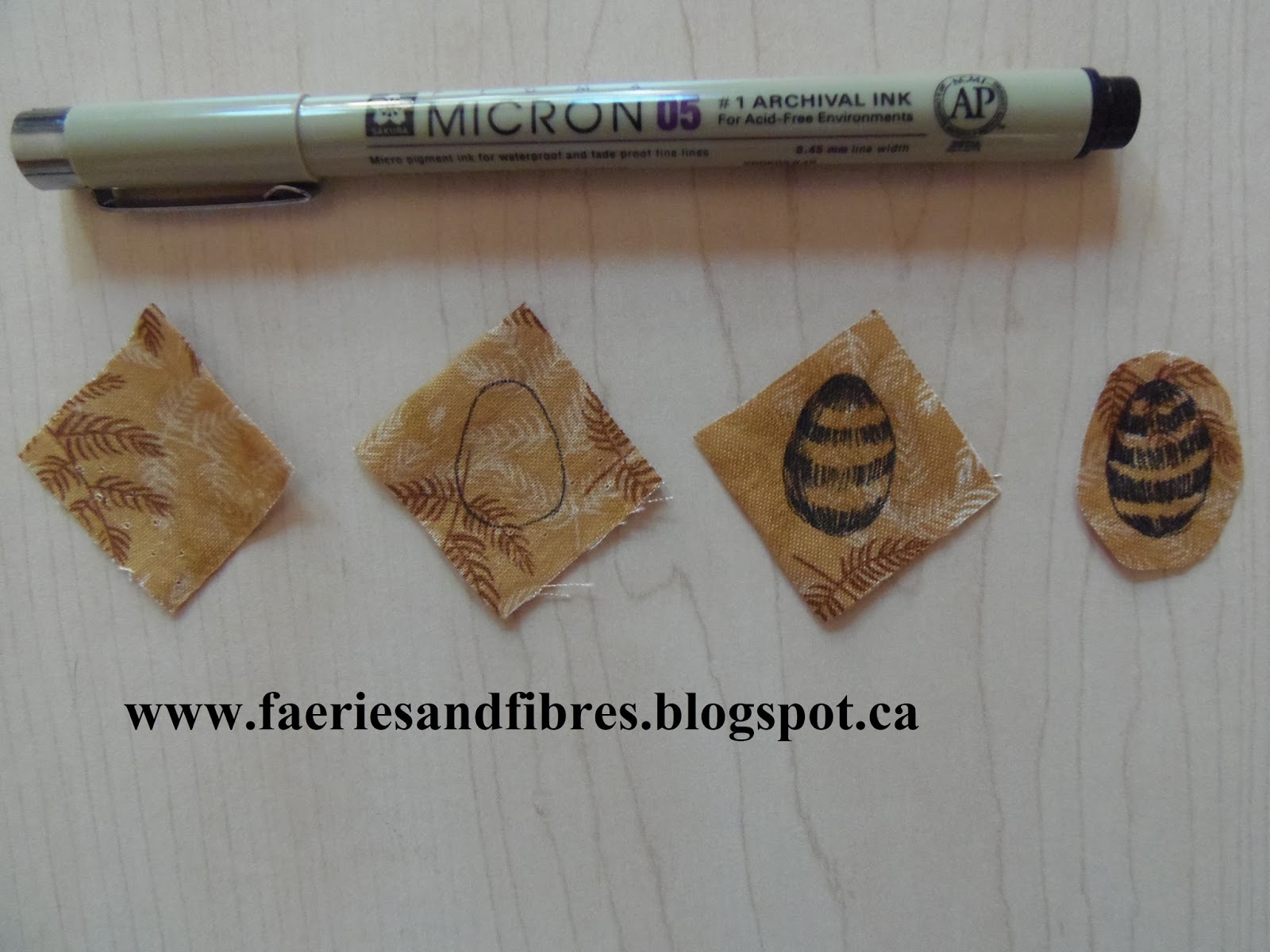 The bee is pinned in place on the fabric. I would normally have used an applique pin which is much shorter and doesn’t get in the way but the long pin was what was at hand. 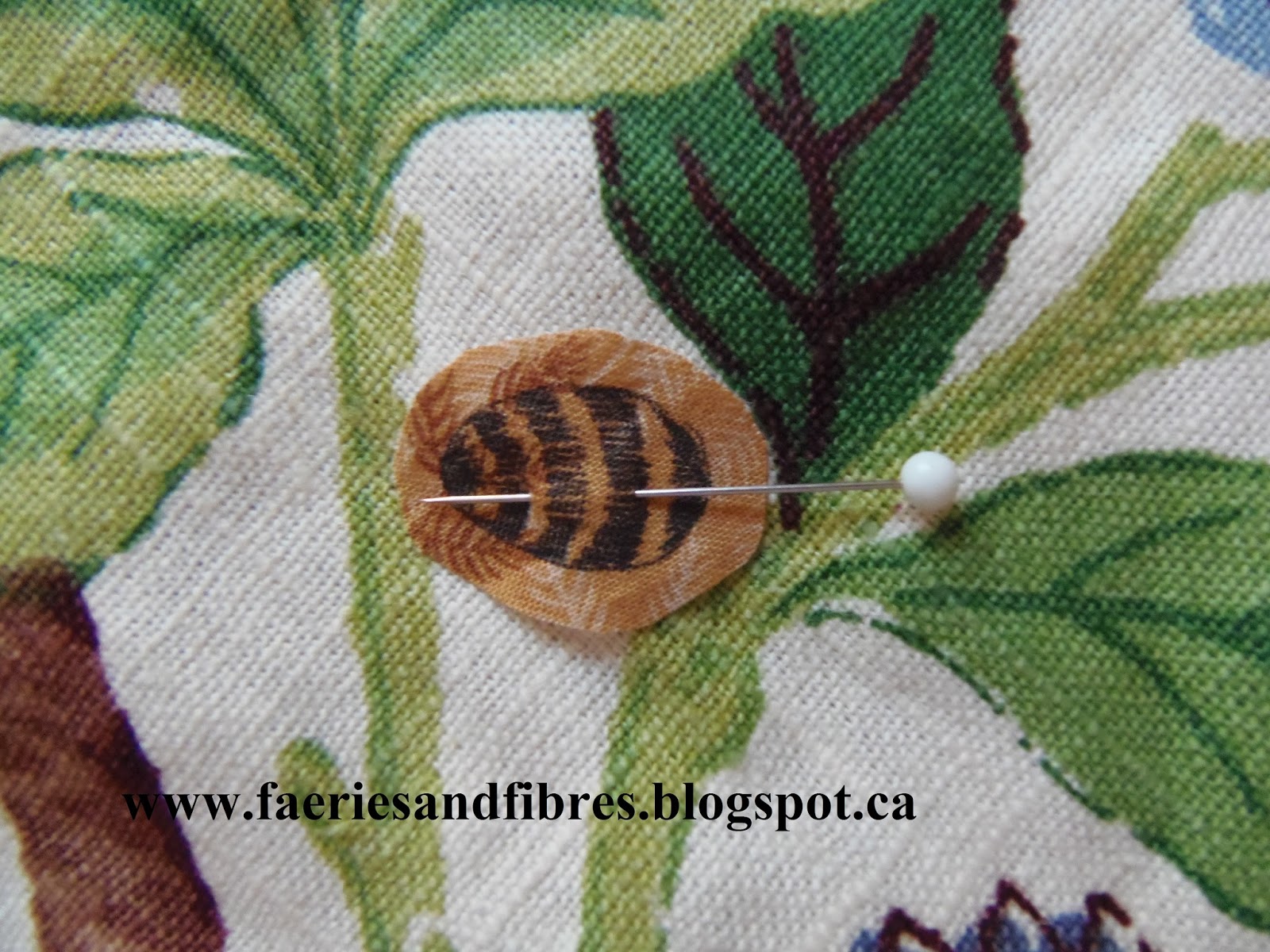 I use the tip of my needle to tuck under the raw edge of the bee and stitch it down. I like to start near the head so that once stitched down I will be close to where the eyes will go. 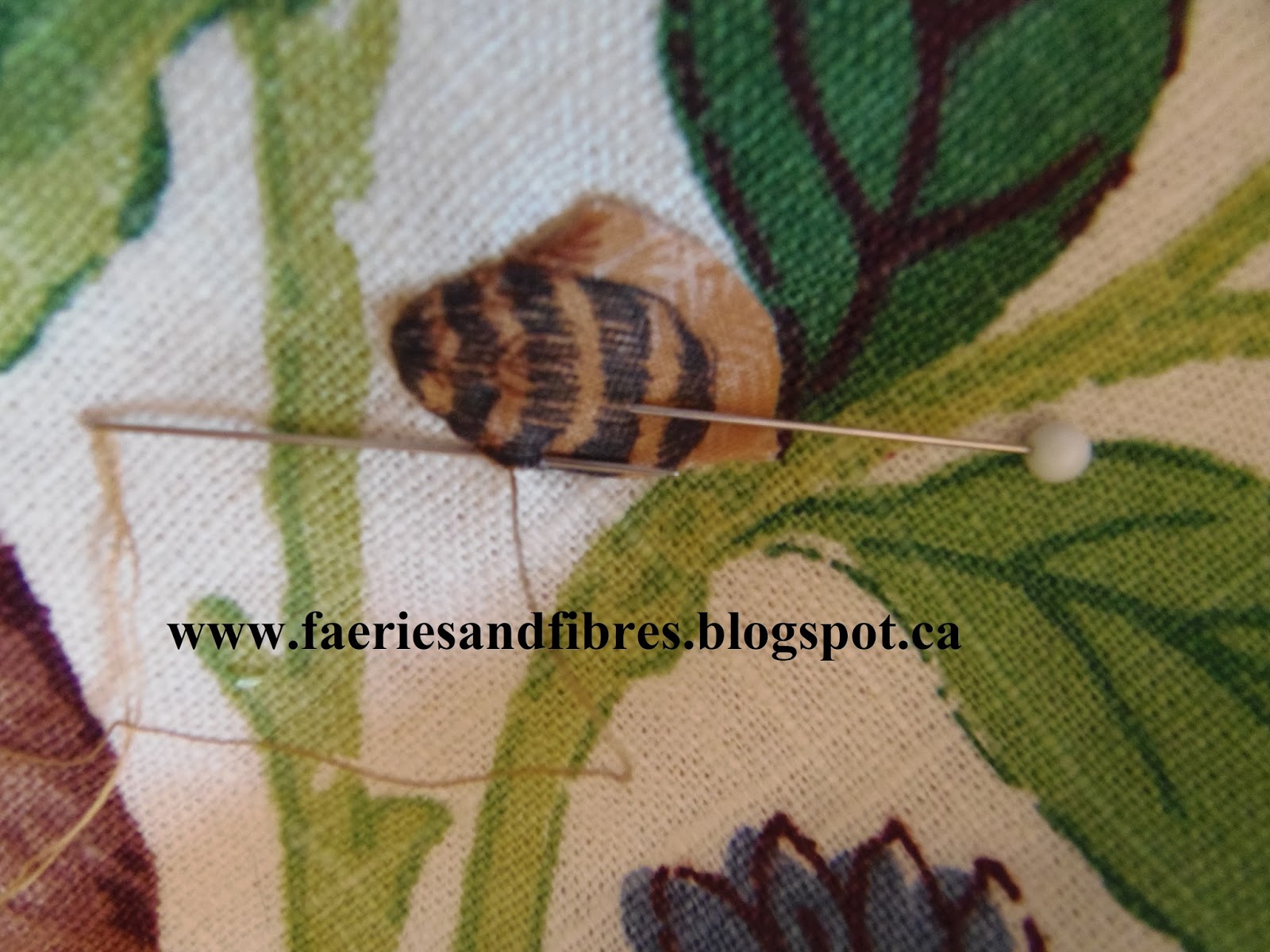 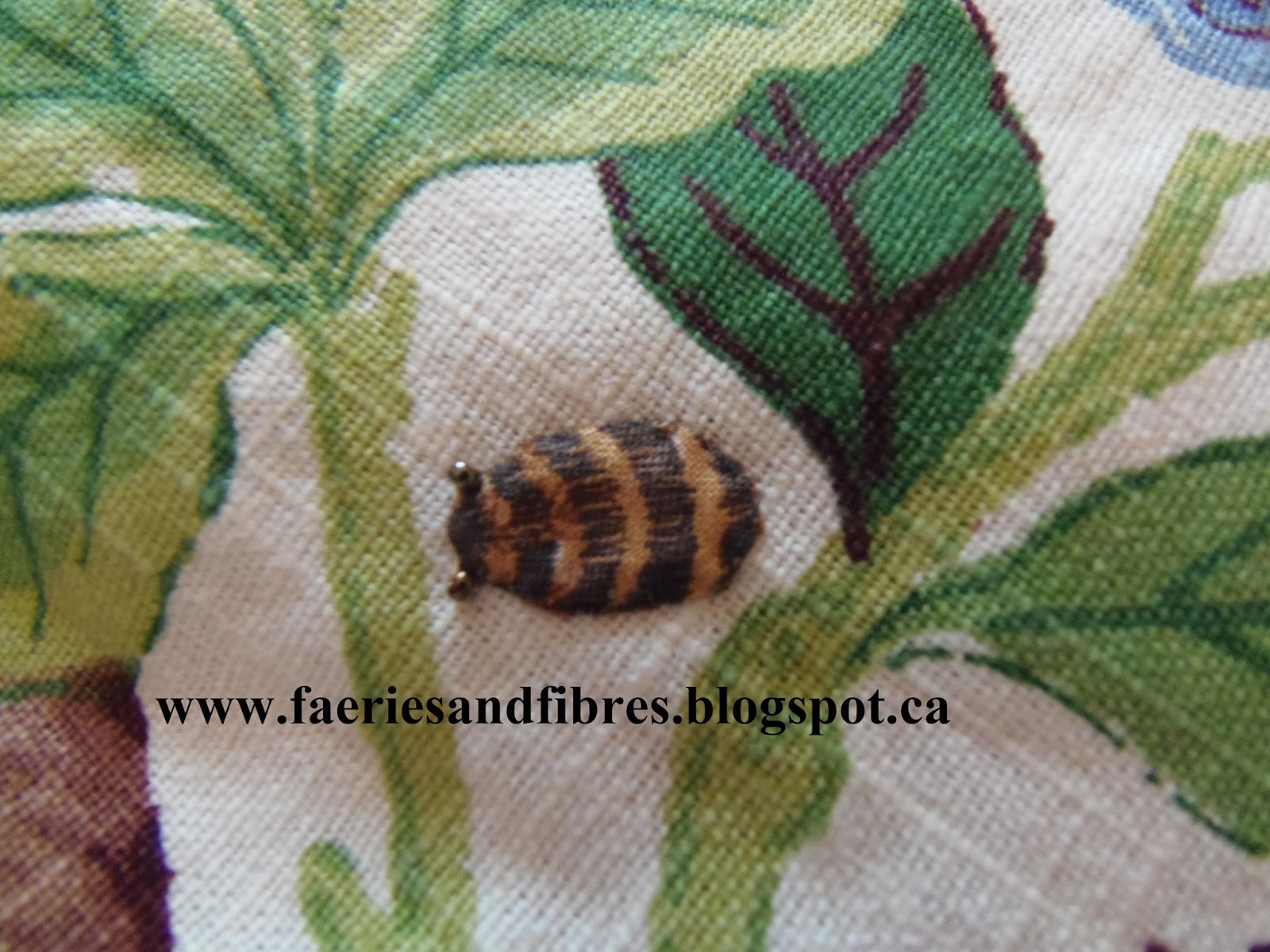 The last step is to add the wings and any additional shading on the body that might be required. The wings can be stitched with a single strand of thread or floss OR you can just use the Pigma pen to draw them on. In this instance I decided to draw them on because this is a tote bag that will be used and if embroidered the wings may snag. 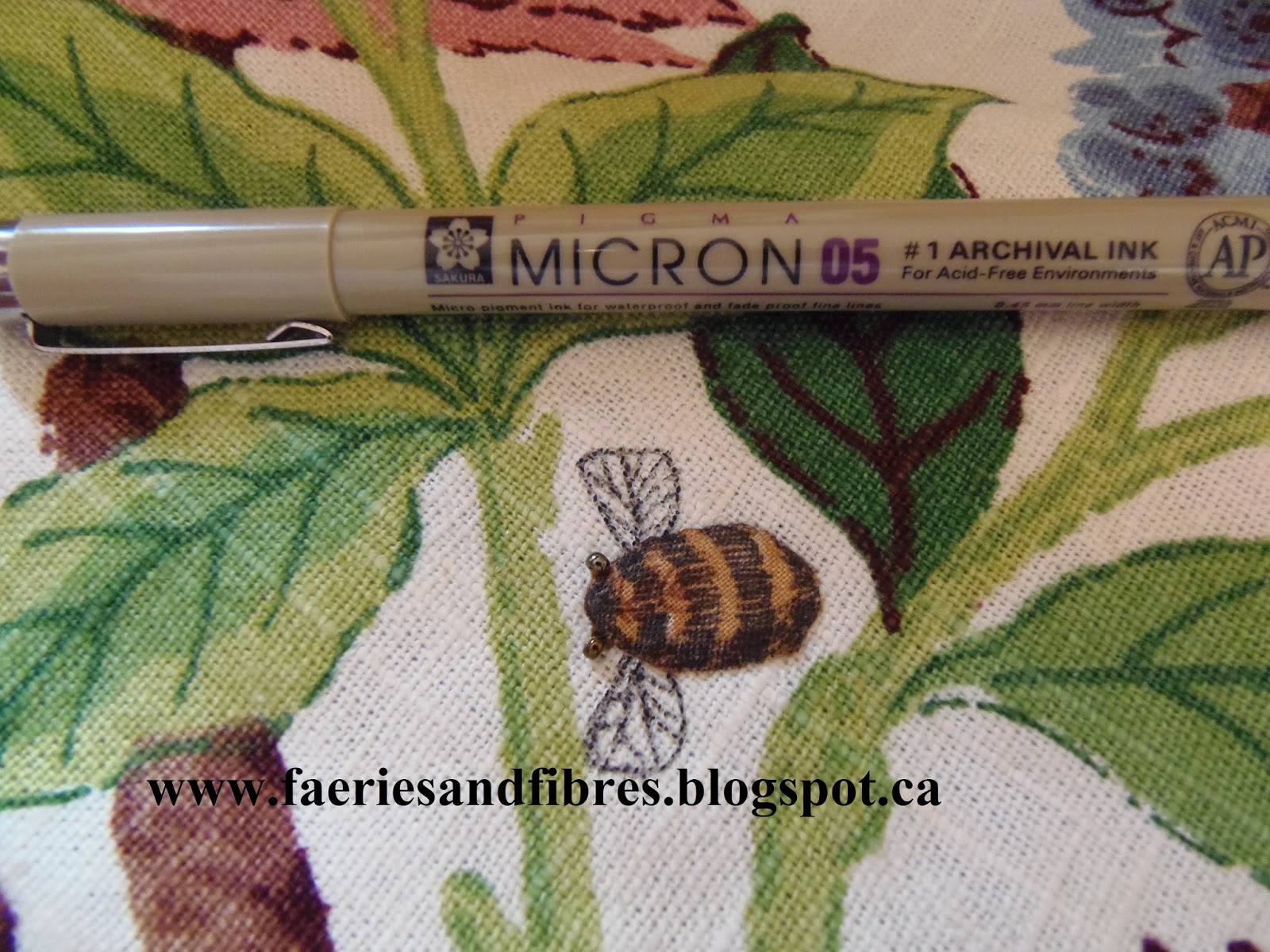 I hope you’ve enjoyed my "how to make a bee" demo! You can use this method to make any kind of insect that tickles your fancy!

Until I post again, happy sewing!
Posted by Karen H at 8:11 AM