I love broderie perse because it is a wonderfully easy way to add details such as flowers and leafs without the work of cutting out and appliqueing individual petals. So what is broderie perse? It is the art of appliqueing motifs from a print onto a background. One trick is to use a background that matches the background in the print. Let me give you an example. The flowers are cut from one fabric and the brown branch from another. For the branch I simply tacked it in place with applique pins and needle-turn appliqued it in position. The branch was straight enough that I could turn under most of the background fabric so that all I was left with was the branch. I could have done the same thing with a strip of brown print fabric but I already had a scrap of the branch fabric so why not use it? The flowers are more detailed so I cut them out leaving more background in places where I wanted to avoid deep curves or sharp points. The flowers were cut out and pinned to the background so that I could needle-turn applique them in place. My background fabric is fairly busy so the background beige in the flowers almost disappears. 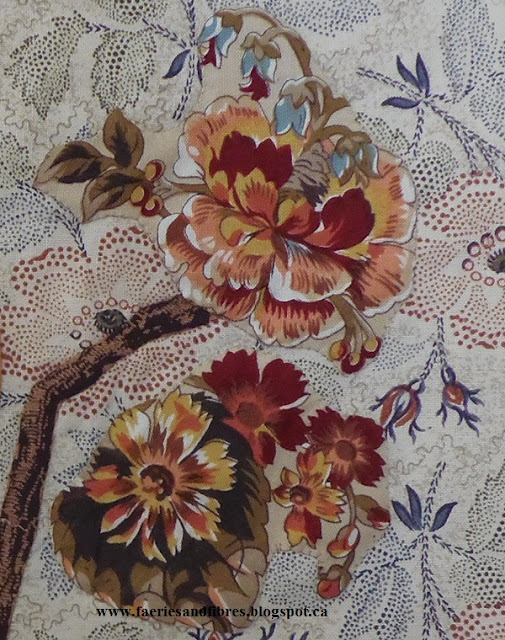 Having difficulty seeing where the flowers stop and the background fabric begins? That's the beauty of broderie perse! In the following picture I've outlined the flowers so you can see  the separation. 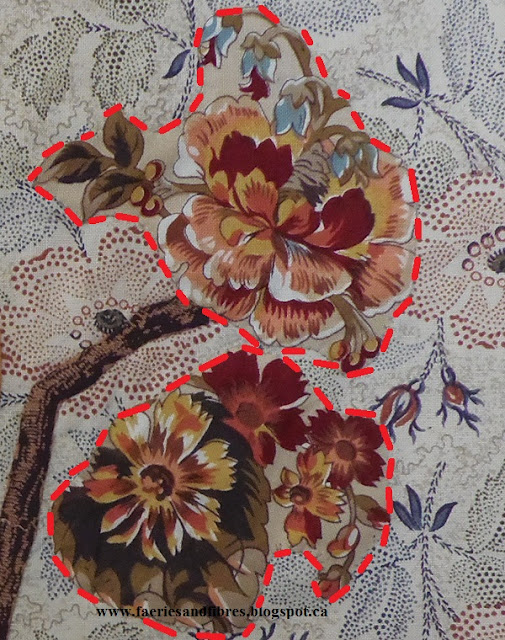 Here is an example of a set of leafs that were appliqued to the branch. I love the colour, shading and detail in the leafs. 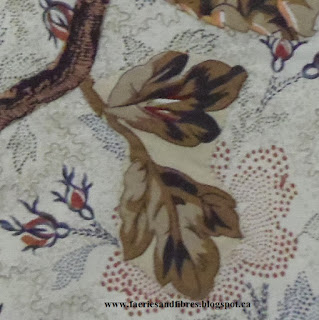 In the next picture I've outlined the section that was done in the broderie perse method. I was quick and easy to do because there were no sharp points or deep concave curves. 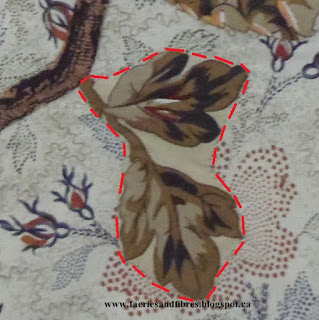 The flowers and leafs are part of one of the blocks for my 2016 Quilt Along. I am guessing that you are curious to see the block so here it is! I will be doing more with this block before it is finished and ready to join the "flock"! If I were to make this block again I would like have used a busier print for the bird's body but it is done. If it really bothered me I would either change the body with pens and paints or replace the body with a different fabric or just make a new block. But I can live with it so live with it I shall. Once it is stitched into the quilt it won't be a problem because there will be plenty of other loveliness to see! 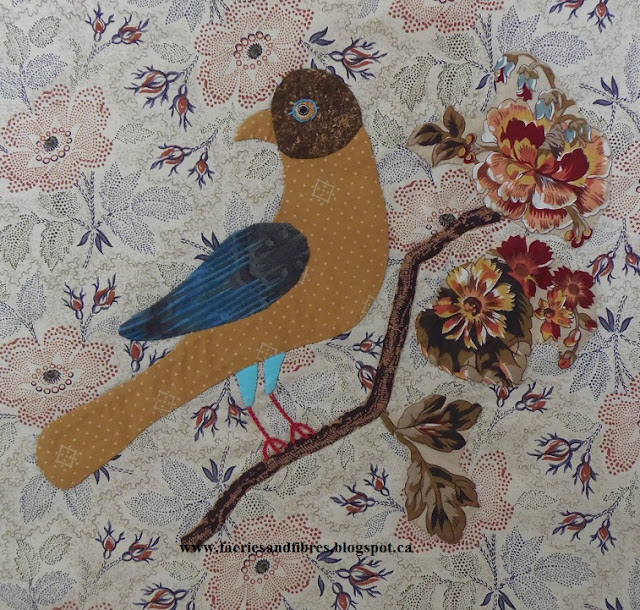