Thanks for all the nice emails and comments on yesterday's 100th post! And now I continue with the first of the next 100 posts!

Cherry Blossom Quilt is now finished! I just love it! Hope you do too and that you are looking forward to the pattern! 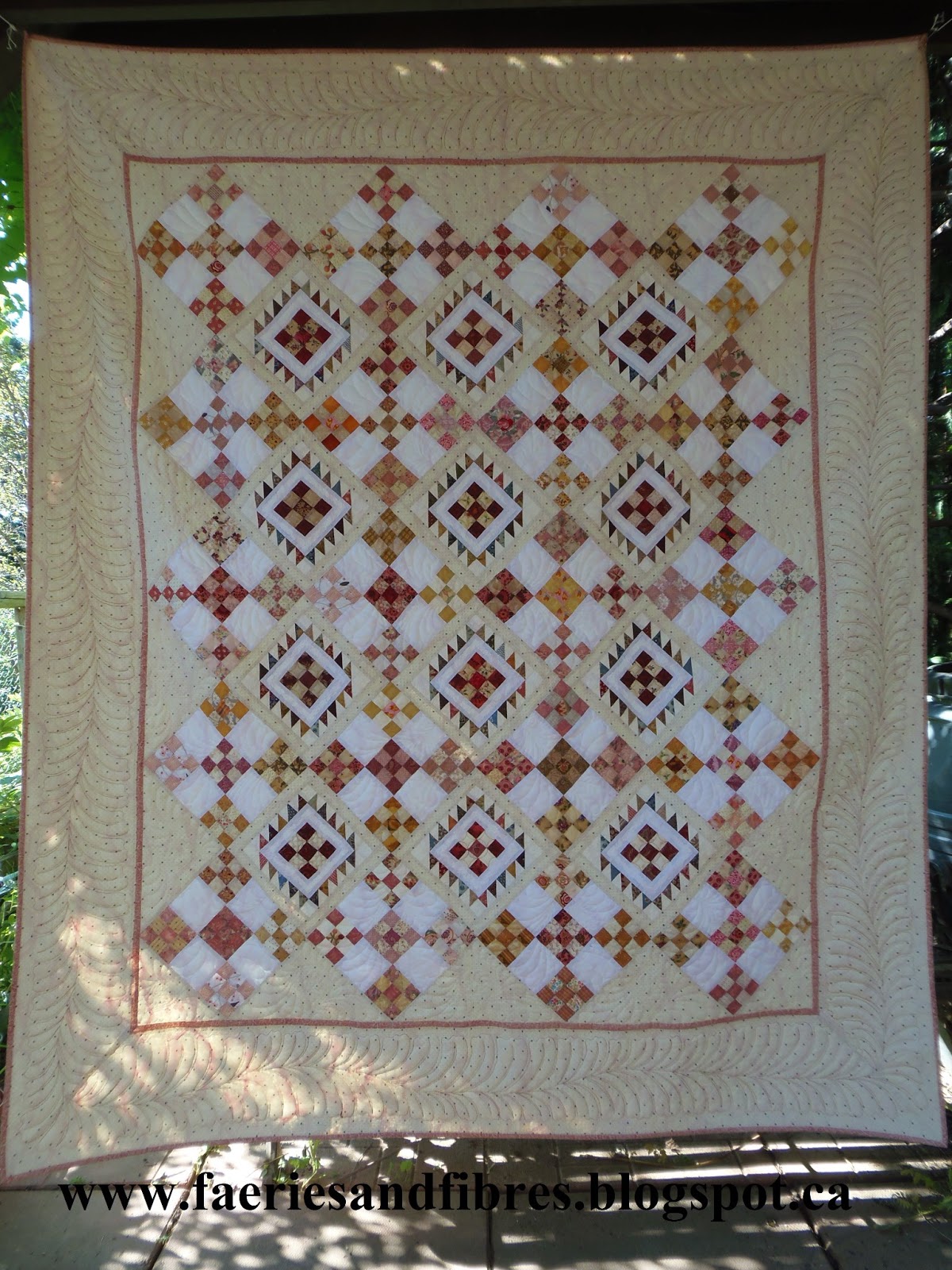 It is such a summery quilt and it was made with nine patches from my stash. 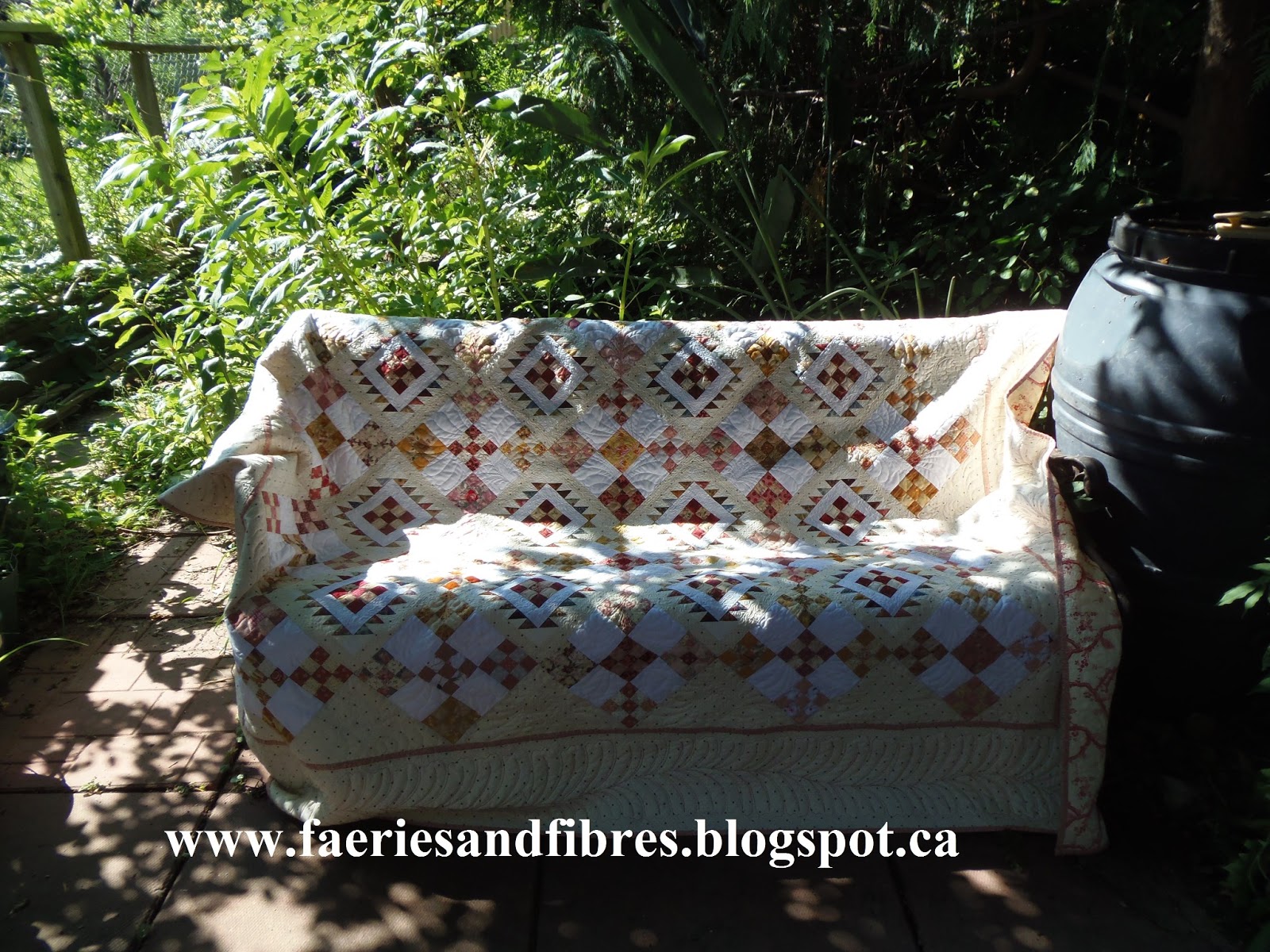 I don't like wasting thread or fabric. I cut up my scraps to make nine patches and I keep the sets beside my machine ready to be sewn. When I sew, rather than cutting lengths of thread I sew onto my nine patch pieces and then continue sewing what ever it is I am working on. When I get to the end of the seam rather than draw out a length of thread and cut it I sew off onto another part of my nine patch. You can read about my process here. This means I have a big stash of nine patches! I didn't have to make any extra nine patches for this quilt. I pulled out 100 mainly pink nine patches (that is nine patches that had pink in the corners and in the centre) and also some orange, some gold and some with a touch of yellow to add some sparkle. I also pulled 12 red nine patches. All of the nine patches finished at 3" (with seam allowances they were 3  1/2"). 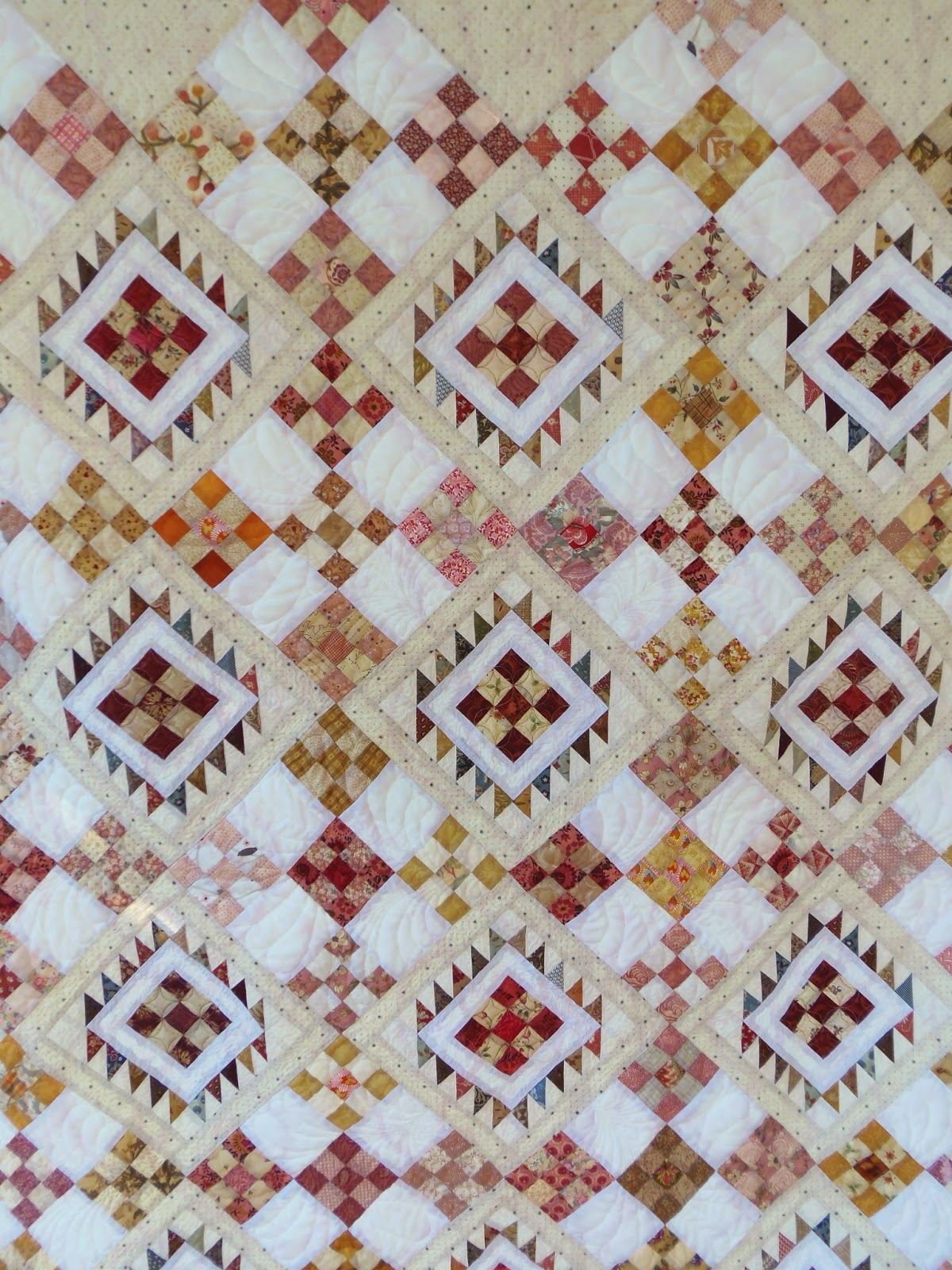 I am working on a free pattern for this quilt. I'll get it up as soon as I can. If you want to make your own version you can get a head start on the half square triangles. You are going to need 240 of them. Use your scraps, that's what I did! They should measure 1 1/2" with the seam allowance - they will finish at 1". I wrote about making small half square triangles here.

I made do with what I had when making Cherry Blossom. The first thing I did was make the nine patch blocks of nine patches. The white is actually a white tone on tone. I made 20 of these blocks and set them on point. My original plan was to alternate these blocks with a solid fabric or a large soft print but both looked boring. 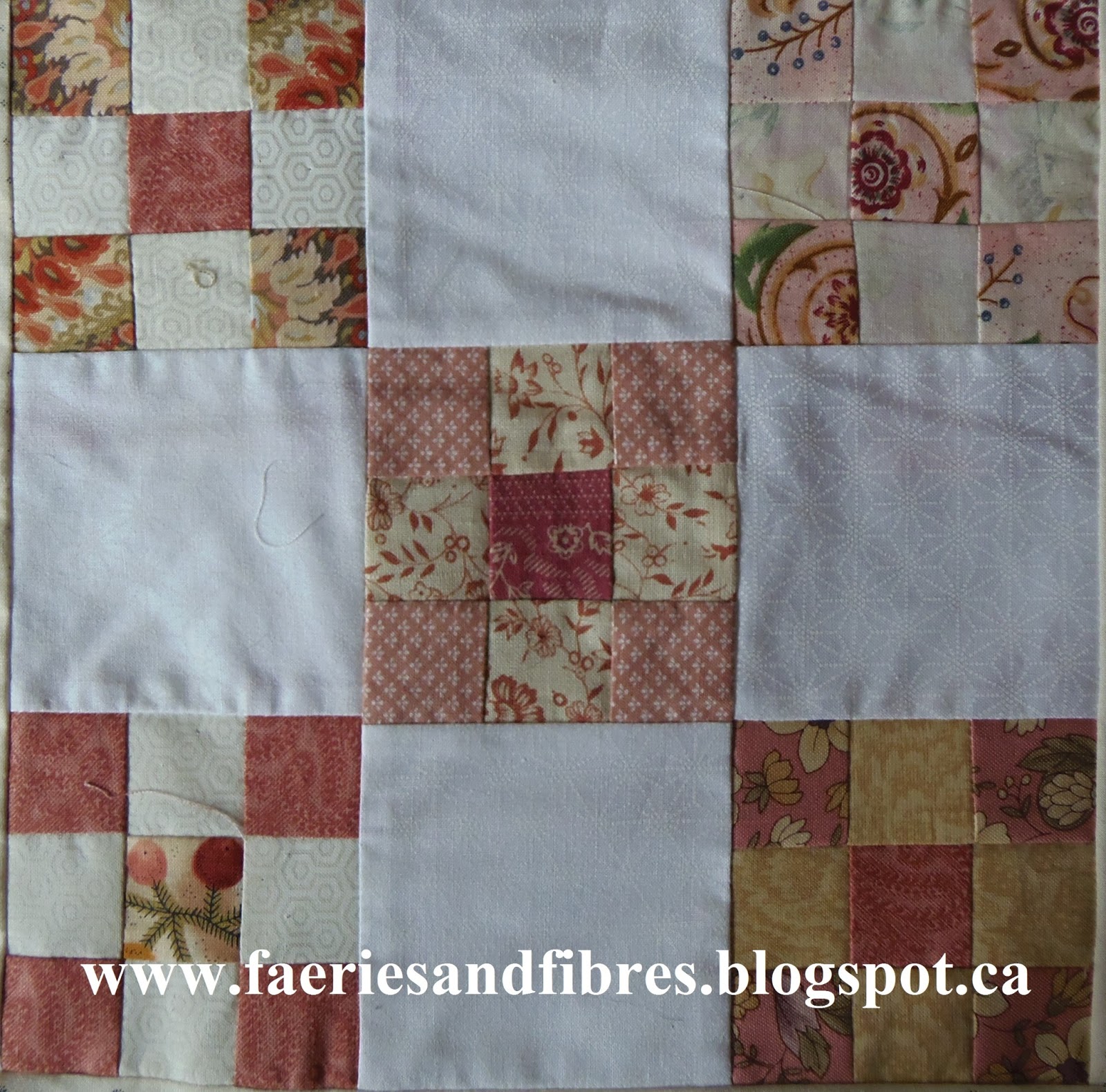 I popped a red nine patch in the centre of the alternating blocks and it popped! I decided to border the red nine patch with a white border so that there was continuity between the two blocks. 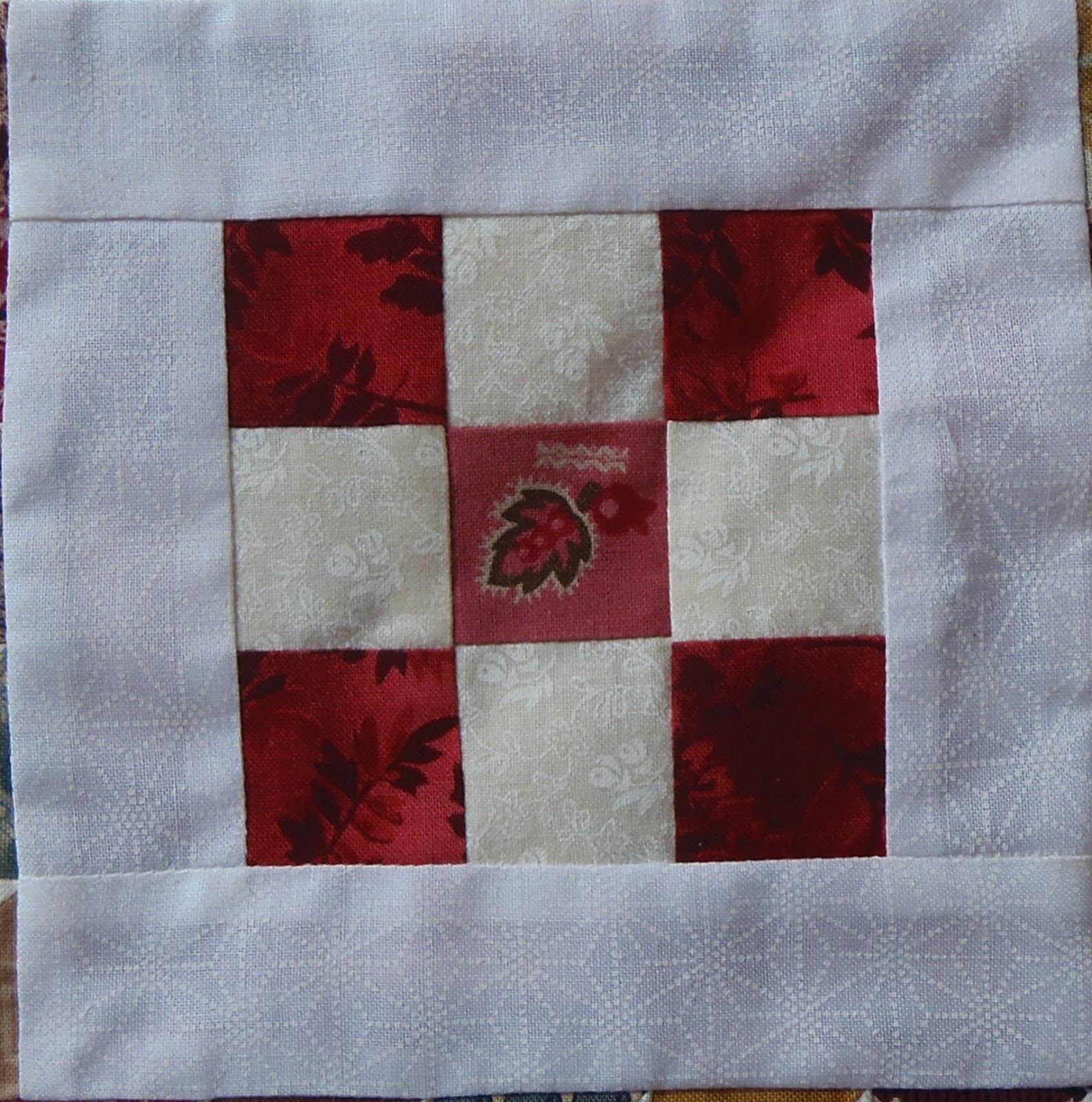 My next decision was to add a border of half square triangles that used print scraps and the same white fabric but I didn't have any left so I substituted another tone on tone print that I thought was white but it was a little creamier. In the end I like the subtle change! 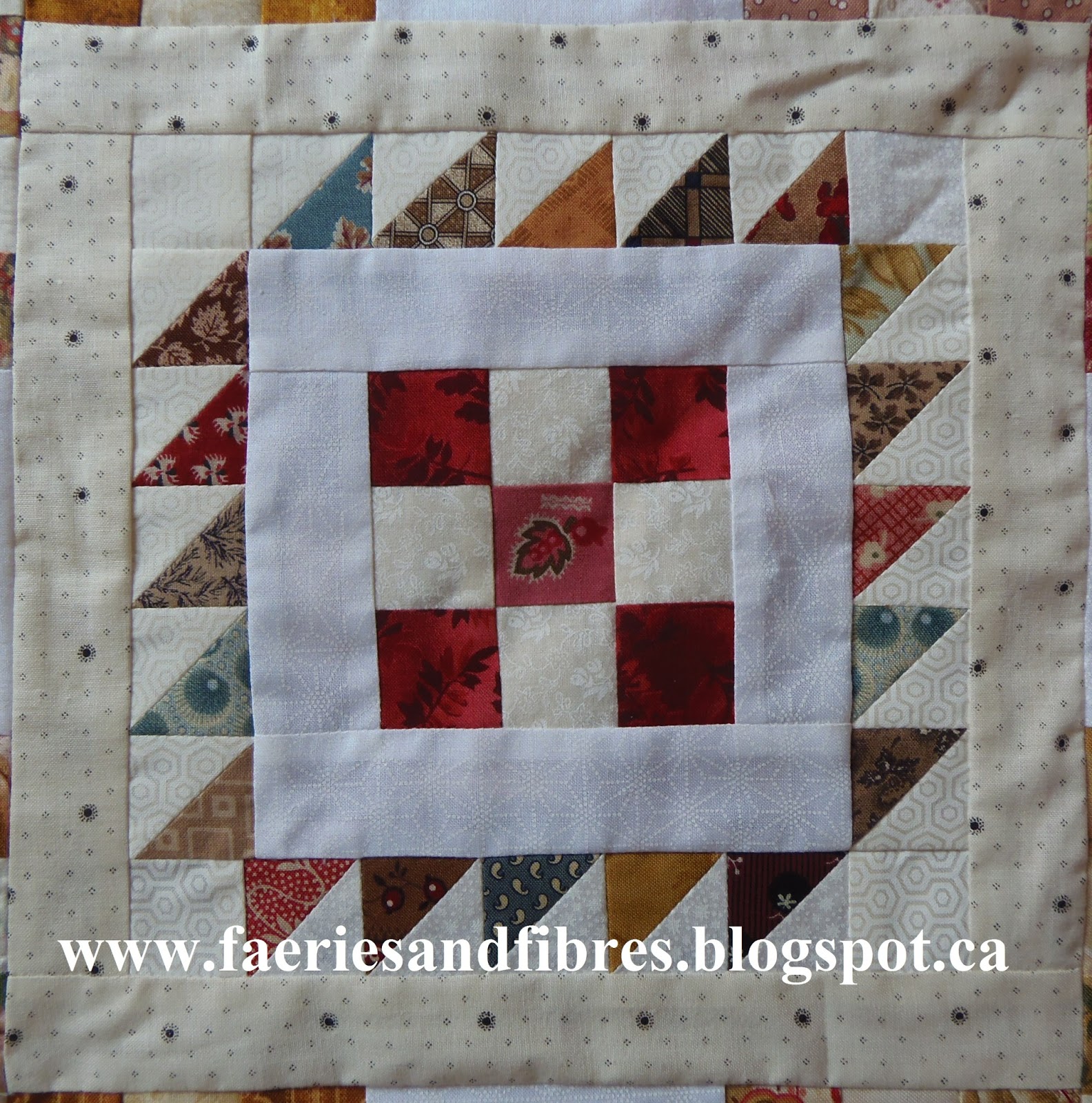 I've told you I learn something with every quilt I make and the lesson learned here? Plan to run out of a fabric - introducing another similar fabric can add depth and complexity.

And now for a few pix from the garden! Zebra girls showed up and wanted their picture taken on the bench with Cherry Blossom! Like me, they love this quilt! 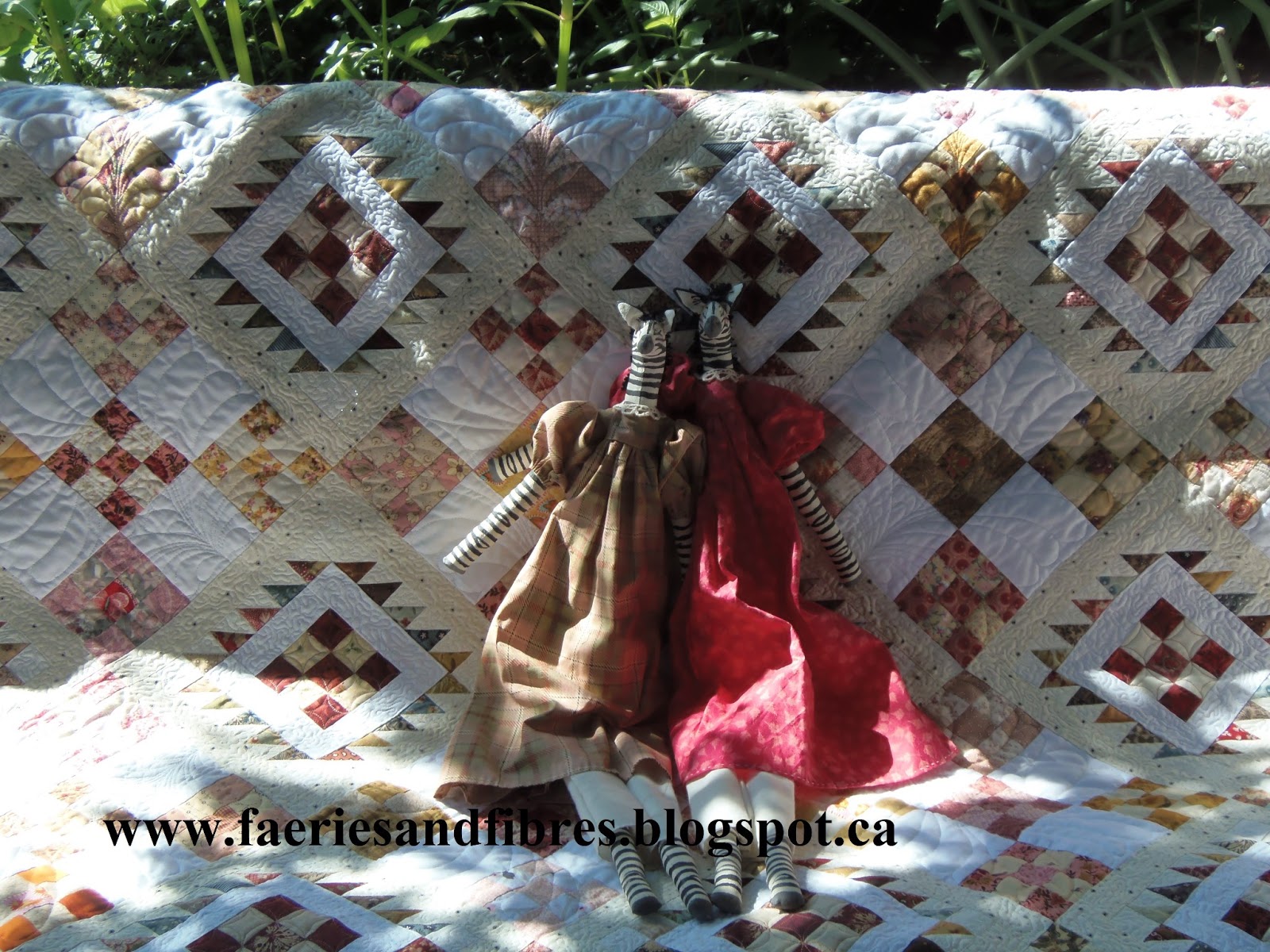 All of a sudden someone showed up in the garden. Never saw HIM before! He's one snappy dresser! 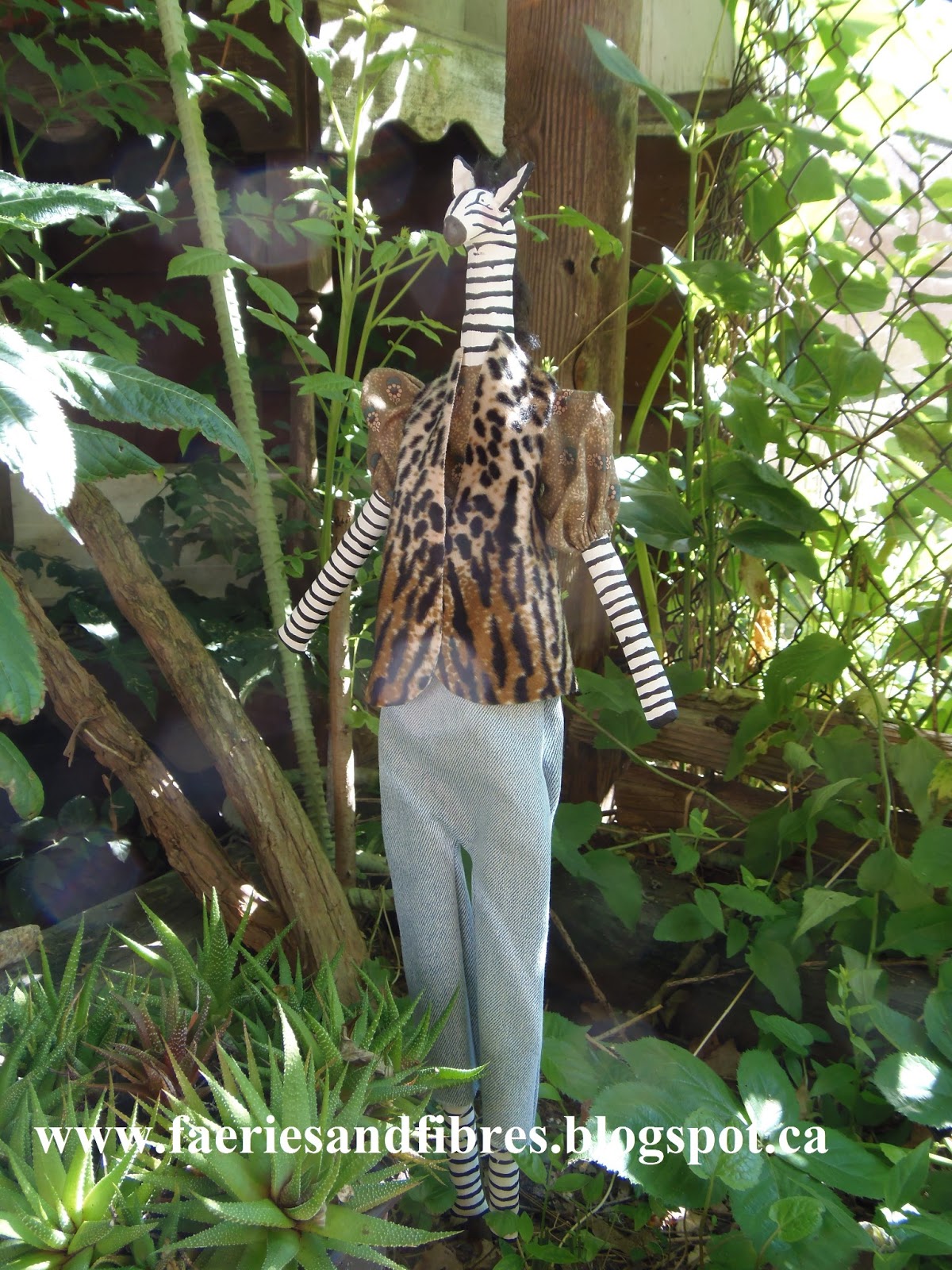 Hello, hello Zebra Fellow! Want to have your picture taken by herself? 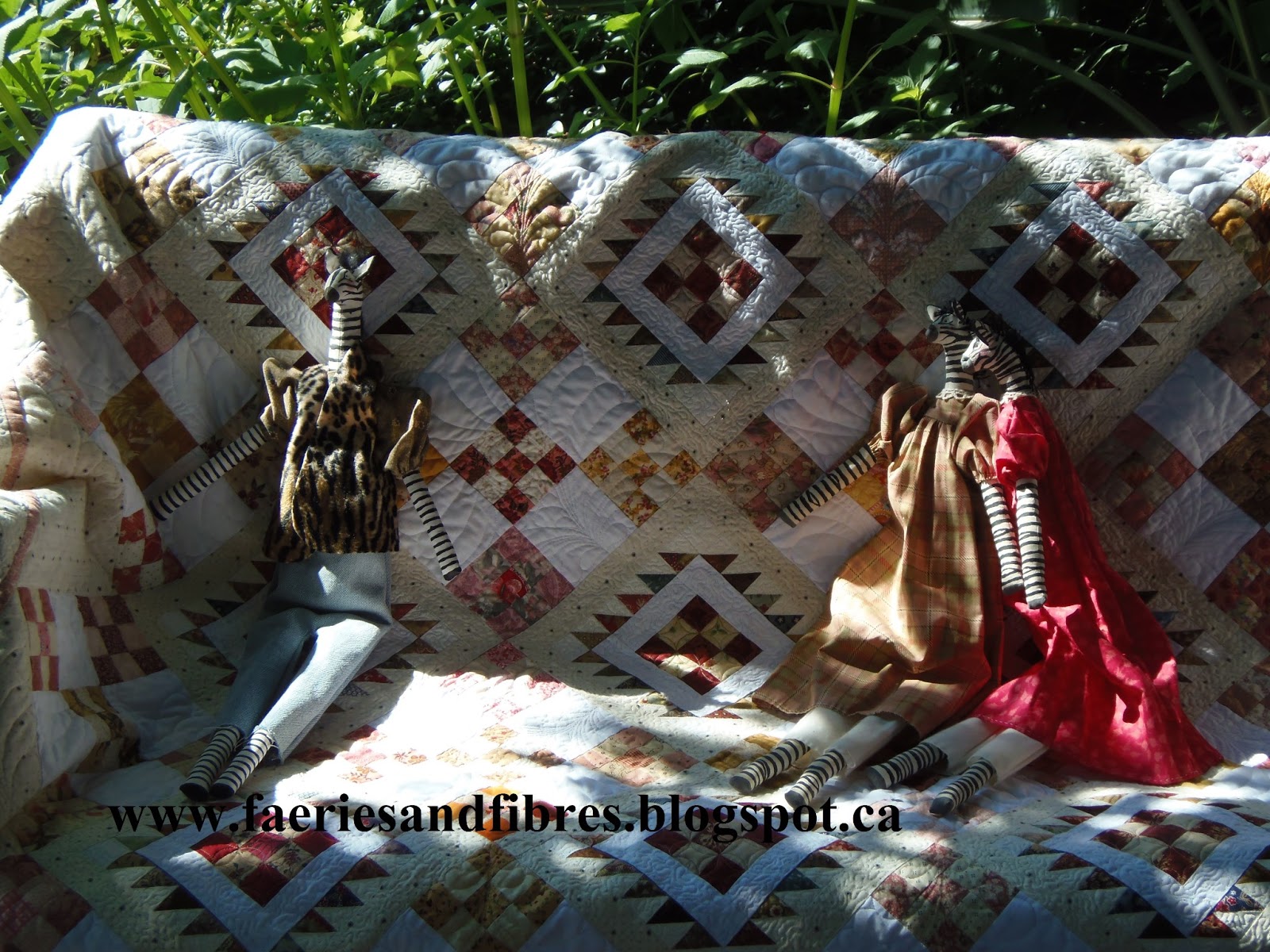 What a happy bunch! I feel a story line developing. We'll have to wait to see what happens. Maybe tomorrow there will be an update! 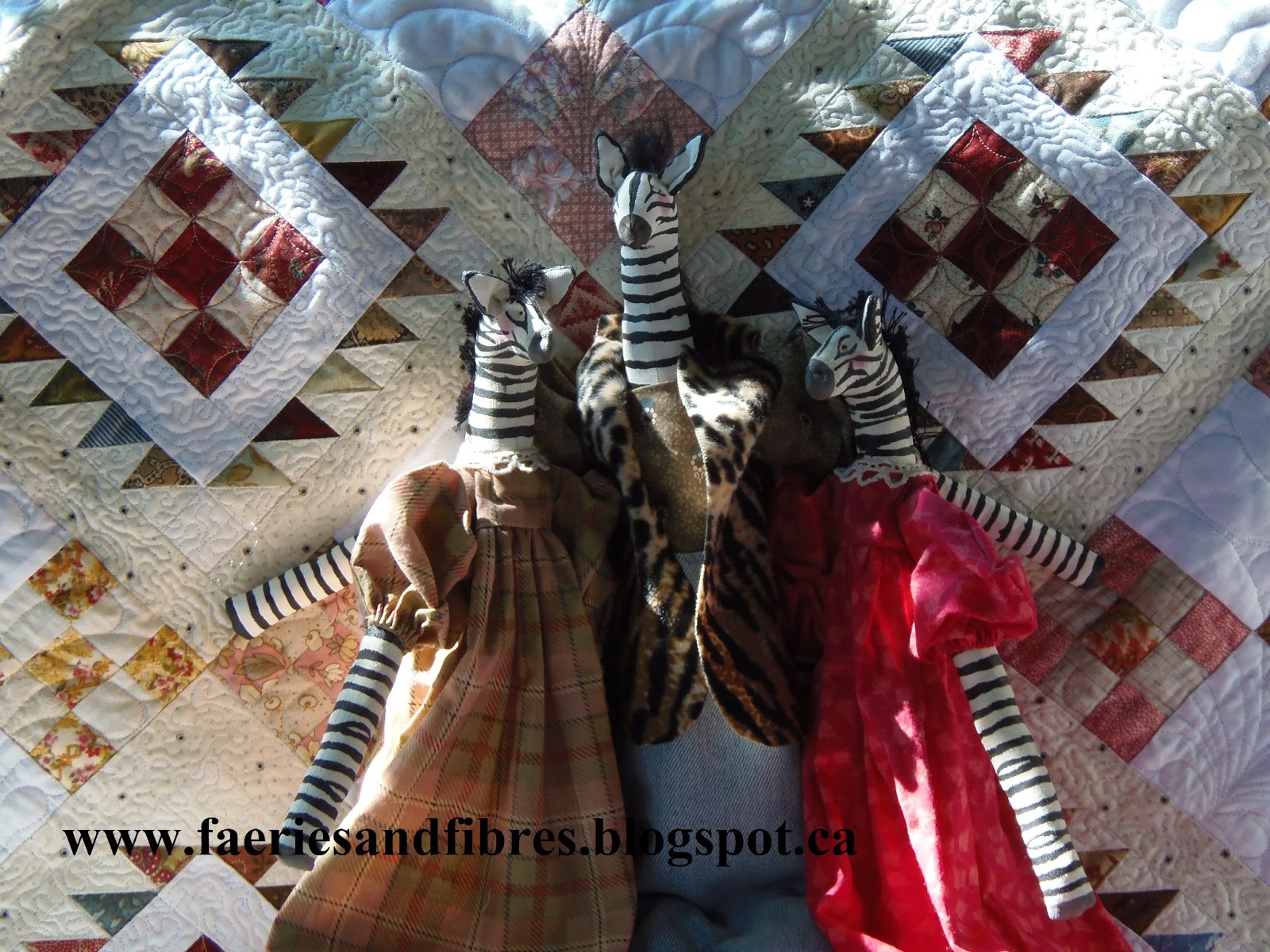 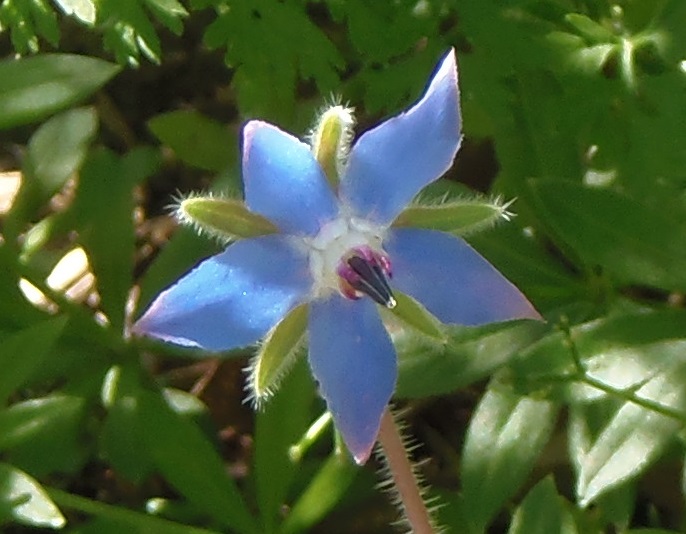 Borage pretty and delicious to eat! 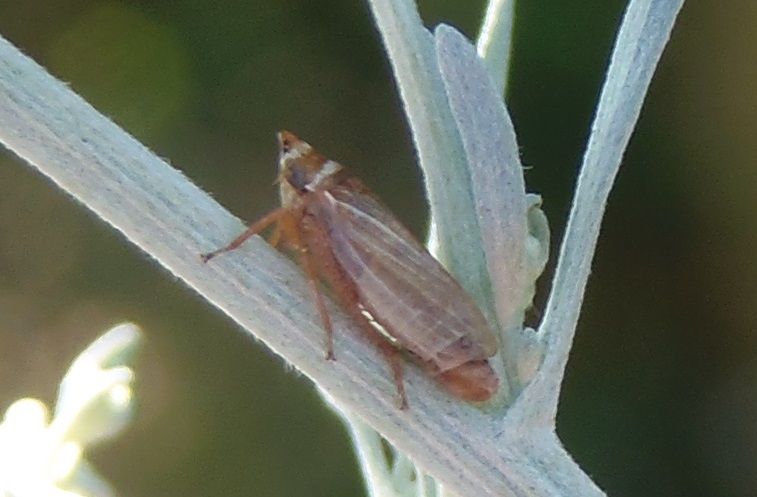 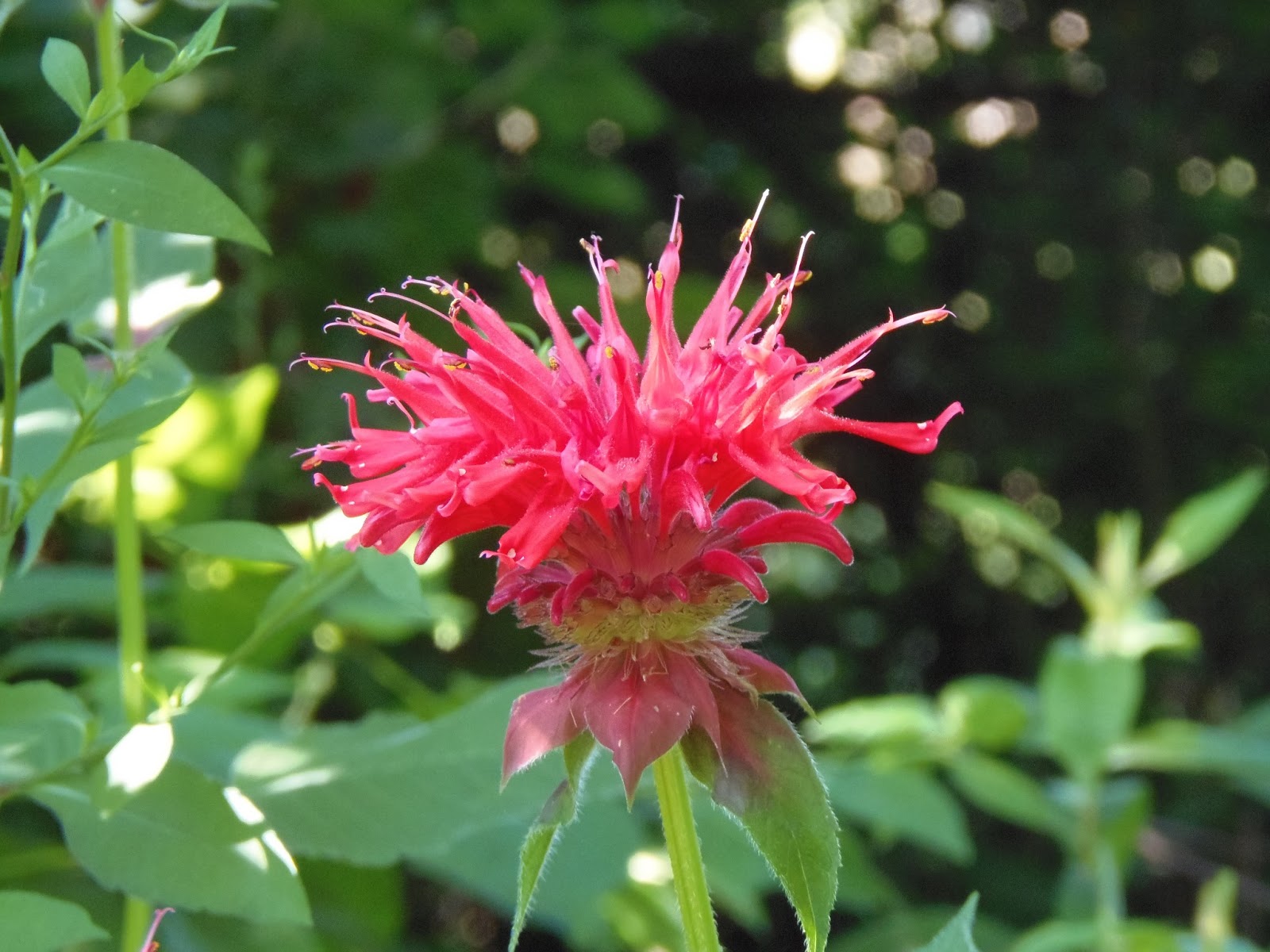 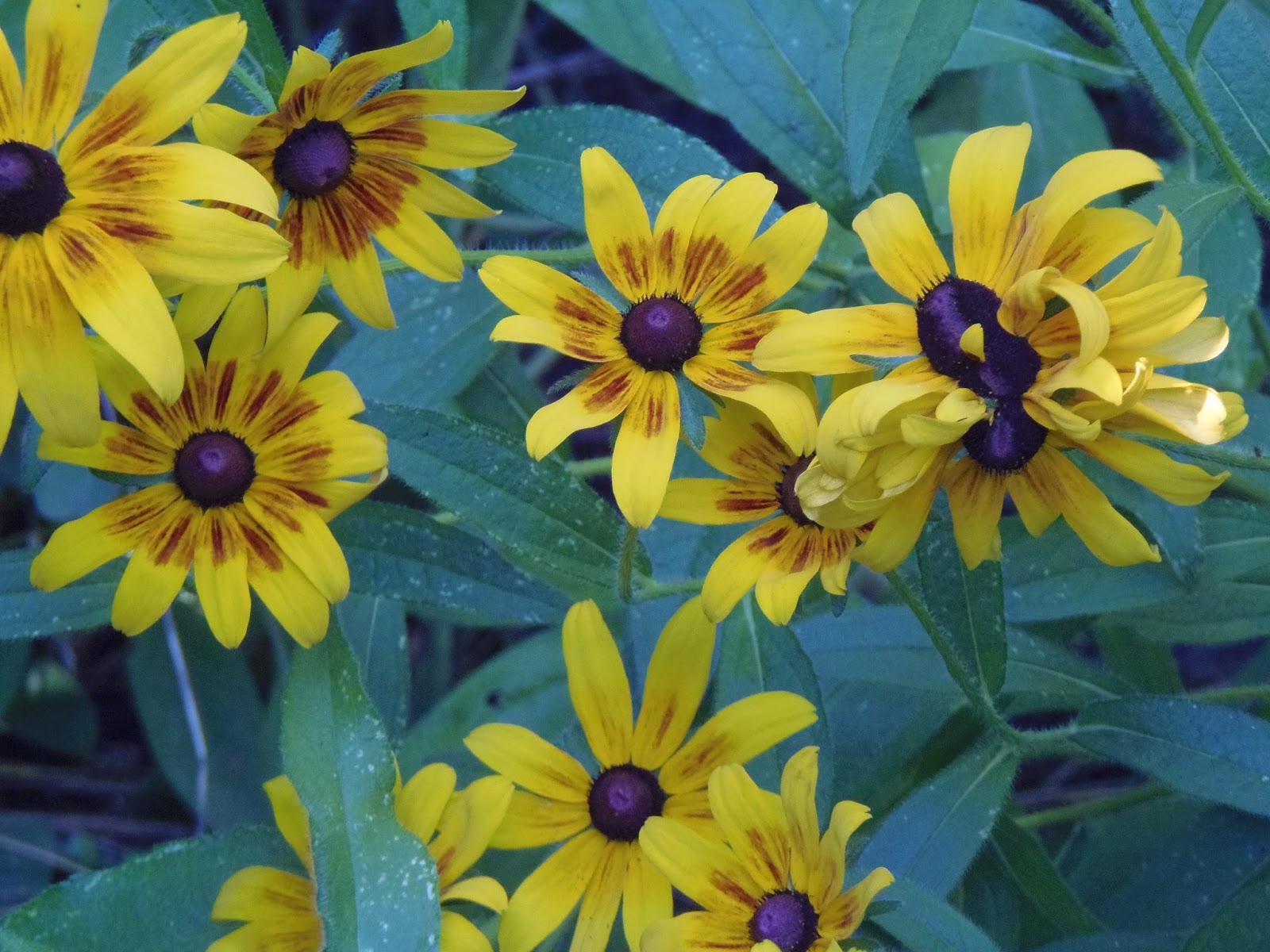