I had planned on cutting more hexagons so I could make rosettes but this girl has been interrupted by you know who......Jinxie! He is about 8 months old and I'm hoping he'll settle down soon and that I'll be able to reclaim my sewing table. 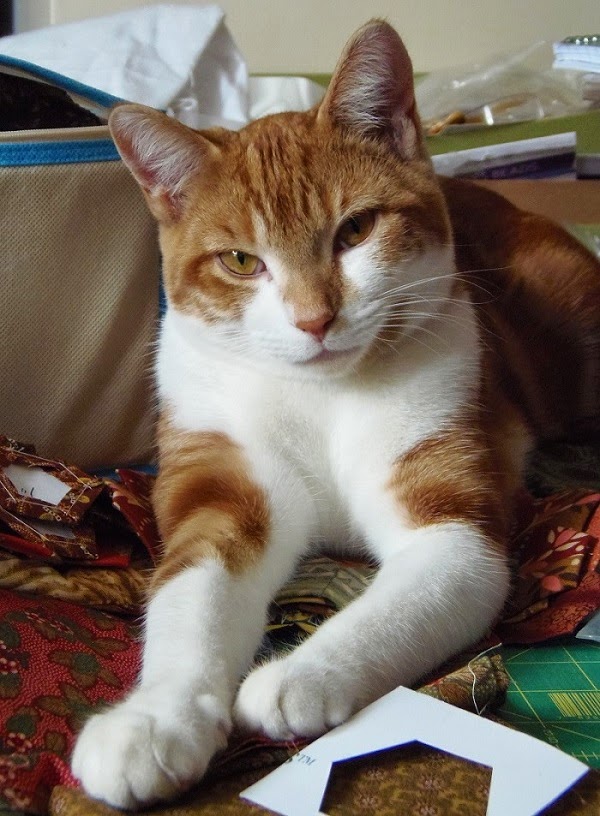 So the cutting may have to wait for another day. Instead I stitched together the pieces of the medallion for Birds in the Loft. I also added to my diagram for the next round. There will be a round of off-white hexagons all around the medallion. I already had them cut and basted so I stitched them together and added them to the medallion too. 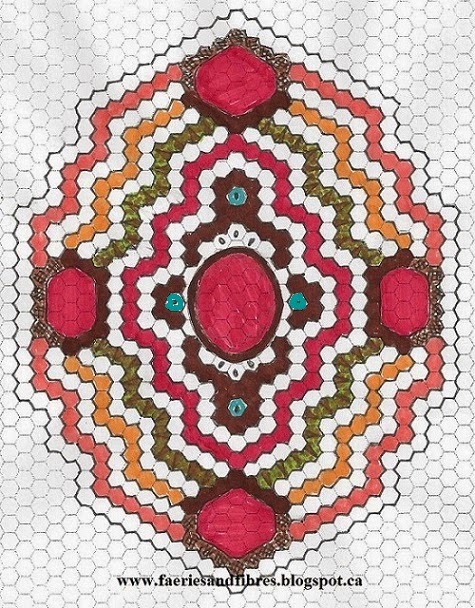 This is the Birds in the Loft medallion stitched together. It is now larger than my design wall so I'll have to start taking pictures outside but it is way too cold and there is far too much snow for that! For now this picture will have to do! 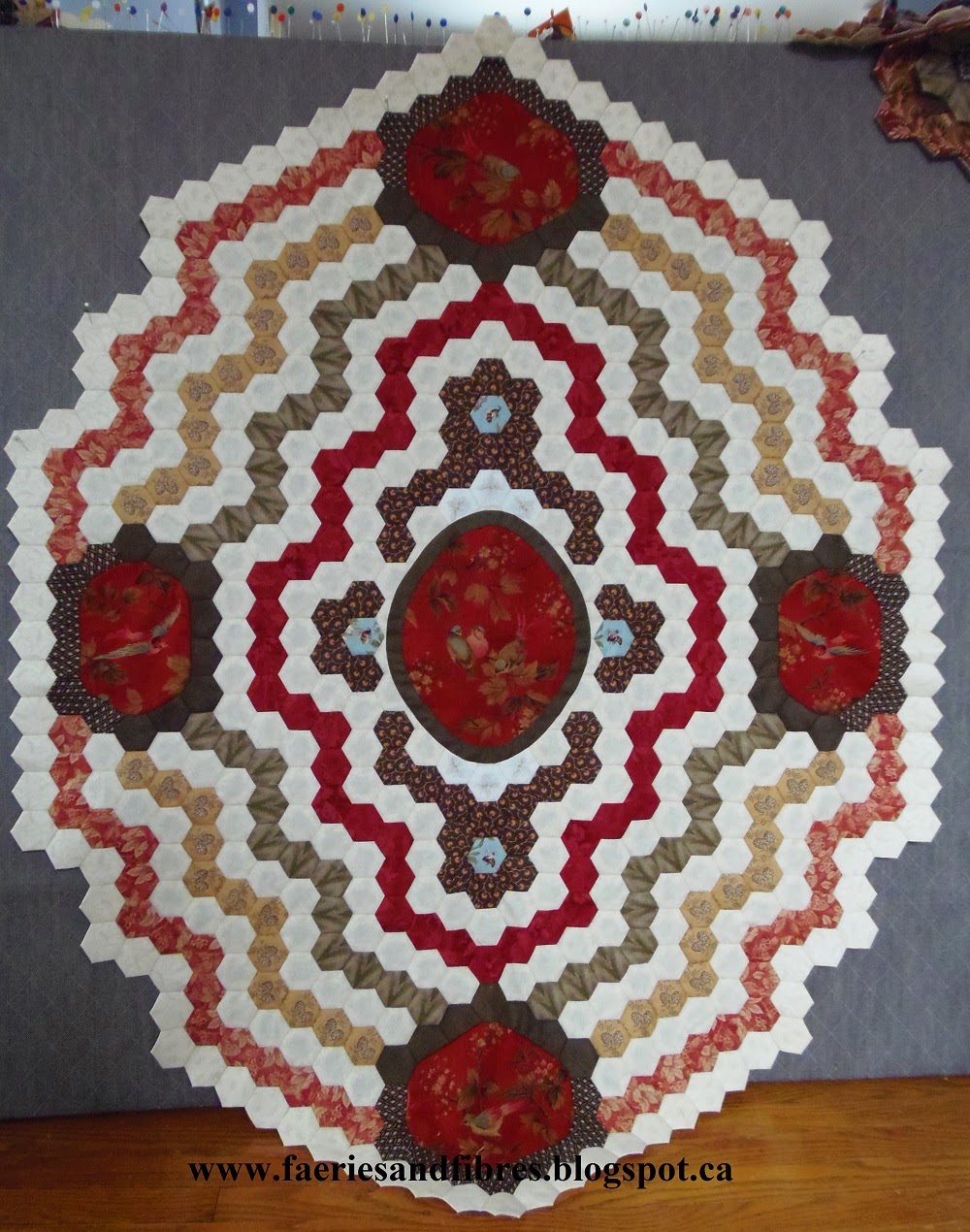 The next round will involve one final print but it will not completely surround the medallion AND best of all I can start adding some hexagon rosettes to the quilt. I've been through my fabrics and have pulled so many different colours and prints. What I finally settled on is a toffee coloured print that looks like a woodblock print. There is nothing on the selvage so I can't tell you anything about the fabric other than I've had it for several years and I quite like the look of it. 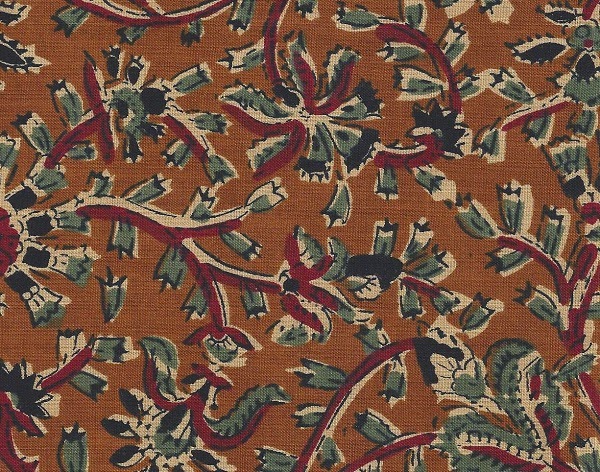 The caramel tones and deep crimson will work well with what I've already got in the quilt. I'll cut some 2 1/2" strips so I can make the hexagons if you-know-who wakes up and gets off my sewing table! 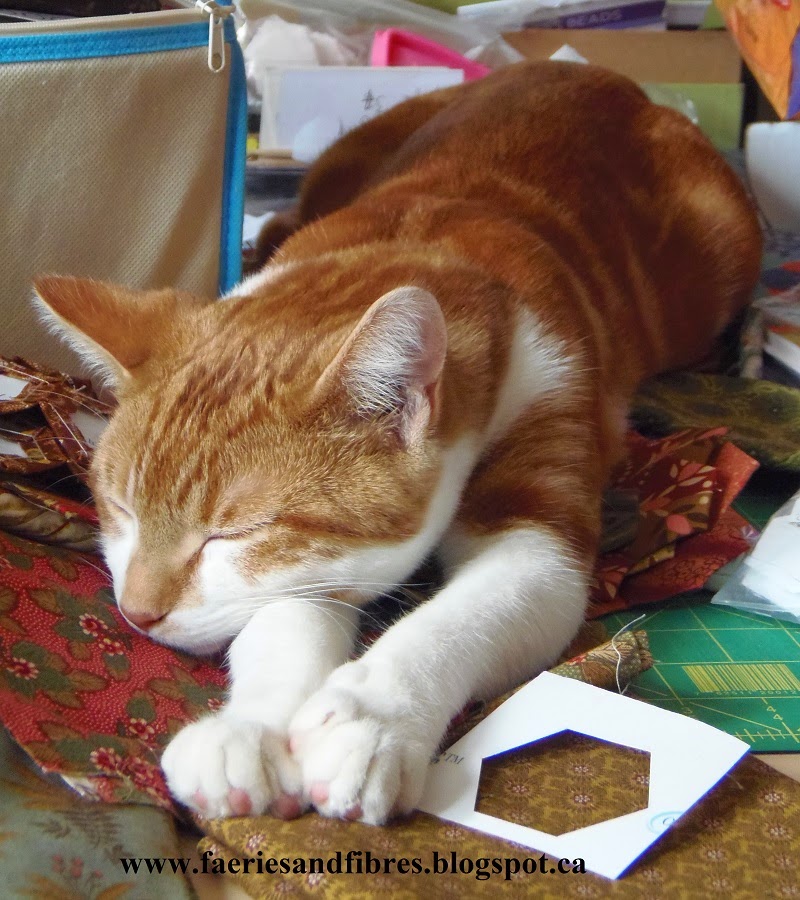 Until I post again, I hope your sewing is uninterrupted!
Karen H
Posted by Karen H at 5:37 AM