I'm back from my blogcation. I had a lovely two weeks off but didn't get nearly as much done as I had hoped. One of the things that I did get done was to write up a pattern for my hexagon mini quilt called  Quilting Bees. The pattern is now available for sale in my Craftsy store Faeries and Fibres. 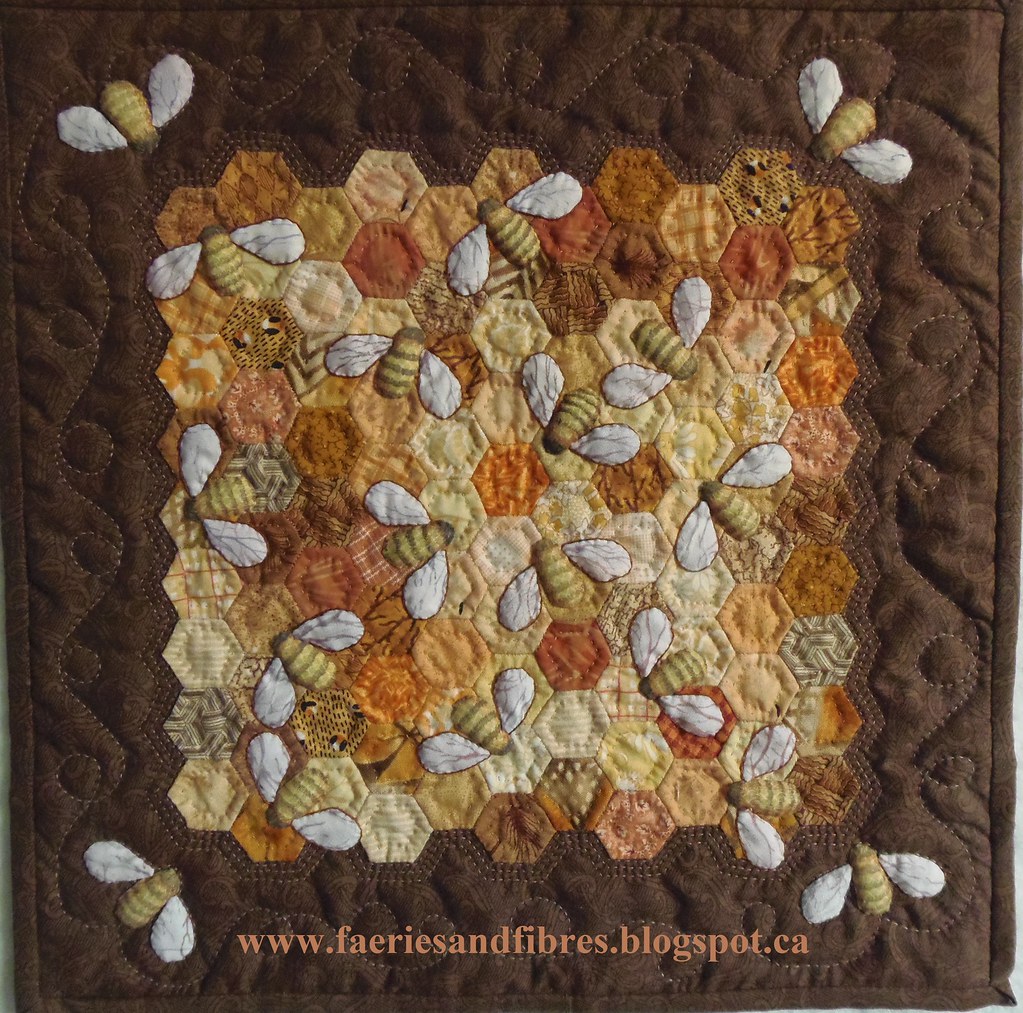 I did get some work done on my new quilt The Meadery. I had already cut strips of honey coloured fabric and from them I rapidly cut a big pile of hexagons. 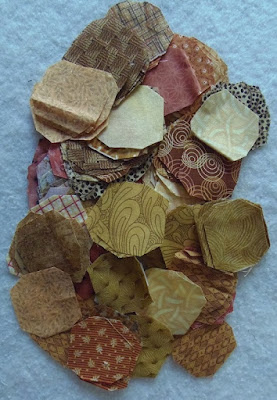 I kept them in a bowl and in the evening I basted them. 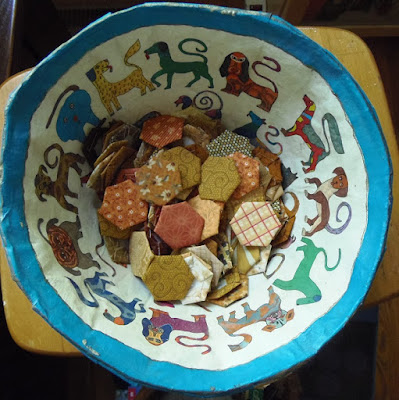 In no time flat I had a really big pile of hexagons basted and ready to be stitched together. 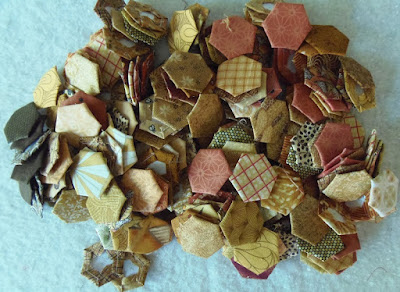 And stitch them together I did! Here is the first of two strips that will frame my medallion.

The next strip will be longer and I'll stitch the two together to make a big "L".  I'm not entirely happy with the grey background of the medallion fabric against the honeycomb and am mulling over some ideas for change. 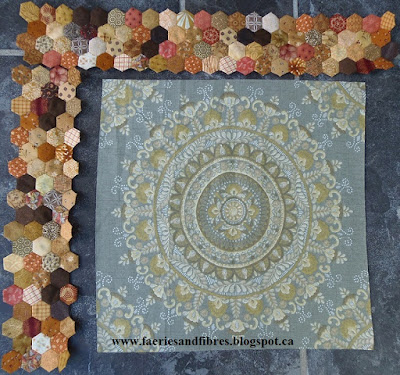 It has been very hot and humid here the past several days. Jinx has been climbing a ladder to get on top of the arbor where he sprawls under the wisteria! Here's a picture of him on his back with his tail hanging between the slats of the roof.  What a life! 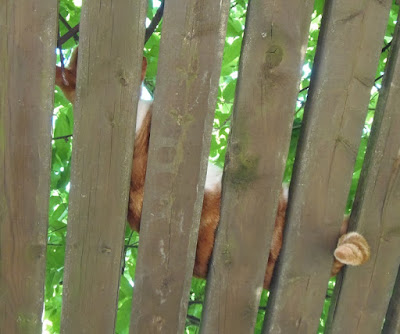