There are a few more Soupcon blocks posted on the Soupcon FLICKR Group. They are lovely. Jean has used flowers in each and I think that a pile of these stitched together would make a great quilt for a gardener! This is her favourite block. I love the pink flowers and the pink background. It makes me think the flowers were reverse appliqued! 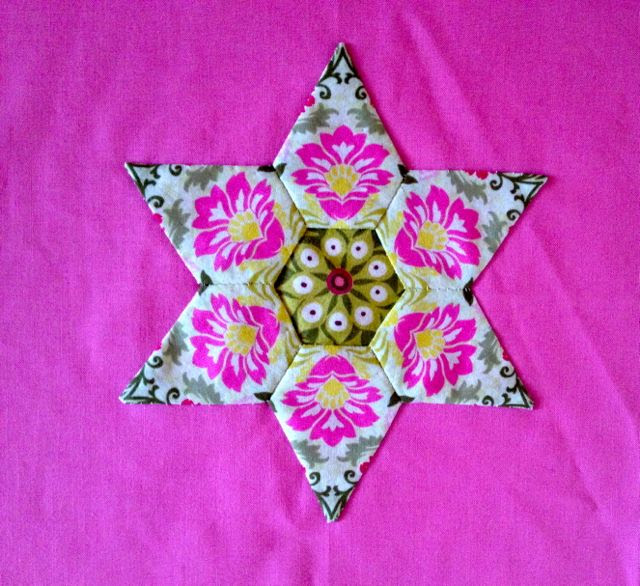 This one is interesting. Notice how the plumes connect in every other inner point. Very interesting and effective technique! 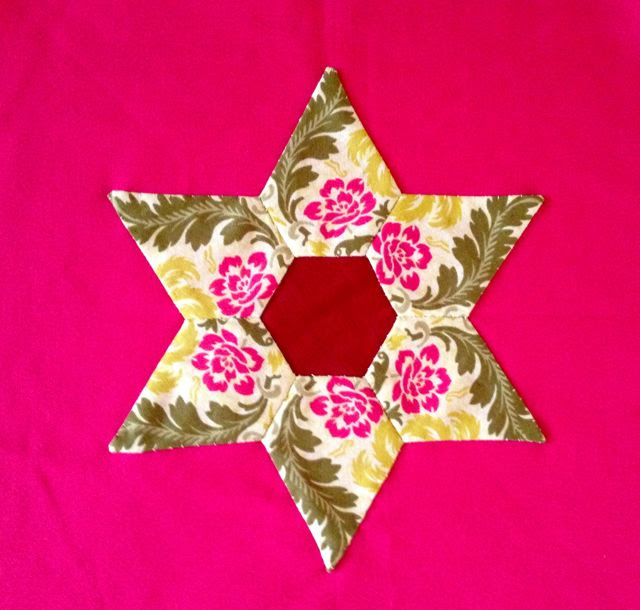 The block below is Jean's first block. She mentioned that she glued the block to the background for applique but then had difficulty removing the basting threads. For her remaining blocks she used tiny applique pins and that's just fine. Use the technique that works the best for you. If you too have difficulty removing the basting threads, here are two HELPFUL TIPS, one for removing basting threads and the other for basting! To remove basting threads that are caught in the glue, place your block right side down on a towel. Place a damp towel on the wrong side of your block and let it sit for a few minutes so soften the glue. The basting threads should slide out no problem. If not, let it sit for a little longer and try again. To avoid this problem altogether, before basting give your star a spritz of starch and a good press with a hot iron. Remove the basting threads and now you can glue (or pin) baste the star to the background. The pressing with starch will keep the seam allowances folded tightly to the wrong side. Now back to this block. This is a great example of each patch not having to be identical.  The roses are slightly different but you still get the movement of them revolving around the center patch. Jean also mentioned that the center patch is slightly off-center but I'll have a fix for that in the next Soupcon installment! 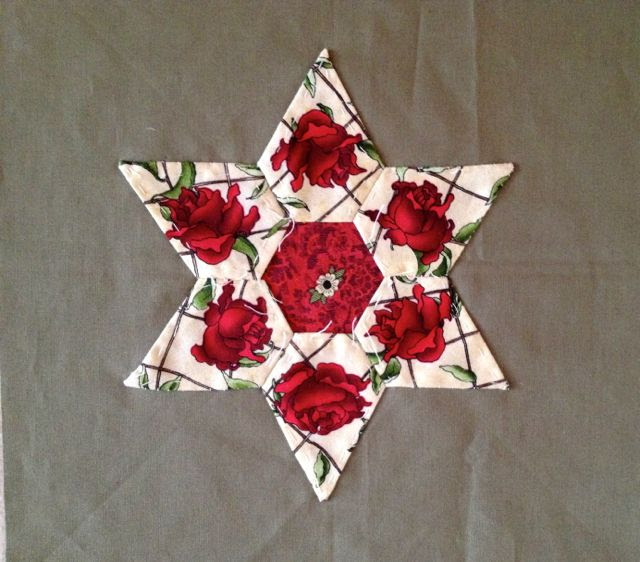 Here is the fourth block Jean made. She has been very busy! Here is another example of something a little different. Notice how Jean has used two different orchids and then alternated them. Lovely! And the brown background is very earthy and organic! It really shows off the block nicely! Jean has done a great job of her blocks. I wonder which one she will use for step 2 which will be released on Friday. So excited!!!! 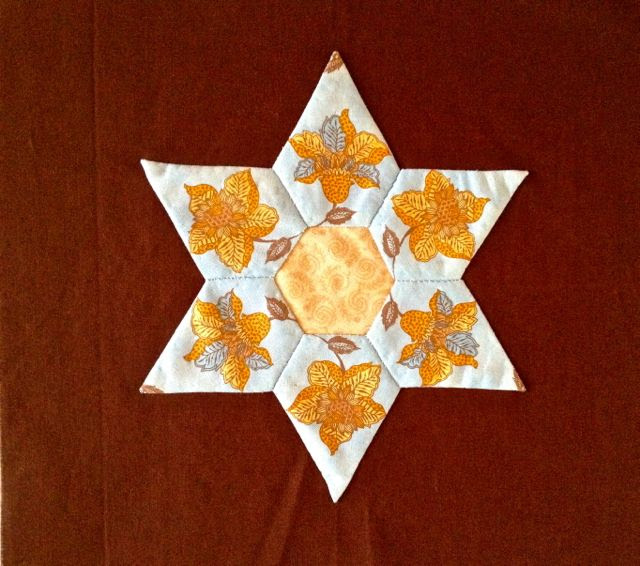 Several days ago I mentioned a hexagon block of the month being hosted by The HEXIE Blog. I decided to give it a go and here is my January block! It still needs to be appliqued to the background (yet another project for yet another day)! This block was cut out, basted and stitched together in one evening. I expect stitching it to the background will take one more evening. Once it is stitched down I might embellish it with some little bits of applique however once again, that will be yet another project for yet another day! I need more days! 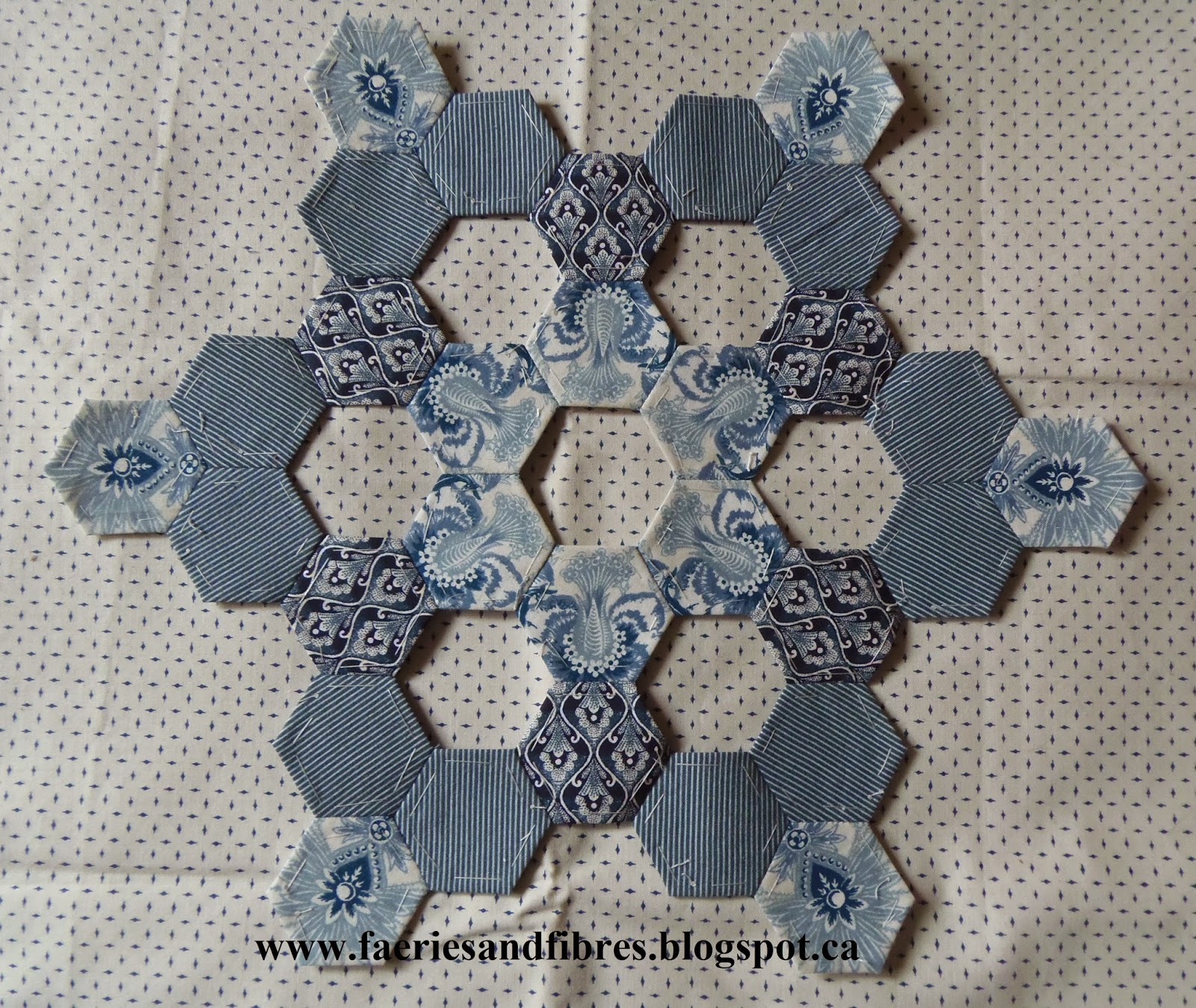 The instructions call for 2.75 yards of background fabric and so I went through my stash. I found two similar fabrics and between the two there is more than enough for backgrounds. Here are the two I chose. 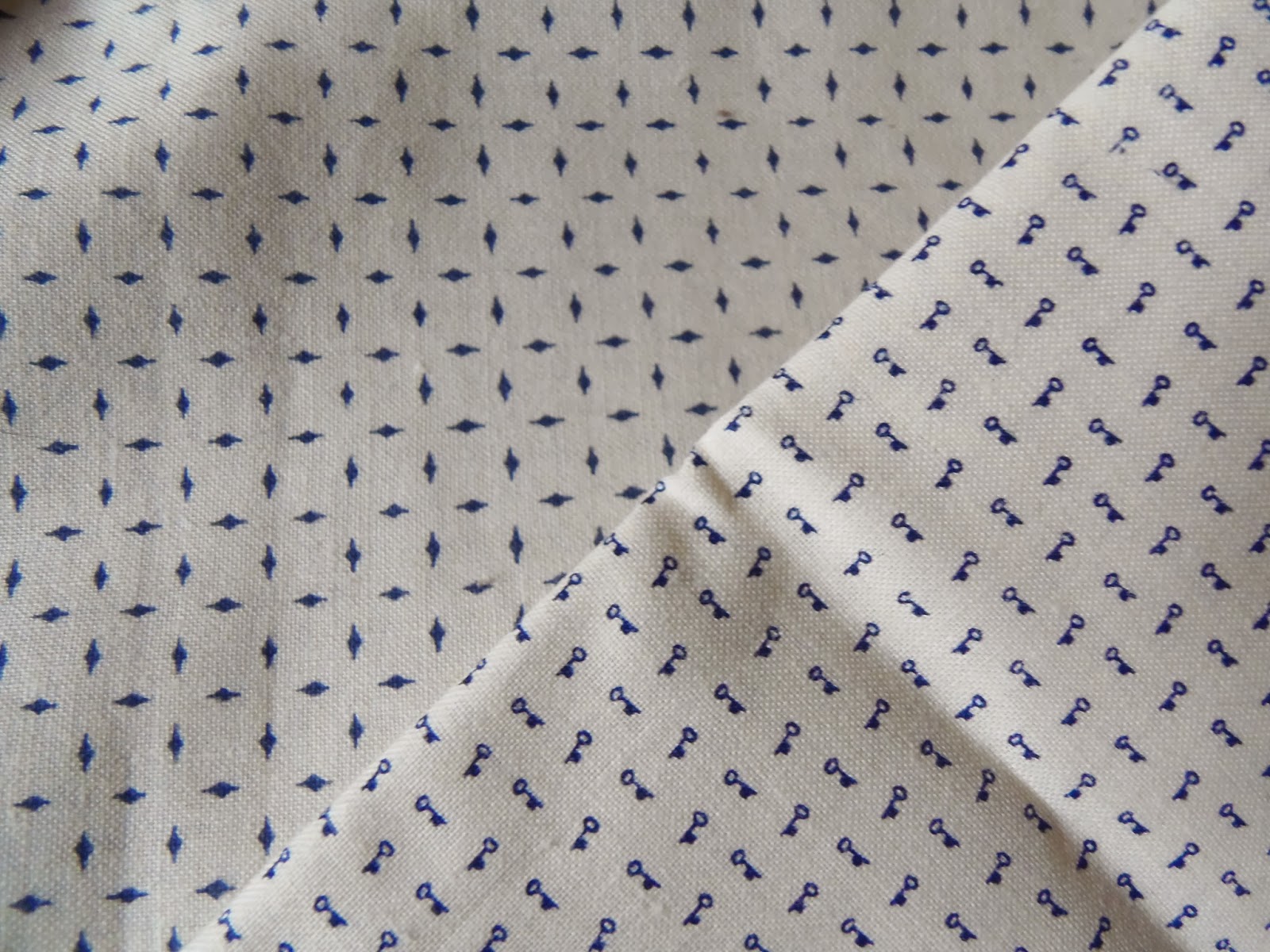 This week I did a demonstration for my Guild and the name of my demo was "Thinking Outside the Half Square Triangle". I really enjoyed doing the demo and tomorrow I'll share with you what I did and what I've been doing! So until tomorrow, happy sewing!