Crosses in the Garden and a peach of a block

Good morning peoples! I've got a new computer, well new to me at least. Yesterday a good part of the day was spent transferring files and then I discovered that not all of my files had been backed up. Added to this is the fact that I have to install software for my camera but it is no longer available online and my new computer does not have a CD player (or as I like to call it a coffee cup holder). So today I'm going to have to figure out how to install camera software. Aggrannoying (aggravating AND annoying) to say the least. ARGHHHH!!!!!

Fortunately before I switched computers I took pictures of my Gardens of a King blocks so I've got another two blocks to share with you. I'm not entirely happy with either cross block but they are going in the quilt as they are and once they are reverse appliqued they will look more pleasing to my eye I'm sure. One thing I do know for certain is that once they are in the quilt with all of the other blocks any doubts I may have will disappear! However if they don't then I'll remake the blocks until I'm happy with them! 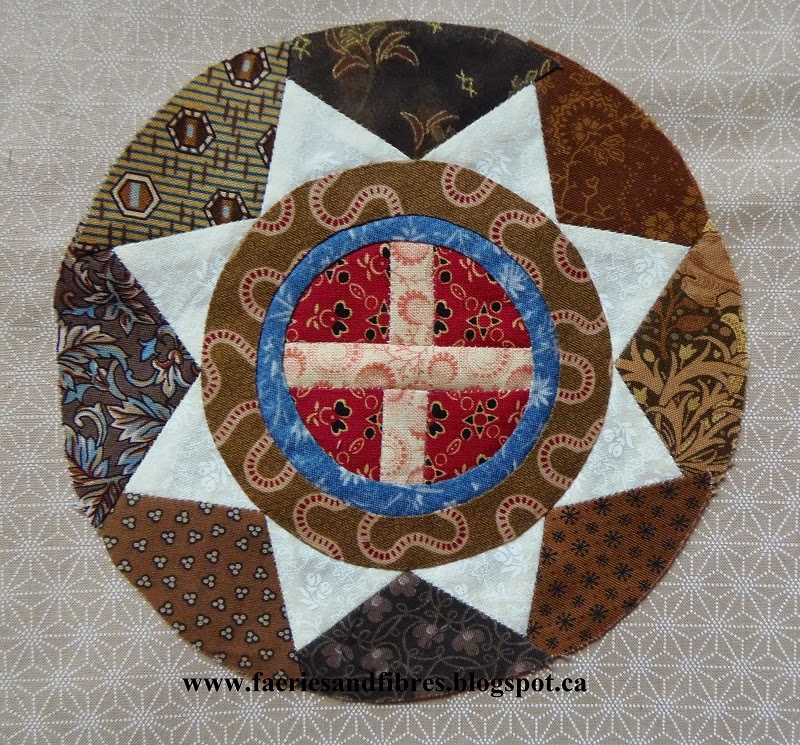 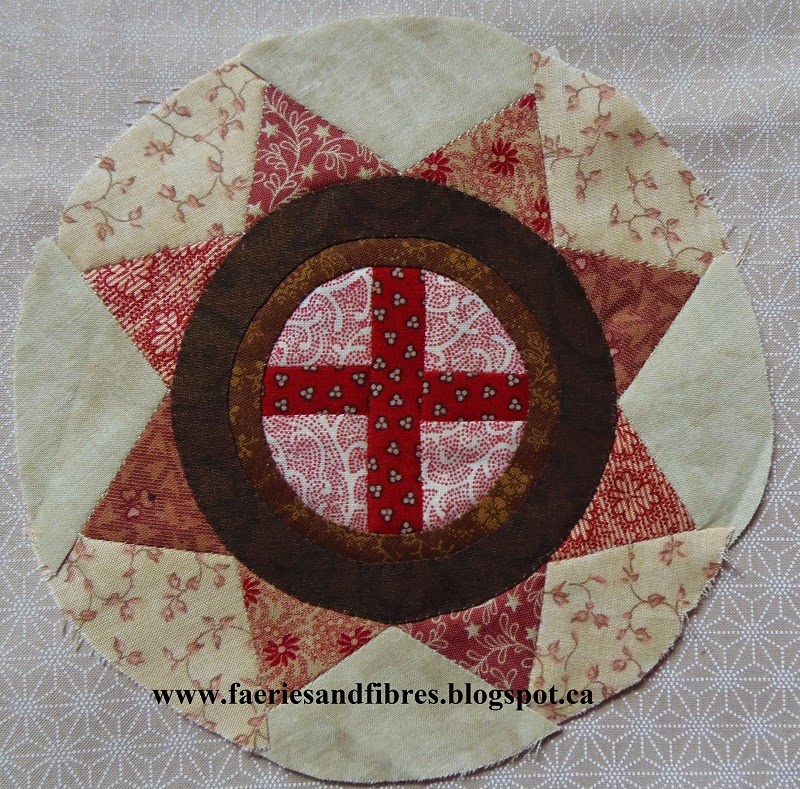 Missie published more sneak peeks of her quilt. You can see them here and the BIG REVEAL is now posted here. Her interpretation of the King George III coverlet was made with the permission of the Victoria & Albert Museum. The finished size of the quilt is 63" square. I think it would make a fabulous wall hanging. Her pattern will be available shortly.

This is my second of twelve applique blocks for the border. I still have one peach floating in space so it needs a stem which I will embroider. I like to personalize my quilts and add my own details so I'm thinking I might squeeze the odd insect in with the various fruits and flowers! 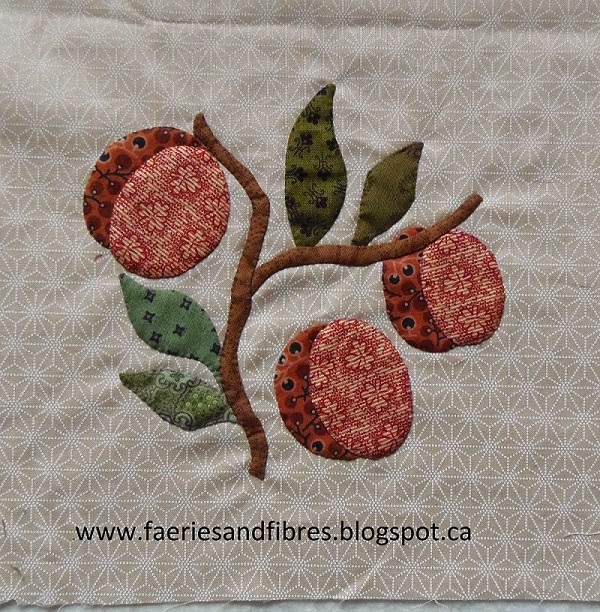 I've got the centre medallion started and will share pictures in the next day or two (assuming I can get my camera software installed)!

Until I post again, happy sewing!
Karen H
Posted by Karen H at 5:05 AM

Email ThisBlogThis!Share to TwitterShare to FacebookShare to Pinterest
Labels: Gardens of a King, peach