A Soupcon Step 5 Teaser and another Soupcon Trunk Show

Tomorrow I'll publish Part 5 of my Soupcon Quilt Along (QAL). It is the second last step! Where did the time go? I know many of you are very excited to find out what comes next so I thought I would give you a little teaser of what might be in store for you tomorrow! What are we going to do you ask? Well now that would be telling! 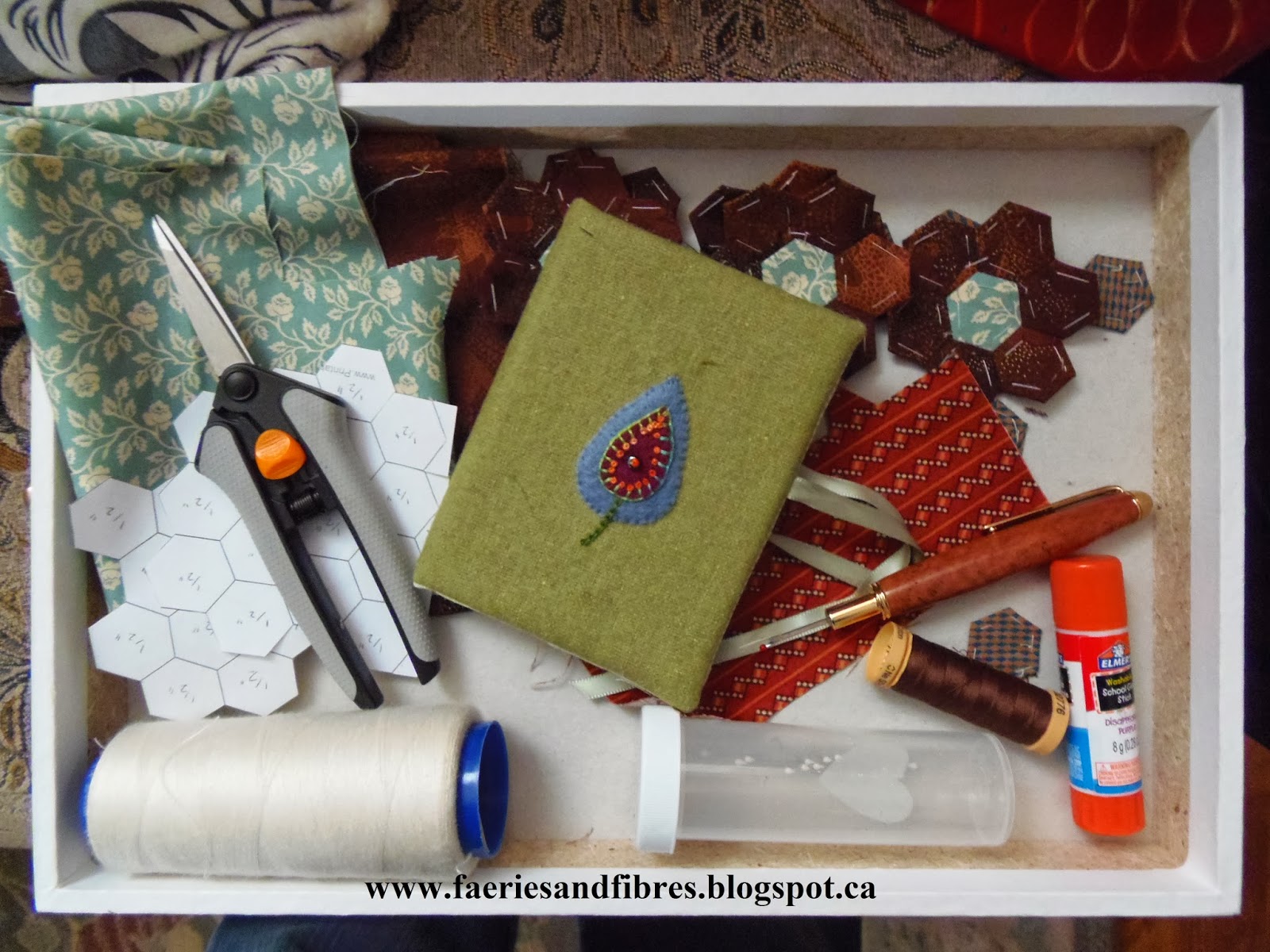 If your quilt measurement is a little off don't worry. You can make any necessary adjustments in Step 6! I like to build wiggle room into my quilts so there's a place where I can make corrections when required.

How about a quick look at what you lovely readers have done since the last trunk show? Grab a cuppa and settle back but this is going to be a good trunk show!

Carrie of A Passion for Applique has added her icy blue border. Very cool! She has also repeated her modified hexagon fabric in the narrow borders and it makes me think of crazed ice!

Jean Cockburn has six quilts with borders on. She wrote that she is concerned that the soft green ring is too close in value to the background. My suggestion is to embroider a thin line around the ring to add some separation and definition.

This is Jean's second quilt. The  border just pops in a really good way!

This is Jean's third quilt. She wrote that she ran out of some of her border fabric and had to improvise. I had to look closely to figure out where she had improvised. Running out of fabric forces one to get creative and I think that if the right fabrics are substituted it adds depth, character and visual interest to the quilt. I think it is a good idea to plan to run out of a fabric every once in a while and then see what happens!

The border on the fourth quilt is made with the same fabric as the modified hexagon. I love the dark narrow borders because they frame the piece so nicely!

Jean's fifth quilt! A polka dot border? How exciting and vibrant and modern! Doesn't the dark blue background seem to float over the polka dots? I think so!

Jean's sixth quilt repeated the fabric from her modified hexagon in the border to great effect! I think the bits of leaves in the pieced border really enhance the embroidered leaves.

Quilting Gammy (Sheila) has created this romantic version of Soupcon.  Lovely! Now that the border is on it looks so different. Isn't it wonderful how the floral print echoes her embroidery details? I didn't notice that as much before the border was added!

Clare's quilt is a stunner! I can see that she has repeated her modified hexagon fabrics in the border and the effect is very dramatic! The batik seems to recede and the pieced border comes forward. What a terrific effect!

And last but not least here is yet another of Nellie Durand's fantastic Soupcon-inspired creations. One of the comments was that with the addition of the outer border the center seems to float. Doesn't it just? To read more about what Nellie has planned for this quilt go here. But be warned: if the men in your life own ties I suggest that they hide them somewhere safe before you read what Nellie is doing!

Tomorrow morning I'll post Part 5 of my Soupcon QAL and there will be an interesting HELPFUL READER'S TIP. Any hexaholics out there will find the tip particularly hexciting so be sure to visit tomorrow. Until then, happy sewing!
Karen H
Posted by Karen H at 6:00 AM