UPDATE June 2016: Since I wrote this post I've switched to basting from the back. It is fast, easy and it protects the paper hexagons so that I can get multiple uses from each one. An added plus is that the seam allowances are kept flat and smooth! I wrote a tutorial on basting from the back and you will find it here.

Many of you read about the making of my quilt Stars in the Loft in May 2013. I had found a quilt book in a hayloft in an old barn in the later 1990s. 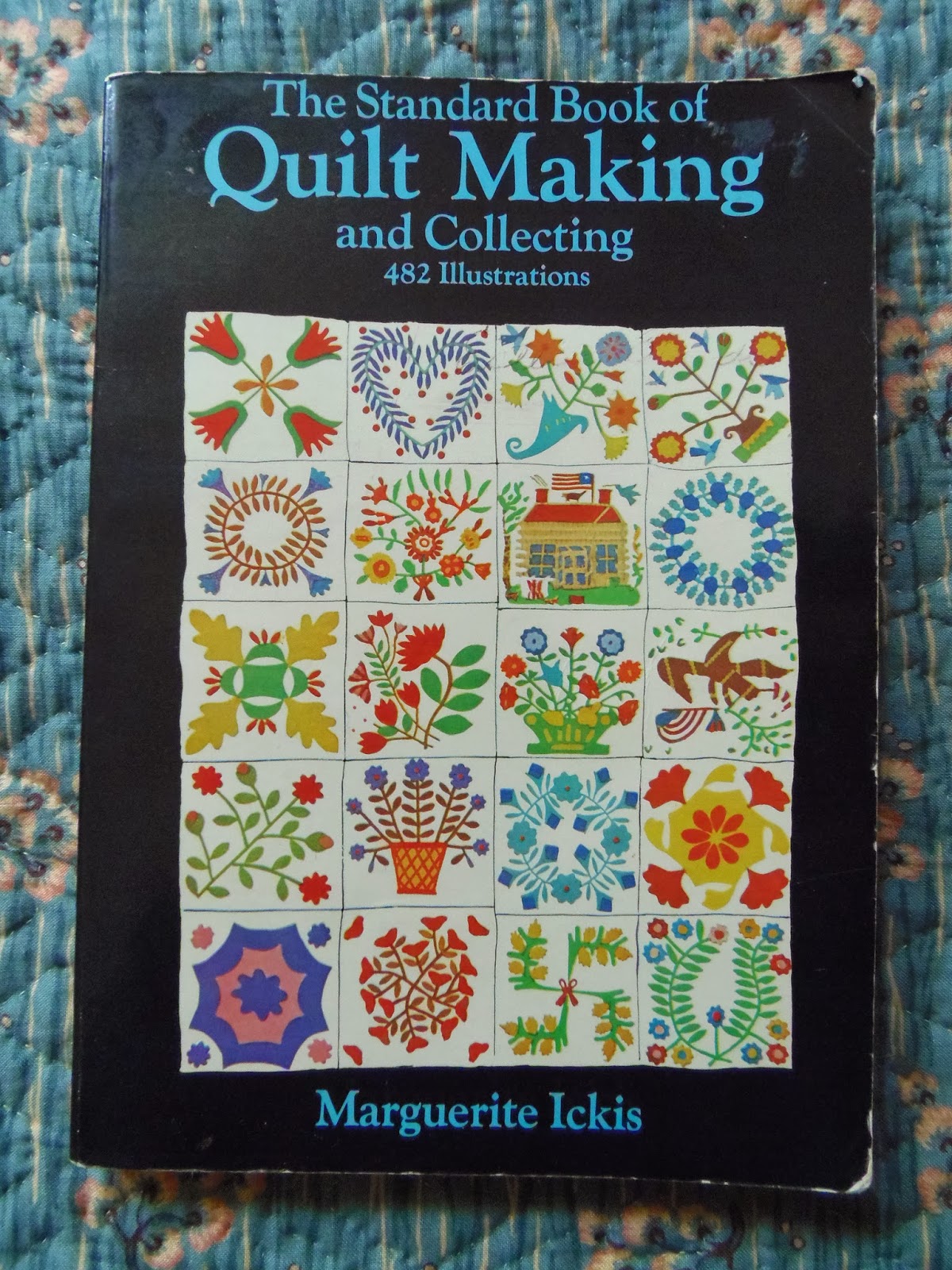 There was a black and white picture of a beautiful quilt and knew I had to make the quilt. There was no information about the history of the quilt, the maker nor was there a pattern. It was simply described as a "mosaic quilt" and the pattern was called "honeycomb". Drafting a pattern was fairly straight forward. I loved the center medallion, especially the dark fabric with light coloured stripes but had no idea where I could find fabric to achieve that effect so that was the genesis of my foundation pieced English paper piecing technique. 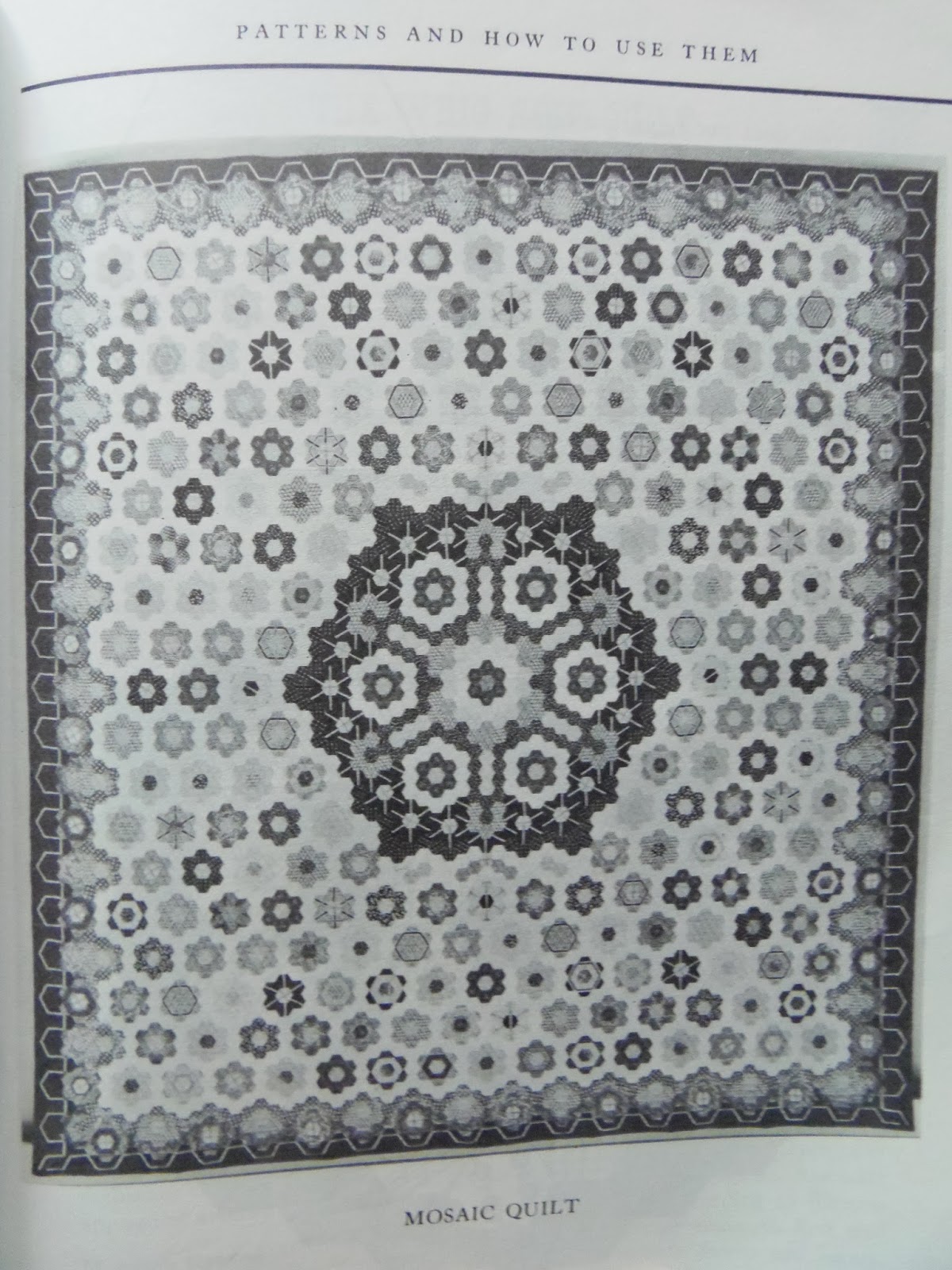 I liked the idea that the picture was black & white because I wasn't influenced by the colours of the original. So here is my version of the quilt. I also took some liberties and put my own touches on the quilt one of which was the stars in the border. 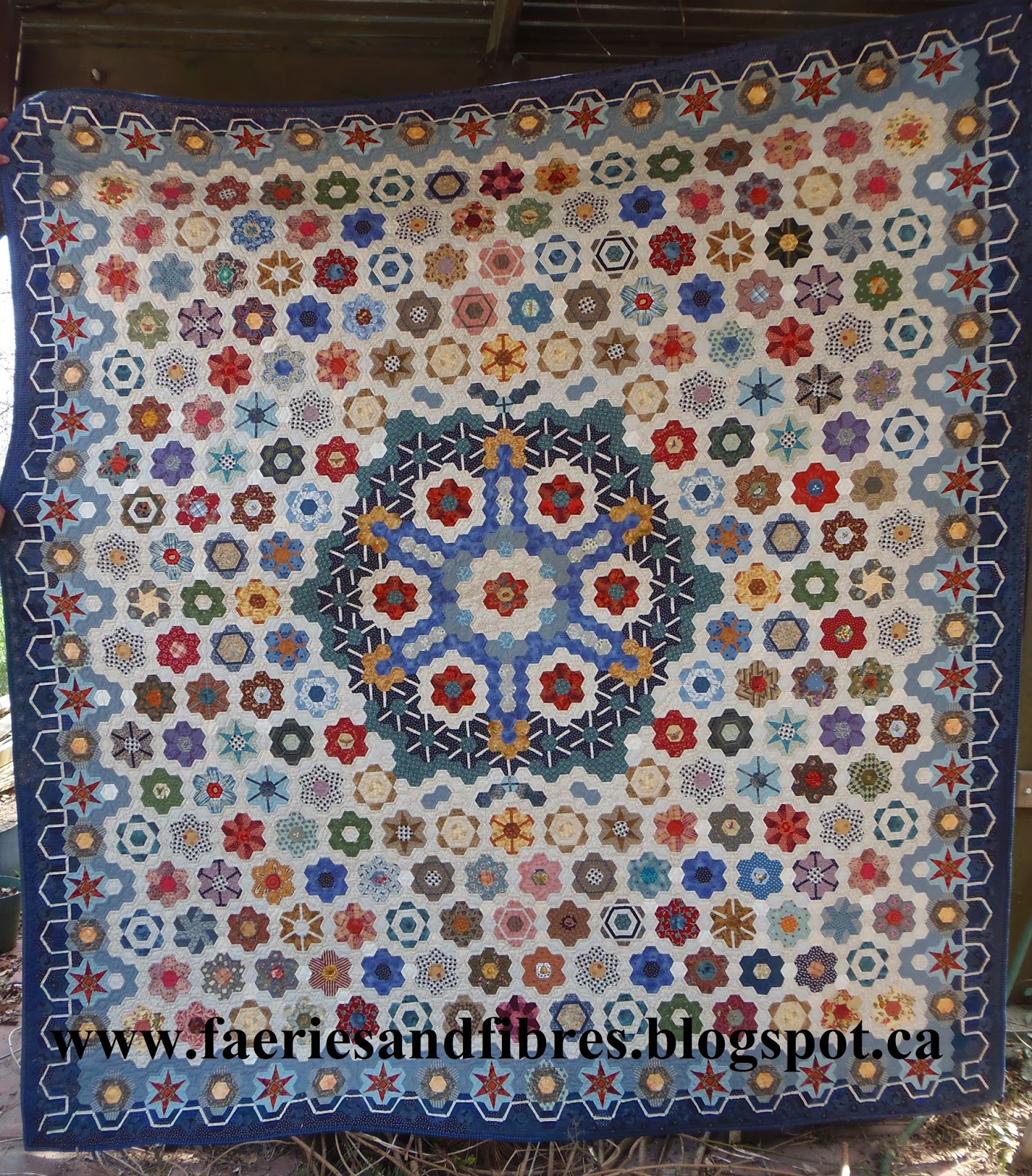 This is a close-up of the center medallion. 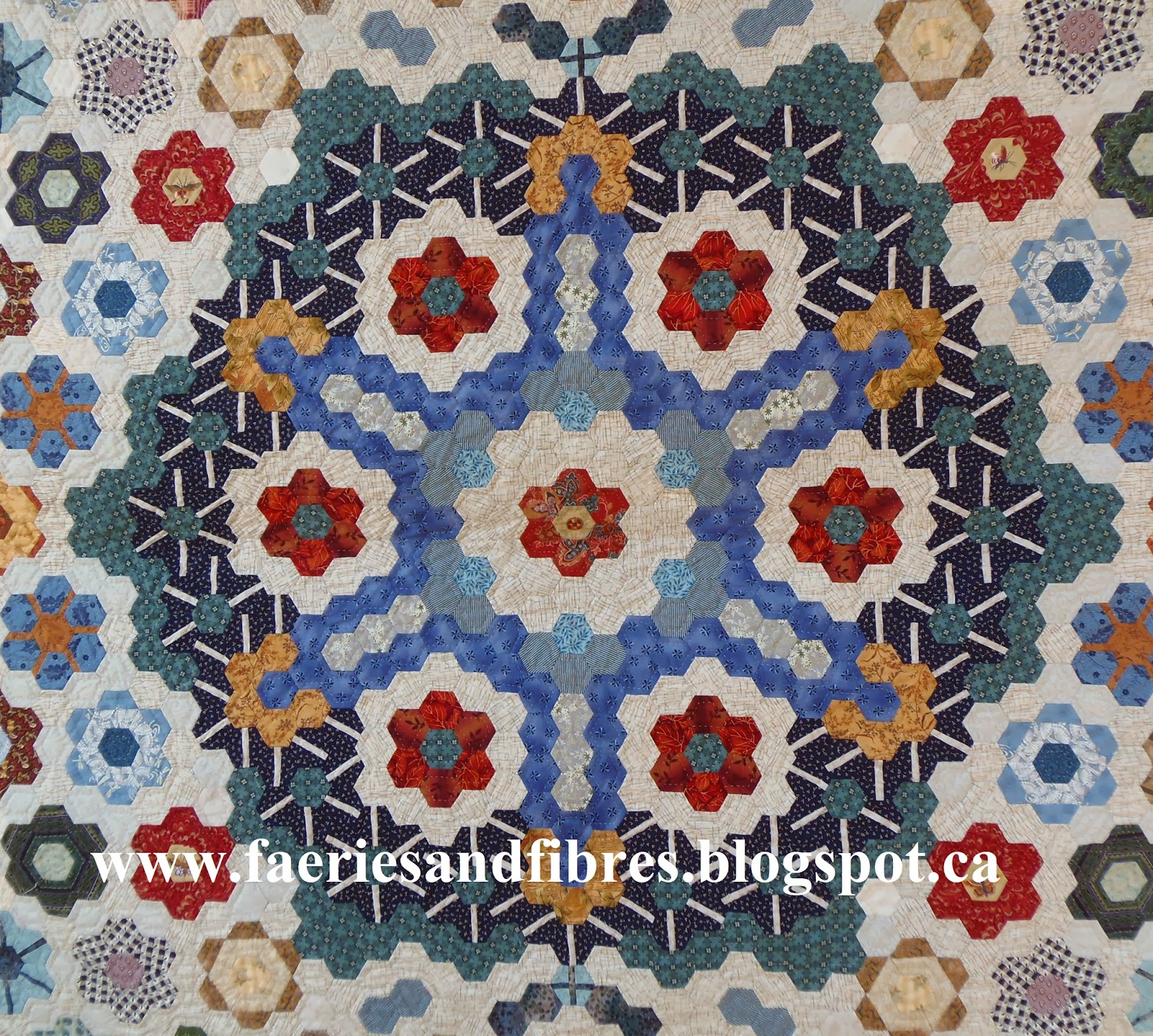 I frequently searched for the original quilt and in 2013 I found it in the Metropolitan Museum of Art. It was made by Elizabeth Van Horne Clarkson around 1830! a very different colour scheme from the one that I made.

When it rains it pours and I subsequently found another quilt, this one made in 1945 by Bertha Sheramsky Stenge (1891-1957). Bertha's quilt now resides is the Illinois State Museum. When I first found Bertha's quilt there was no information about her or the making of this quilt but I recently visited the Museum site and I was pleased to learn that the story about the making of this quilt parallel's my own story. In addition her biography is now available. You can read about Bertha here.  In 1929 Ruth Finley published a book Old Patchwork Quilts and it included a picture of the original quilt from the Metropolitan! Bertha replicated the original including the use of striped fabric in the medallion and the meandering border whereas I made my own striped fabric by piecing my hexagons! This led to a variety of other designs using the technique that I developed, foundation pieced English paper piecing.

So why am I telling you all of this? Well I recently came across yet another version of this quilt on The Quilt Index. This one is a smaller simpler version but the medallion is every bit as exciting. There is no information about the maker but the quilt is dated 1930-1949 and the record comes from the West Virginia Department of Archives and History.

I imagine there are more quilts out there that were inspired by the original made by Elizabeth Van Horne Clarkson. If you come across them I would appreciate hearing where you saw them so I can add the details to my history file!

Until I post tomorrow, happy sewing!
Karen H
Posted by Karen H at 6:38 AM