Piccadilly to the Nines, GG progress and a spotlight on my work and blog

I've had company for two days so there was no quilting but now that they are gone I can sew! Yahoo! I got up early this morning because I had an idea about how to quilt the first border on Piccadilly to the Nines. I had already ditch quilted the major seam lines (but not the seams inside the 3" nine patches) with Superior's Monopoly (invisible thread) on top and Superior's The Bottom Line in the bobbin. So what will I quilt? Feathers!  I left The Bottom Line in the bobbin but switched to So Fine! 50 wt on top. I had planned on using a green variegated thread (Superior's Fantastico) but the contrast was too strong against the cream background so I opted to use So Fine! that matches the background instead. I'll use the Fantastico in the green hourglass border. I started my design by drawing a fine line for the spine with my fine tip brown Frixion pen. 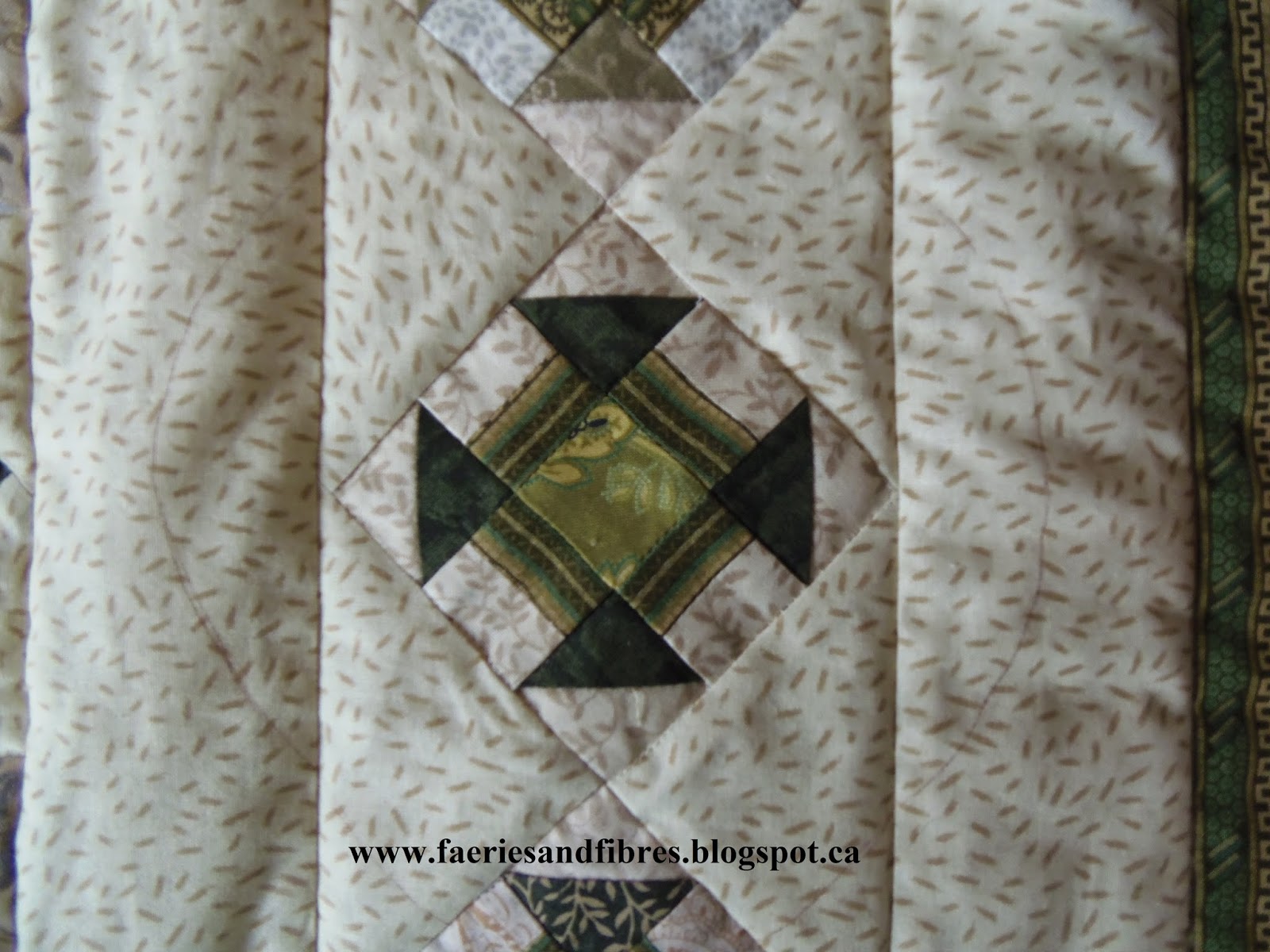 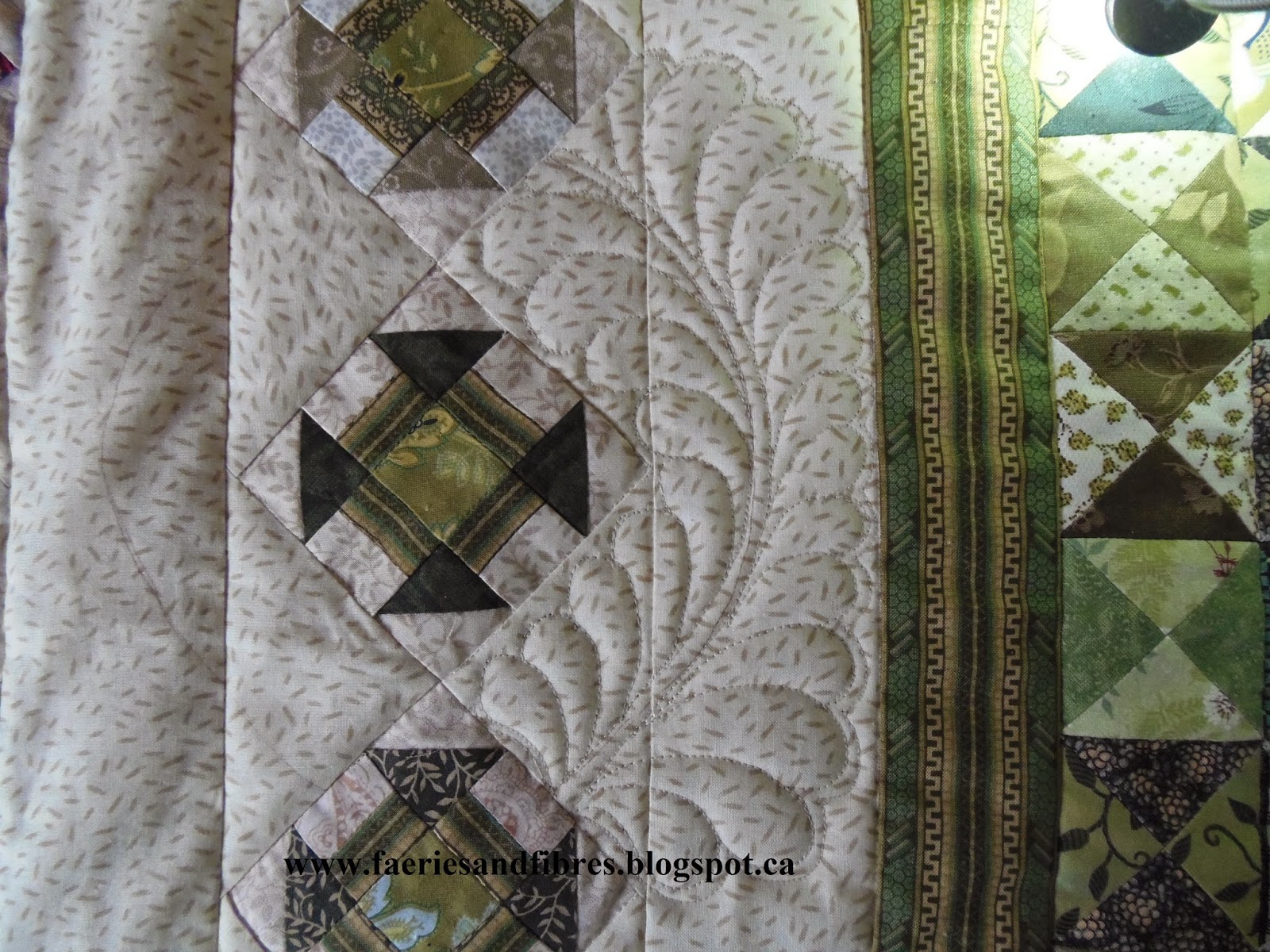 I repeated this same process to create the feather to the the left of the nine patches. It worked up very quickly and I really think I like this look so I'll repeat it all the way around the border but will have to figure out how to manage the corners. As always, I'll think about it and something will come to me! I'll also have to decide what to do with thenine patches in the border and in the body of the quilt because their insides are not quilted.. 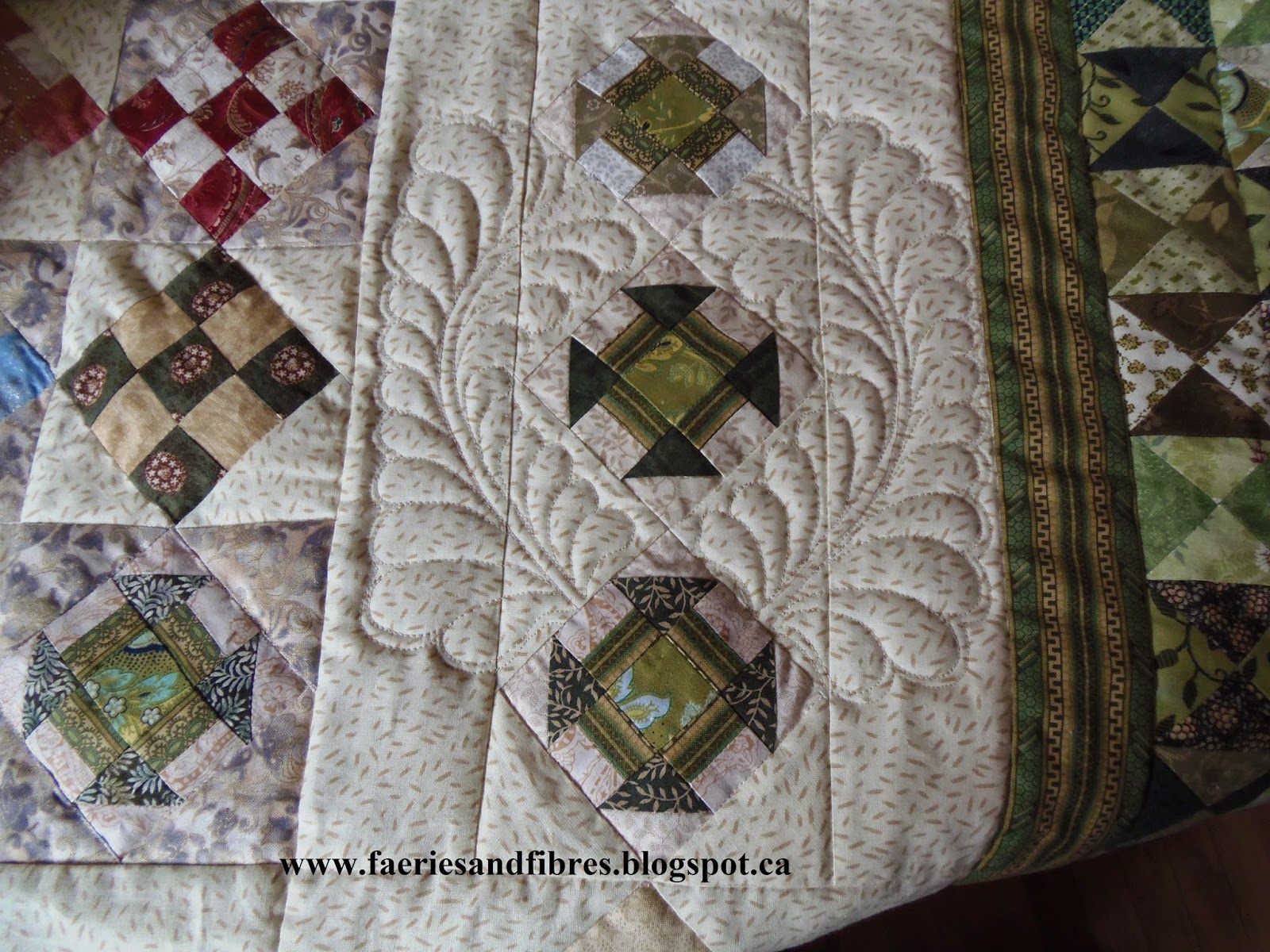 I was thinking if someone were to ask "what is the trick to quilting feathers on my domestic sewing machine" I would say practice of course but also you need to ensure that your hands move the quilt at a consistent speed (especially on the curves where the tendency is to speed up) and that your machine is going a little faster. Try to coordinate the hand-machine speed so that it is consistent at all times. Also keep your shoulders down, breathe and try to relax as much as possible. I use to wonder how to get the plumes identical and the answer to that question is another question, namely "what makes you think the plumes have to be identical?". They don't and when you've got a large border quilted with feathers it will look wonderful and spectacular and the plumes won't be all the same nor will the feather be symmetrical. It will still work and I guarantee it will be beautiful! 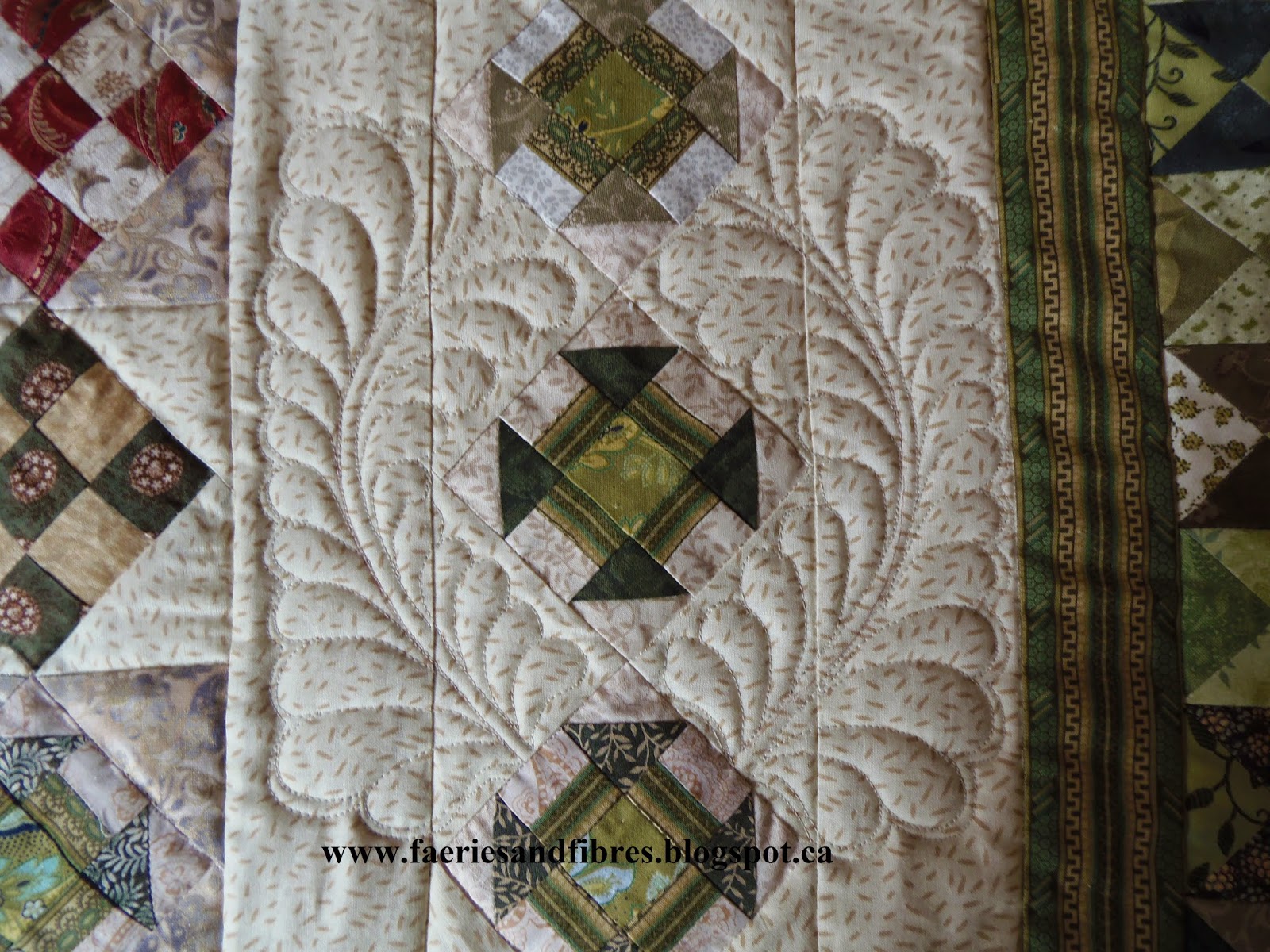 I really enjoy working with Superior Threads and the company very kindly donated a gift certificate for my blog anniversary giveaway earlier this month. I was asked for permission to feature my blog and work on the Superior blog and of course I said yes! The post went up on April 22 and you can read it here. I was so honoured!

Finally I did find a little time to hand sew and got one more Godstone Grannies (GG) block stitched together. Here it is! 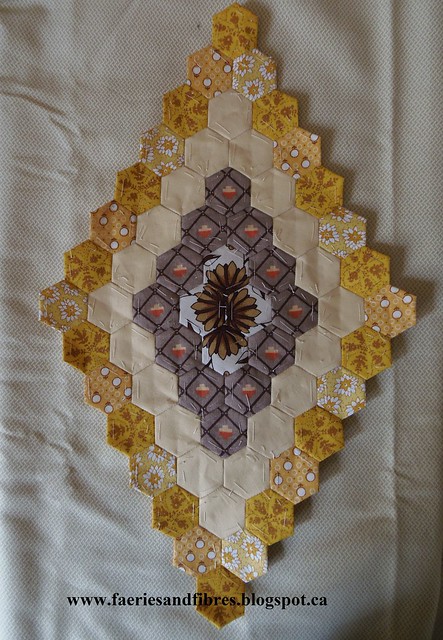 That's it for today! I've got some feather sewing to do today and tomorrow I'm off to a festival where there will be fabric for sale! I wonder what treasures I'll find. Come back on Saturday and I'll show you what I got! Tomorrow I'll post instructions for creating the path for your Value Proposition QAL blocks. There's no hurry to start the path but for those who want to make the path and their blocks at the same time, they will be able to get started.

Until I post again, happy sewing!
Karen H
Posted by Karen H at 5:43 AM