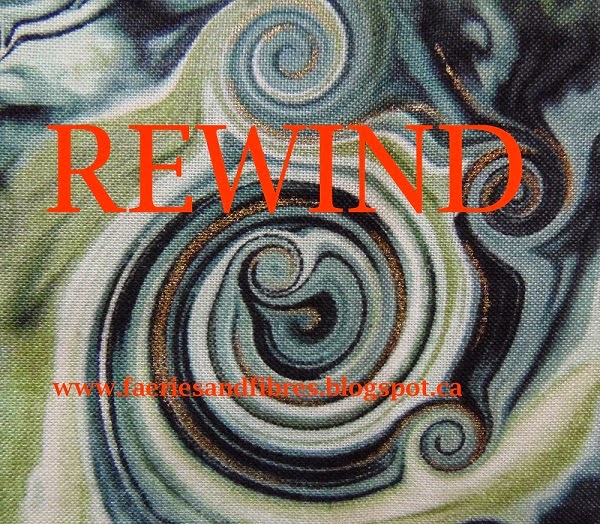 Welcome back to REWIND! Every now and then I "rewind" and republish one of my older posts that you may have missed! Today I'm going to share the big reveal of my quilt Starry Gazey Pie! Published in June 2013, the post included links to other posts that described how I made stars for this quilt. I've told you that I like to add little details to quilts to make them shine and this quilt has some fussy cut applique details (the very first picture has little leaves that were appliqued to the fabric before I English paper pieced the hexagon) and beads! 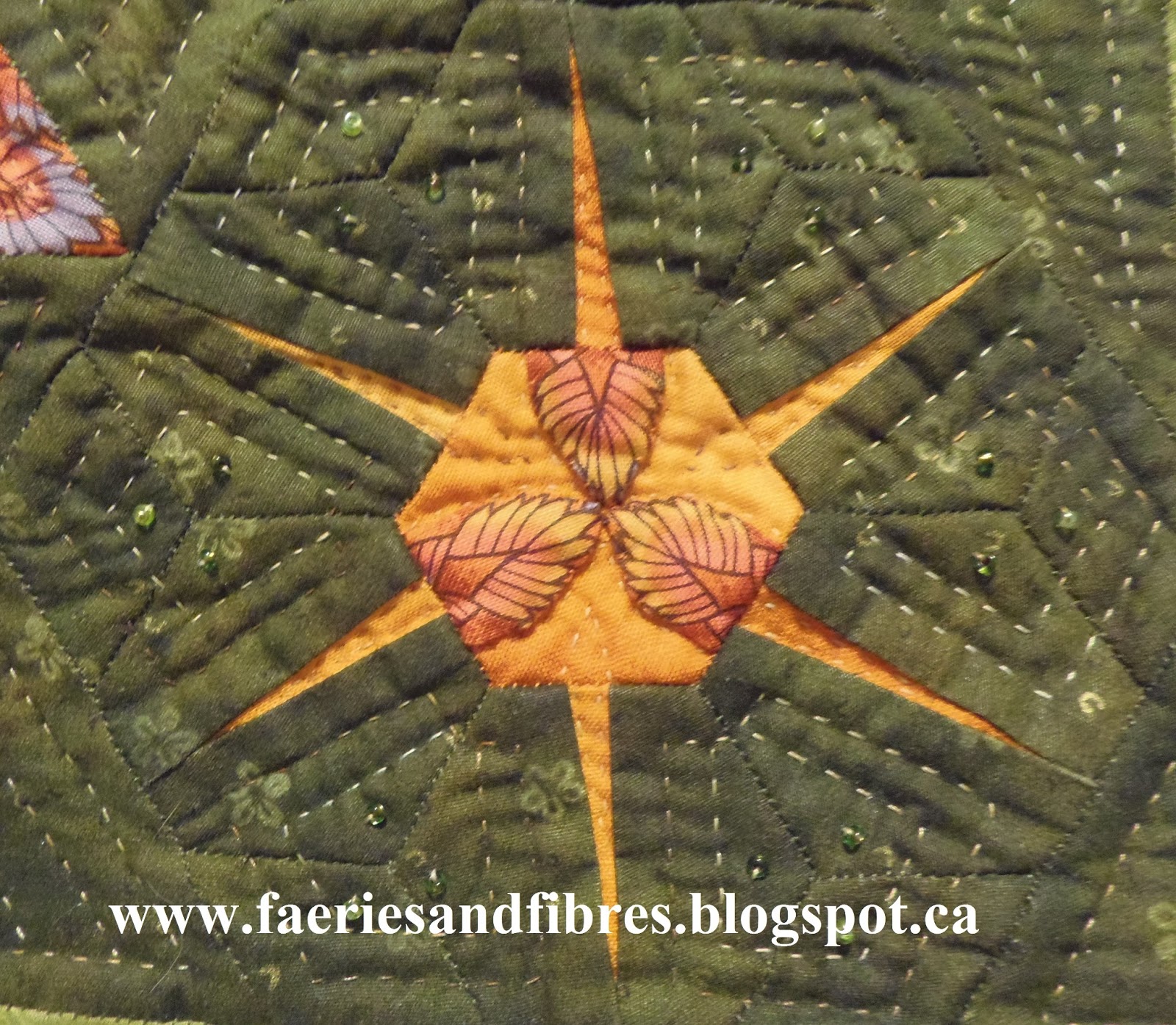 Starry Gazey Pie is a dish from Mousehole, Cornwall in southwest England. My father grew up in Penzance which is just up the coast from Mousehole (pronounced mow-zole). Both were fishing villages and one of the main species fished was pilchards. They were used to make a dish called Starry Gazey Pie. It is so named because the fish heads and tails poked up through the crust and the heads gazed heavenward!  Pilchards are rich in oil and my Dad told me that the fish were arranged in this way so that all of the rich oils would flow into the pie. The fish in the challenge fabric make me think of this Cornish dish which was my inspiration for my challenge quilt, Starry Gazey Pie! 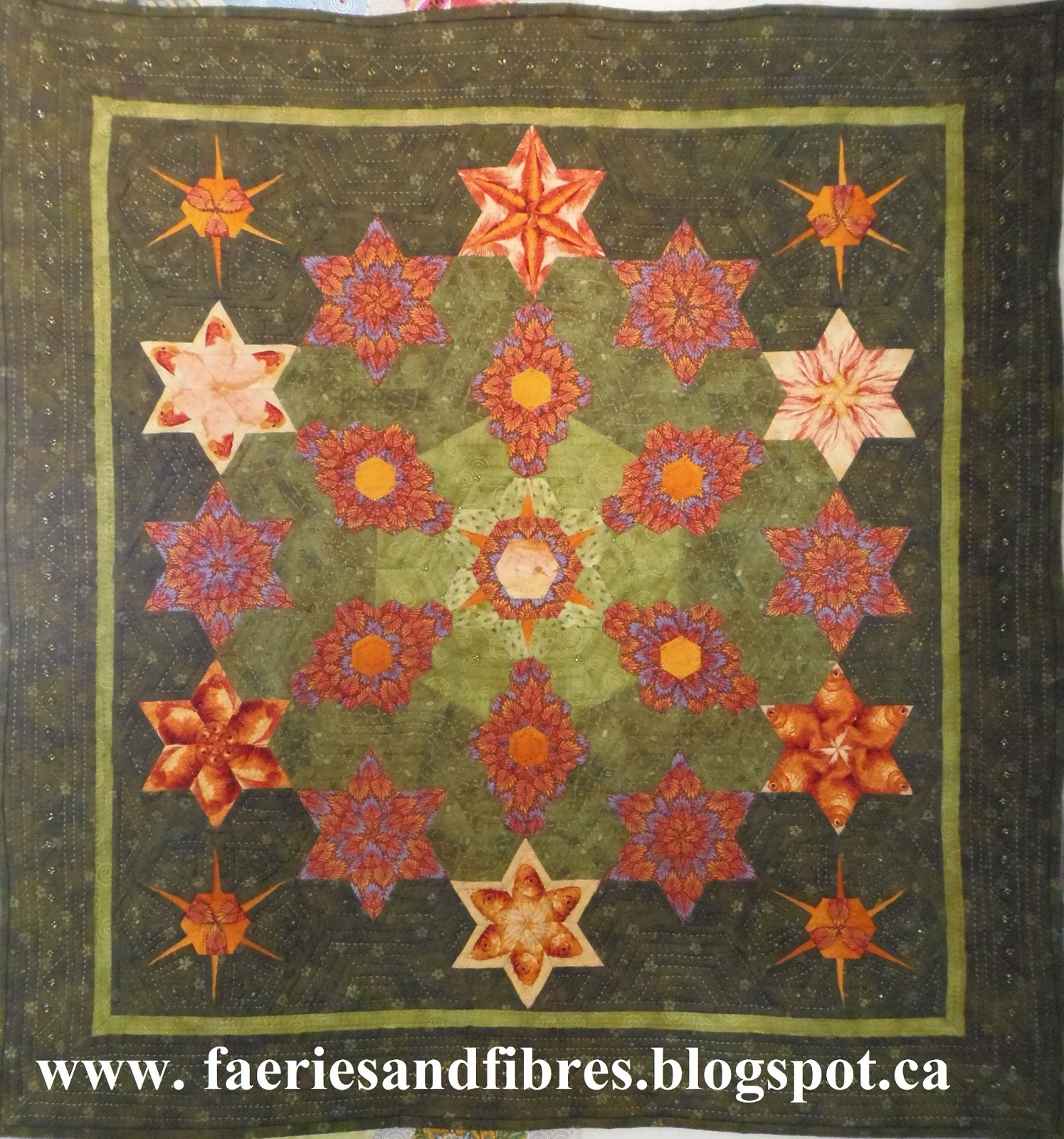 The centre star medallion is English paper pieced. I used my technique for foundation piecing on the hexagons. You can read about it here, here, here and here. Phew! That's a lot of "heres". Maybe I should put them altogether in one place as a tutorial! 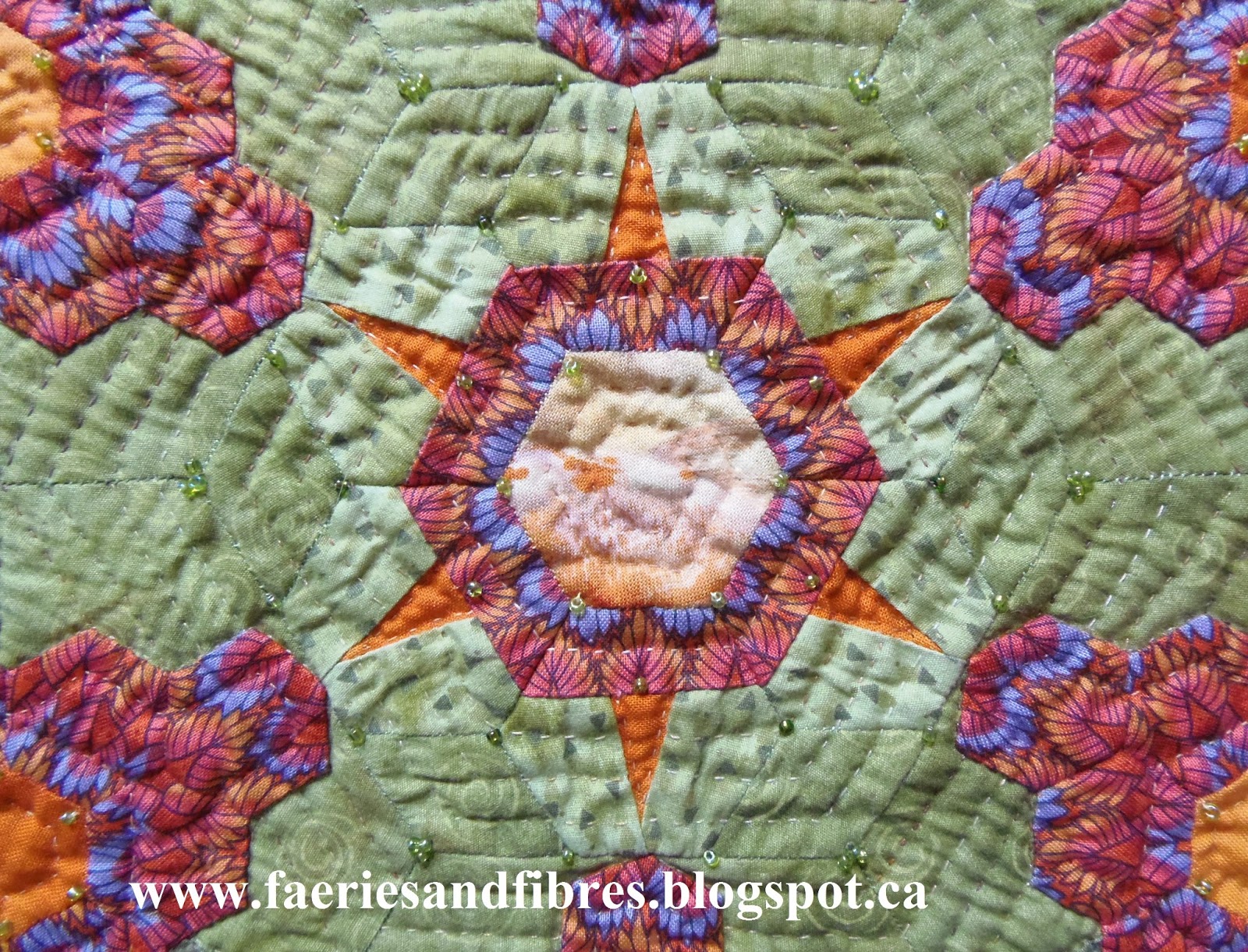 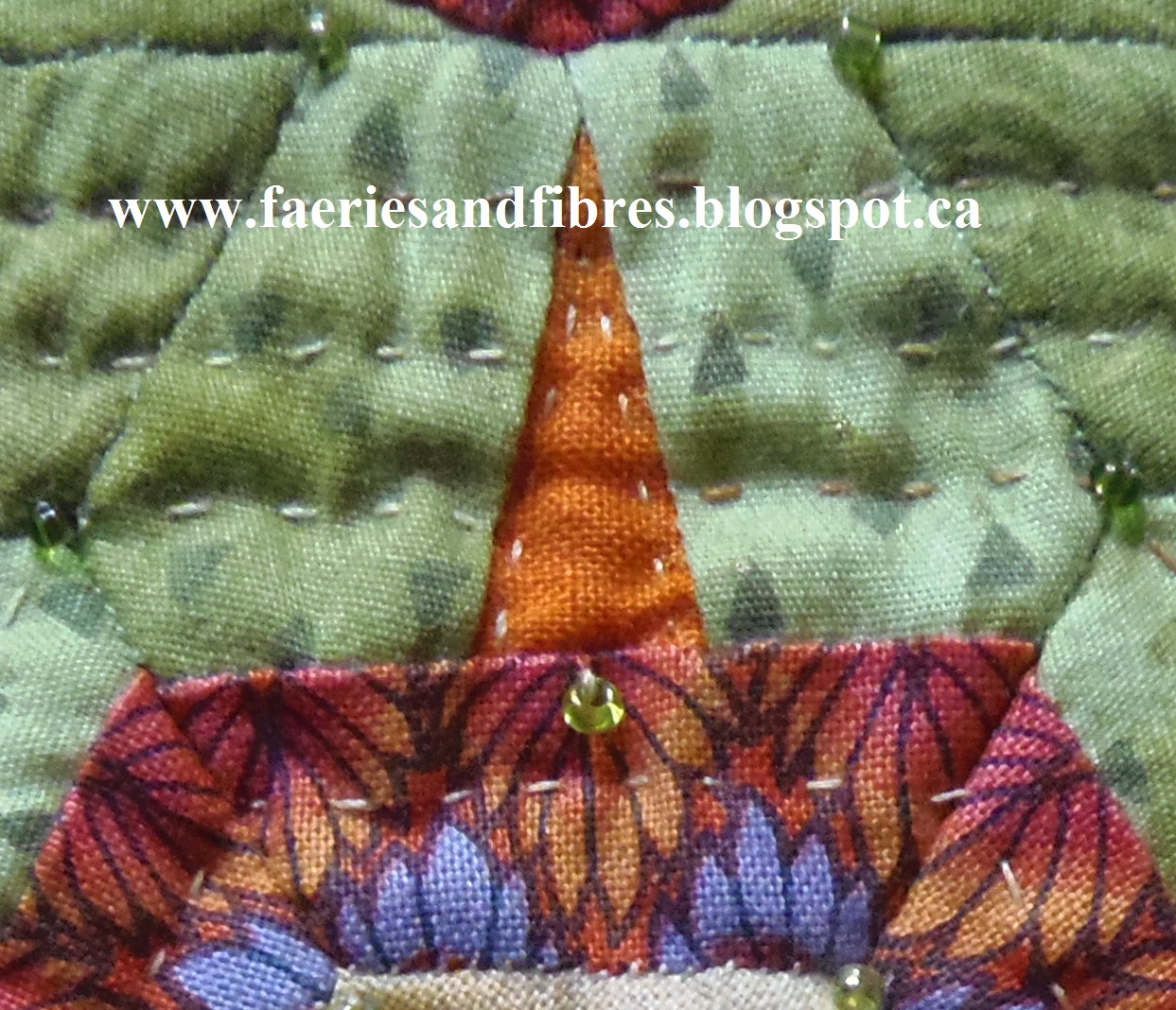 Surrounding the centre star medallion are six diamonds made of fussy cut hexagons. The fussy cutting was done using the methods described in my tutorial. 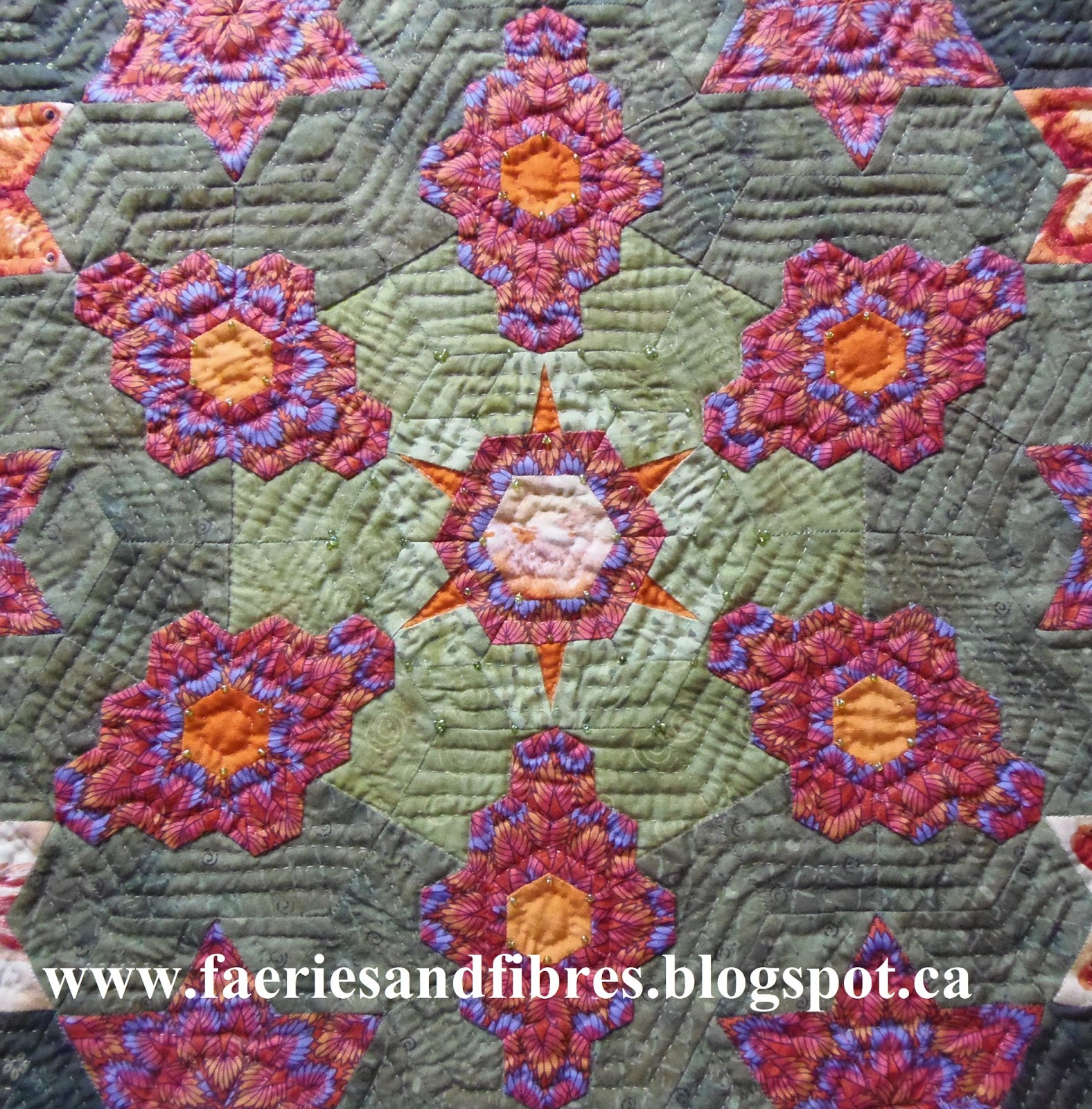 These diamonds were made off the quilt and then appliqued in place! Simple but it creates the illusion of complex piecing. 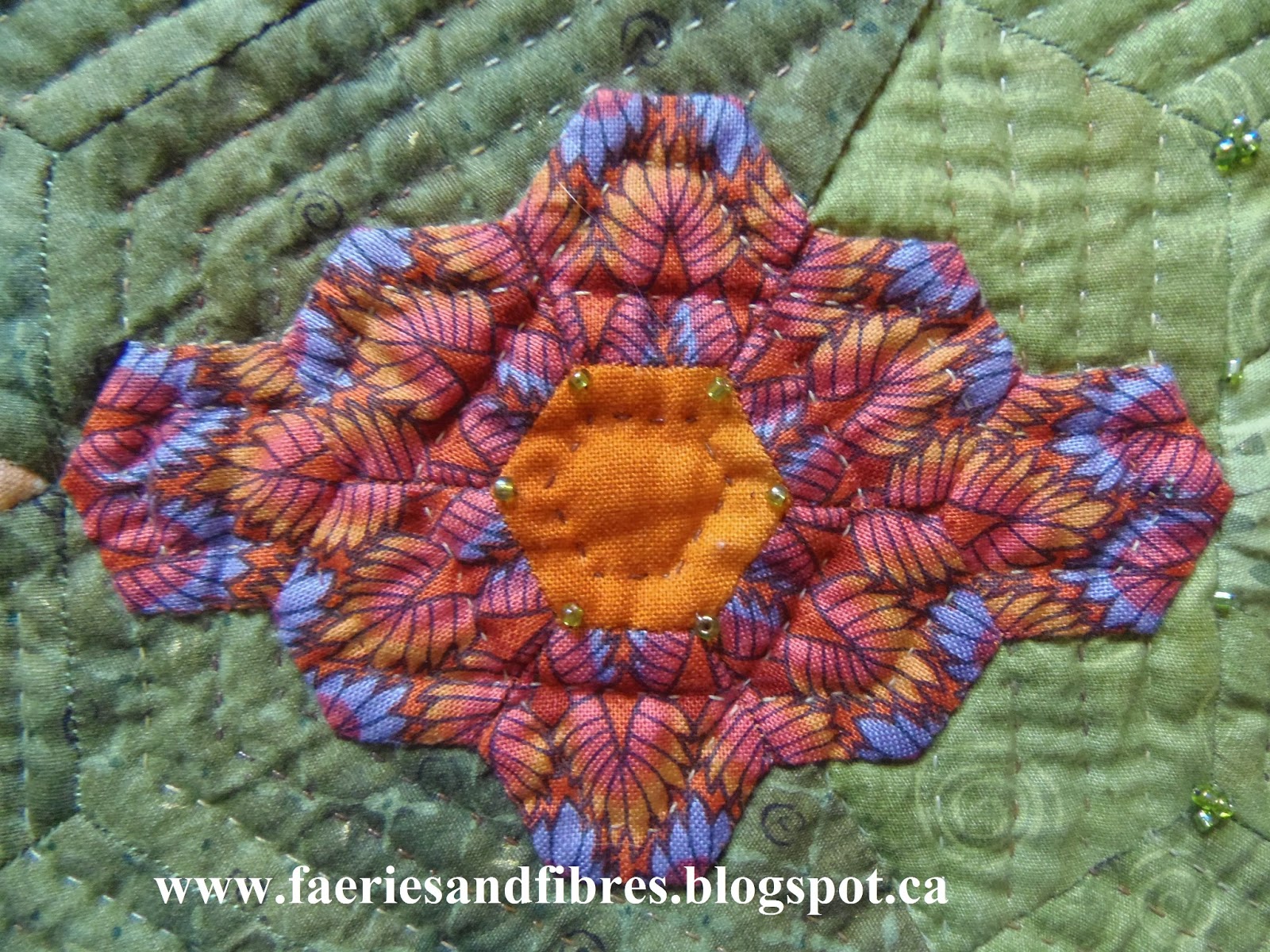 Yesterday I posted pictures of the fish that were fussy cut. These fish stars formed the next border around the medallion. Tomorrow I'll do a quick little demo to show you how easy it was to fussy cut the fish for the stars! Really!
Finally in each corner I placed orange stars with needle like spokes. I wanted to repeat the ferny challenge fabric in the corner stars so I cut the orange/coral ferny bits from the challenge fabric and appliqued them to a hexagon; I did this before I basted the hexagon to the paper. When the applique was completed I basted the hexagon to the paper and the points were foundation pieced on the paper before English paper piecing. 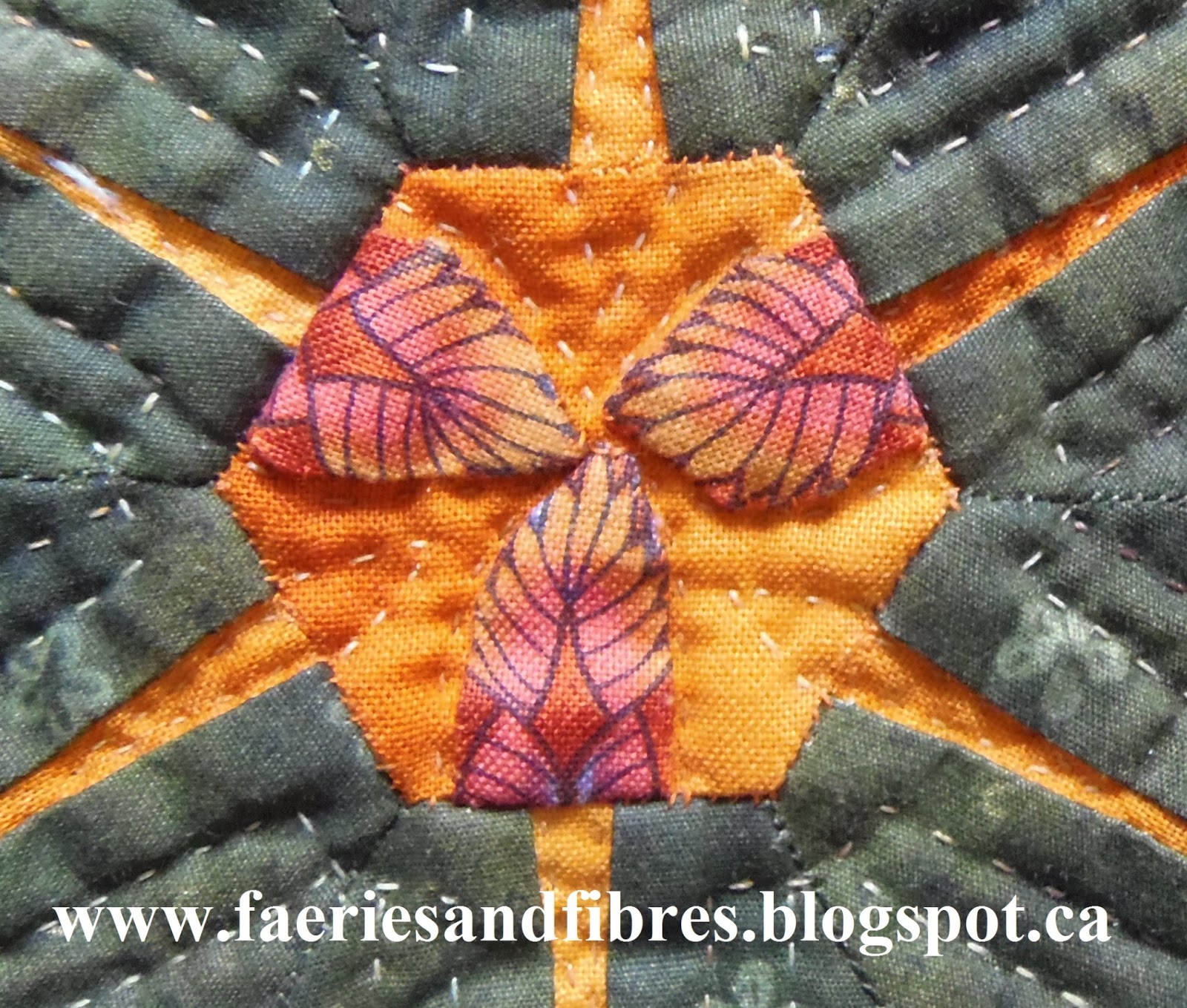 Close-up of hexagon in the centre of the star 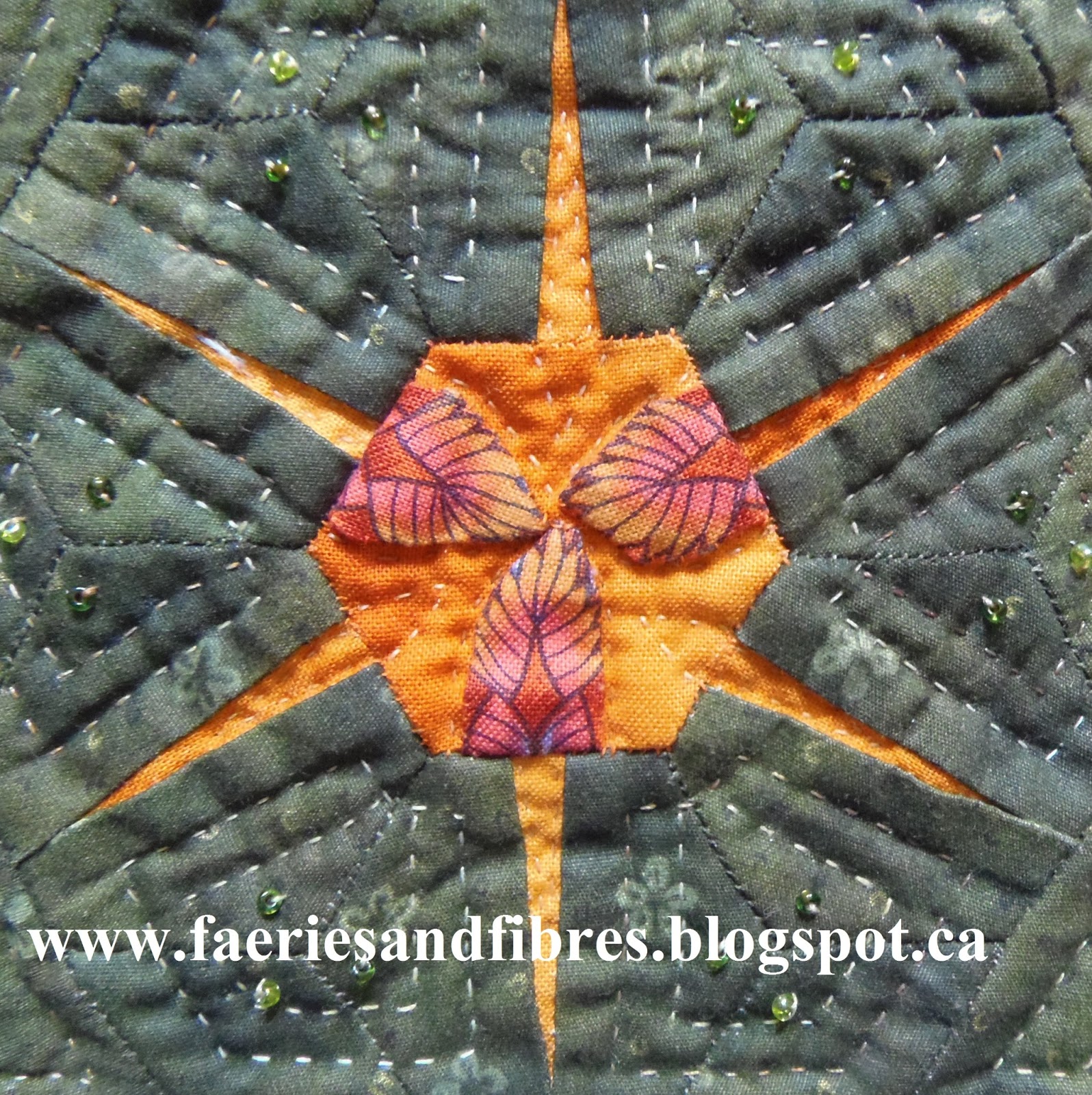 One of the corner stars

I hand quilted and beaded the quilt to give it a little sparkle! 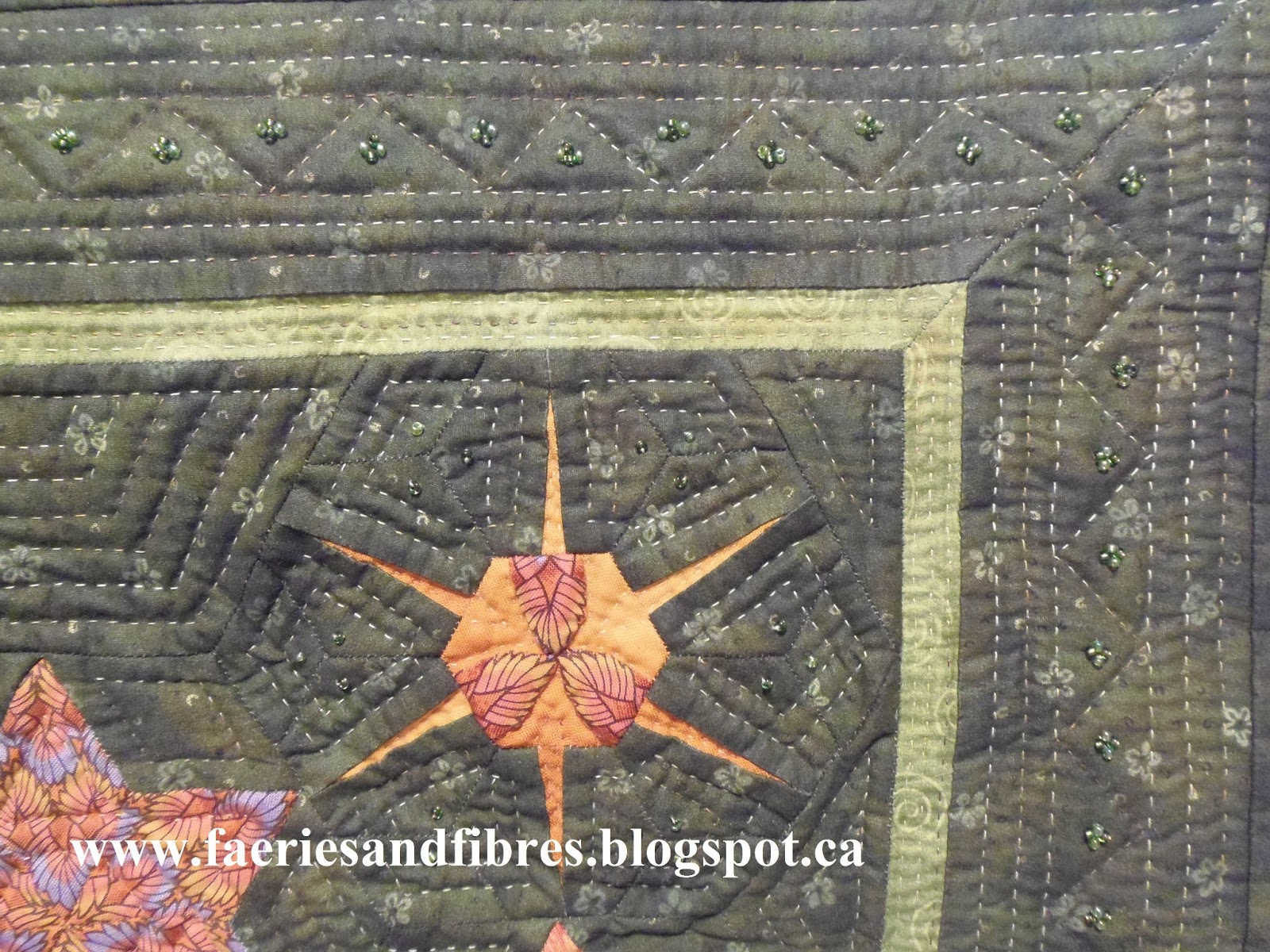 The zigzag pattern I quilted in the border reminds me of the crimping on pastry!I hope you've enjoyed this little quilt. Don't be afraid to combine techniques and methods to get the results you want, even if some of them are non-traditional methods. Experiment and get creative. If it doesn't work out it will be your little secret!I was taking pictures in my Mom's garden and look at this! I think it looks like a Kaffe Fassett fabric, potentilla maybe, but it isn't! So what is it? 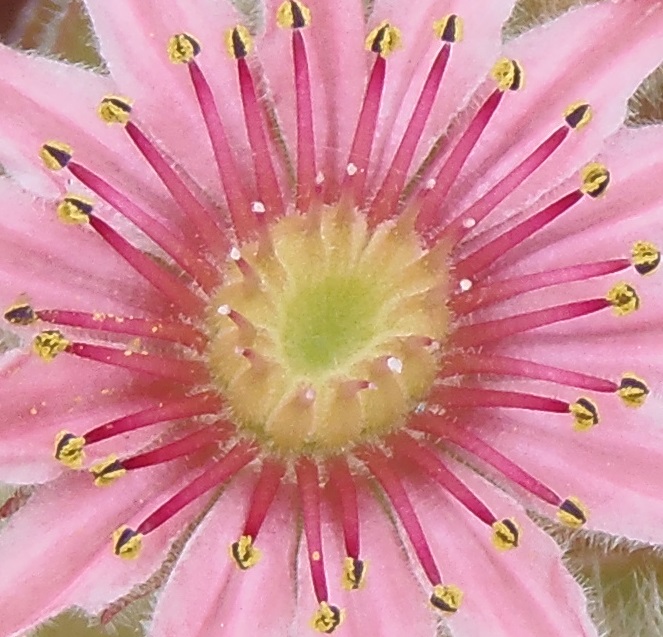 It's another variety of sedum! So pretty!﻿ 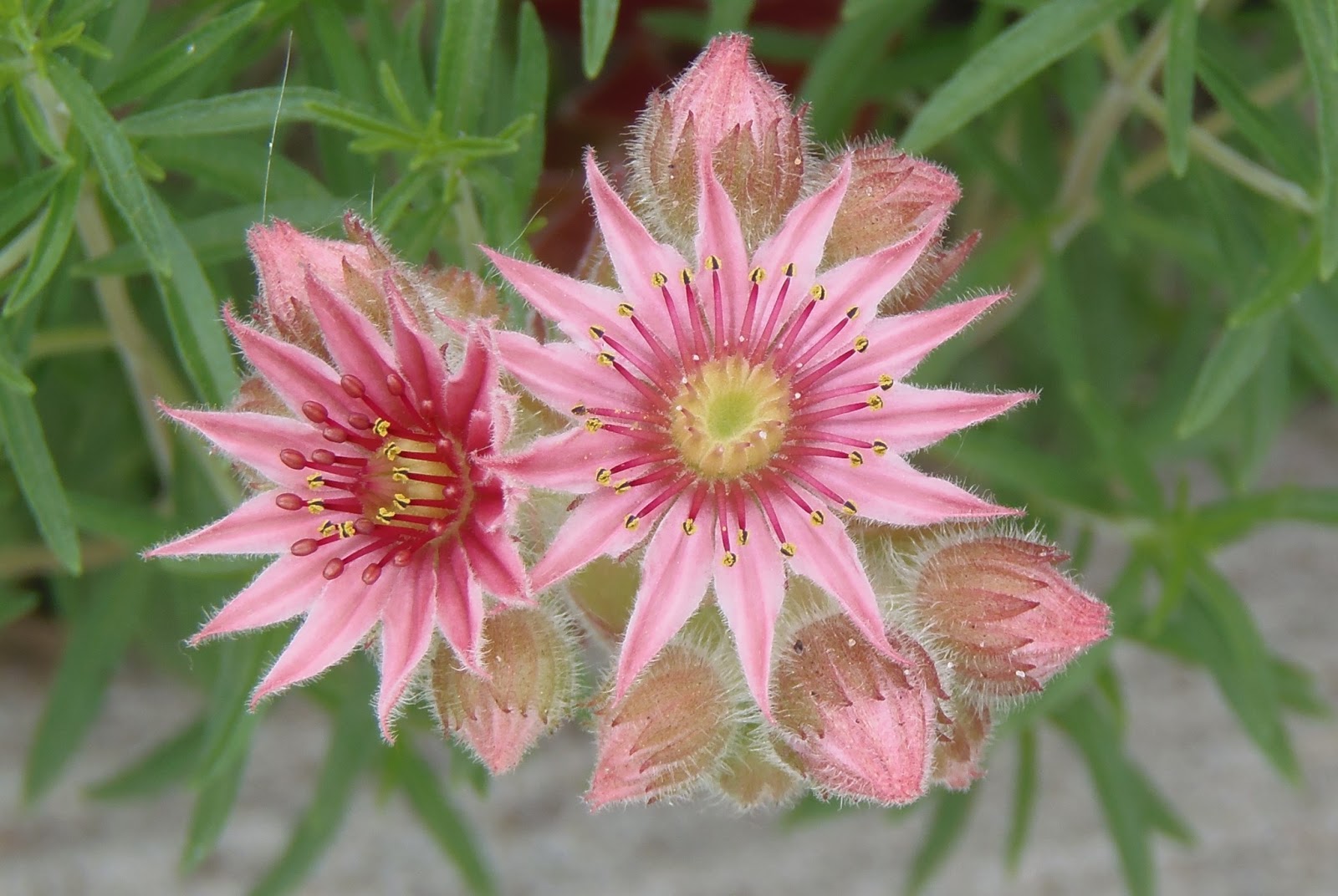 So what else is blooming today? 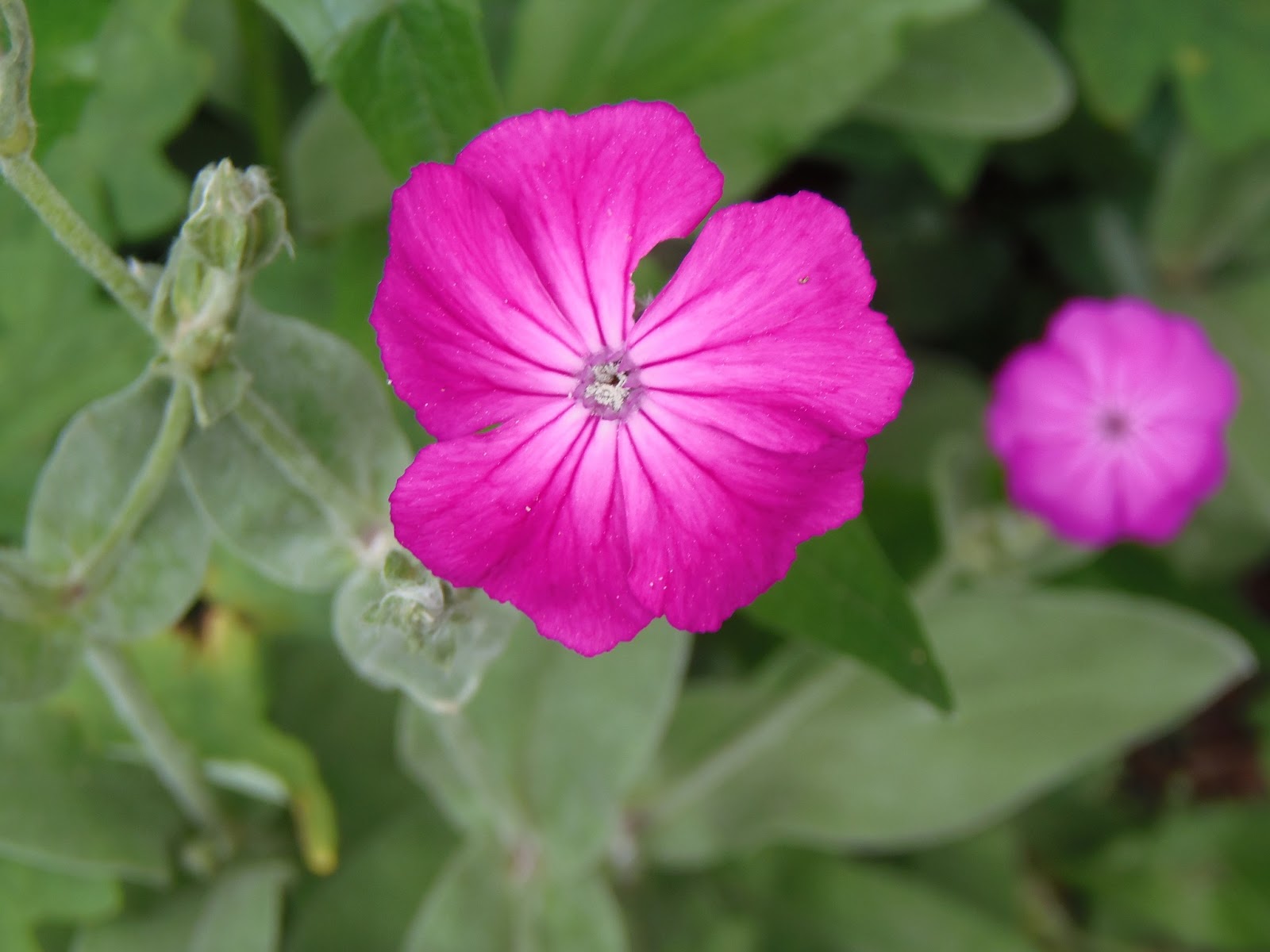 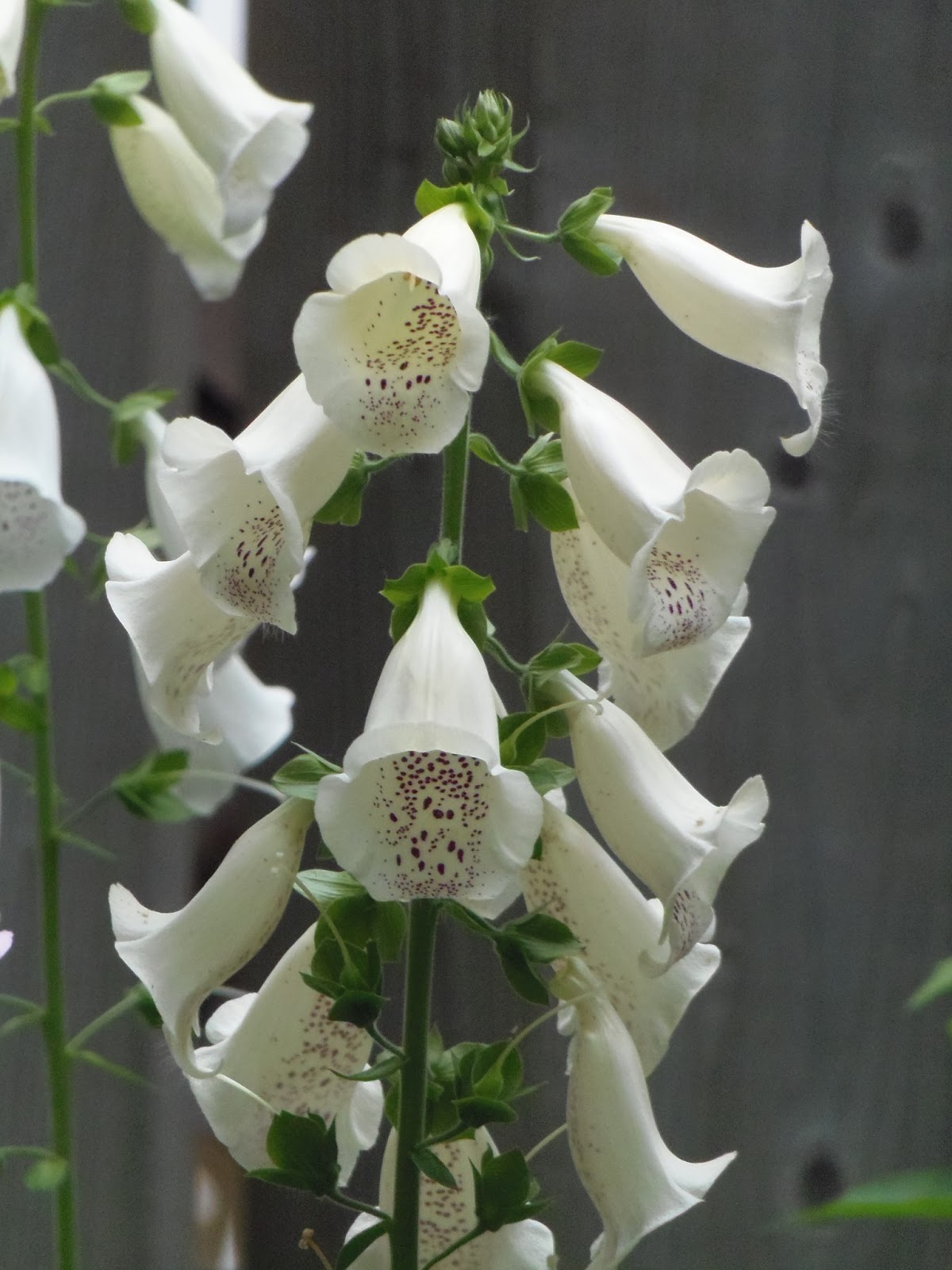 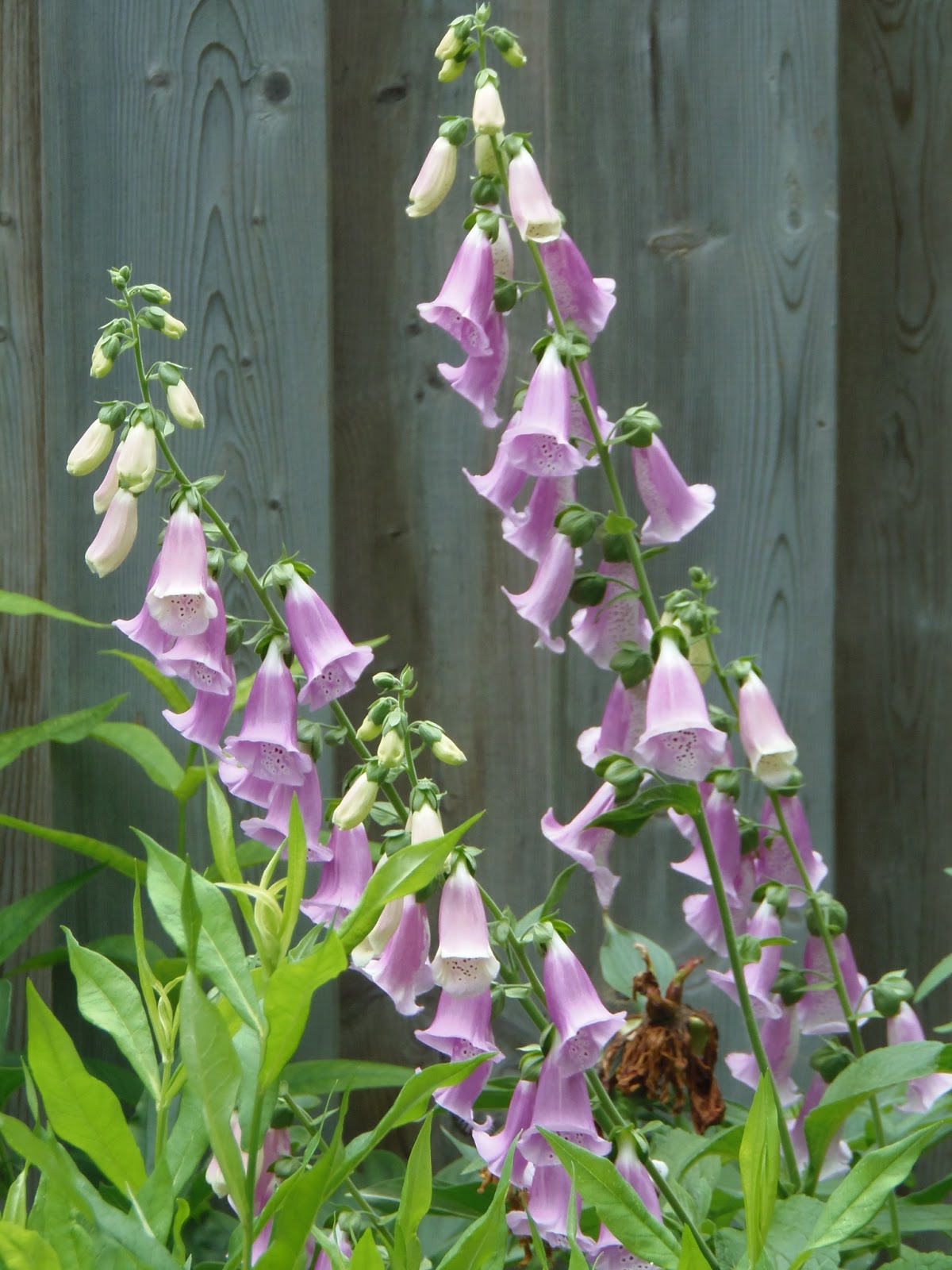 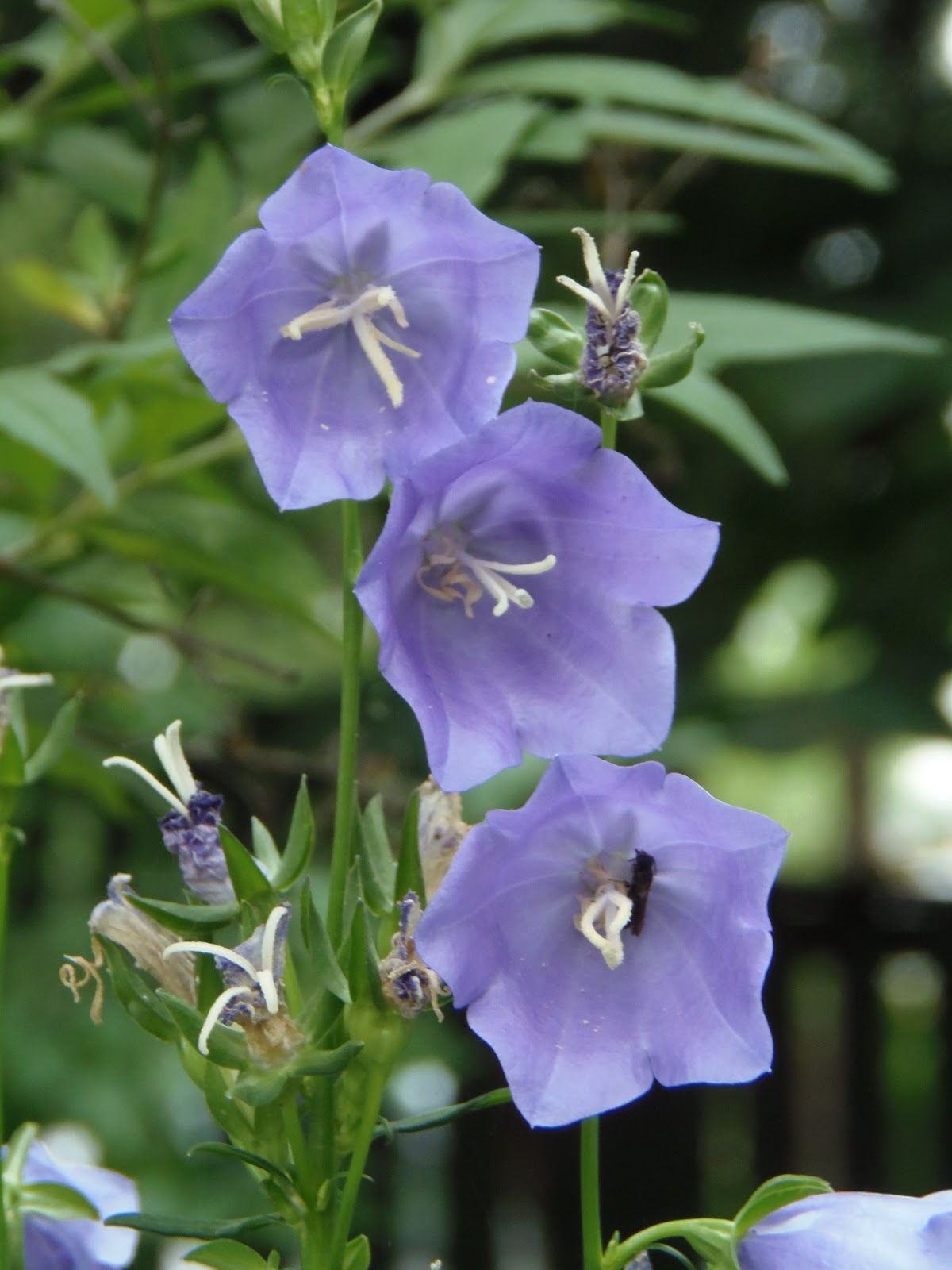 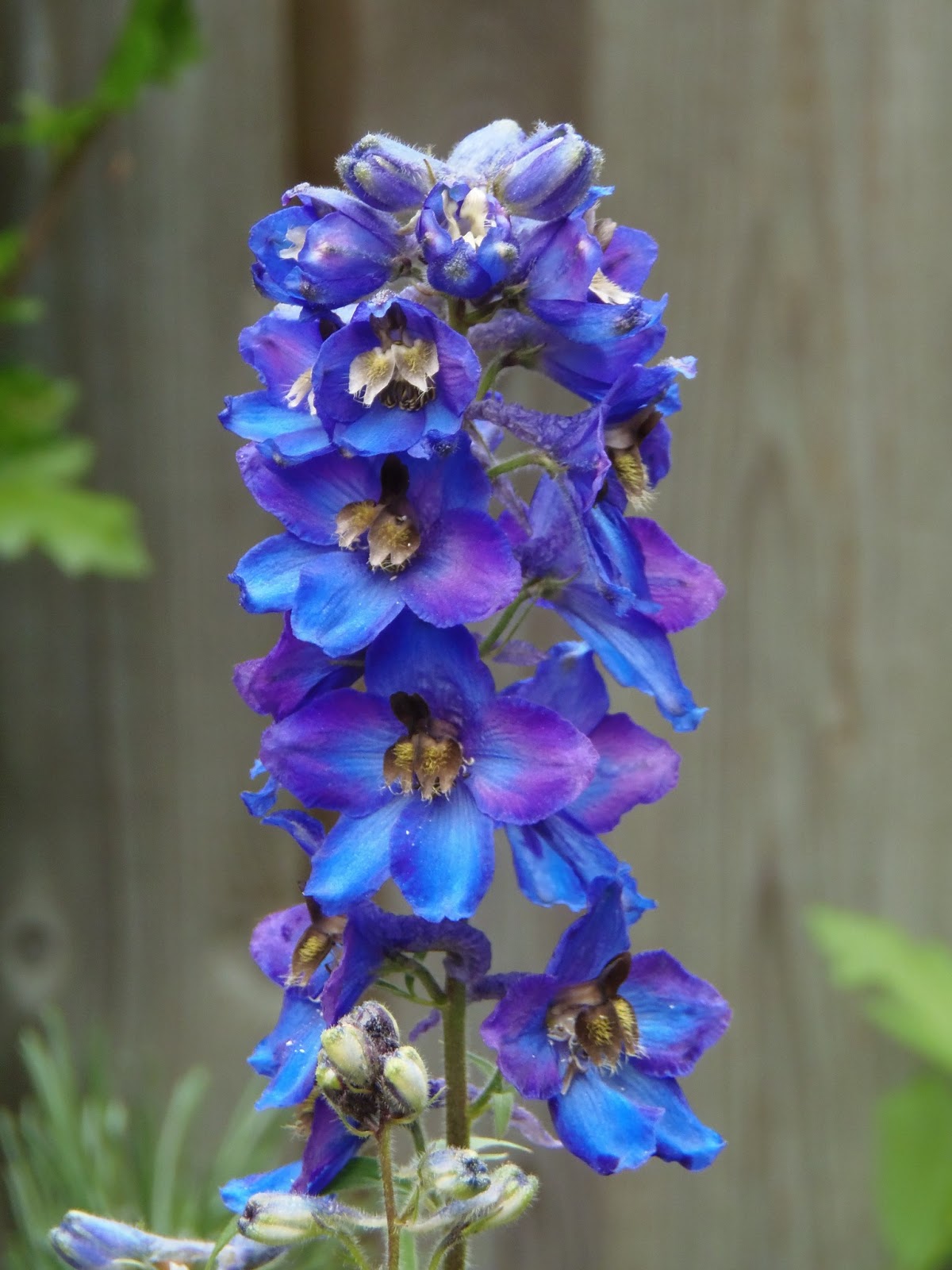 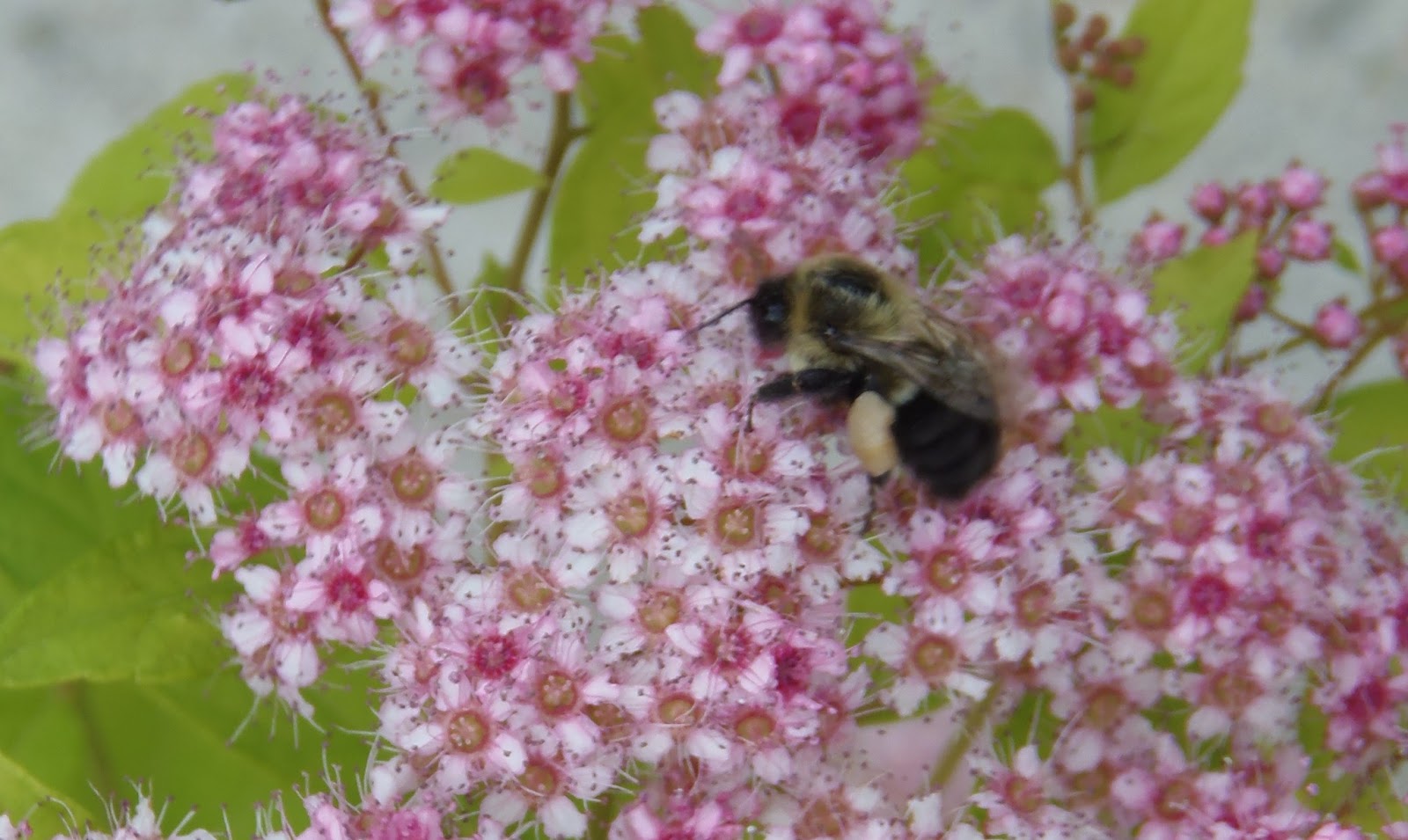 So come back tomorrow for some more fussy cutting how-tos! Until then, happy sewing!