Drafting a pattern for Lazy Punk and cutting fabric

Three things that affect how I approach quilt making:
Today I'll talk about drafting patterns which for me means trying to figure out how to make a block. If you look closely you'll find that most blocks are based upon a grid of some sort, nine patch, four patch, five patch for example. Lines may be added or removed but in the end the grid is there as a foundation. As an example, take a look at the nine patch block which is made up of nine identical sized patches. 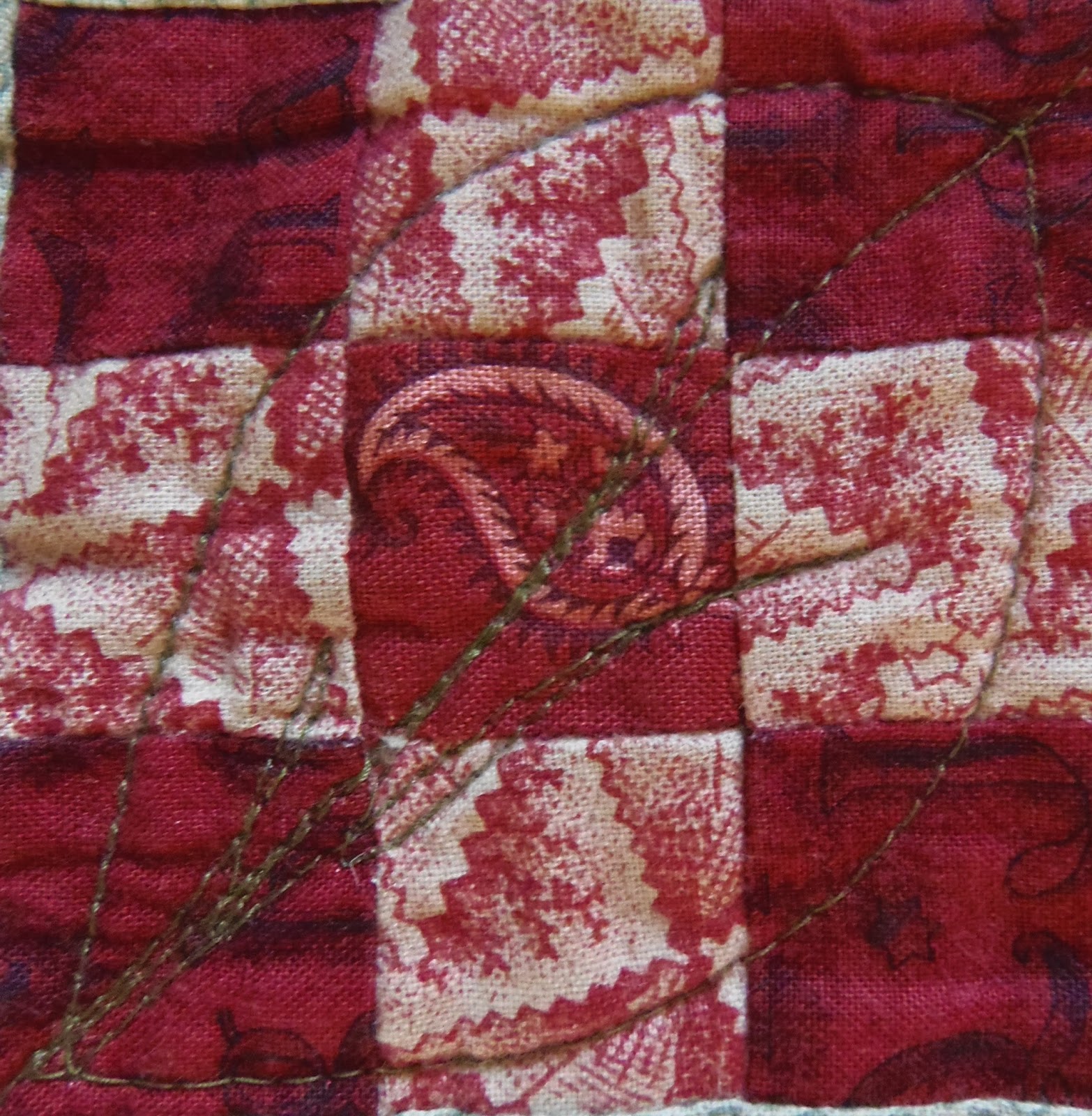 If the corner squares are replaced with half square triangles a new block appears, shoo-fly. However the foundation of the block is still the nine patch. 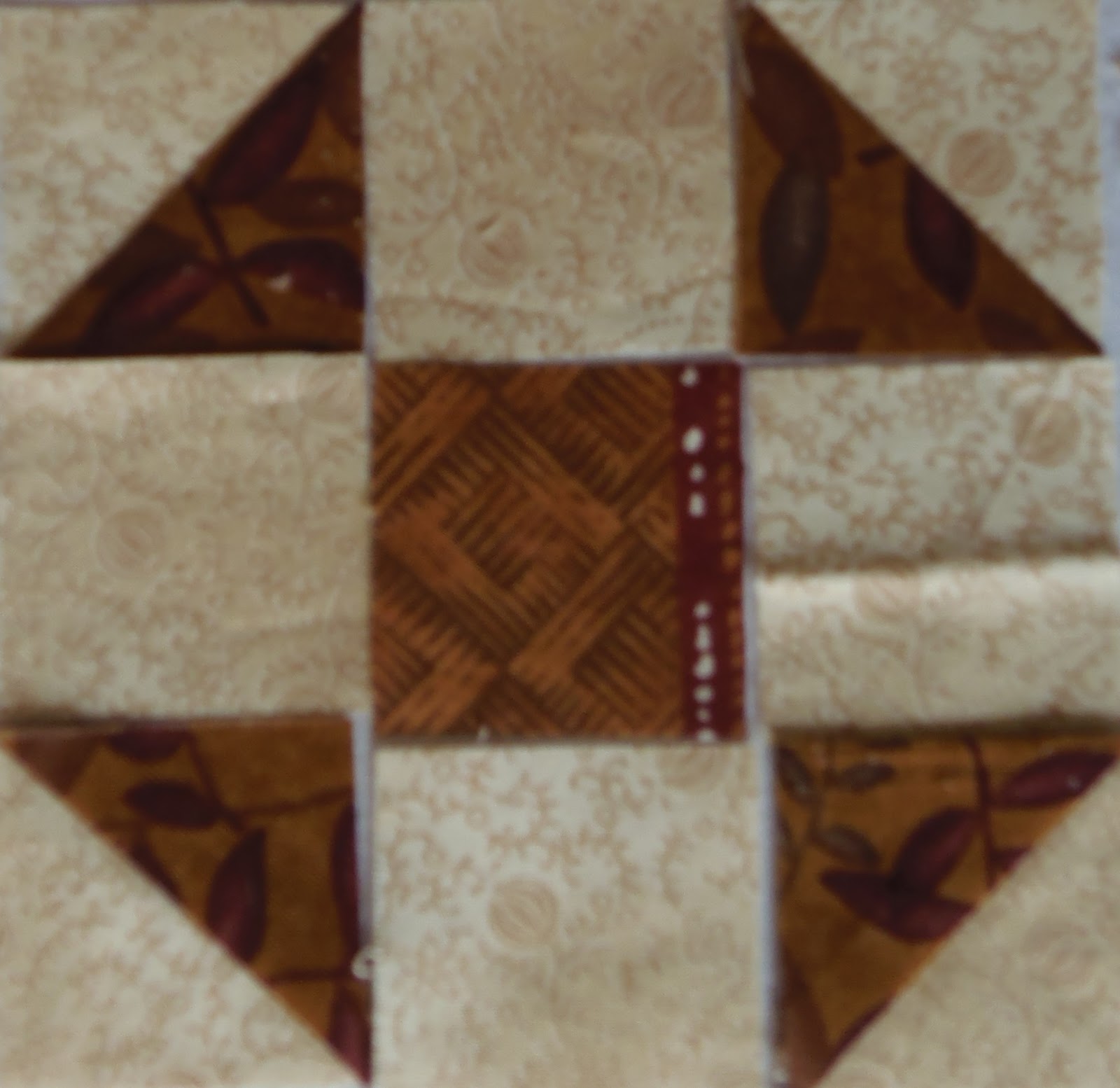 And if the squares at the 12, 3, 6 and 9 o'clock positions are replace with two strips the result is churn dash. Again the foundation was the nine patch. 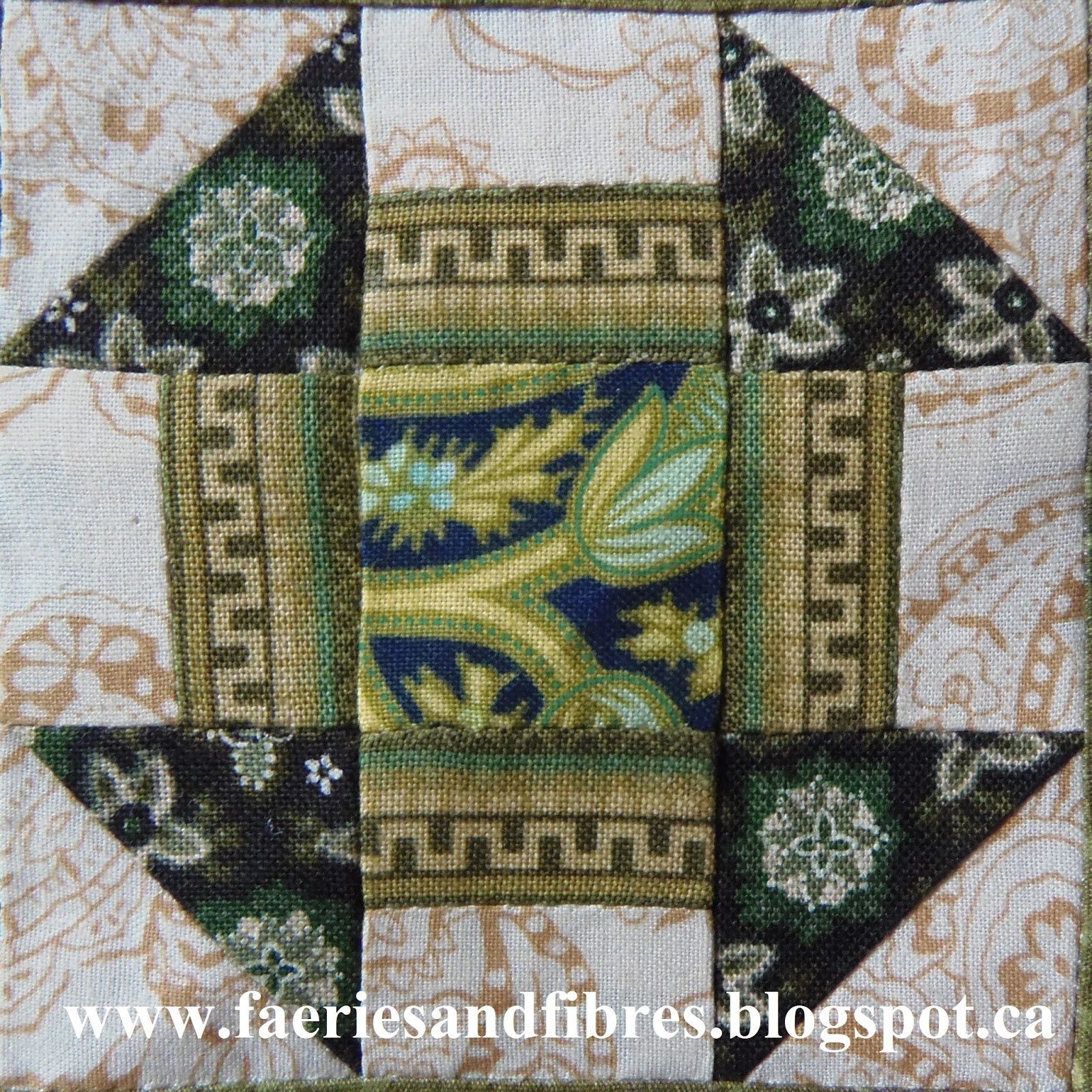 When I look at the individual blocks in the Steam Punk quilt I see a nine patch block. The nine patch is three squares wide and three squares long. Each of the nine squares is the same size so the first step is to decide on the finished size of the block. The measure must be divisible by three since the block is 3 by 3. I decided on a 9: finished block so I drew a nine inch square on my graph paper and then added in the grid lines. If you don't have large graph paper try taping sheets together to give you the desired size. 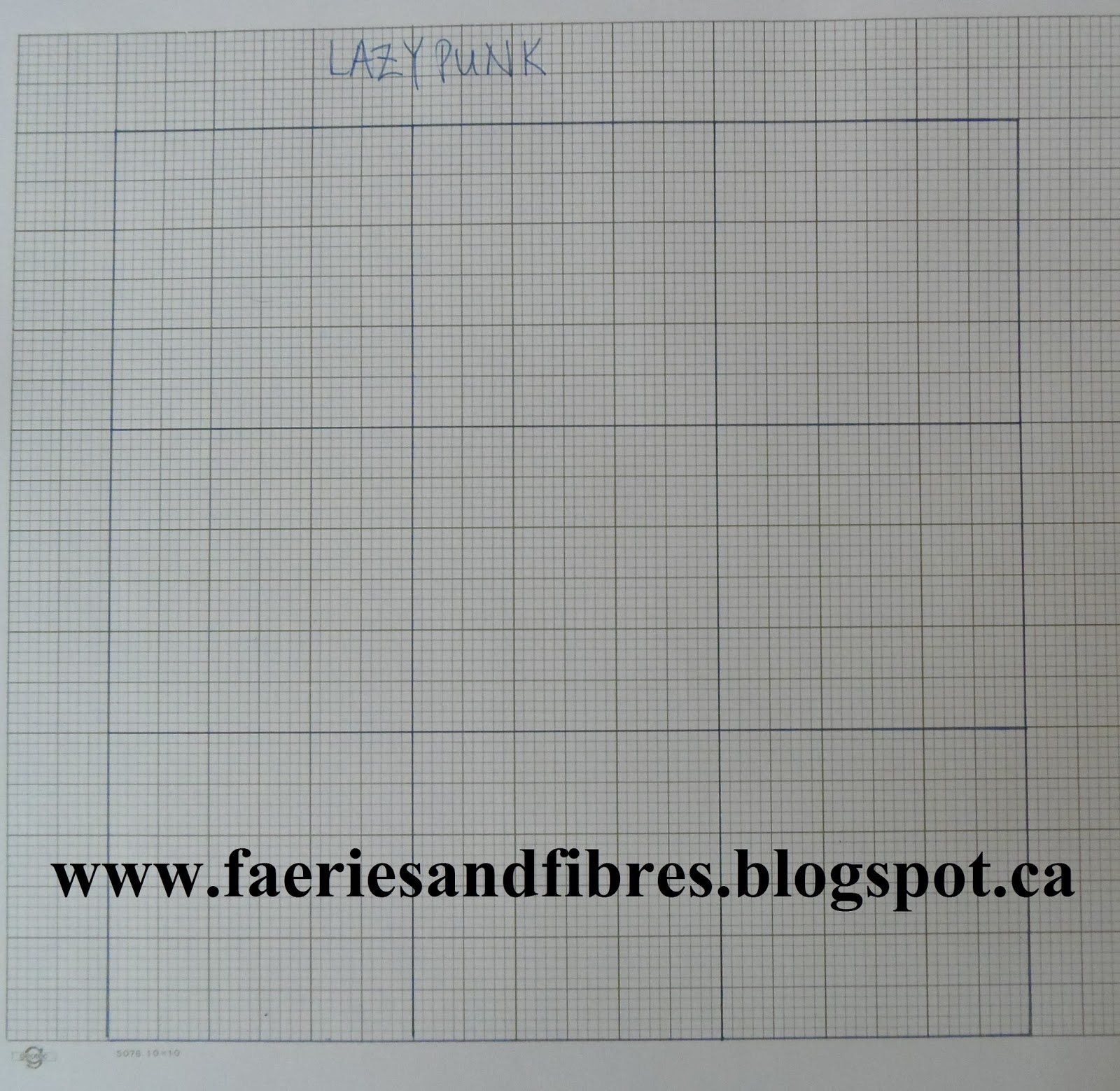 In the 3" square I placed my compass needle in the lower right corner (the pink dot) and drew an arc from the lower left to the upper right. 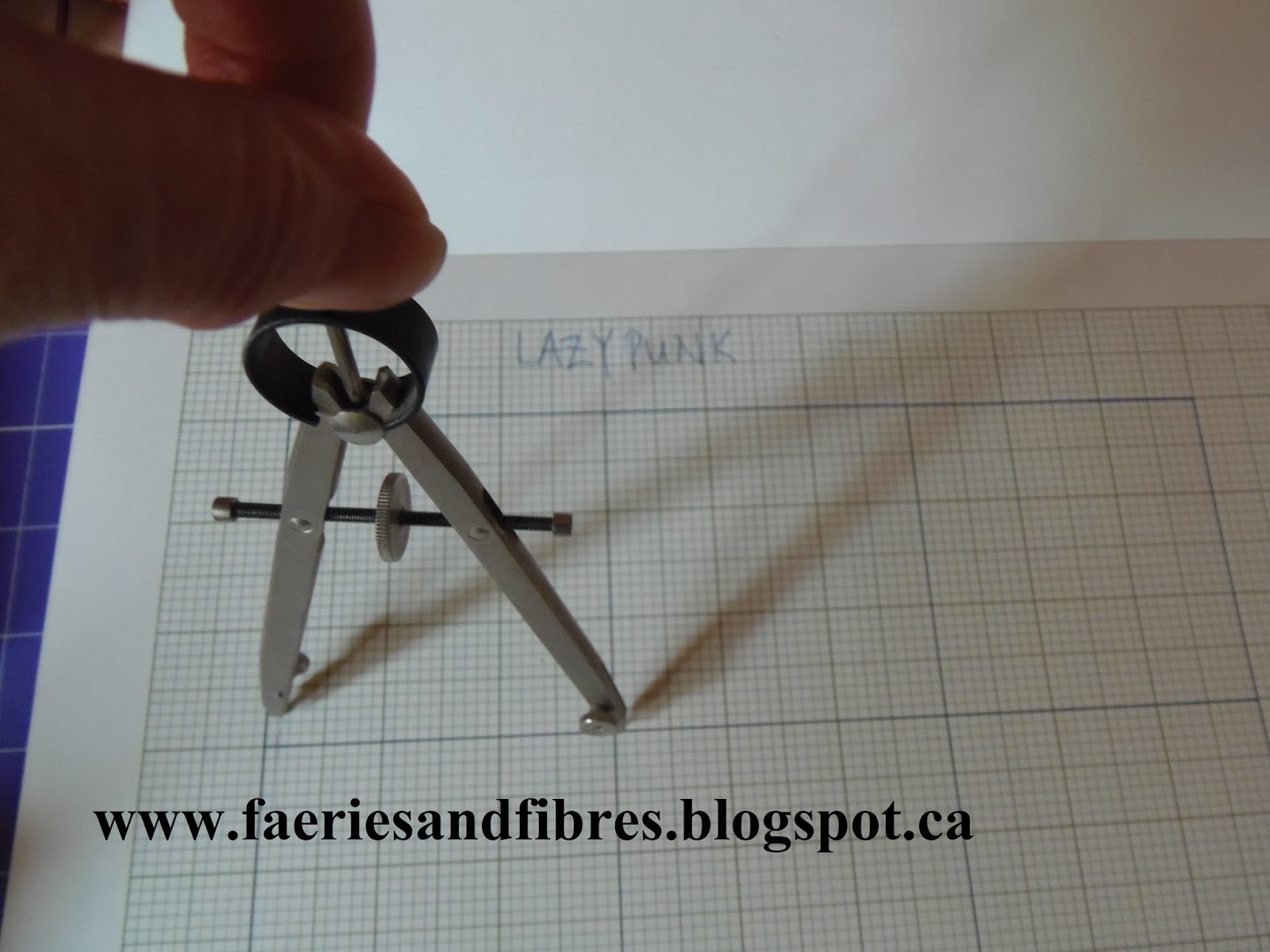 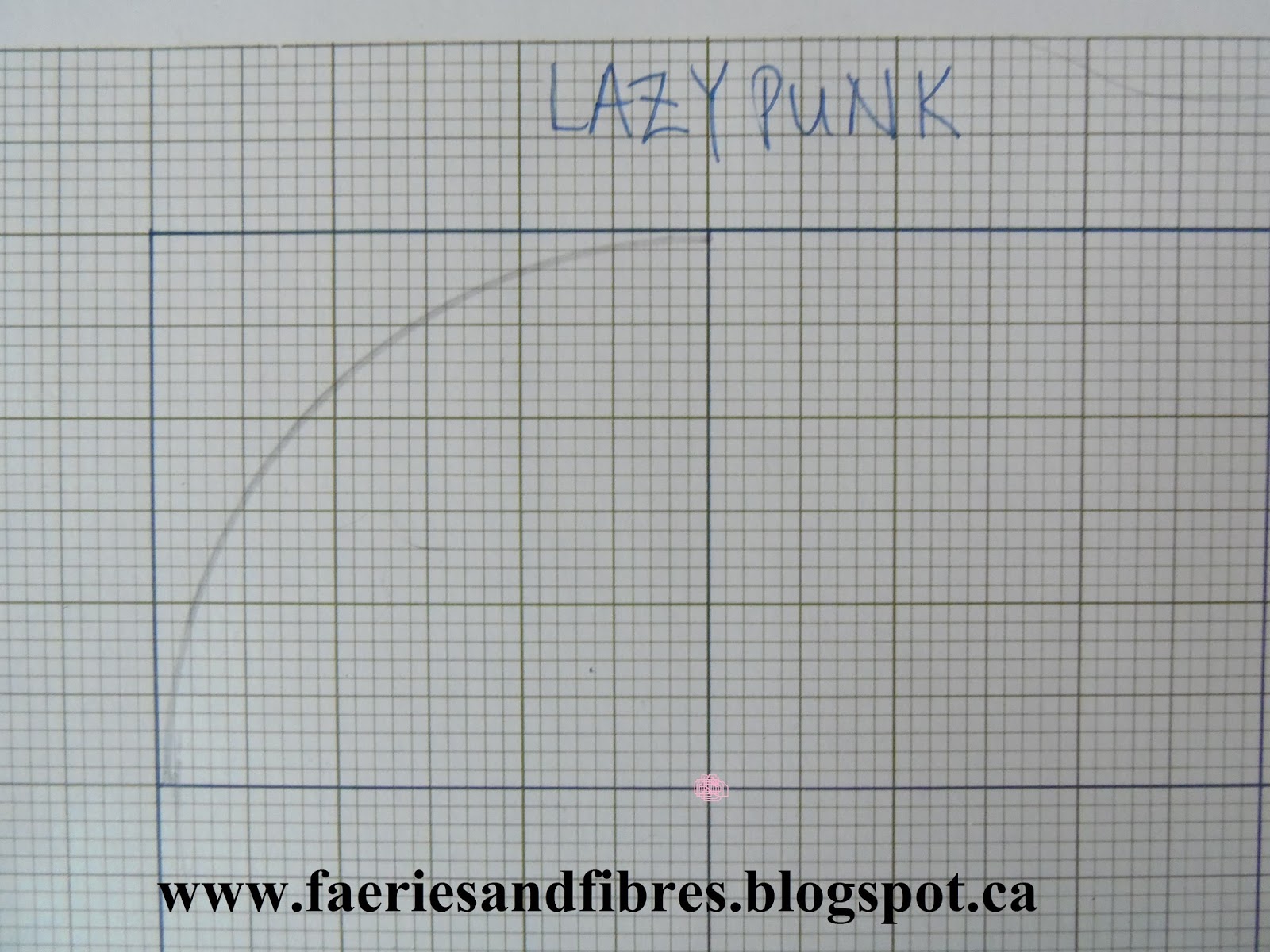 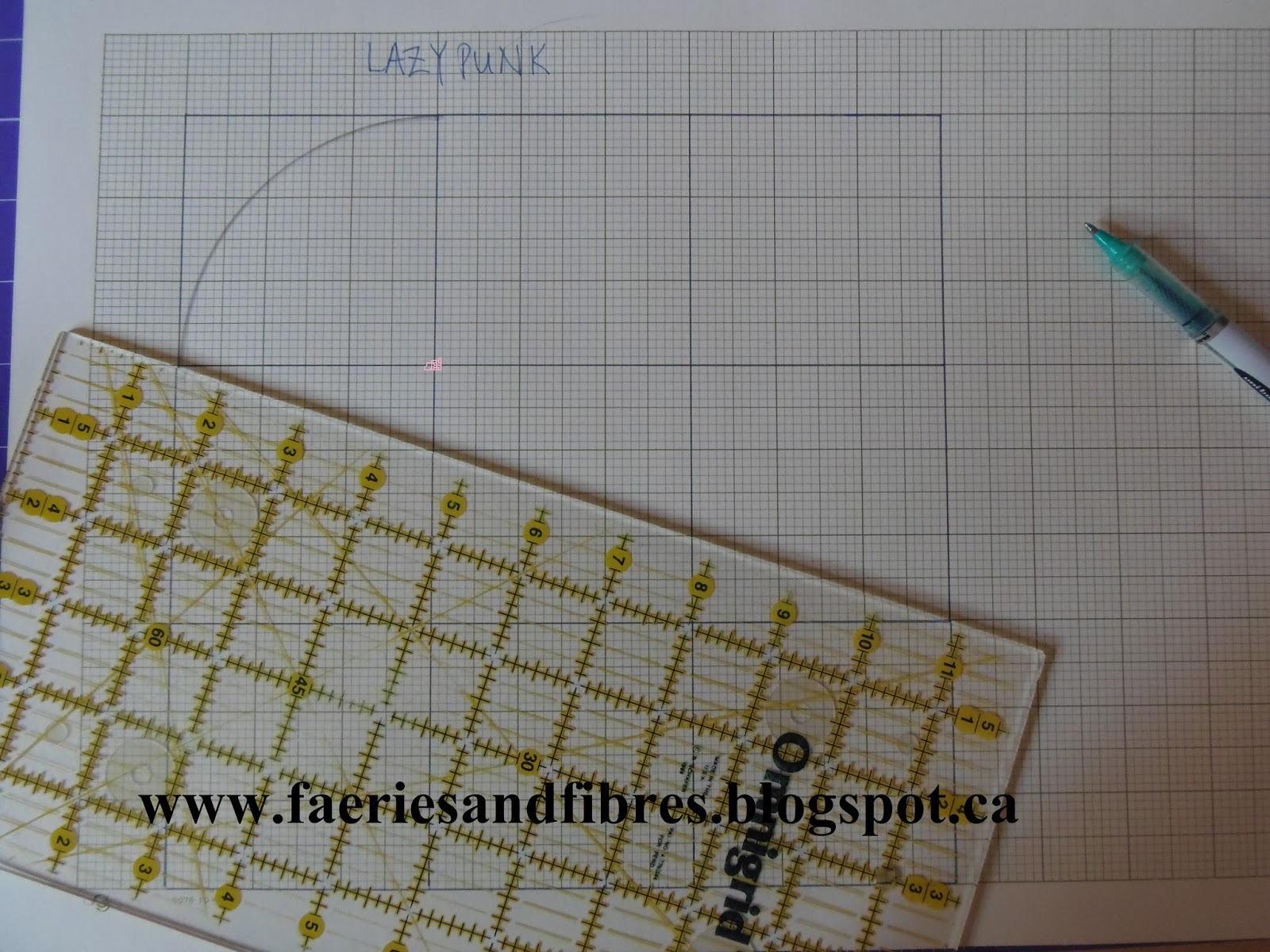 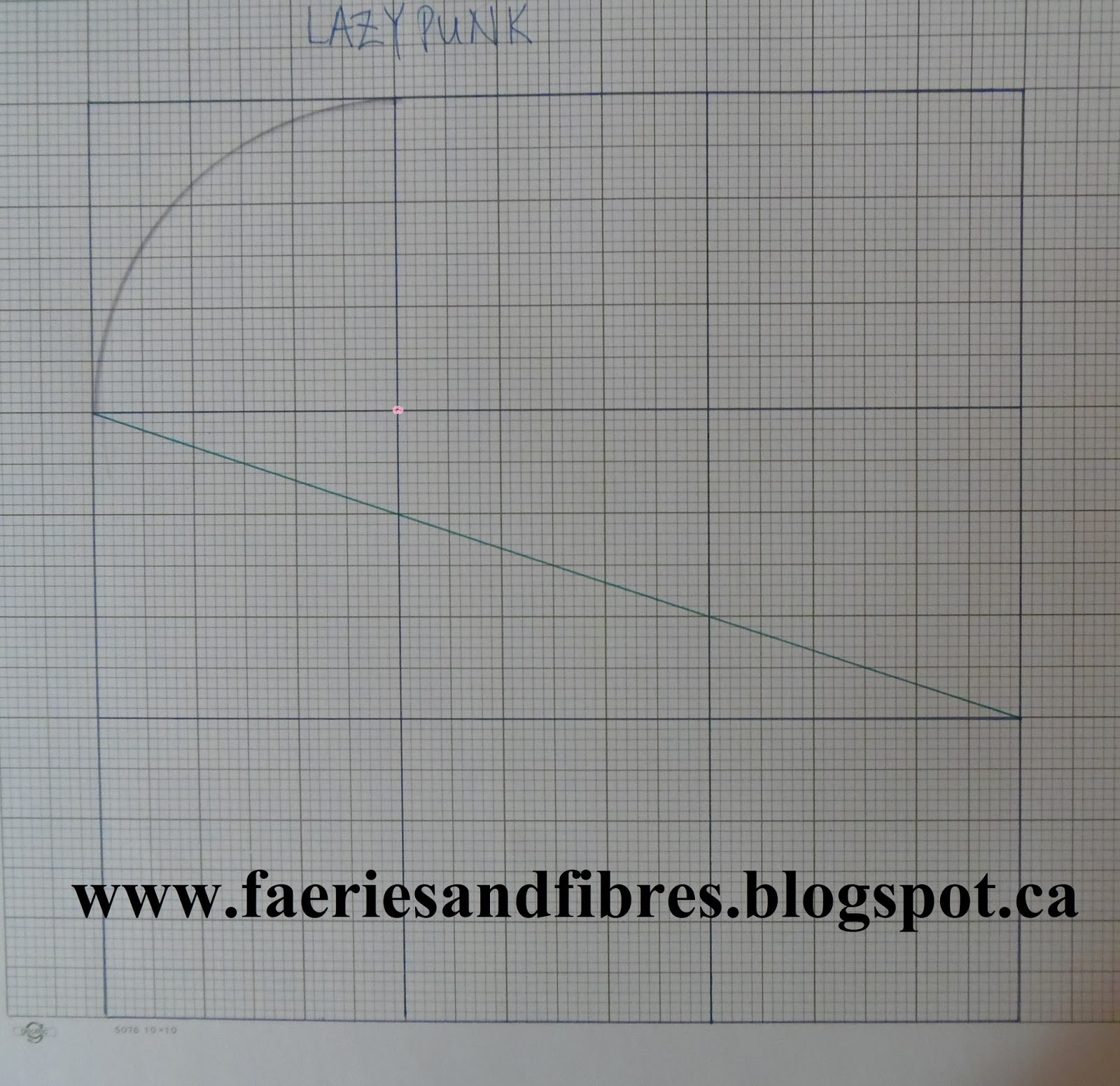 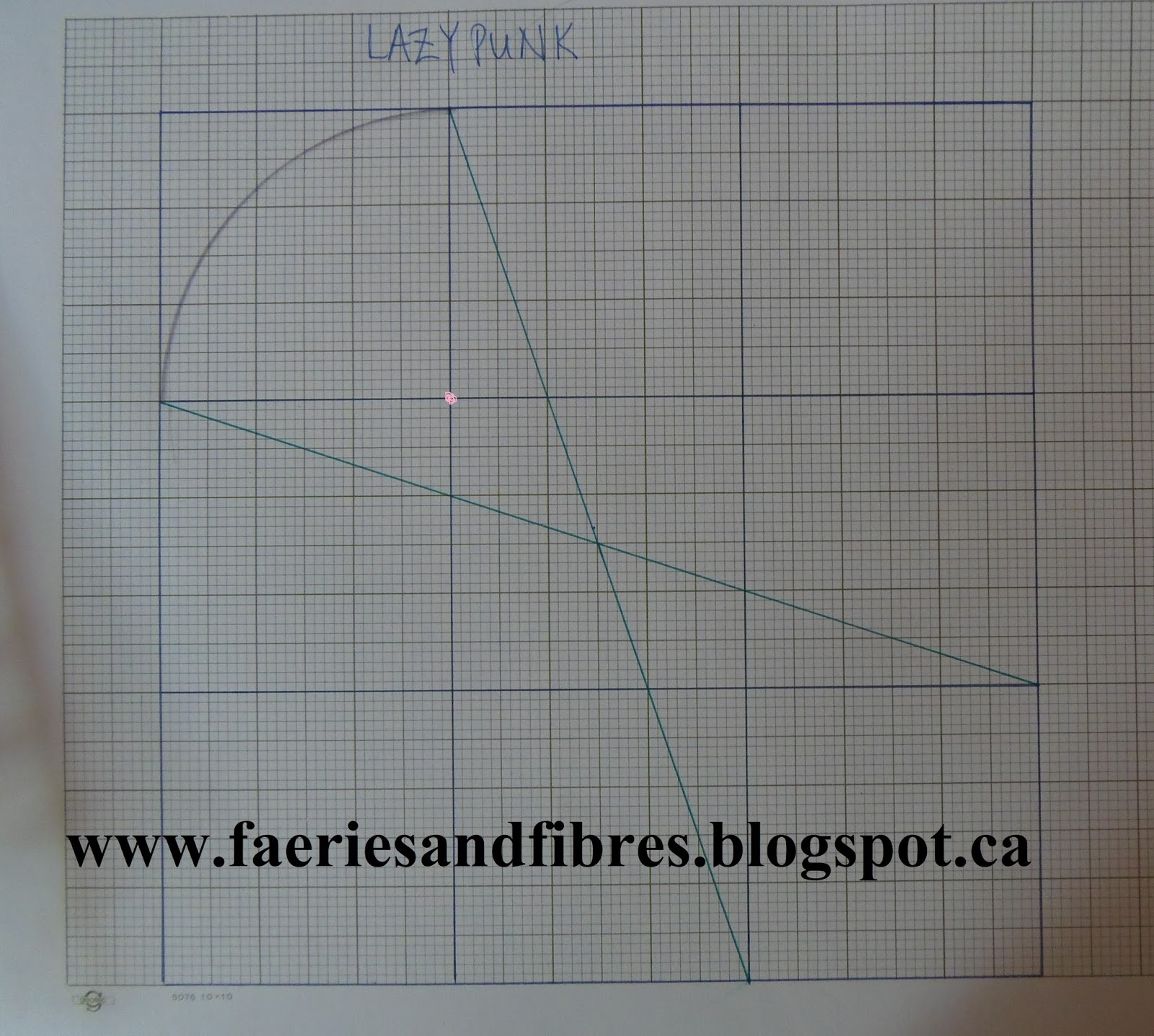 I place the point of my compass on the pink dot and drew a second arc that is approximately 3/4" in from the first arc. The actual measurement isn't important. I just chose a width that was visually pleasing to me. 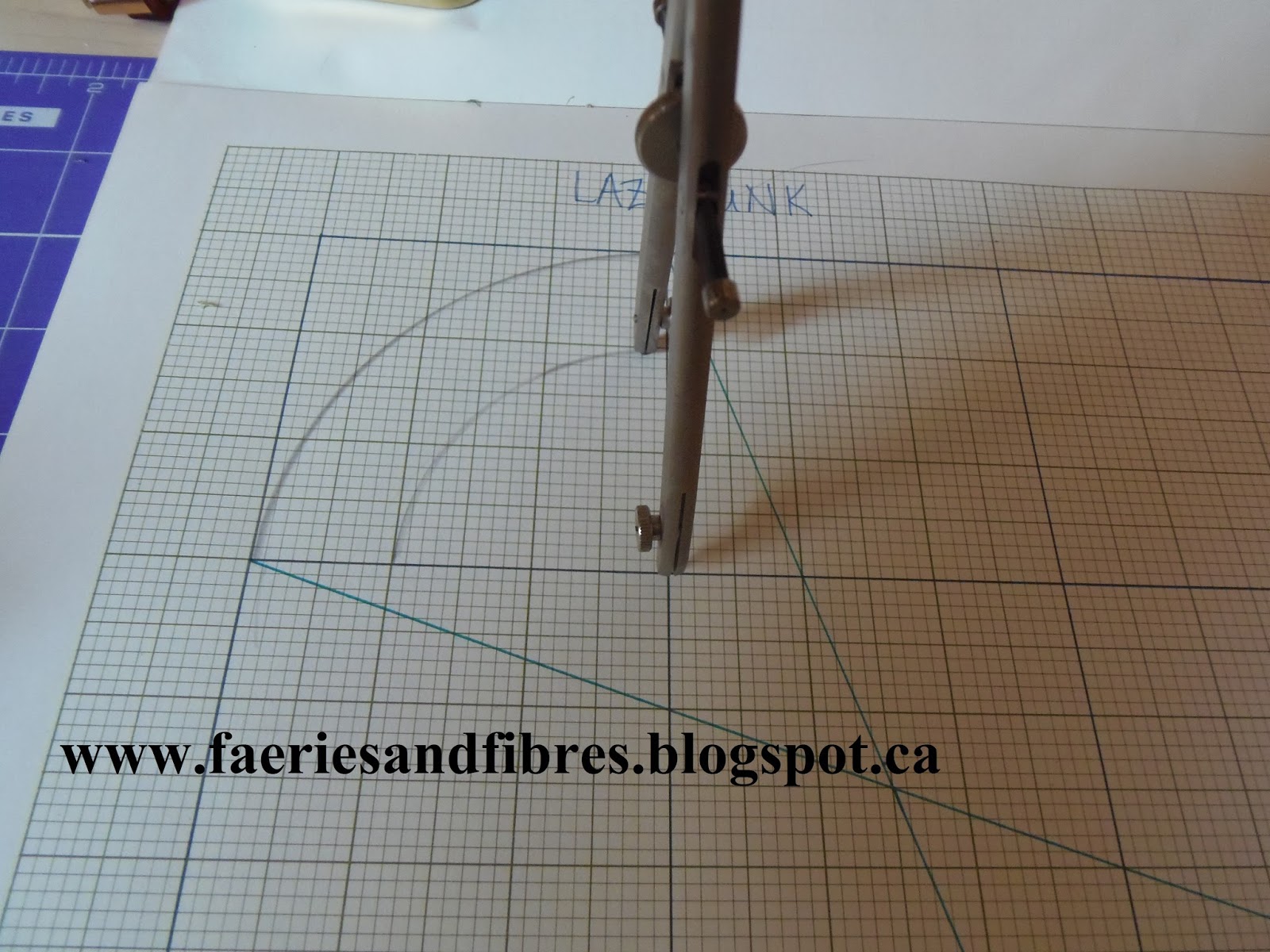 This is the completed arc and it doesn't look right.

This time I placed the point of my compass in the middle of the nine patch block and drew the arc. 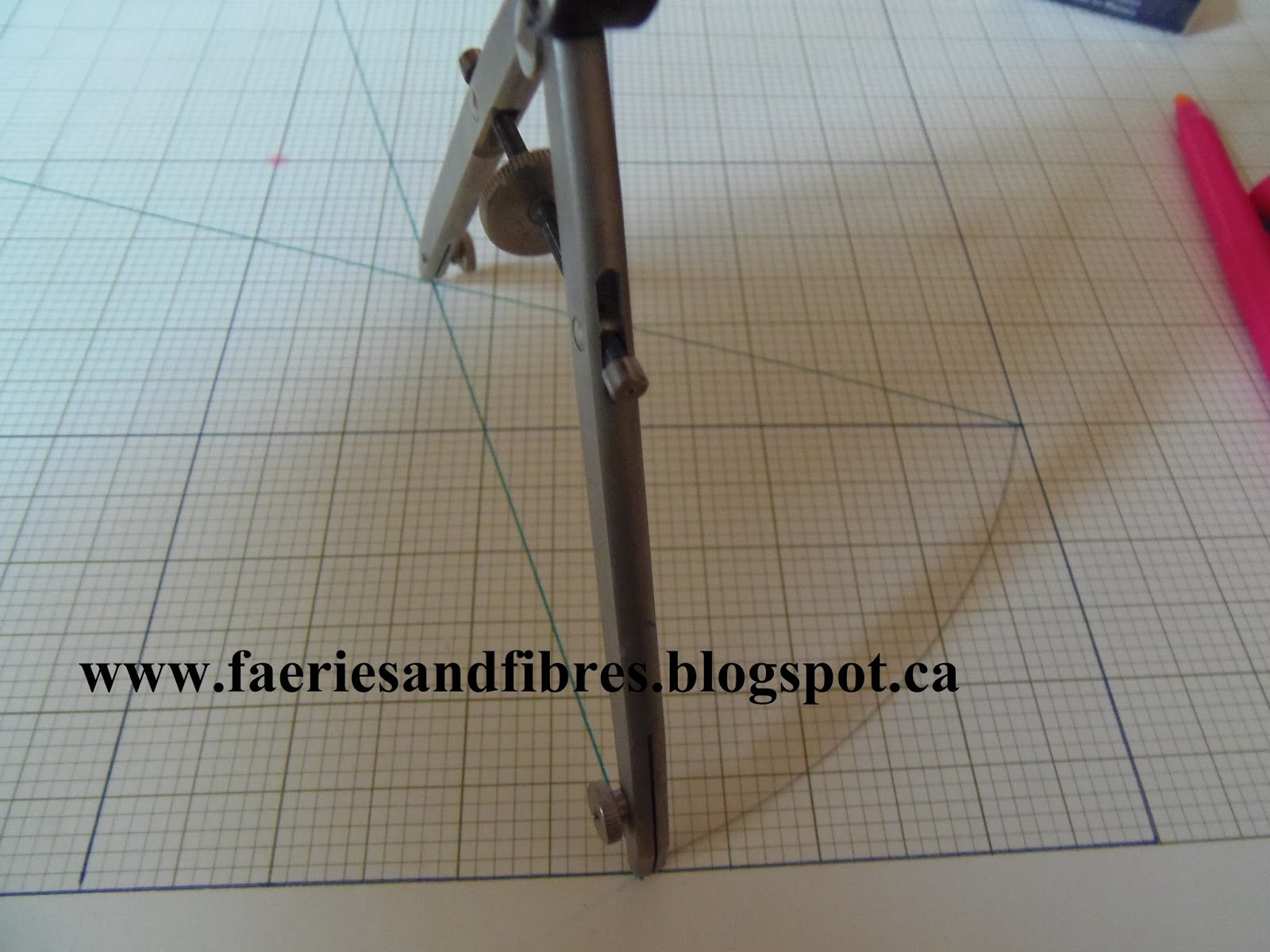 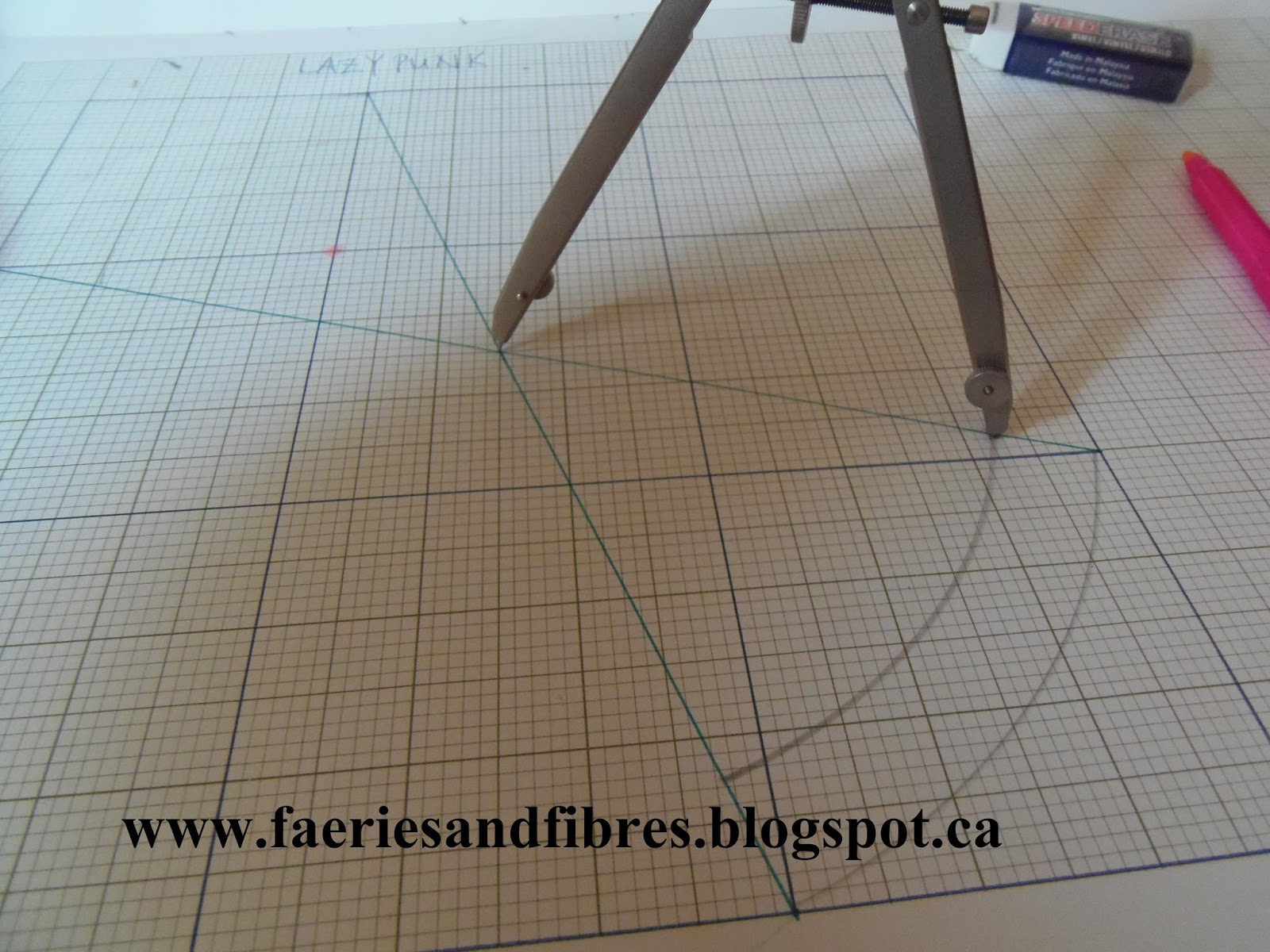 Here you can see the difference between the upper left and lower right arcs. The lower right is much better. So with my trusty eraser I removed the arcs on the upper right and replaced them with the new arcs with the point of the compass in the centre of the centre square. 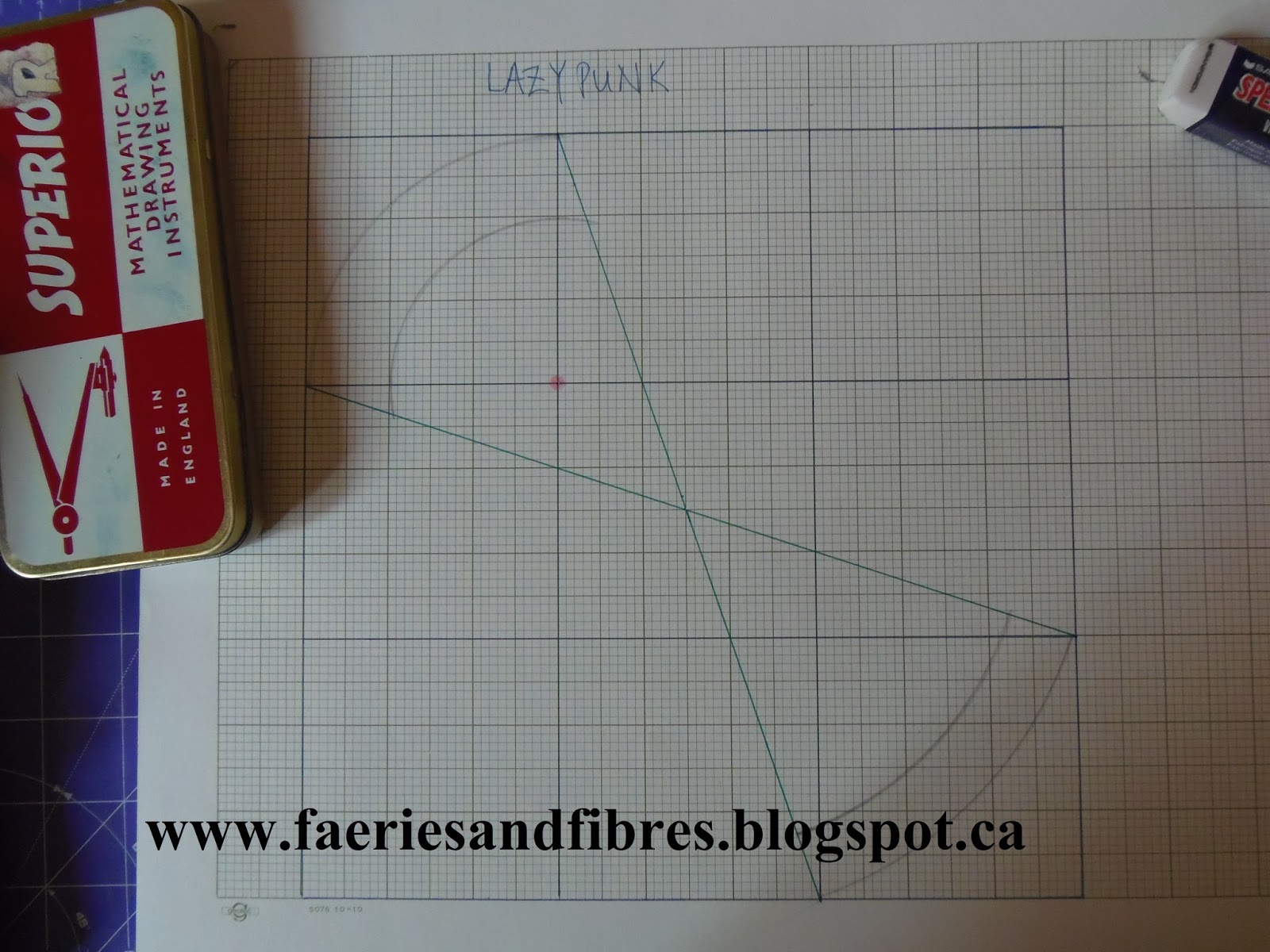 I checked out several household items until I came across something that was just the right size for the circle in the centre of the block. I traced around the edge of the blue cap. And here is the Lazy Punk block. 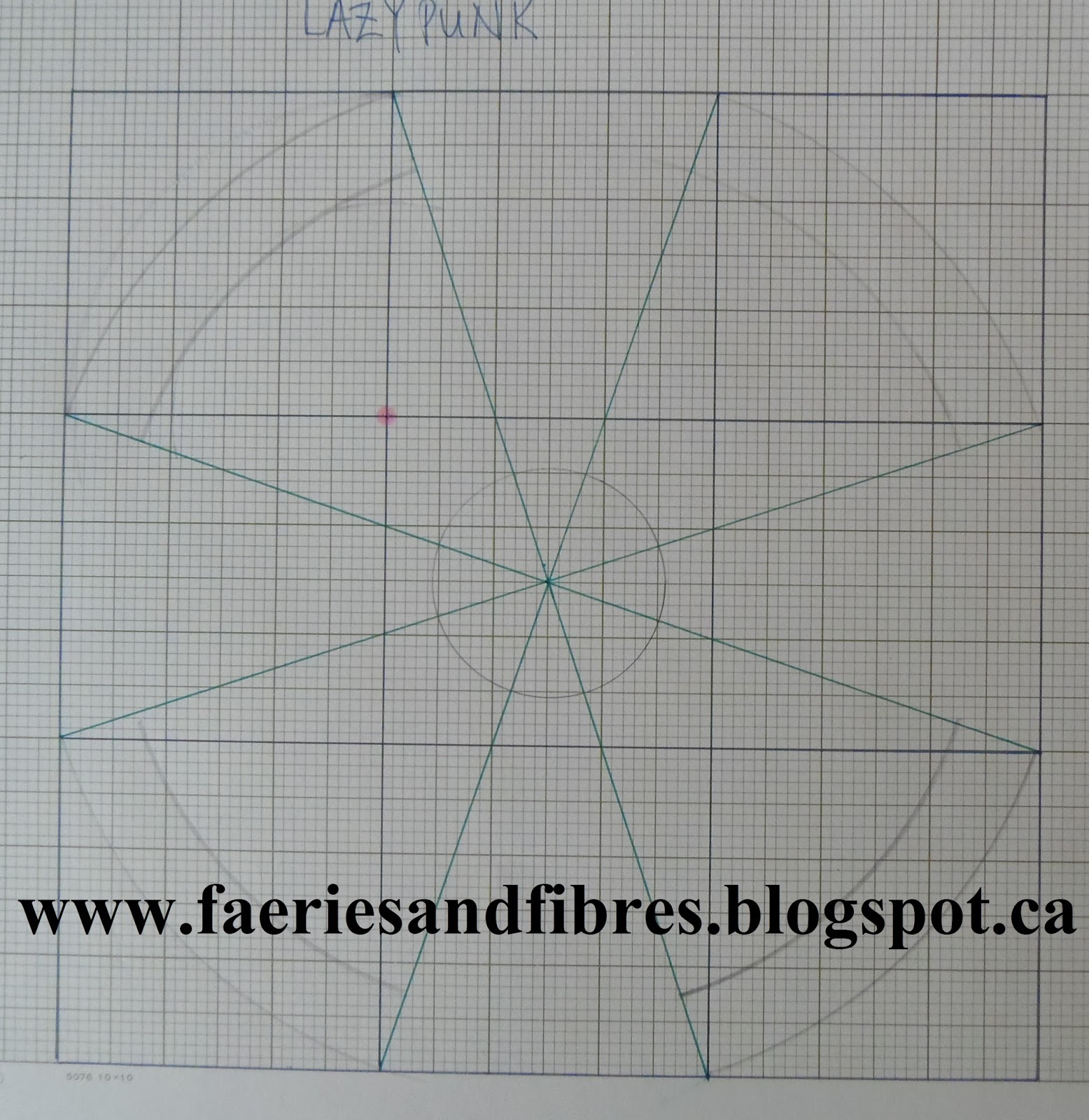 Now that I've drafted the pattern I need to make templates. Keep in mind that I DO NOT enjoy cutting fabrics that have to be cut precisely so I look for methods that allow me to cut fabric quickly and easily. Tomorrow I'll show you how I make my own tools to facilitate cutting fabric quickly easily and with no stress. And then the follow up will be preparing for applique by machine or hand. You'll be surprised at how stress free this complicated block is to construct with my lazy girl methods! So why not pull out your graft paper and draft your own block pattern. Tomorrow you'll need a little bit of cardboard (cereal boxes are fine), some clear plastic (I save the plastic covers of presentations for template material) and a permanent marker like a Sharpie.
Until I post again, happy drafting!