Goldfish in the pond

I was in the garden taking pictures and when I got to the pond some of the goldfish were congregating around the yellow flag roots. The white and orange goldfish  and the various shades of green reminded me of a challenge quilt that I made. 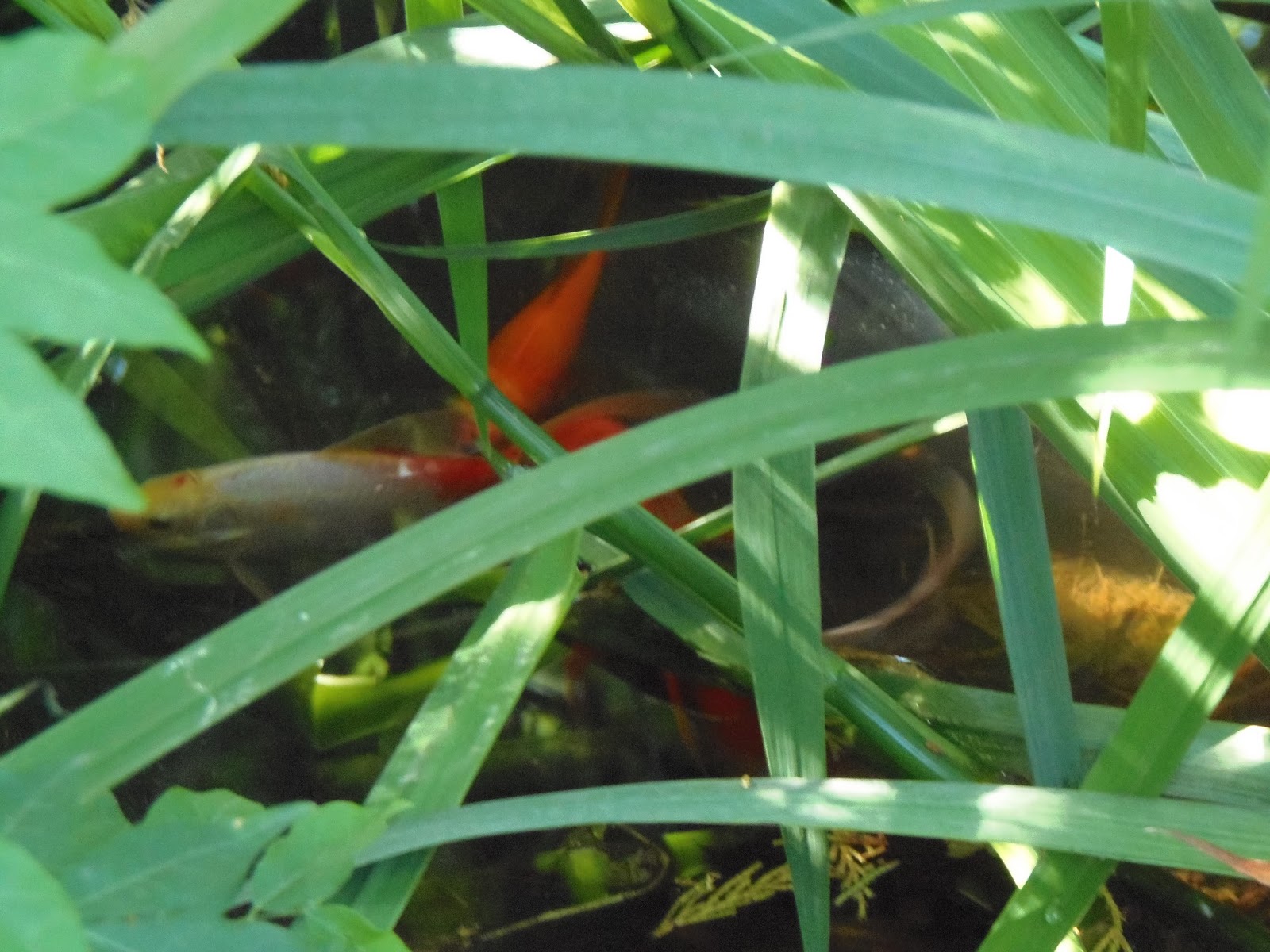 The quilt is made of hexagons and diamonds. There were three challenge fabrics and they were all from Northcott. The first was a variegated orange from a Halloween line, the second was On Golden Pond which was goldfish on a butter background and the third was a small orange and periwinkle blue print (I don't remember the name of the line that the fabric came from). An additional five fabrics could be added to the three challenge fabrics. I chose five shades of green.

The quilt has six star blocks made from the On Golden Pond fabric. I fussy cut the goldfish to make six star blocks. In this block you can see the bodies with the tails fanned out at the points. 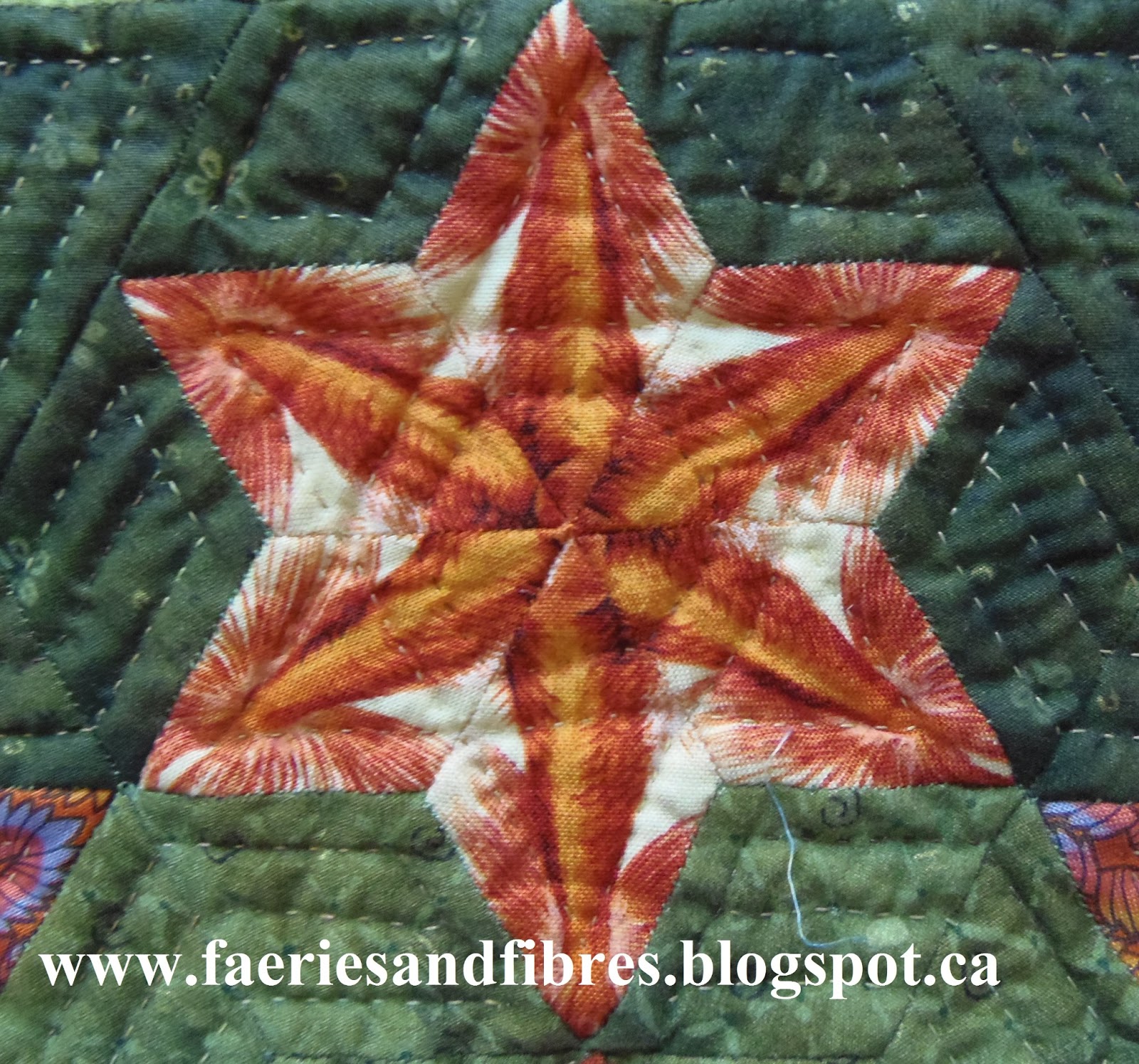 To make the star blocks I used window templates as discussed in my tutorial on fussy cutting. The "clear template" allowed me to select the part of the fabric I wanted to use in the block. I traced around the template and cut out the diamond patch. For the remaining five diamonds I simply positioned the cut patch on the fabric so that everything lined up, I traced around it and then cut it out. )I'll post photos of how I do this tomorrow.) I repeated the process for the remaining four diamond patches and then English paper pieced the stars in the usual method. These are the other five star blocks made from the goldfish fabric. 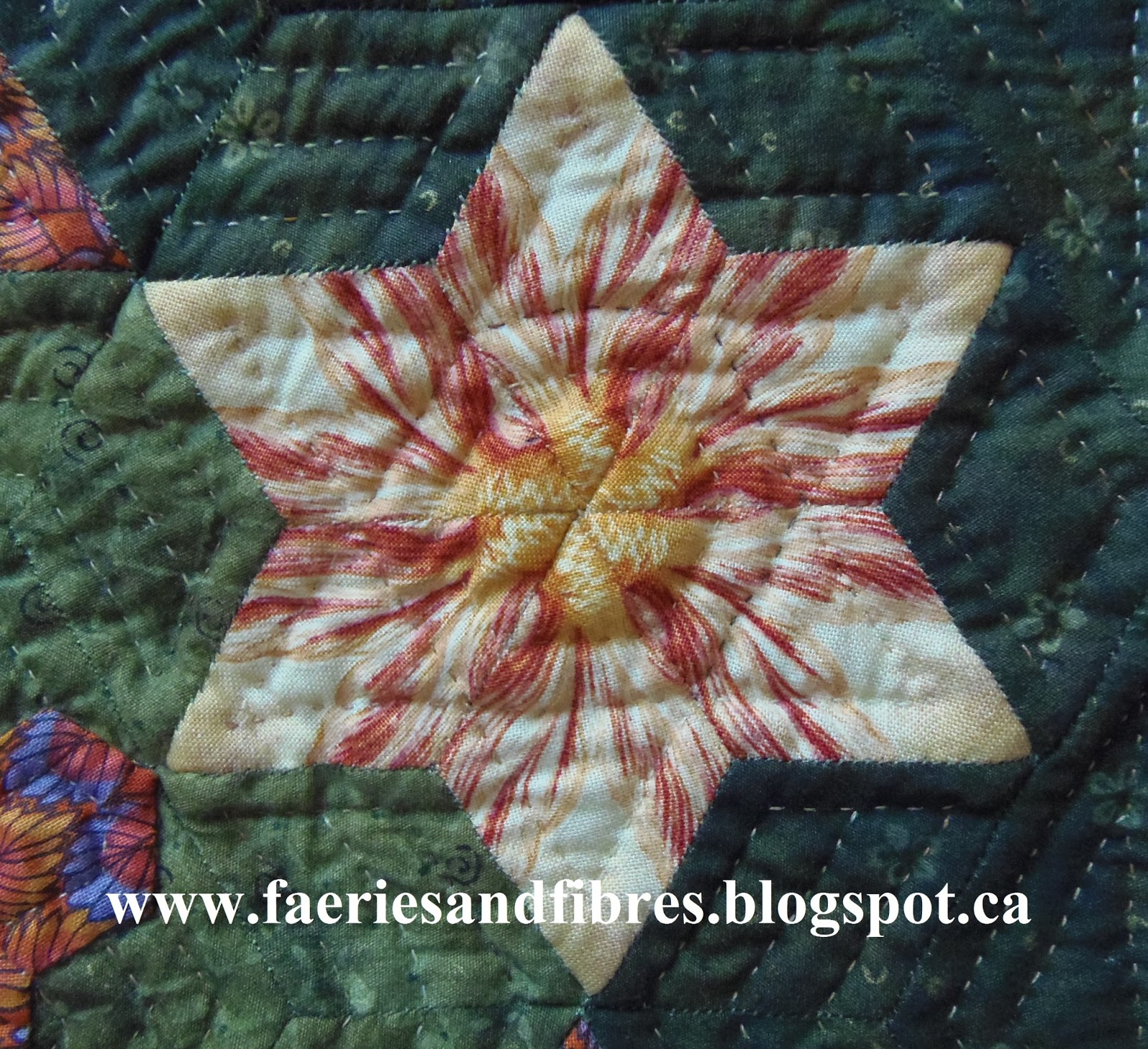 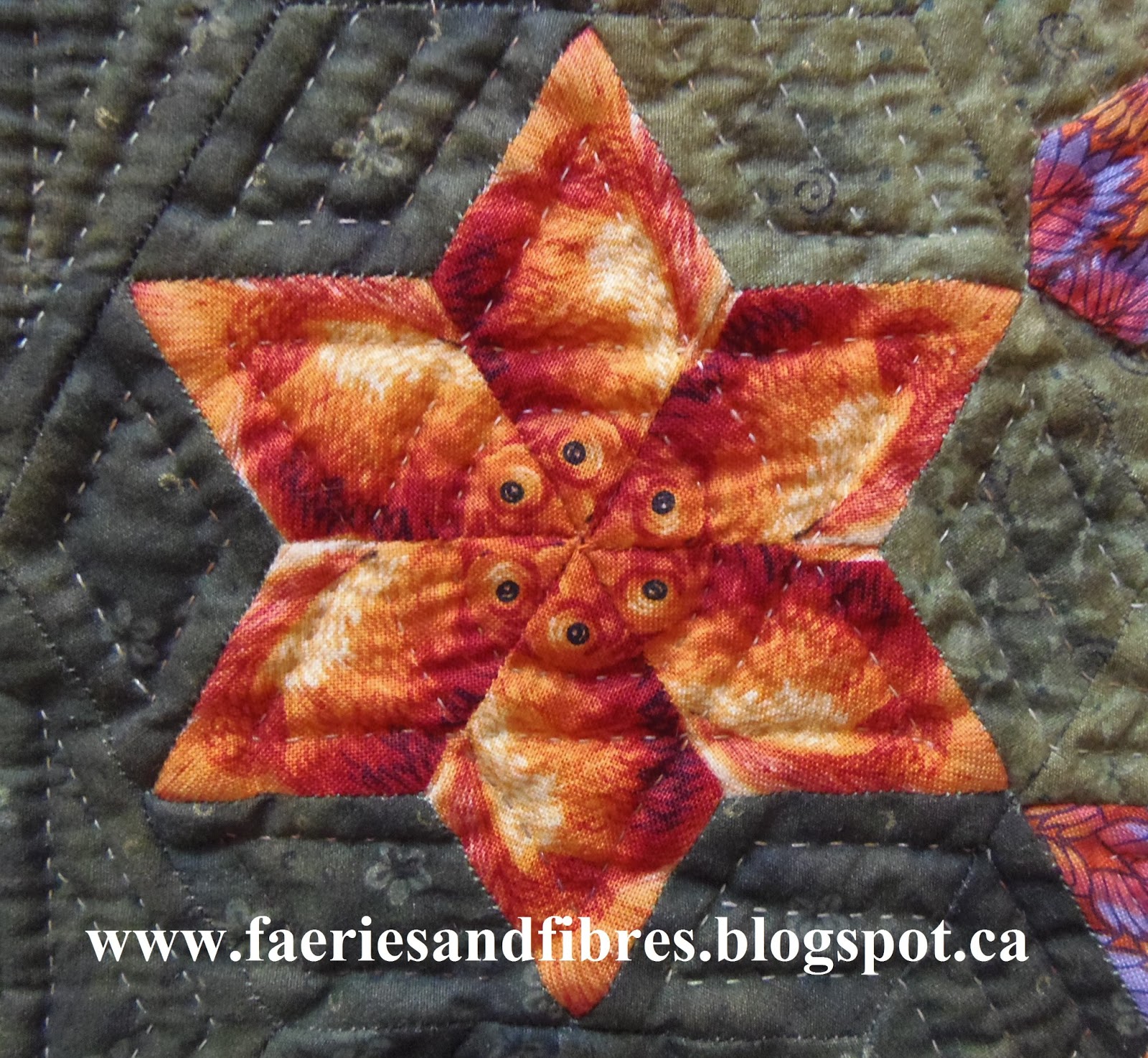 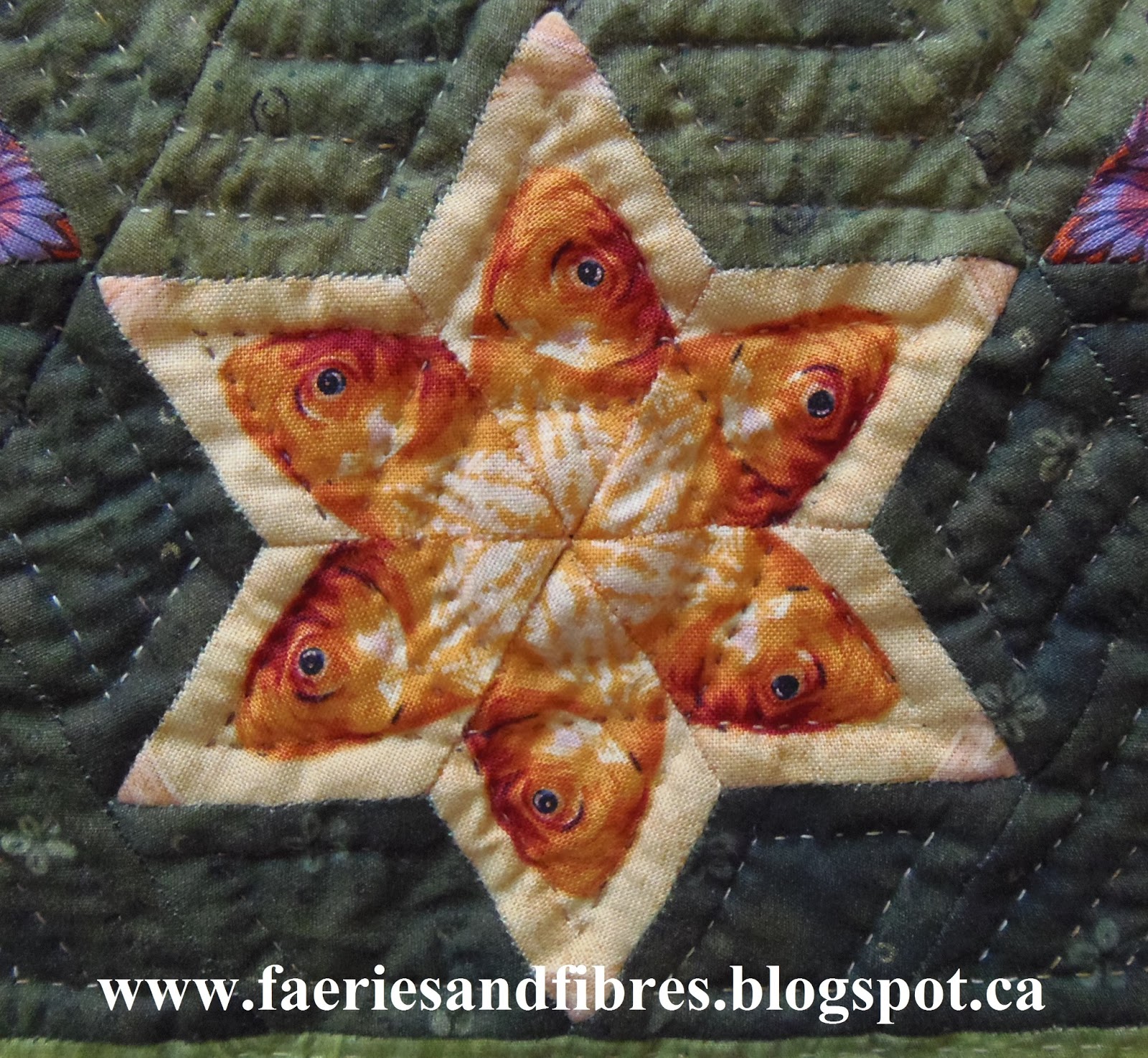 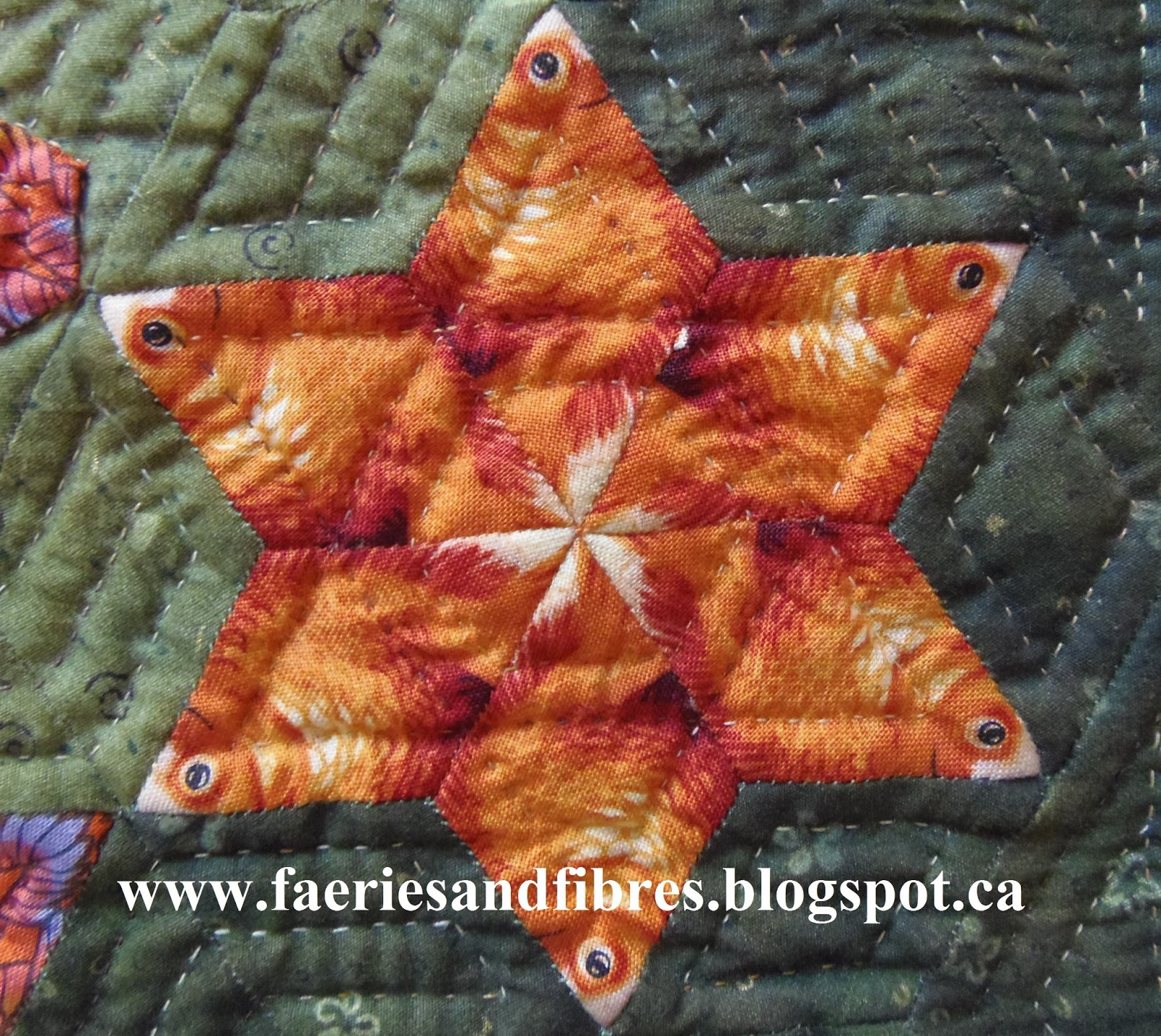 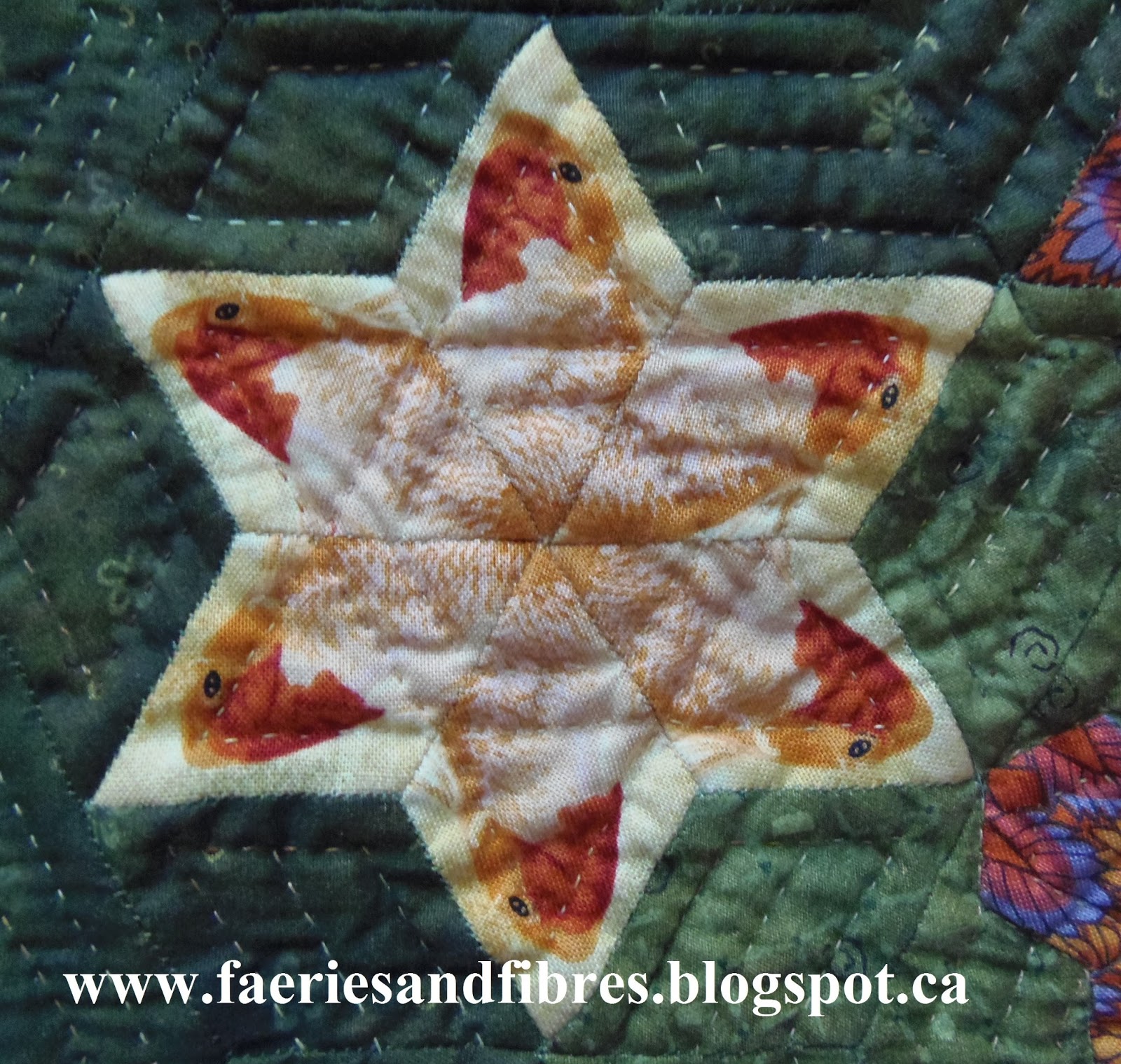 Tomorrow I'll show you some more close-ups of the quilt, how I made added some of the details and the name of the quilt which is related to my Cornish heritage - another quilt with a little story!

For now I'll leave you with what is in the garden today! 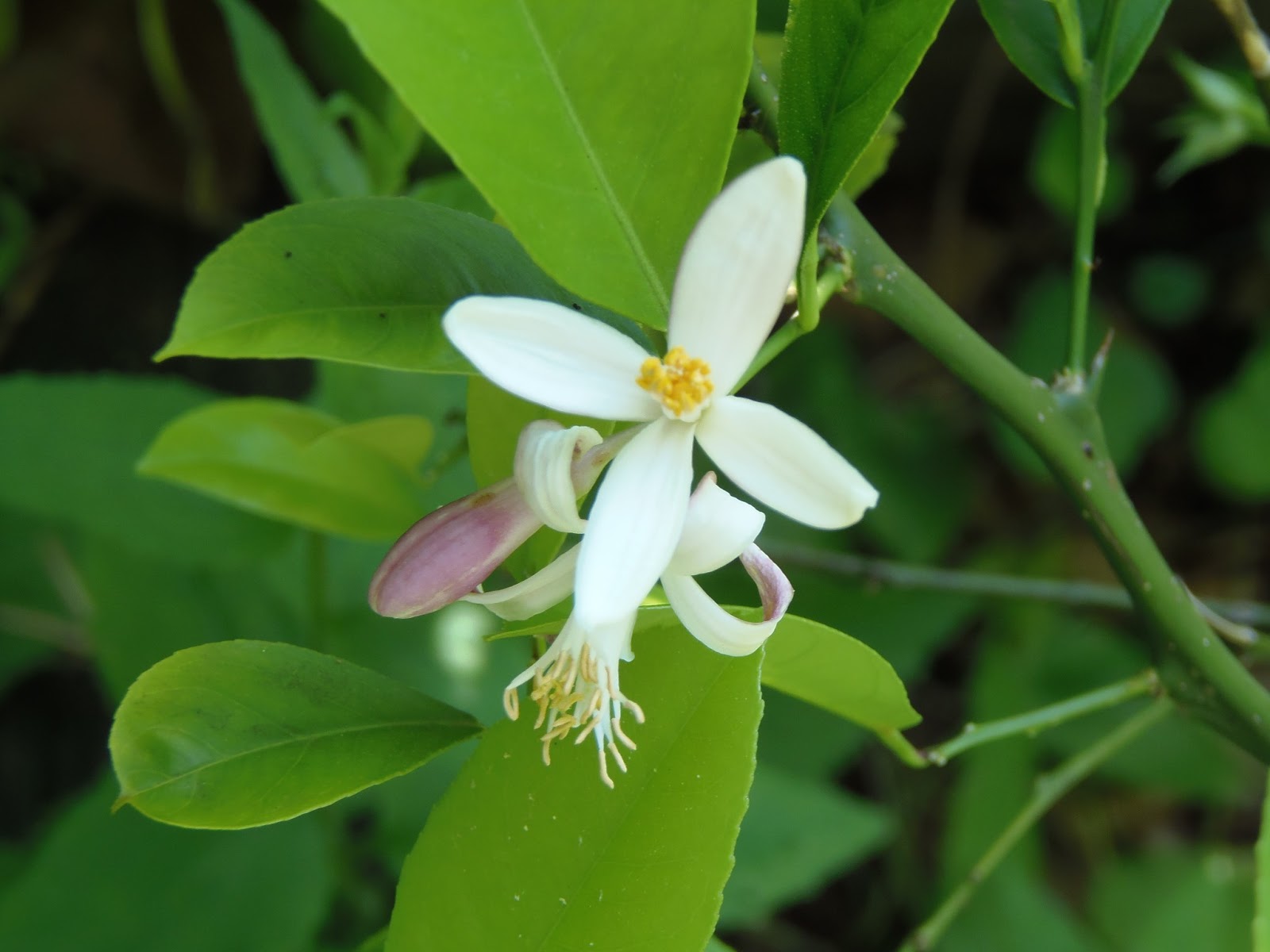 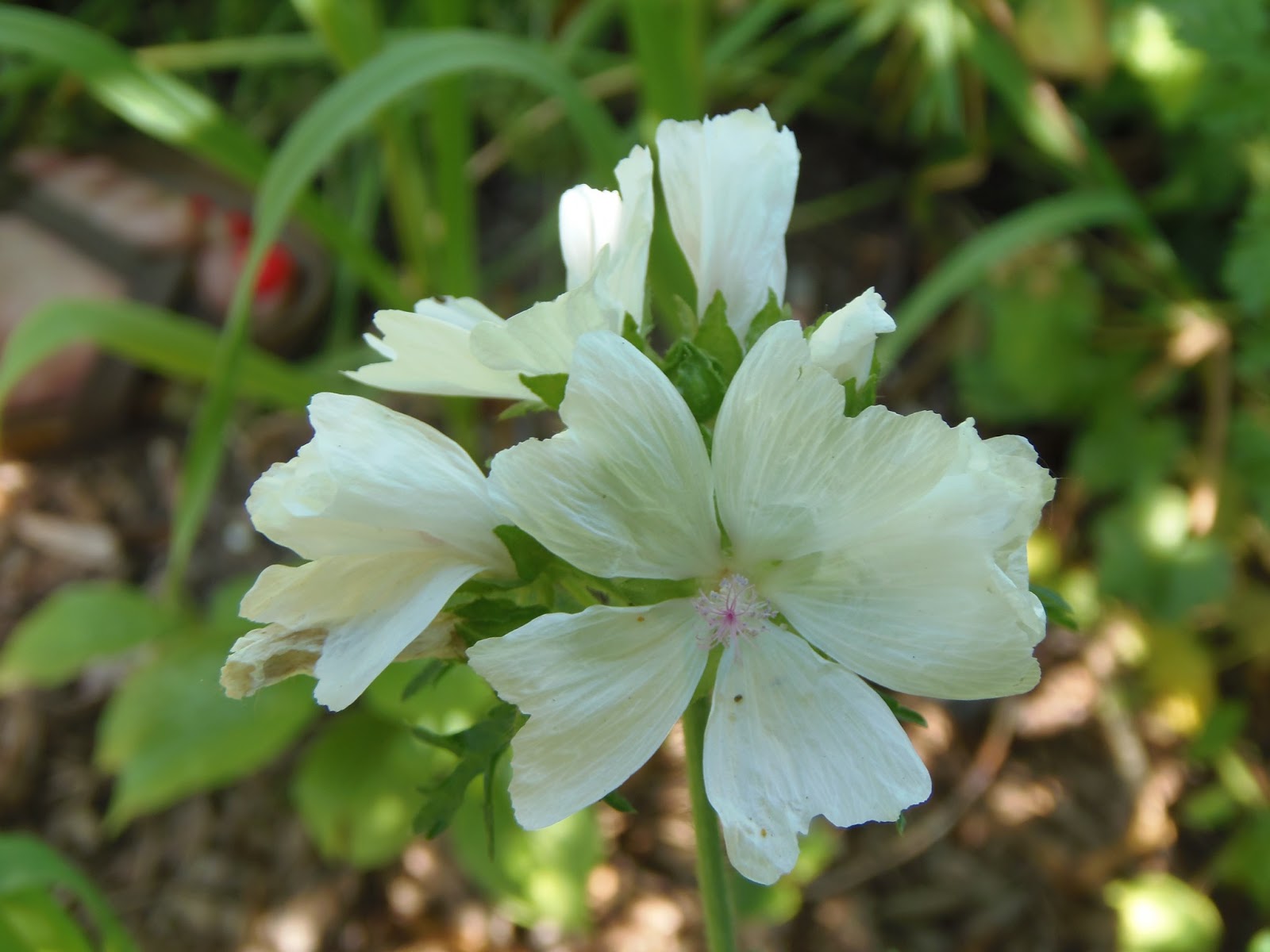 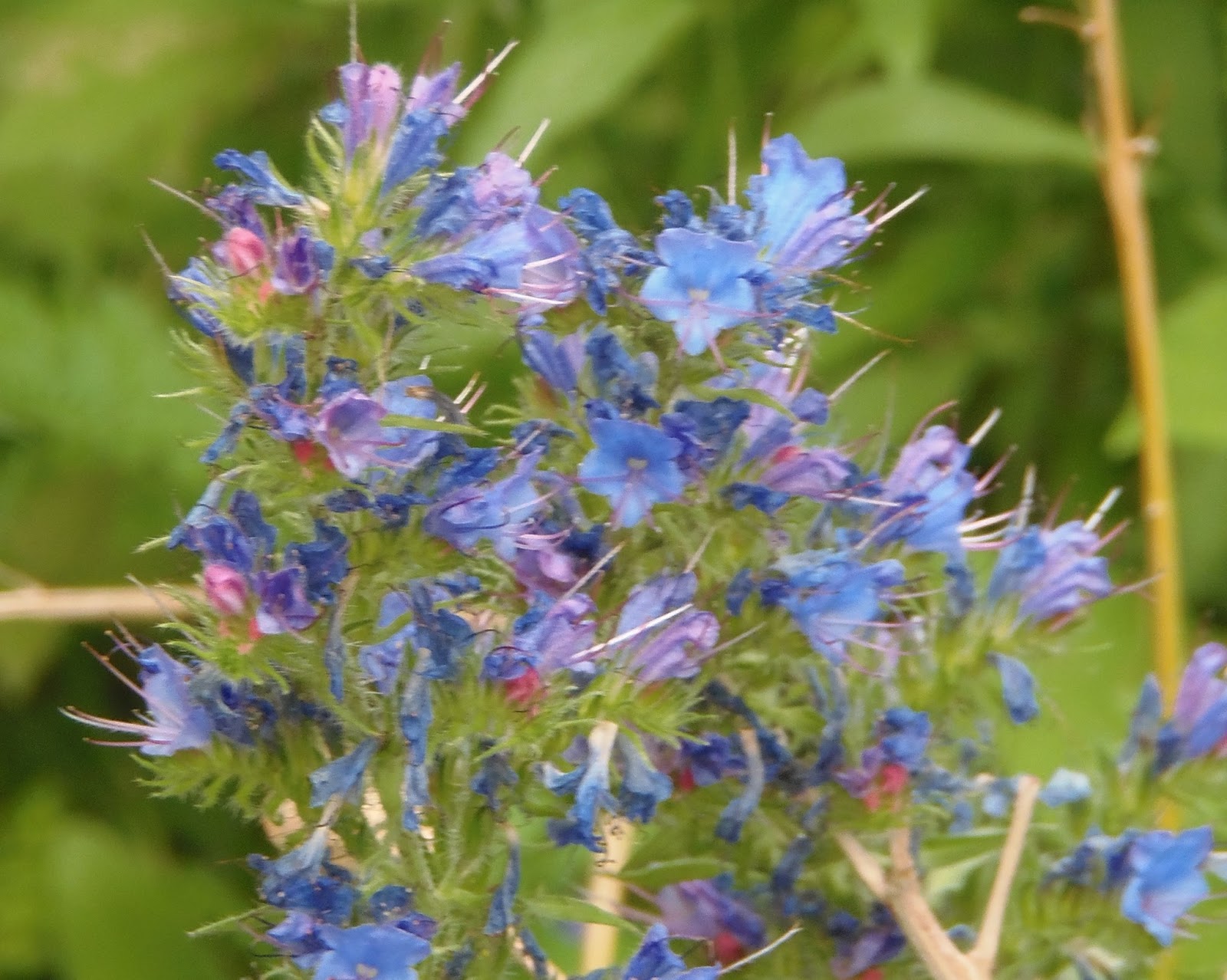 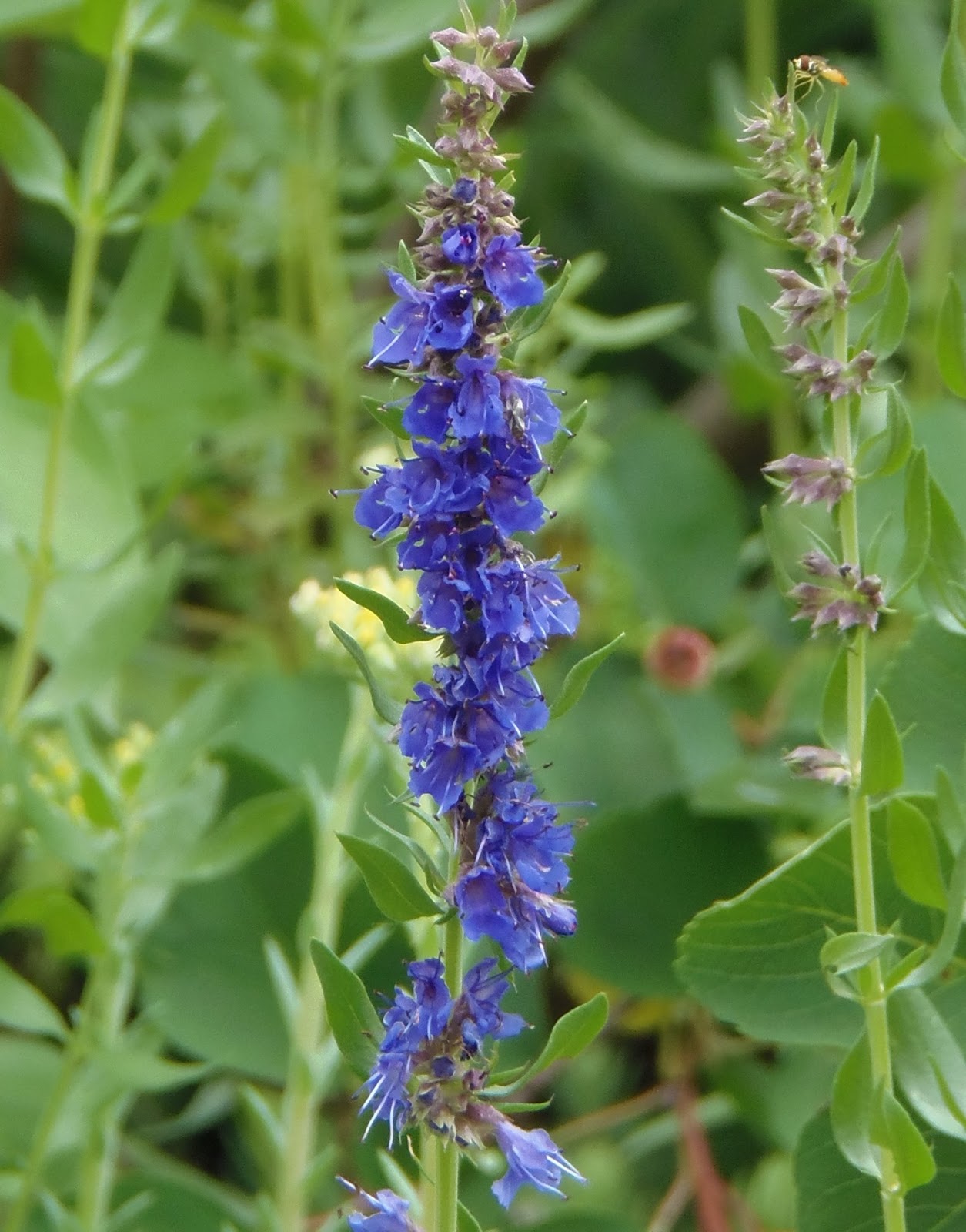 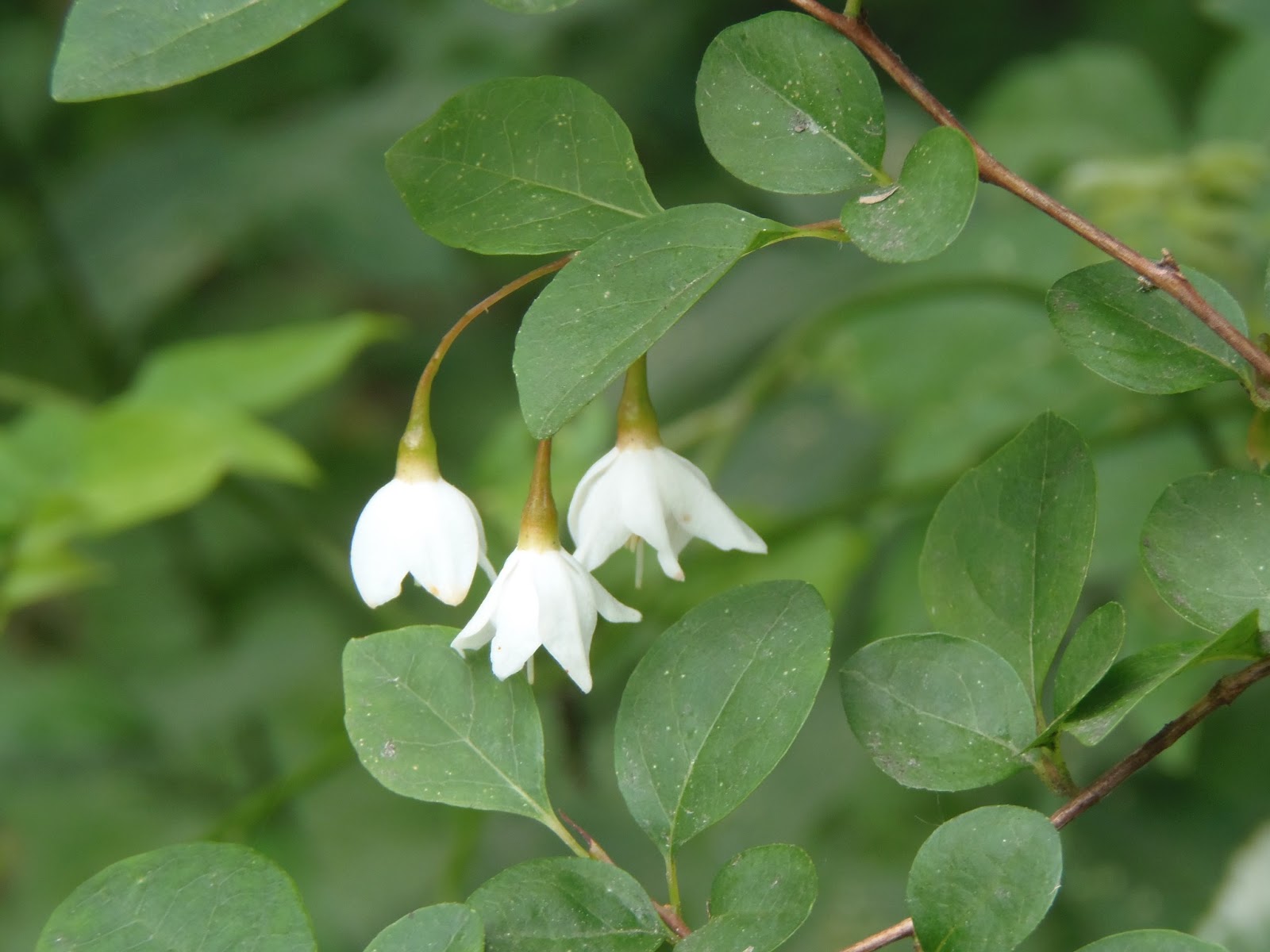 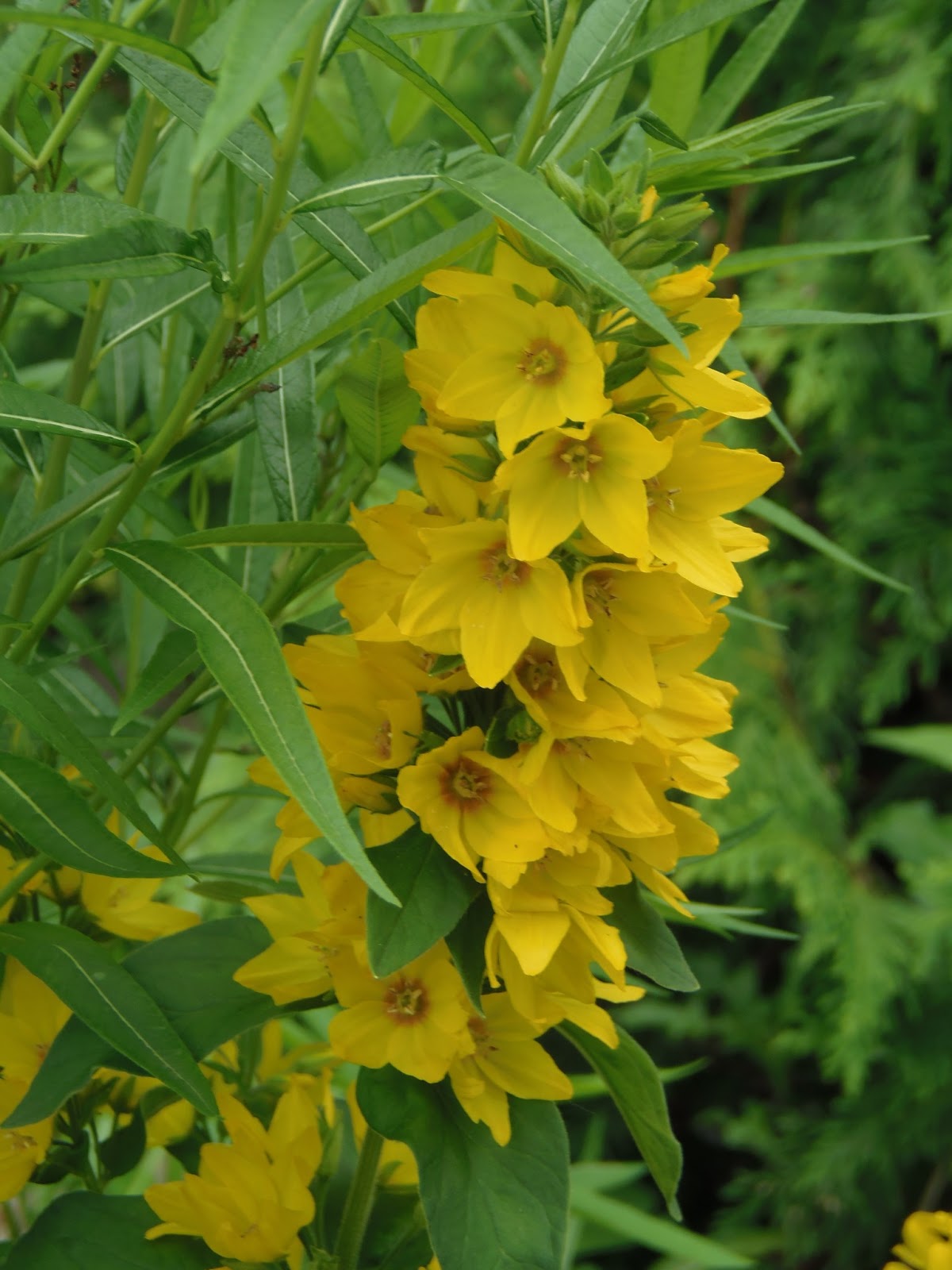 I forget what this is 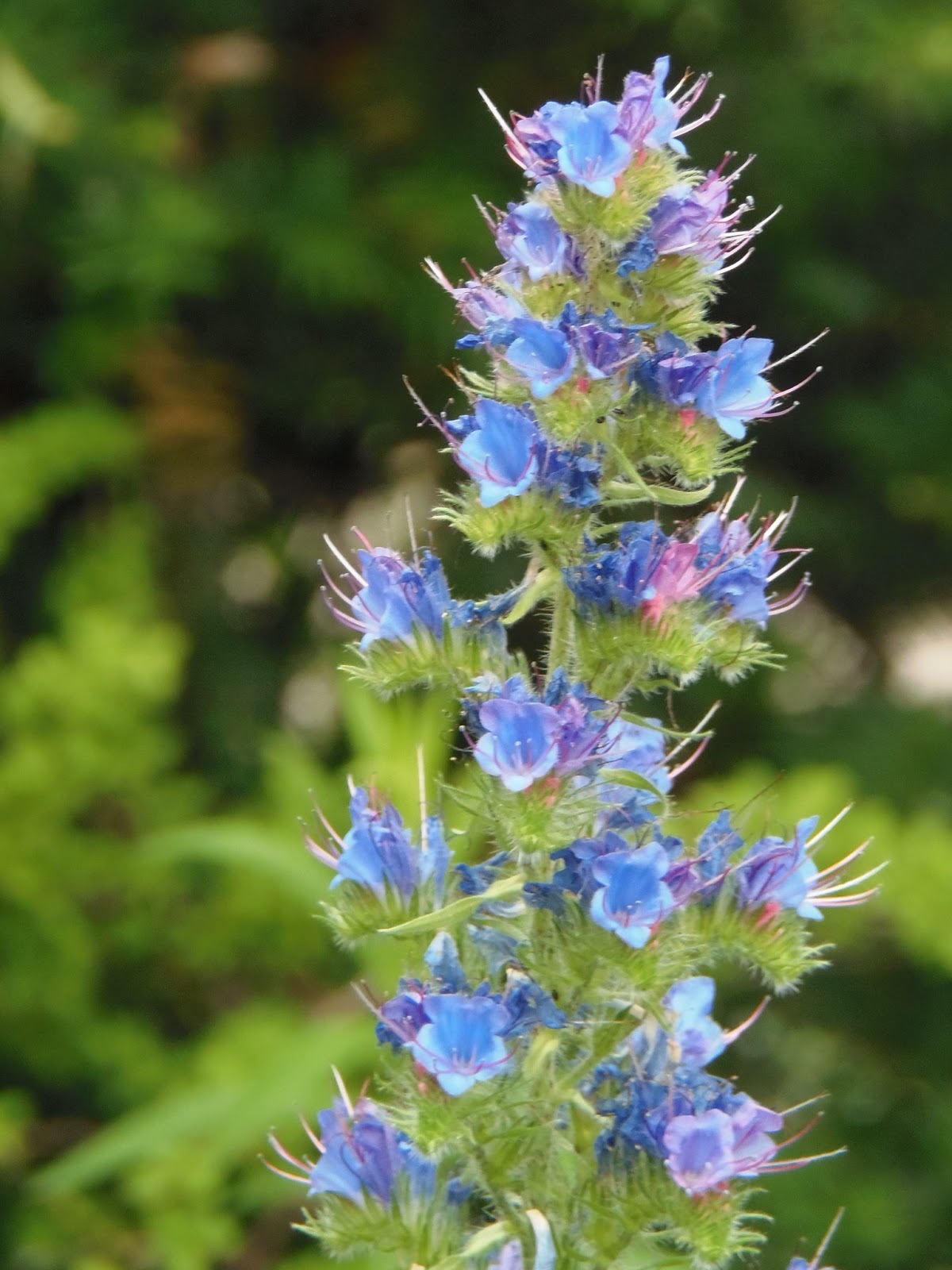 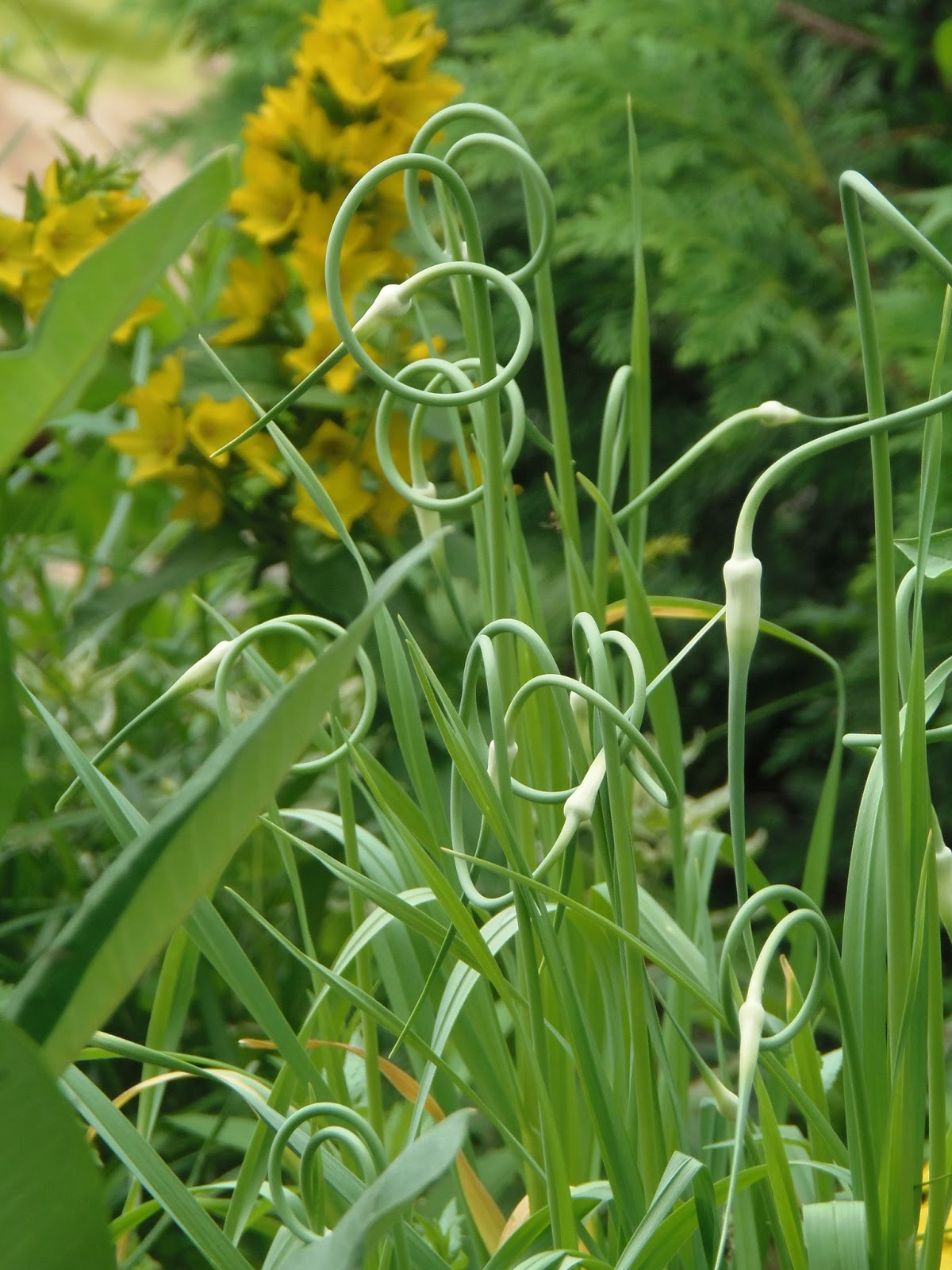