The Anna Karenina Project and more fun with nine patches

My guild runs a silent auction every other May. Members of the Guild make miniature quilts and small quilts which are auctioned and the proceeds are donated to the 416 Community Support for Women.  I made two pieces. The first was titled The Anna Karenina Project. 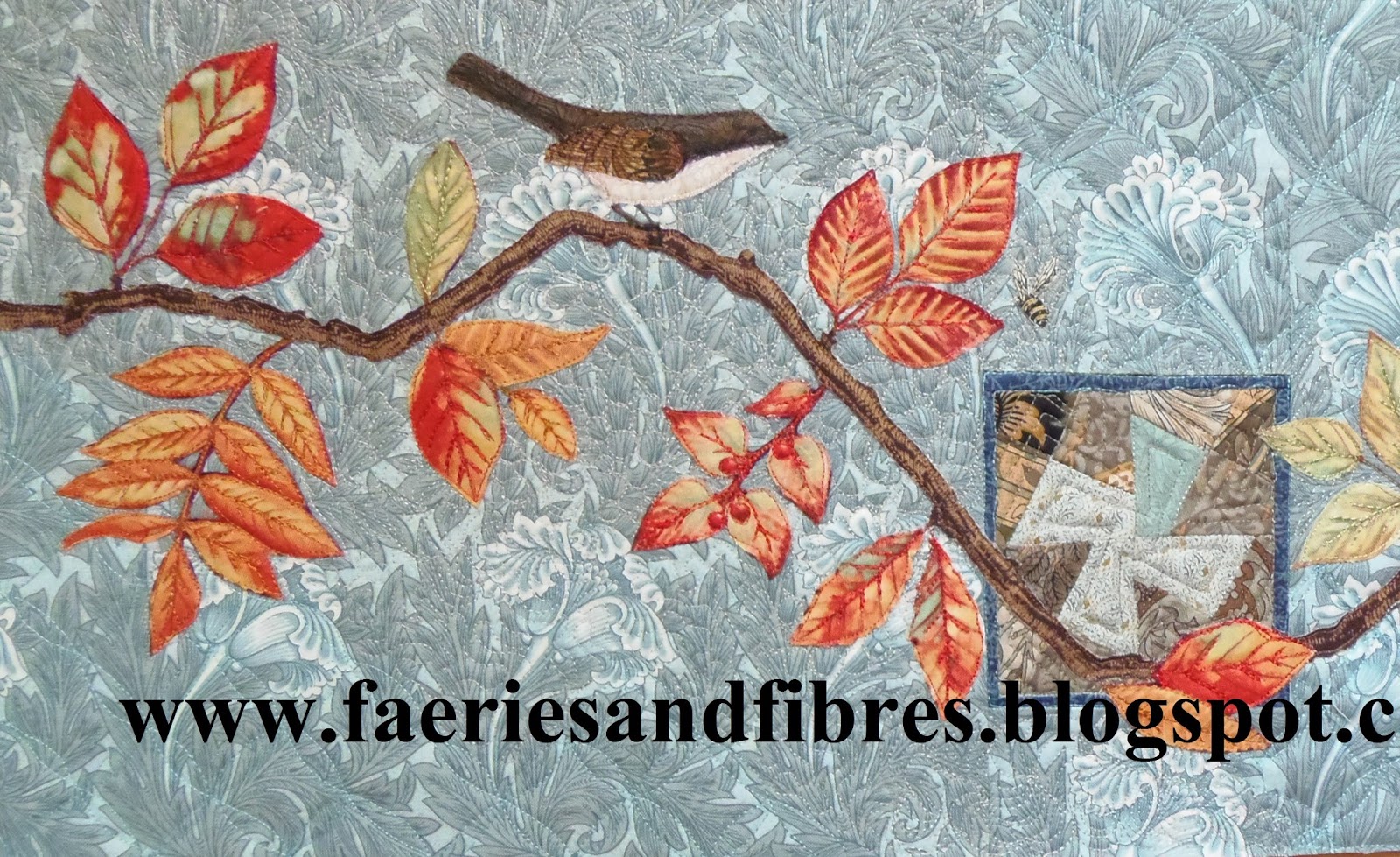 My friend Anne was selling some of her fabrics and she had a basket of freebies. One of the pieces was a William Morris fabric with an inset pinwheel. It was intended to be a book cover but Anne wasn't happy with the pinwheel. I rescued the piece and took it home. I took apart the pinwheel and replace two of the pieces and then put it back together. I then appliqued the branch, leaves, bird and bee.

I then quilted with some lovely rayon threads. So the making of this quilt really was a joint project hence the name, Anna (for Anne) and Karenina (for me Karen)! The guests at the auction were given a ballot so that they could vote for their favourite quilt and at my Guild meeting this week I found out that this quilt placed second! And to think that the book cover was a throw away!

And that is why I hate to throw away scraps. Little bits of nothing can be turned into something beautiful with a little bit of imagination an playing around! As you know 3" nine patches are a favourite of mine because they make use of those scraps. You can make a simple nine patch like this... 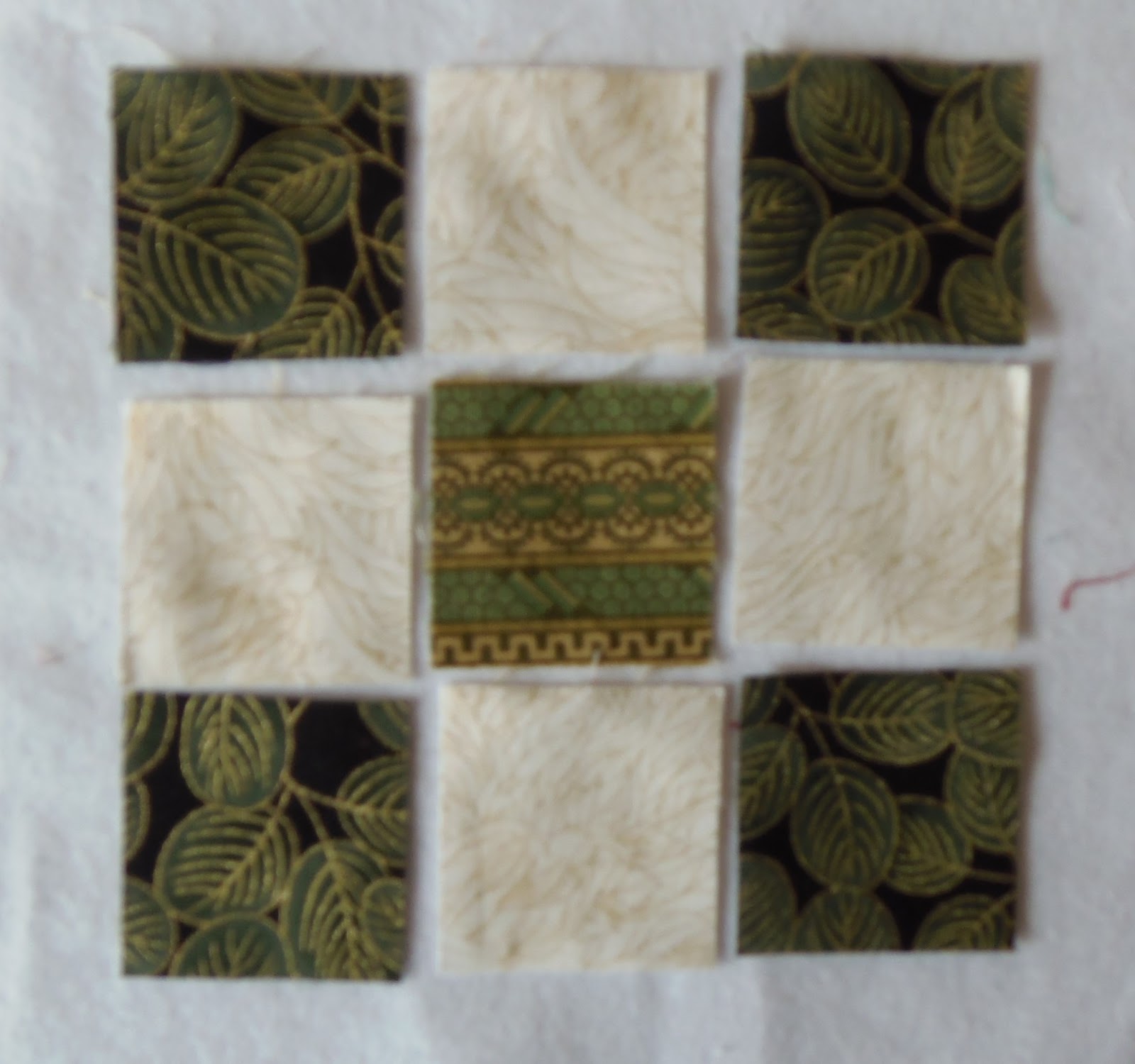 or you can rearrange the patches and come up with something like this! 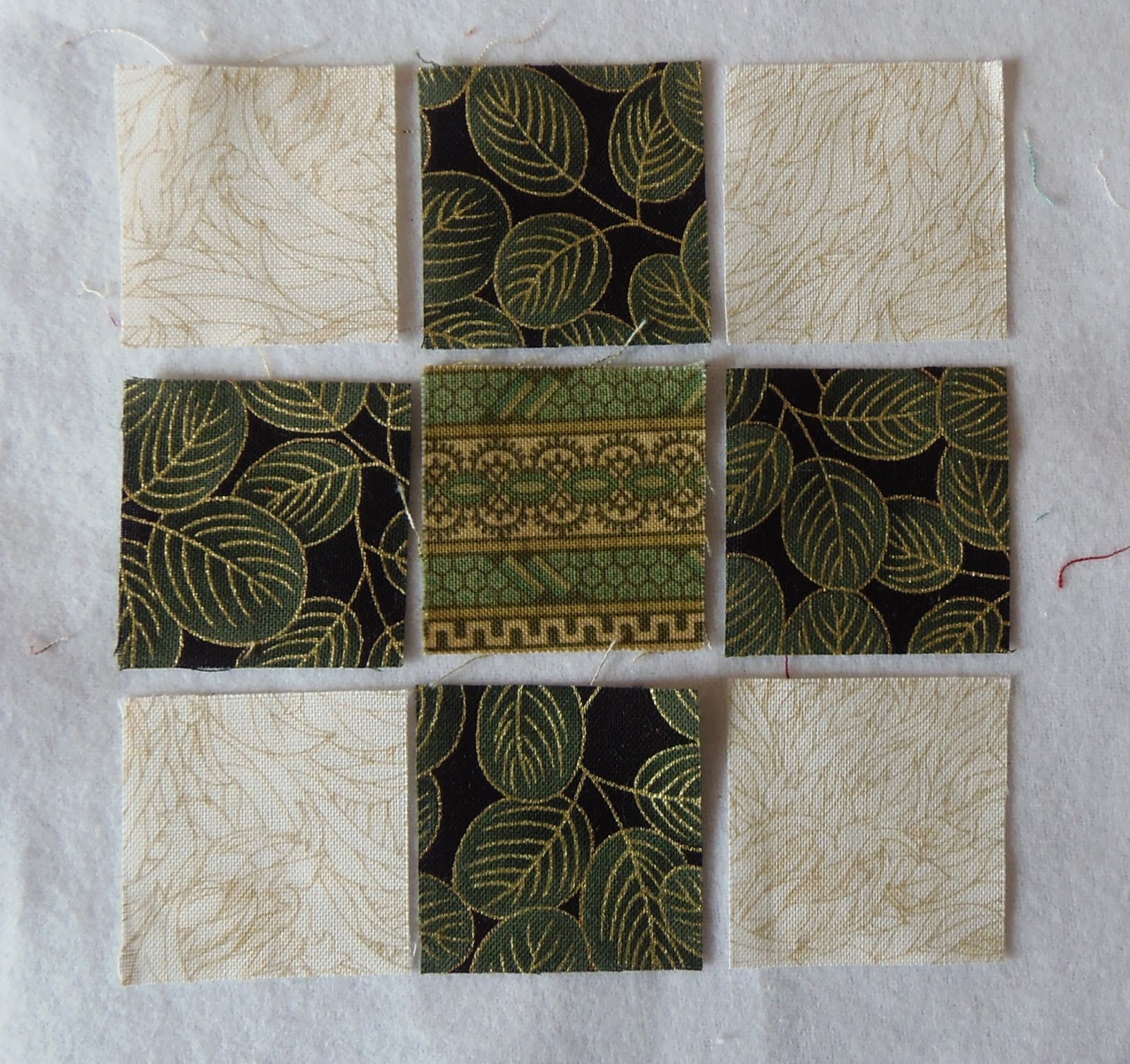 ﻿
Or you can rotated the block 45 degrees to set it on point and this is what you get! 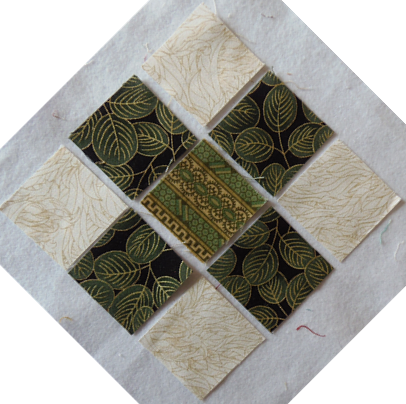 Alternate 3" nine patch blocks set on point with solid patches or pieced patches for a unique quilt! Or you can border them with a sashing that is cut 1 1/2" wide so that it frames these little nine patch gems! If you have a pile of nine patches border half of them with a single fabric and the other half with a second fabric. Sew them together into a checkerboard design. Add a nice border and you'll have a lovely quilt that will sew up in no time flat! Especially if you used my method for building up a stash of nine patch blocks!

So why not pull out your scraps and see what you can come up with! I bet you'll be surprise and you may find that they become addictive!

Last night my Mom broke her arm....her sewing arm! In the emergency unit she was working out ways that she could continue to sew! However, I'll need to be available to help her out with this and that so my posts will be sporadic for the next little while but I will be around and I'll try to keep up! So, until I post again, happy nine patch sewing!
Posted by Karen H at 8:00 AM