The making of some amazing nine patches

I apologize for the silence over the past few days. Life has been hectic! But I did manage to get a little work done on the Orange Crush pattern and it will be up very soon!

I thought I would ease back into things with a write-up about  few nine patch variations! As you know I collect small scraps to make 3” finished nine patches. They are a great basis for a scrappy nine patch quilt. I’ve made loads of quilts with 3” blocks (3 ½” with seam allowances). The basic 3” nine patch block is made of two fabrics. I've been short on time so I wasn't able to pull out scraps and play around too much so the following blocks are not particularly colourful but they will fit in nicely in a scrap quilt.

A 3” block requires nine 1 ½” patches. I often don’t have enough scraps of two fabrics and when this happens I add a third fabric in the centre. This adds some interest to the block! A fussy cut centre would make this block a little more interesting but this arrangement is also fine! 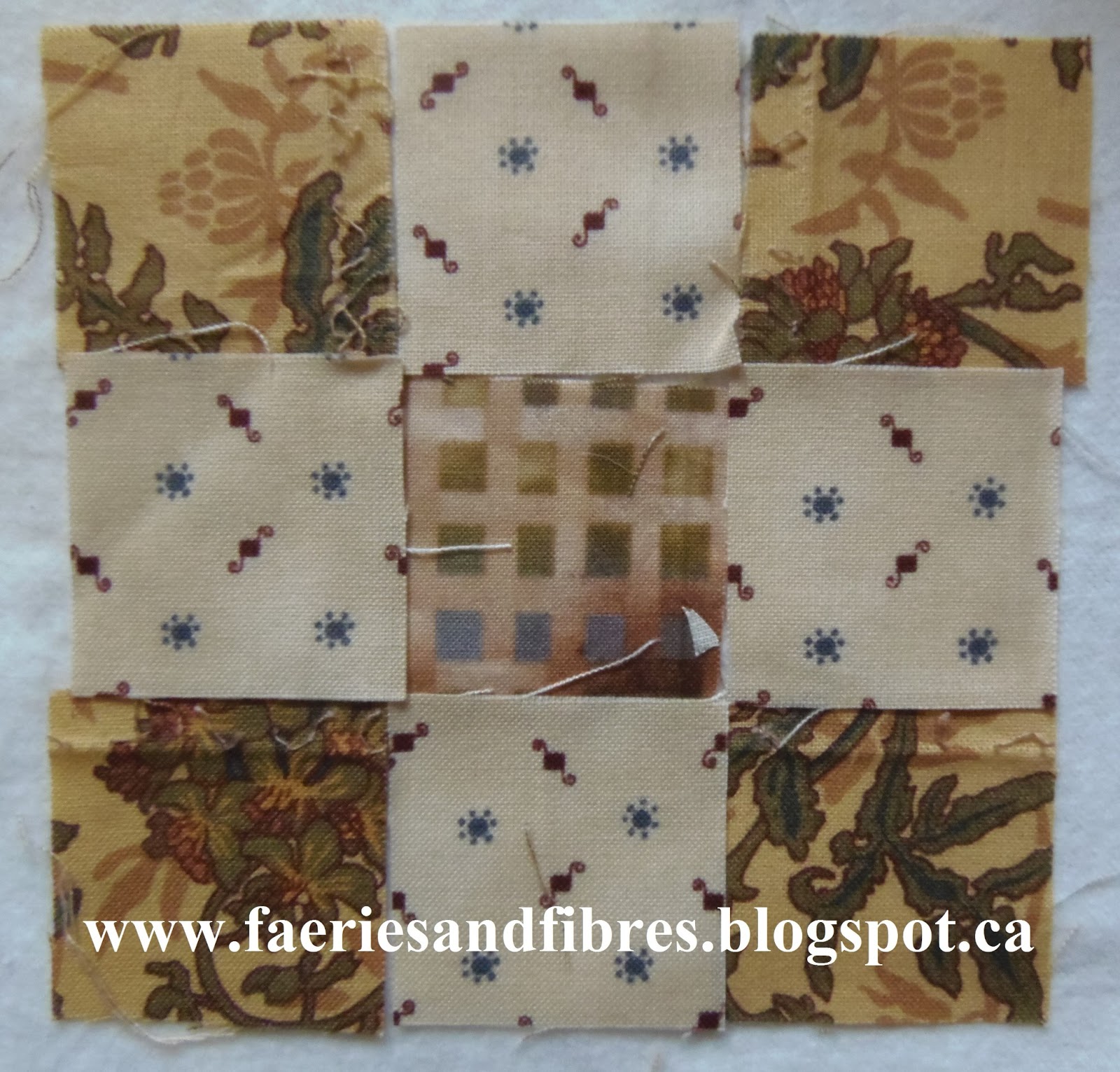 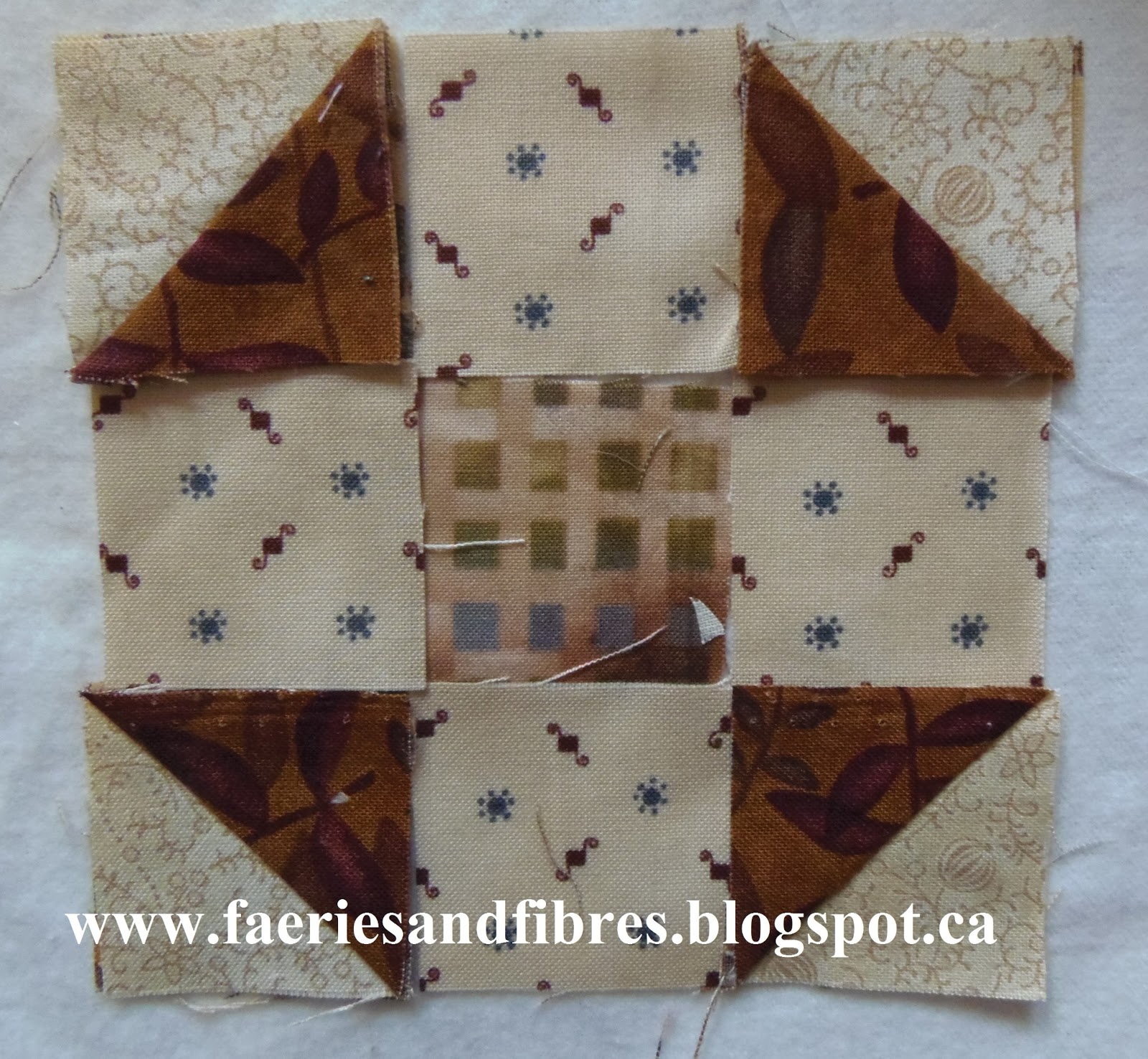 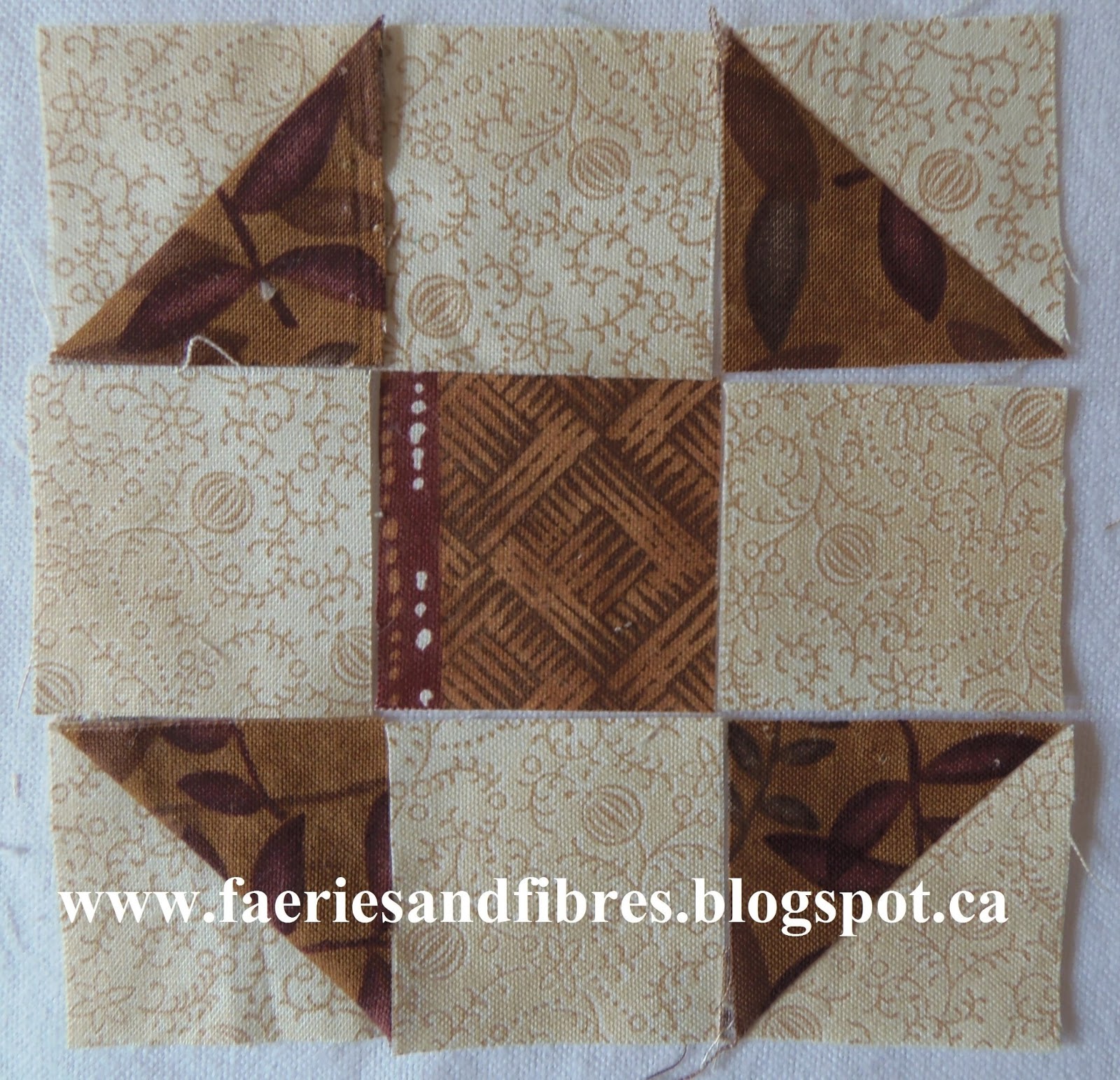 What happens when the half square triangles are repositioned? Why this of course! 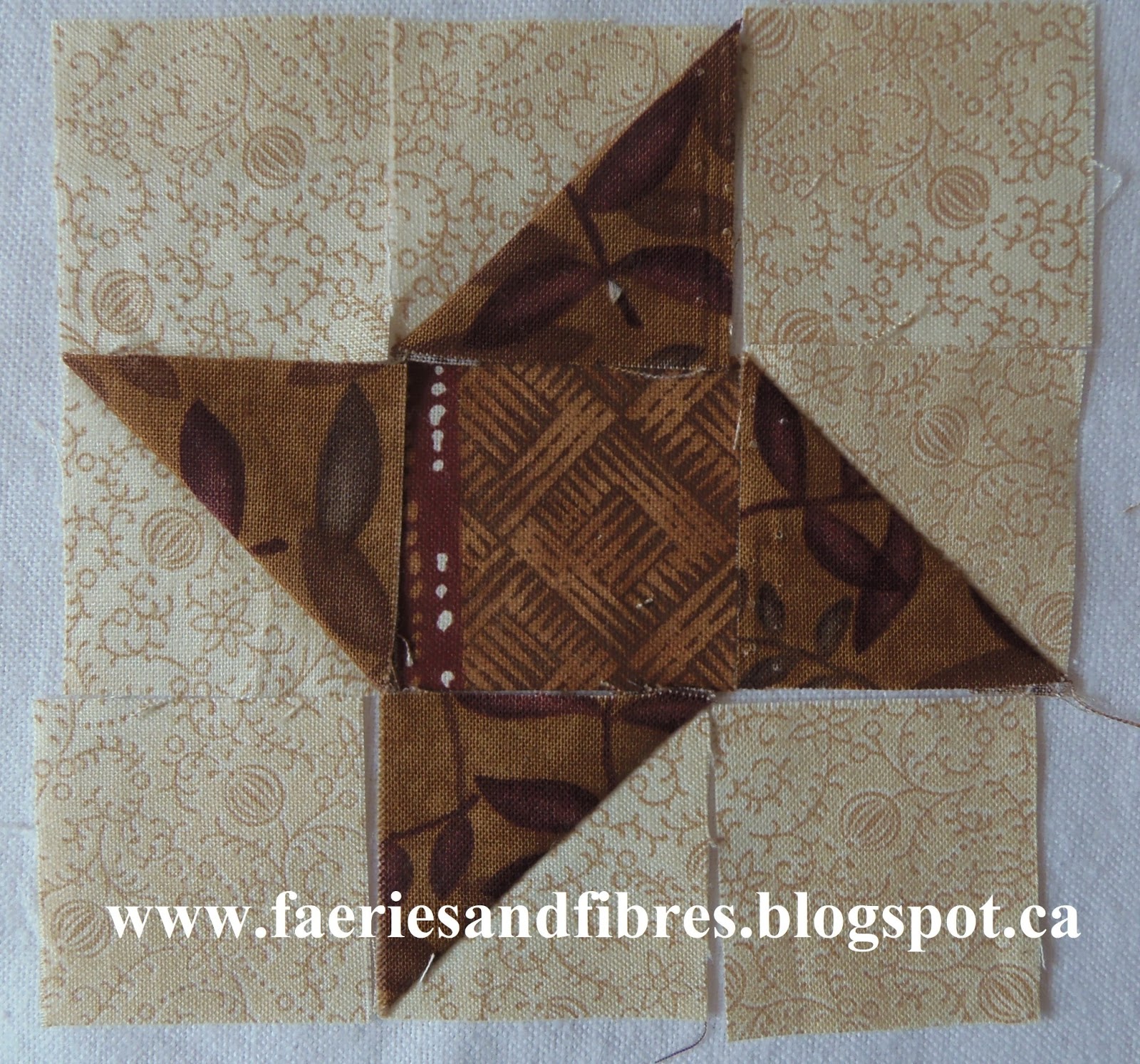 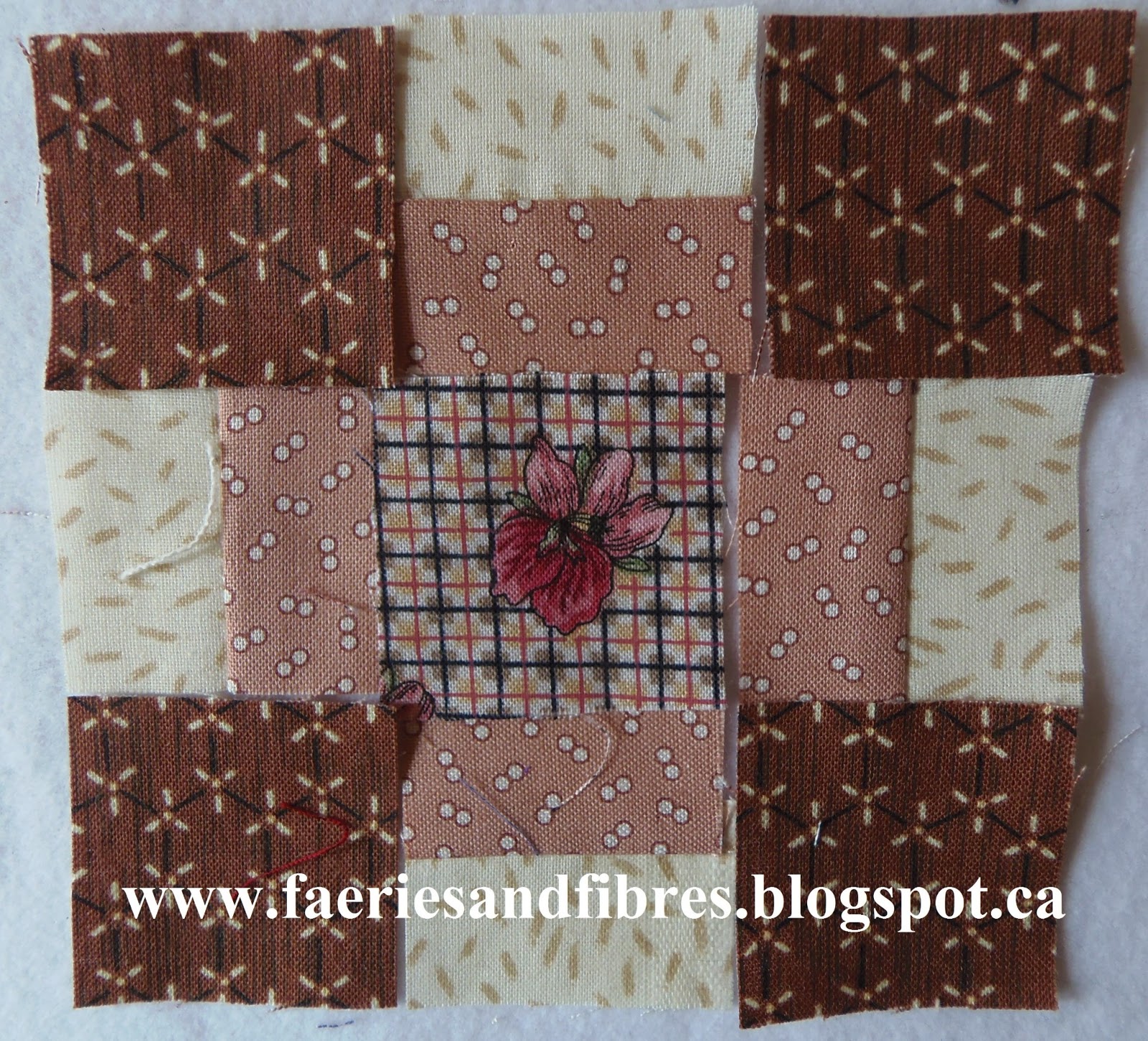 Try rotating the strip pieced patches for a different look.

How about combining the half square triangles with the strip pieced patches? And then start rotating patches and see what happens! 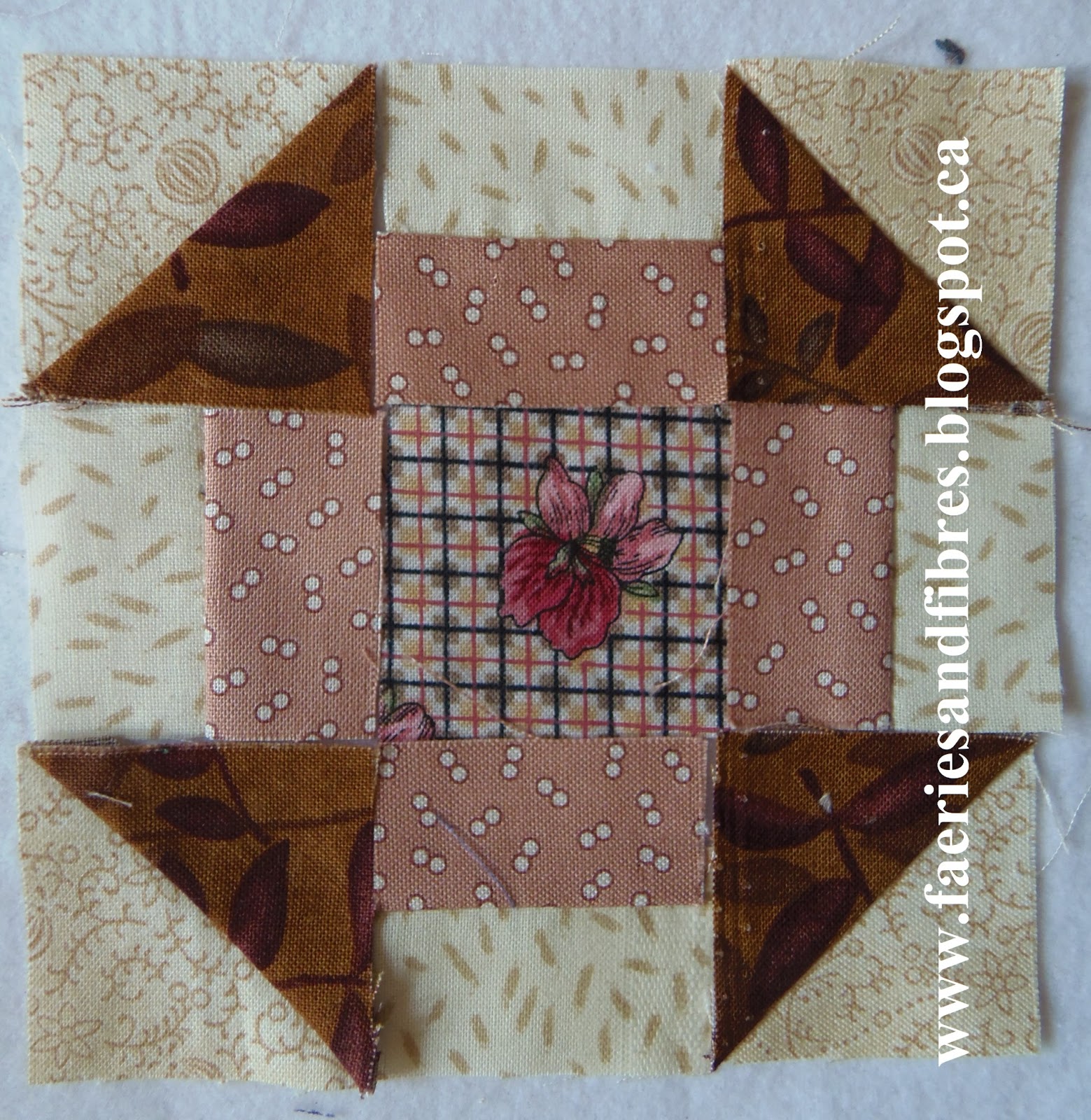 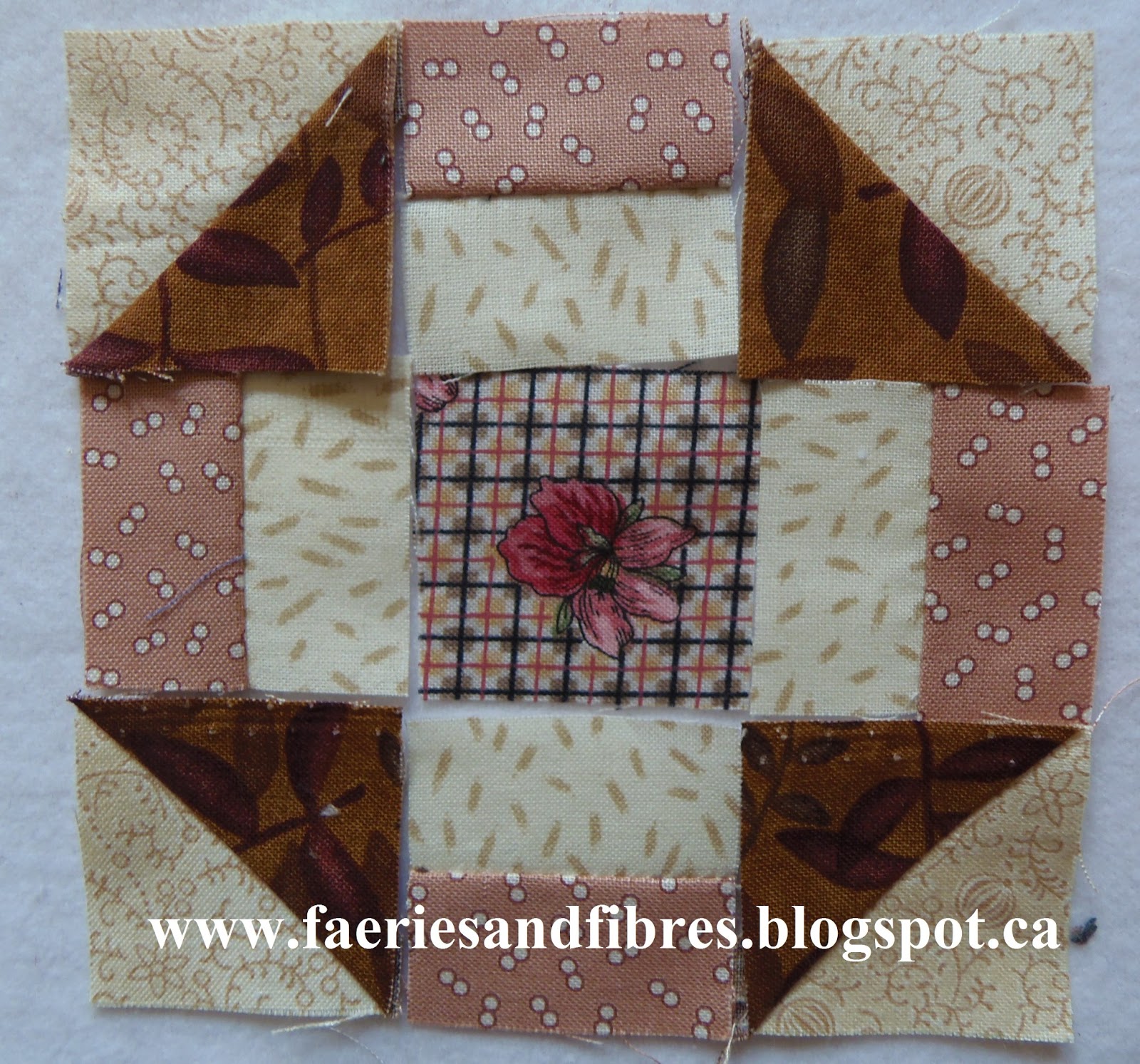 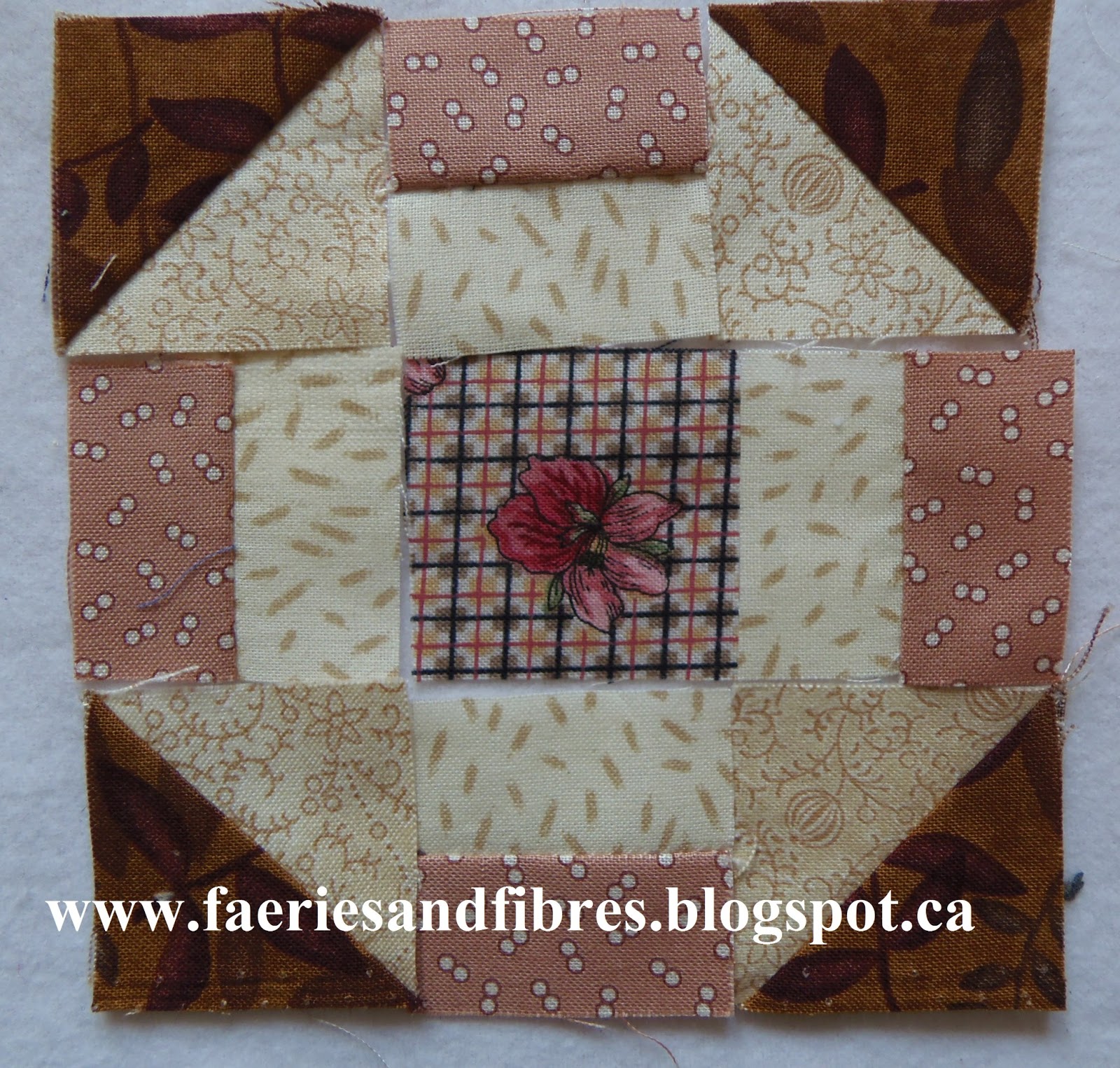 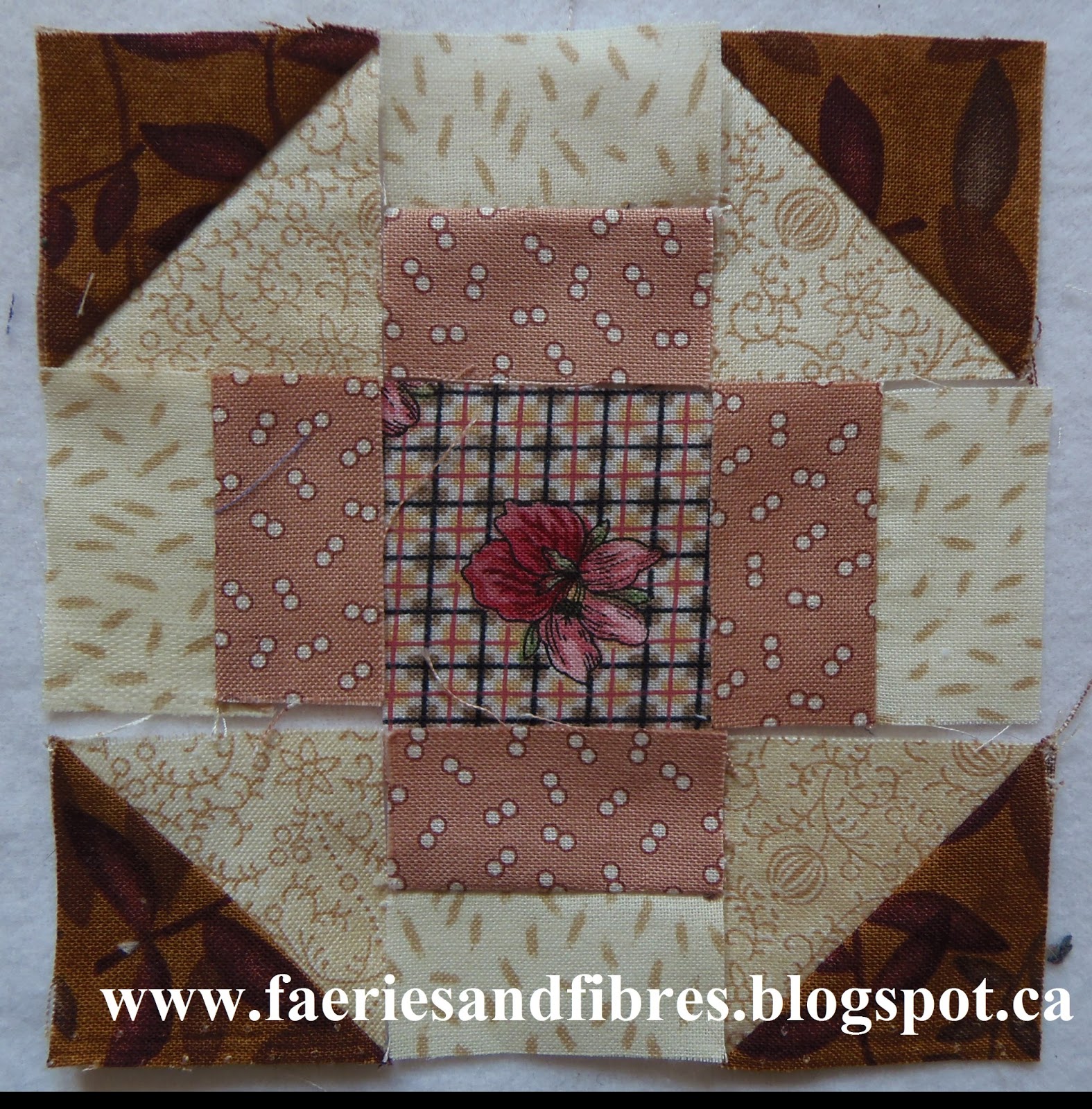 I lay out a bunch of nine patches or strip sets on small flannel design boards and use the block pieces as leaders and enders when I'm sewing. The finished blocks get added to my stash and when I feel the urge to make a quilt I pull them out. They are really like little jewels because each one is different and they just sparkle! Put some of these little jewels made with leftovers together with maybe some hourglass blocks and voila - a very intricate looking quilt! This is one of my favourites! And I hope you feel inspired to use those scraps rather than toss them! 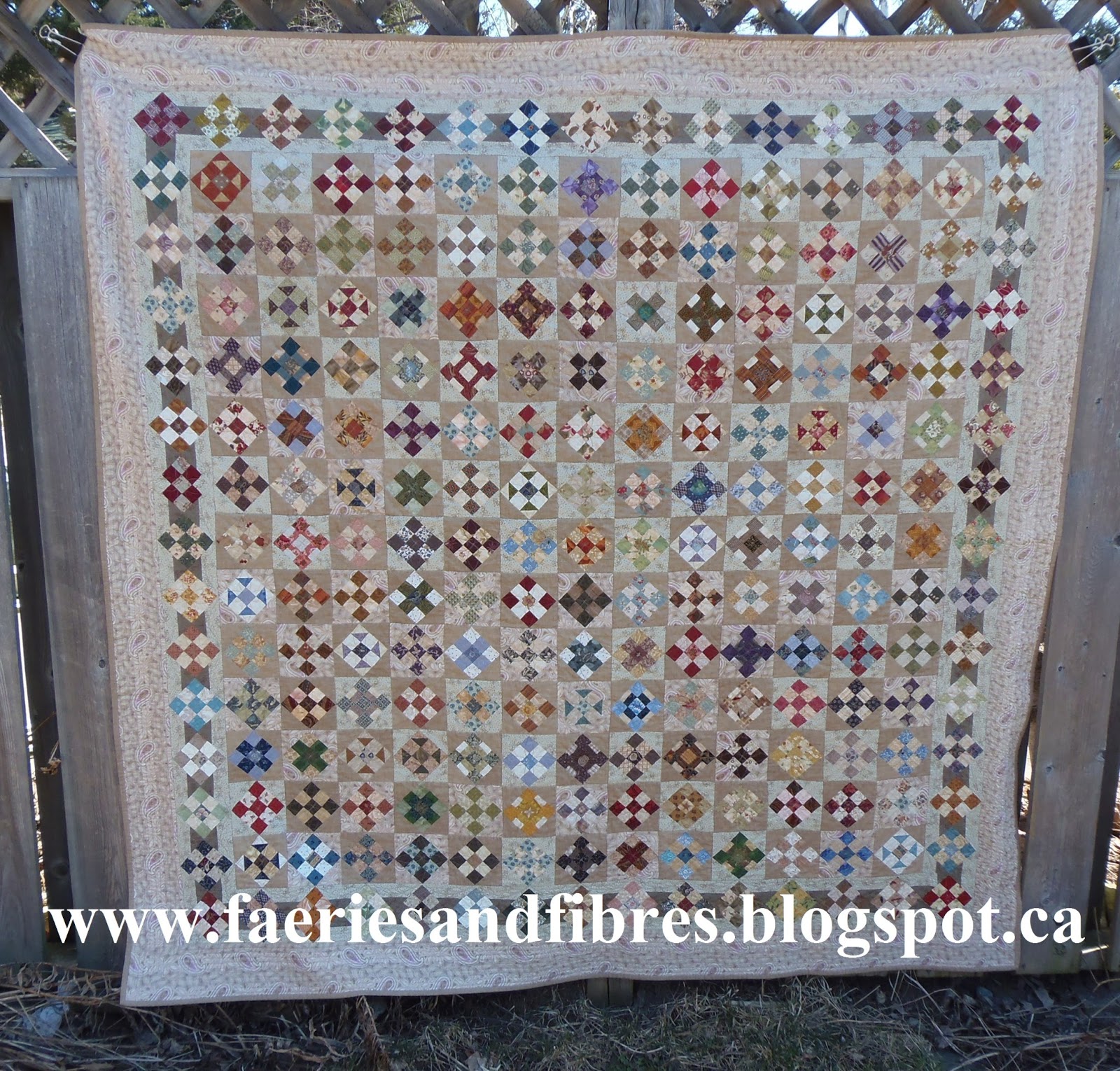 I'll leave you with some pictures from the garden! 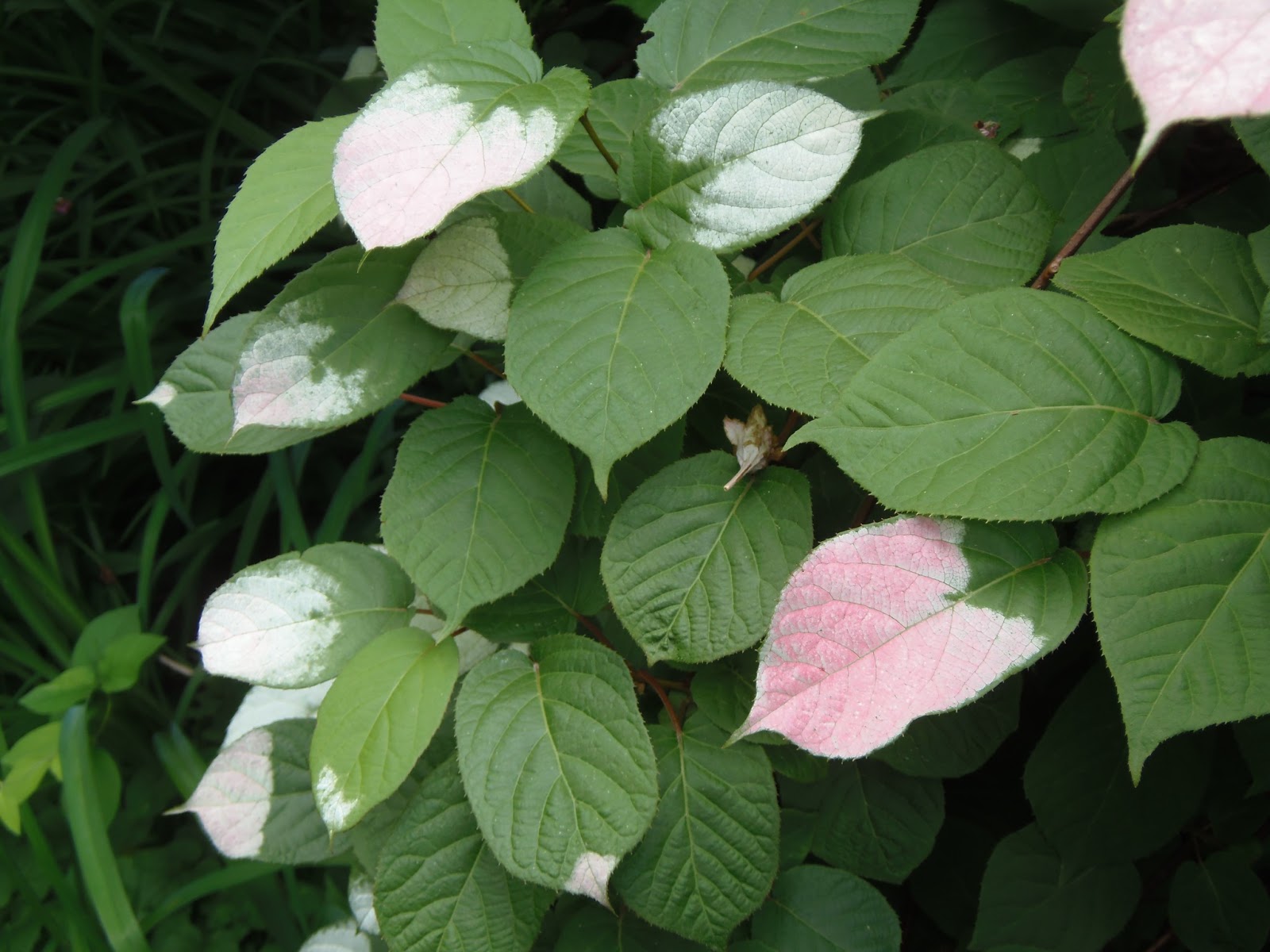 Arctic kiwi - the tips of the leaves turn white and then pink! 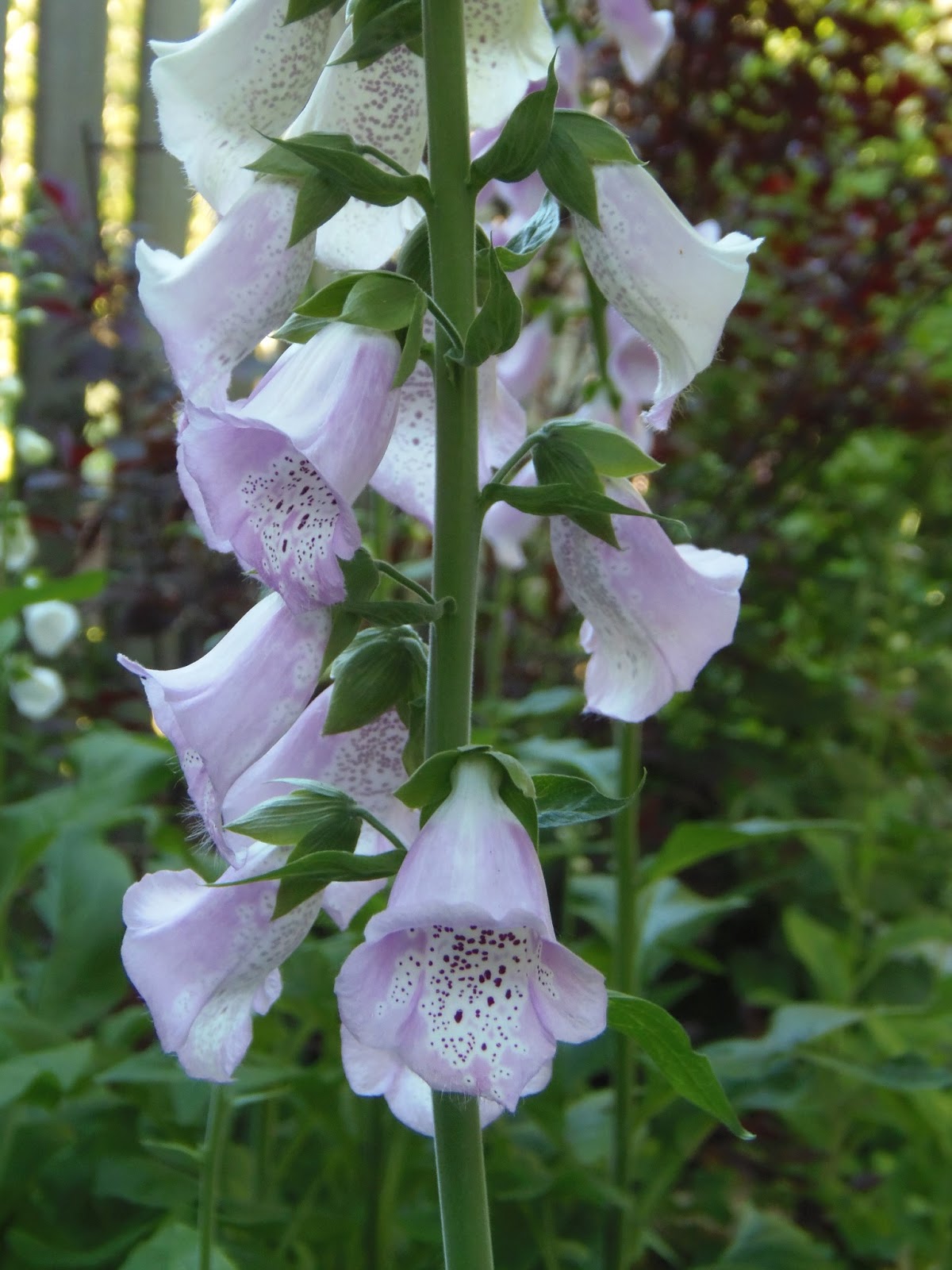 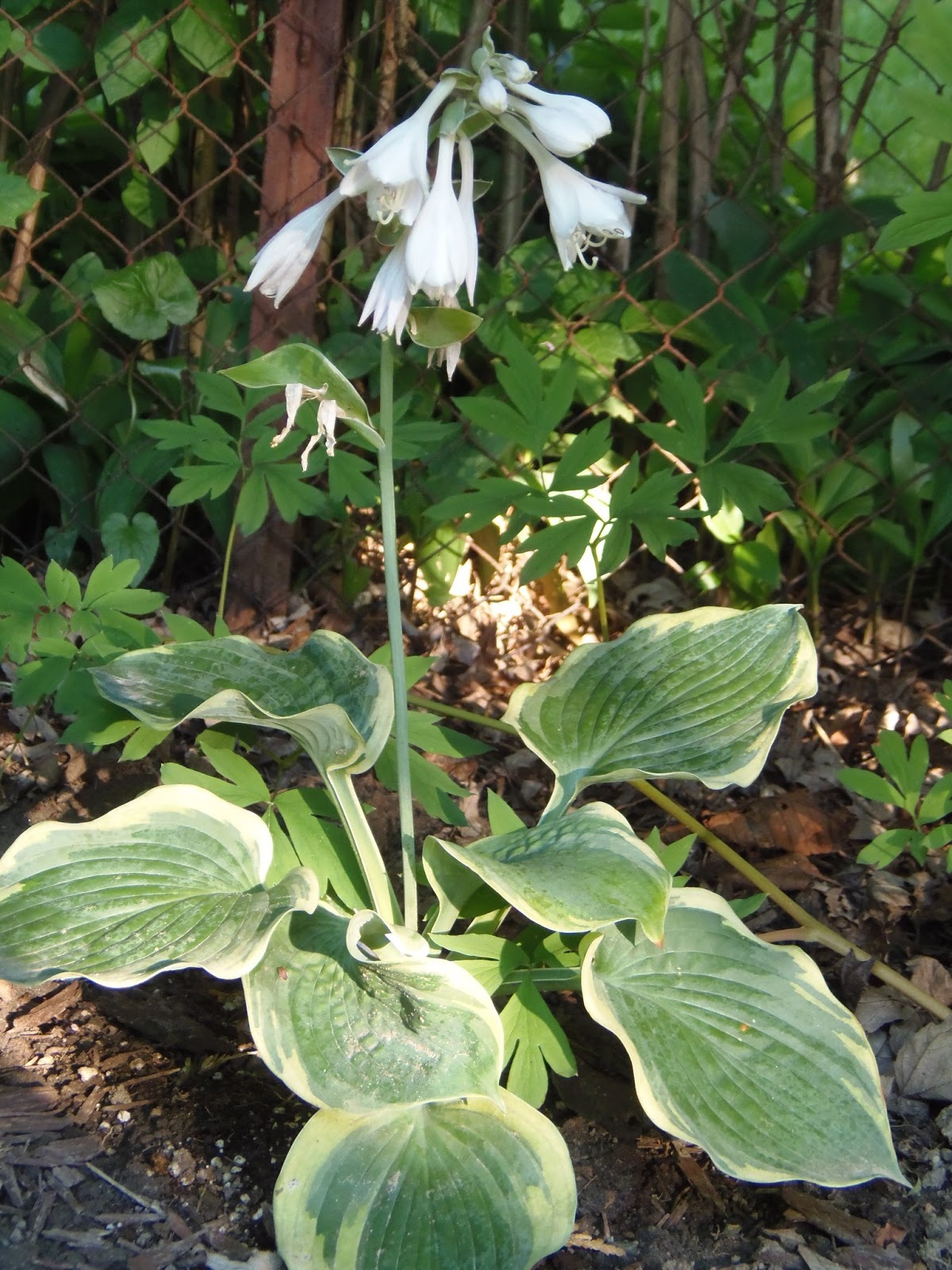 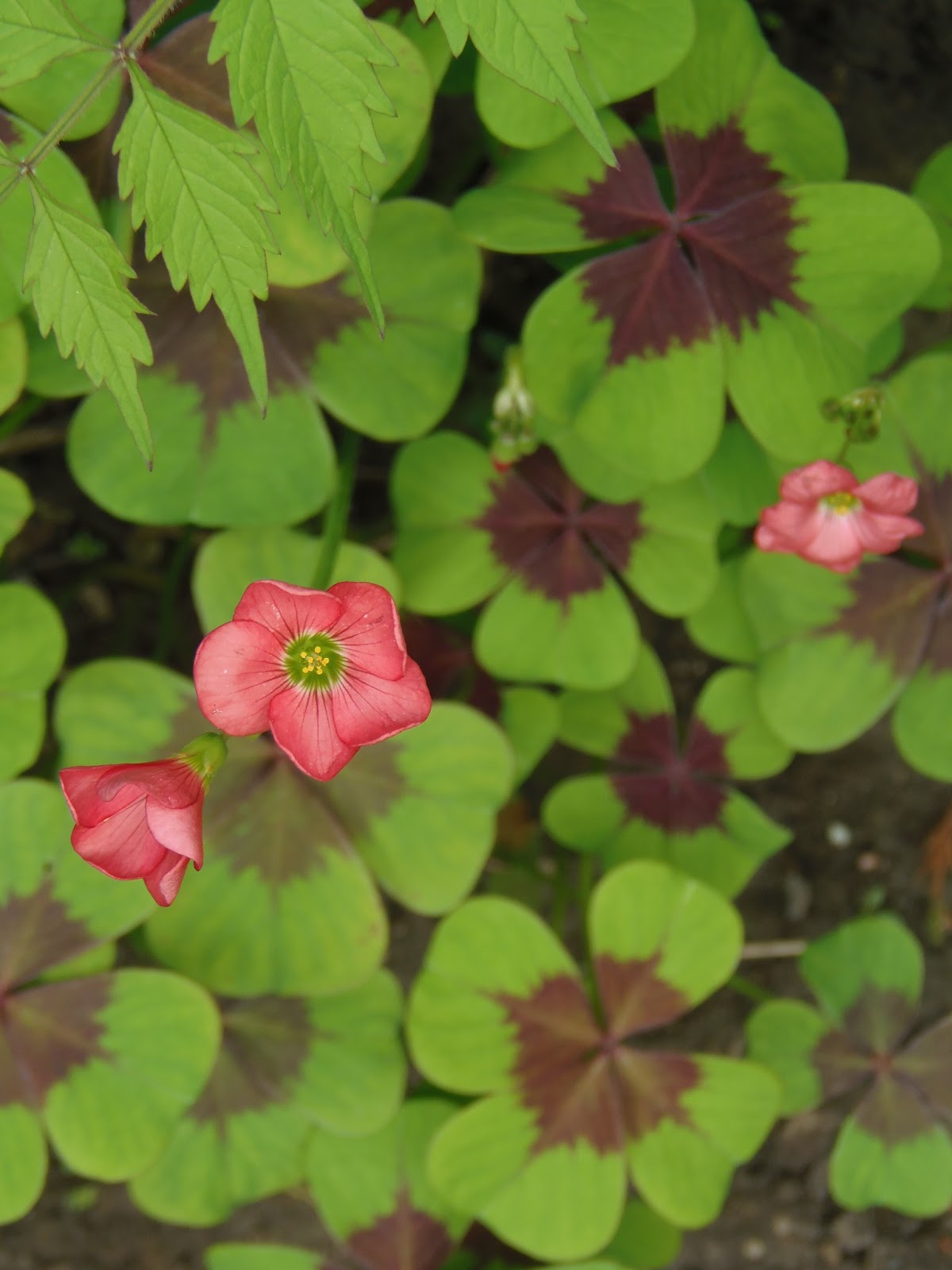 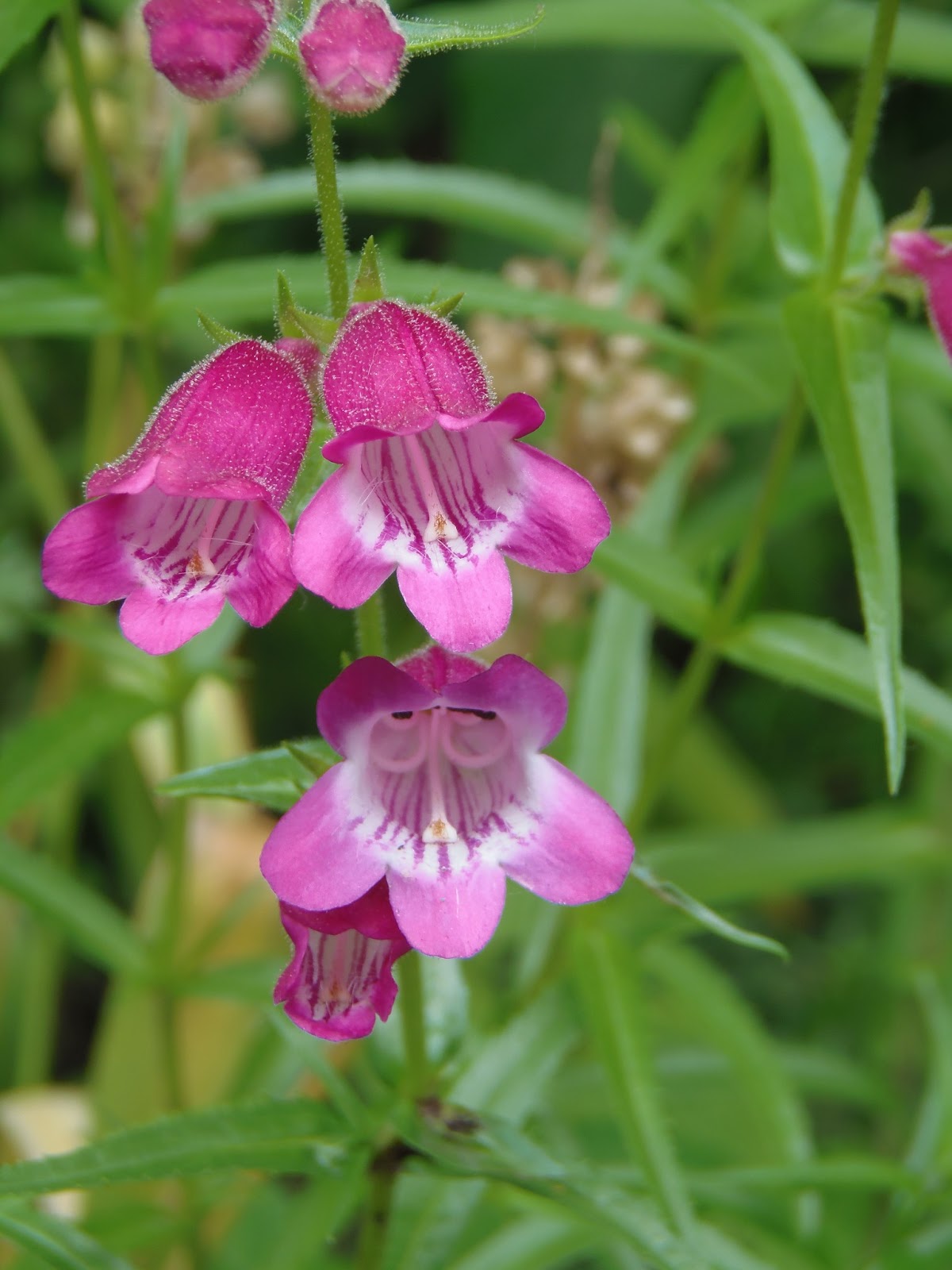 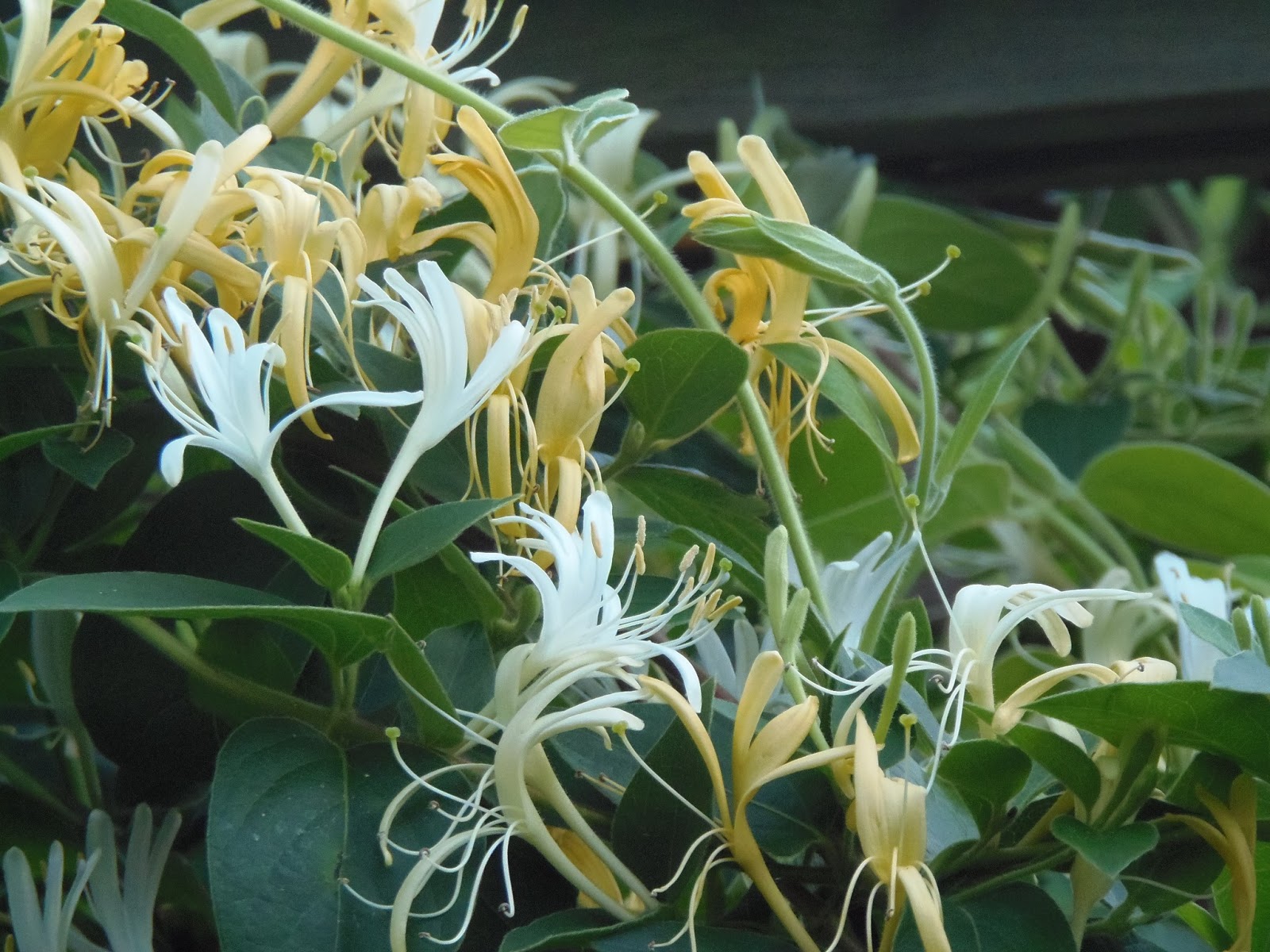 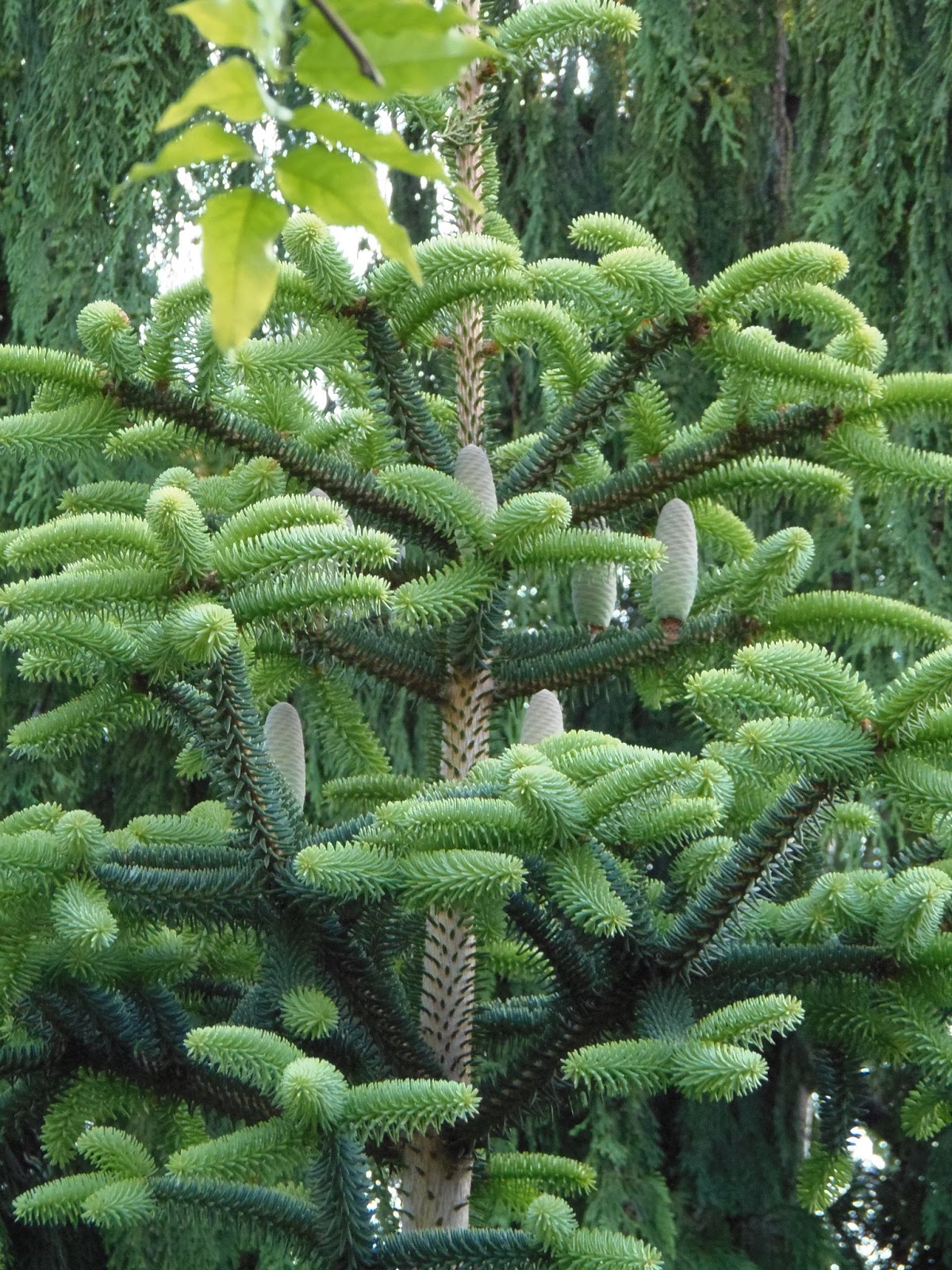 Pinecones on the Spanish redwood 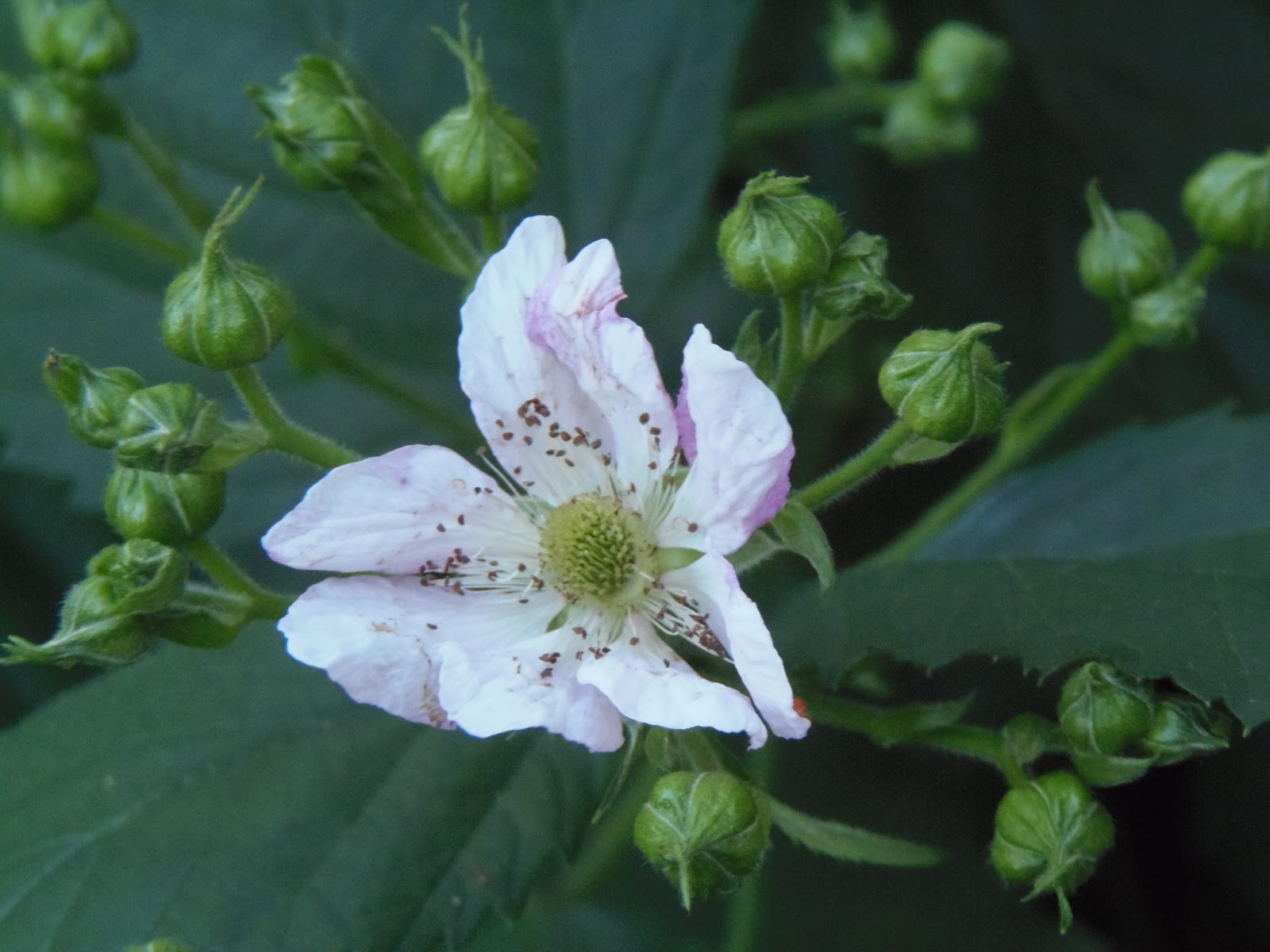 Blackberry bloom and buds
Posted by Karen H at 6:05 PM