When used in hexagons it is pretty straight forward provided the hexagons are the first ring around the centre. 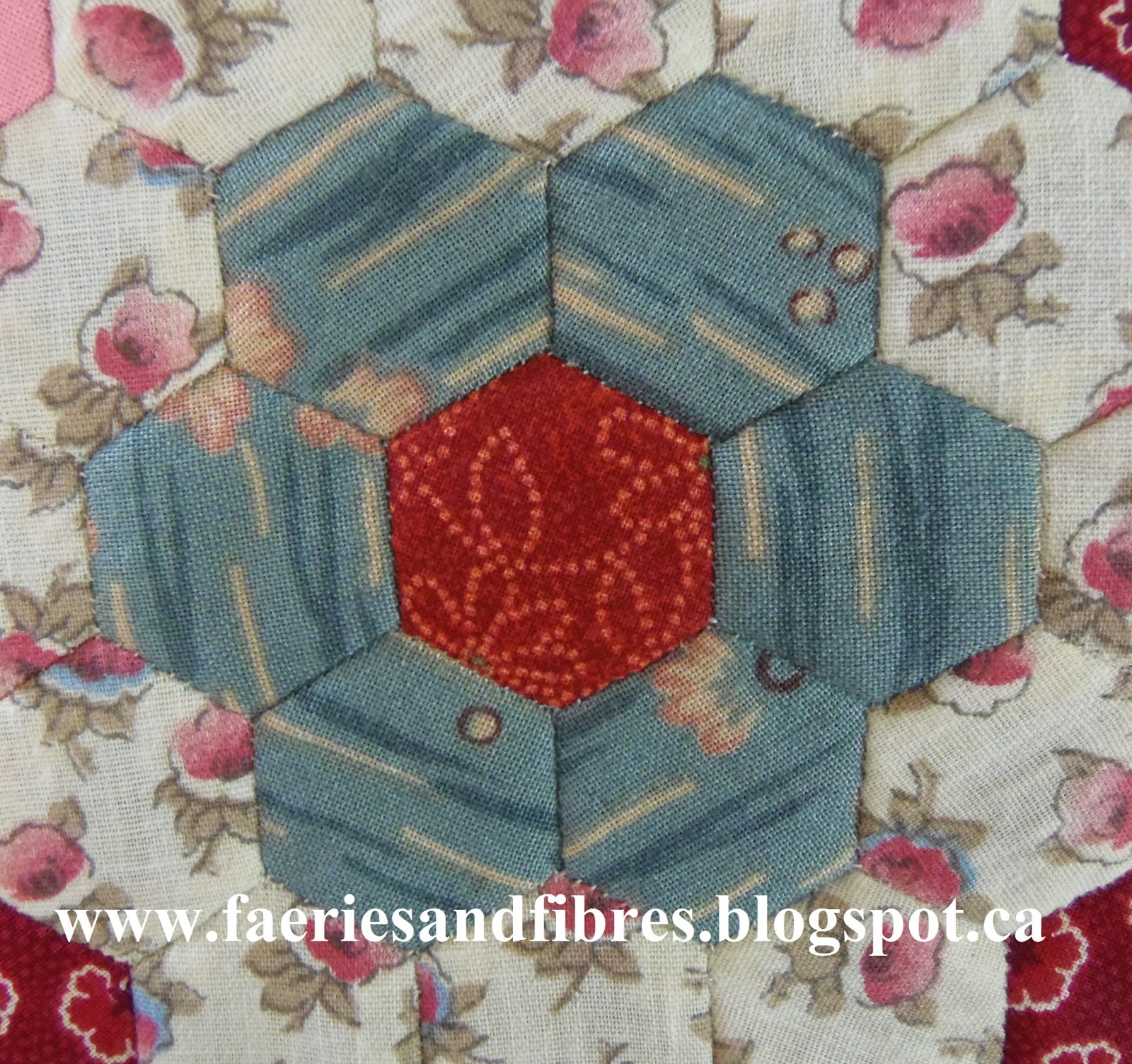 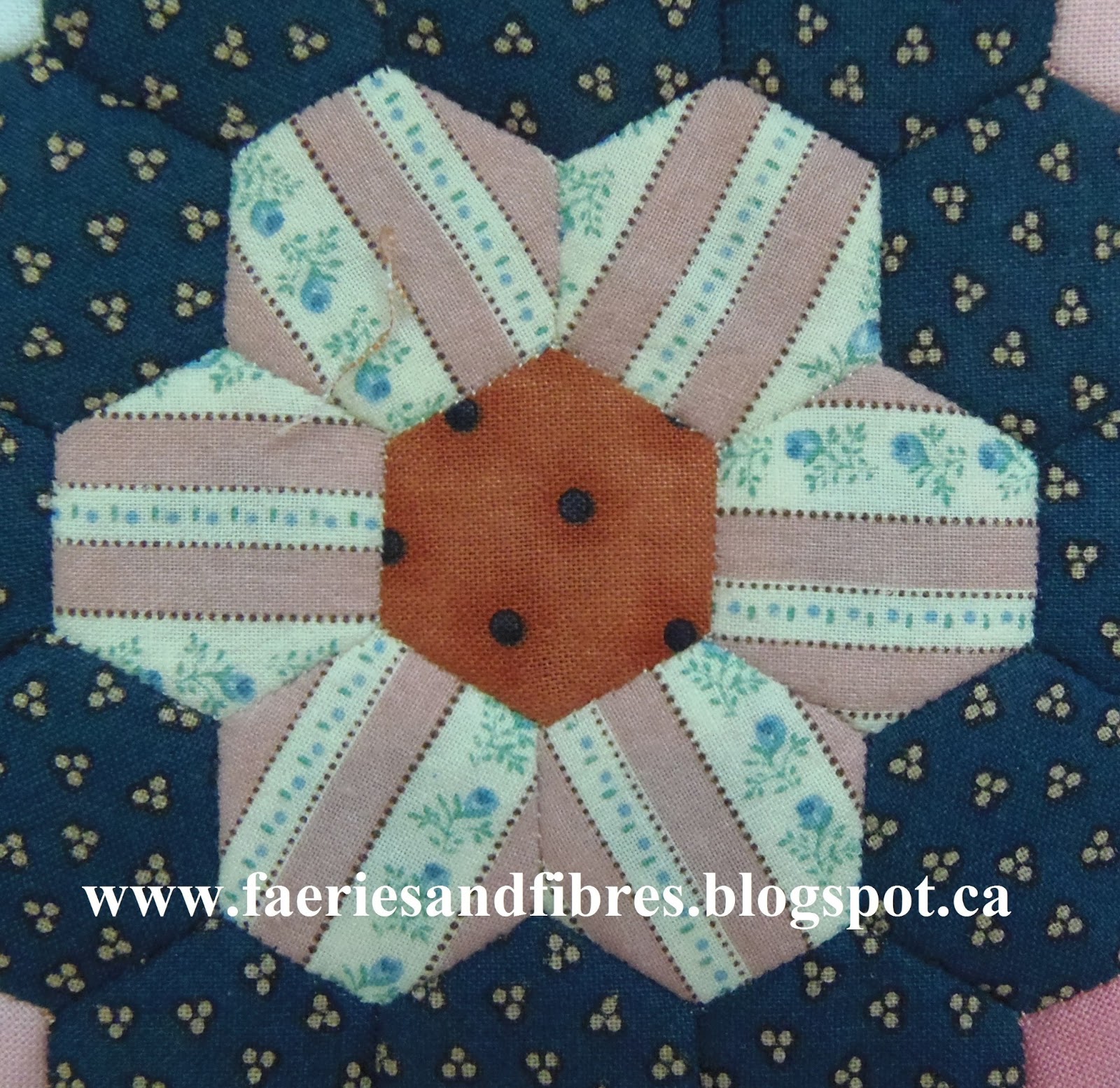 In the example below I didn't have six identical patches but I did have two groups of three that were similar so I just alternated them and it works! 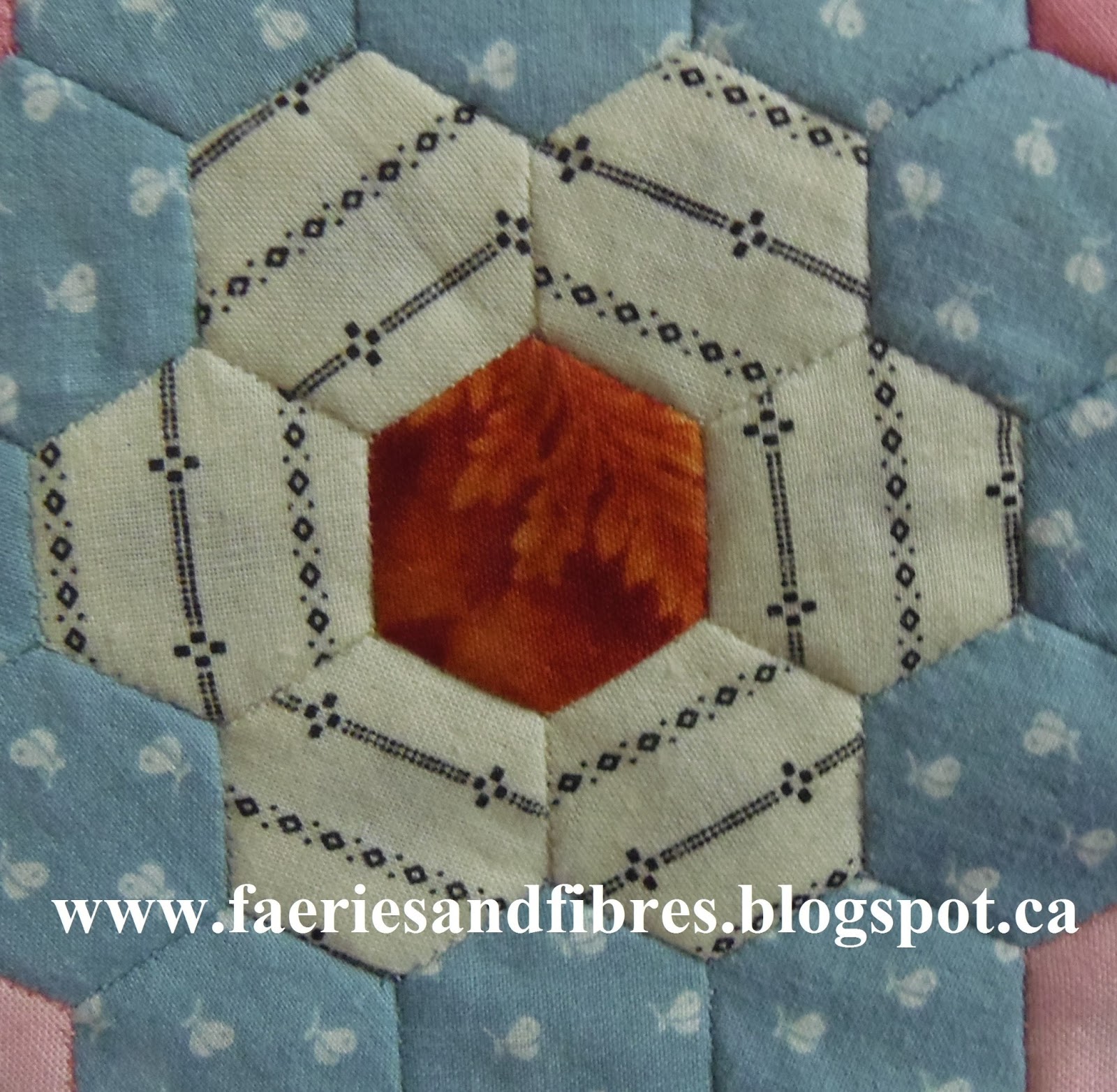 In the following block I could only fussy cut three patches so to complete the block I added three stripe patches as connectors. 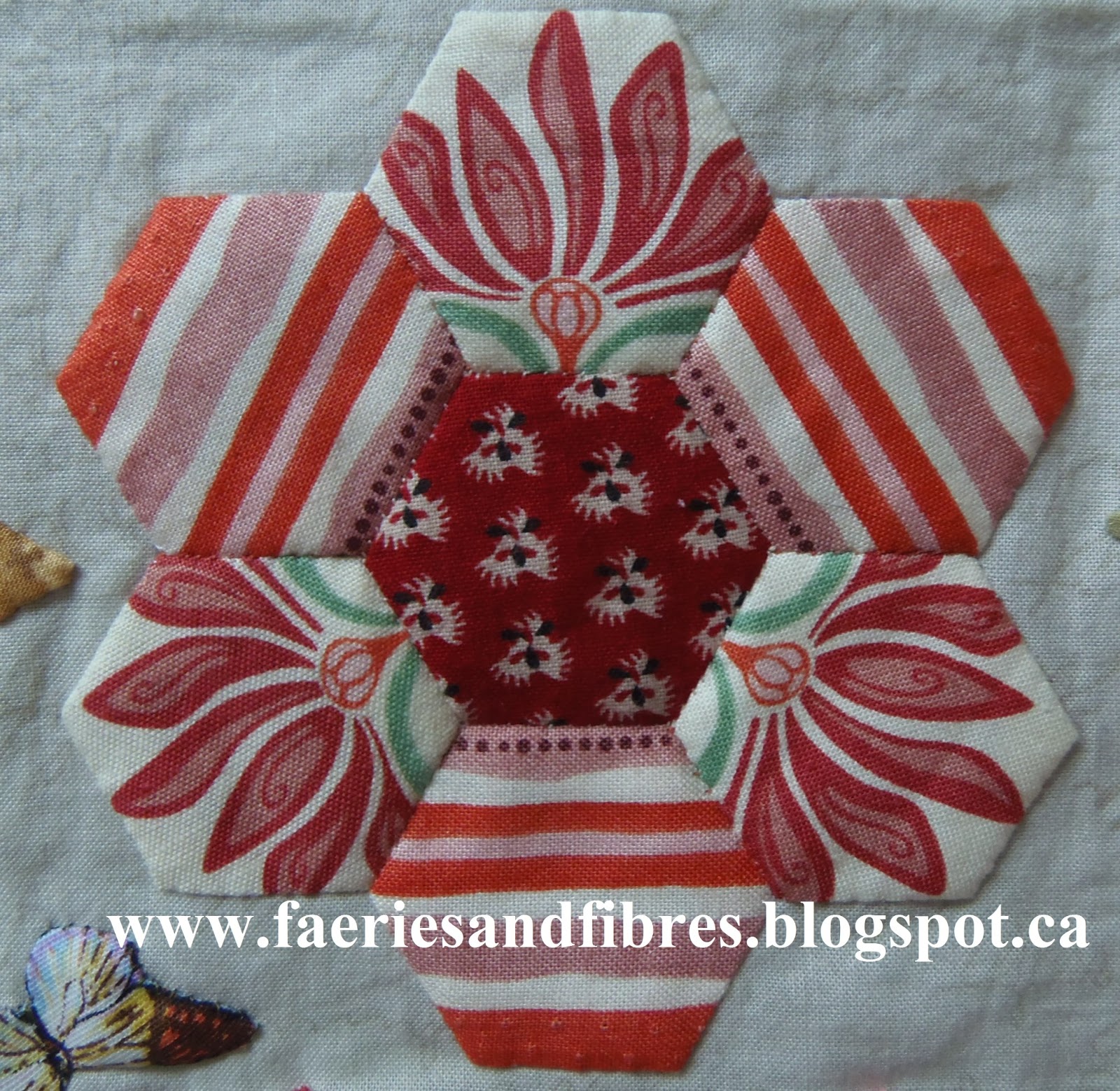 Here is another example of  directional print that was used to good advantage. It was taken from the border of a cheater block. 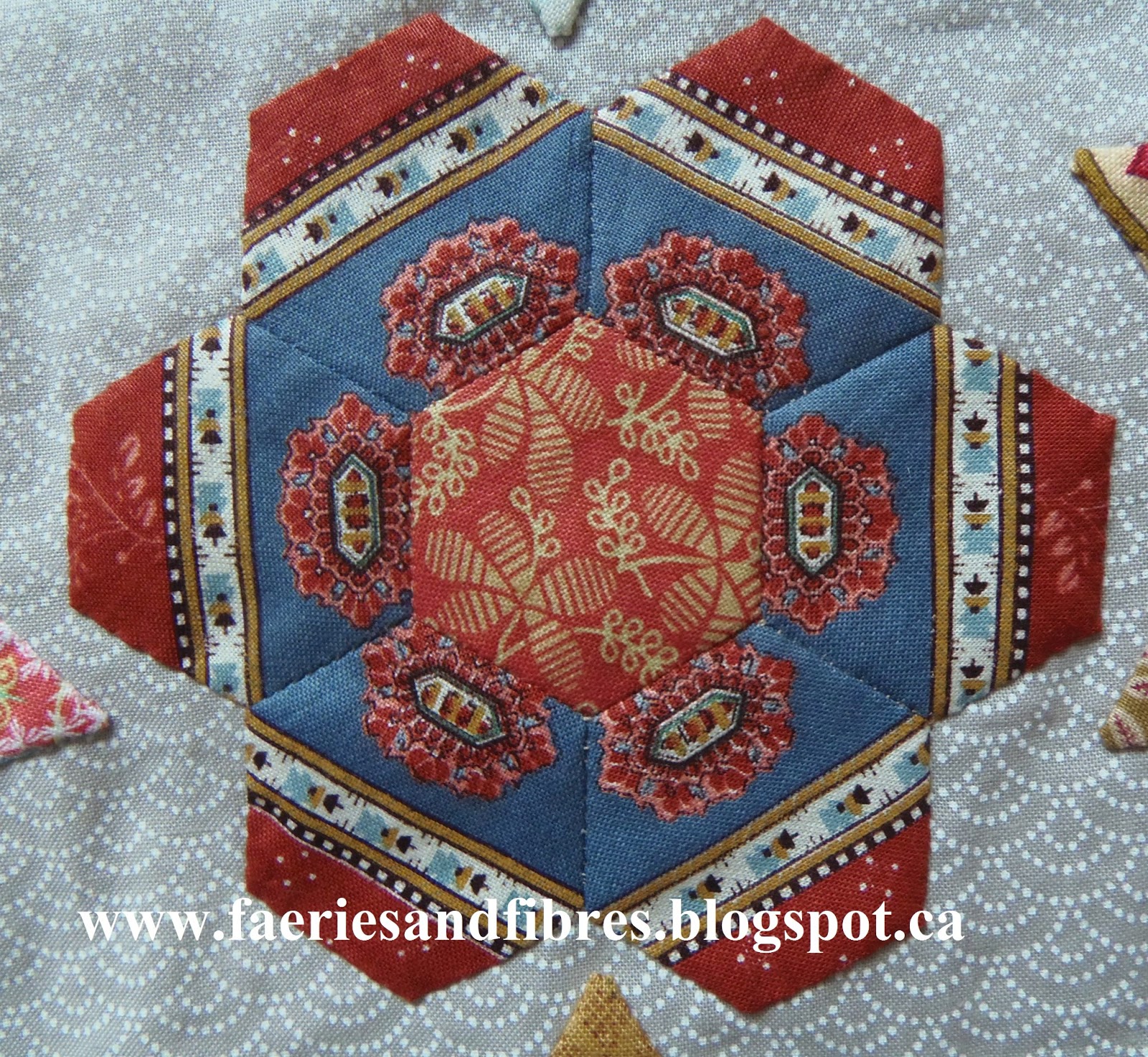 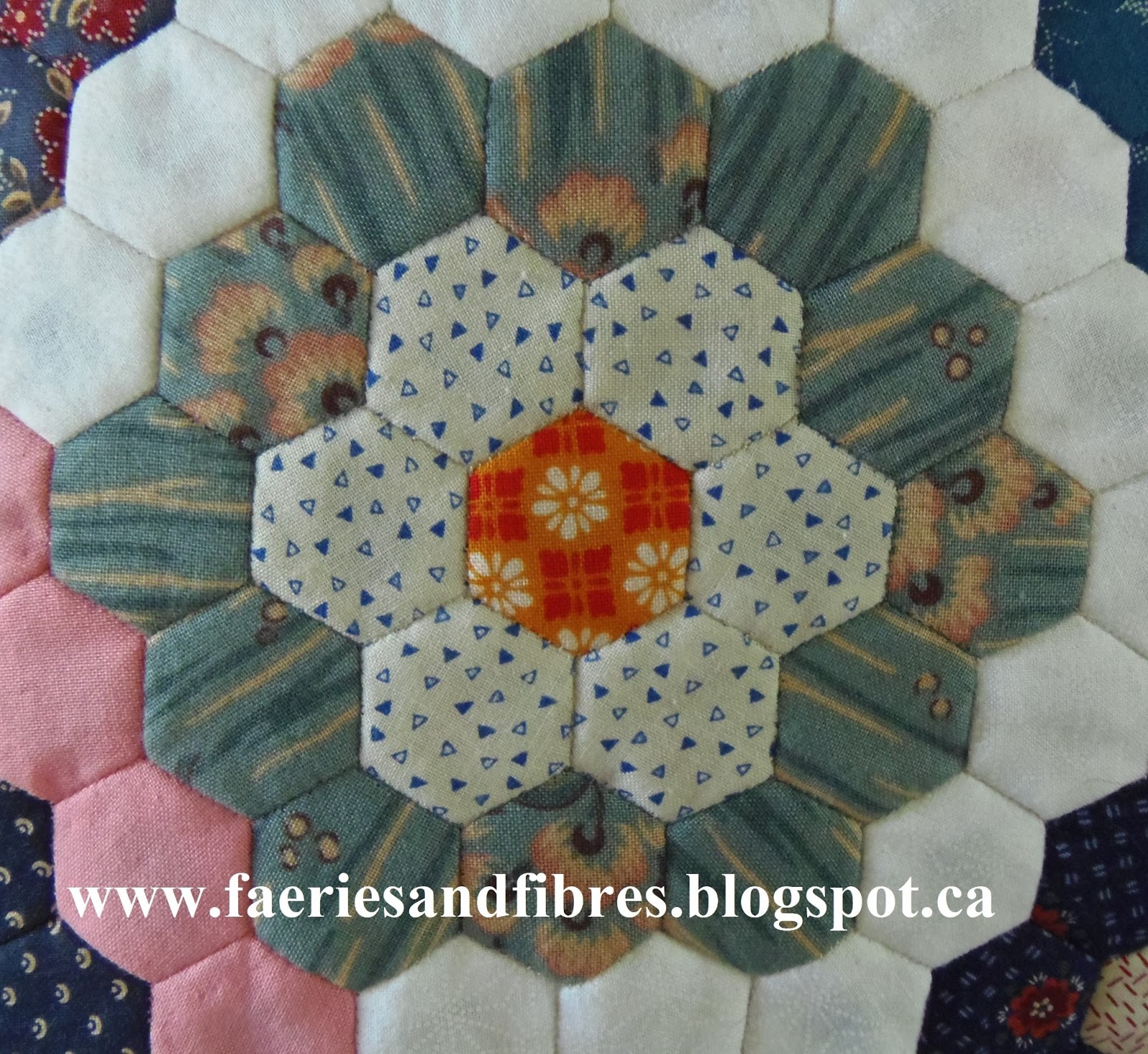 I like to cut my hexagons from strips of fabric and for this reason I always cut directional print strips a little wider so I have the option of turning the hexagon on point.

As you know I am partial to nine patches; here are a few examples of directional prints used to good effect in nine patches. 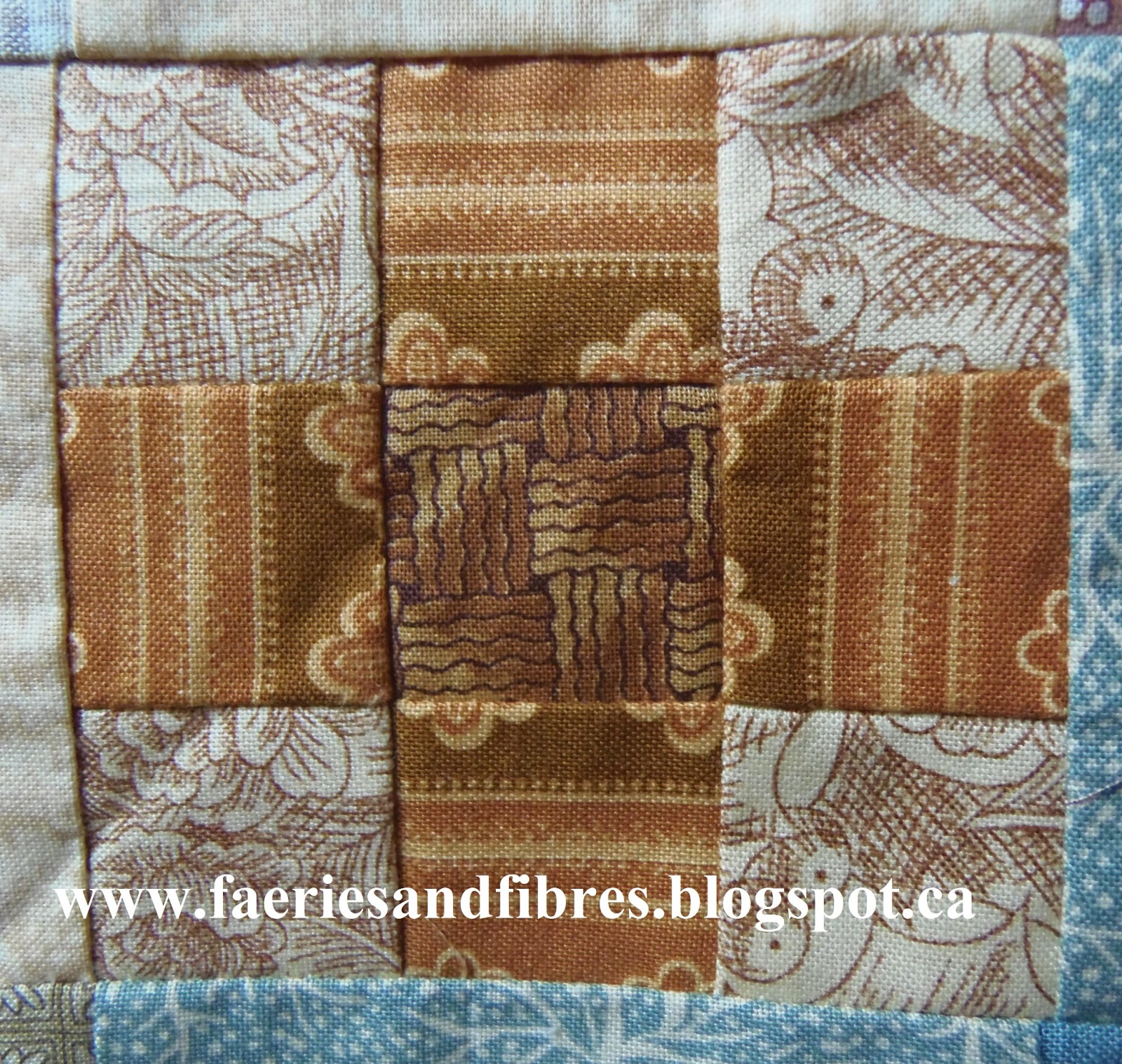 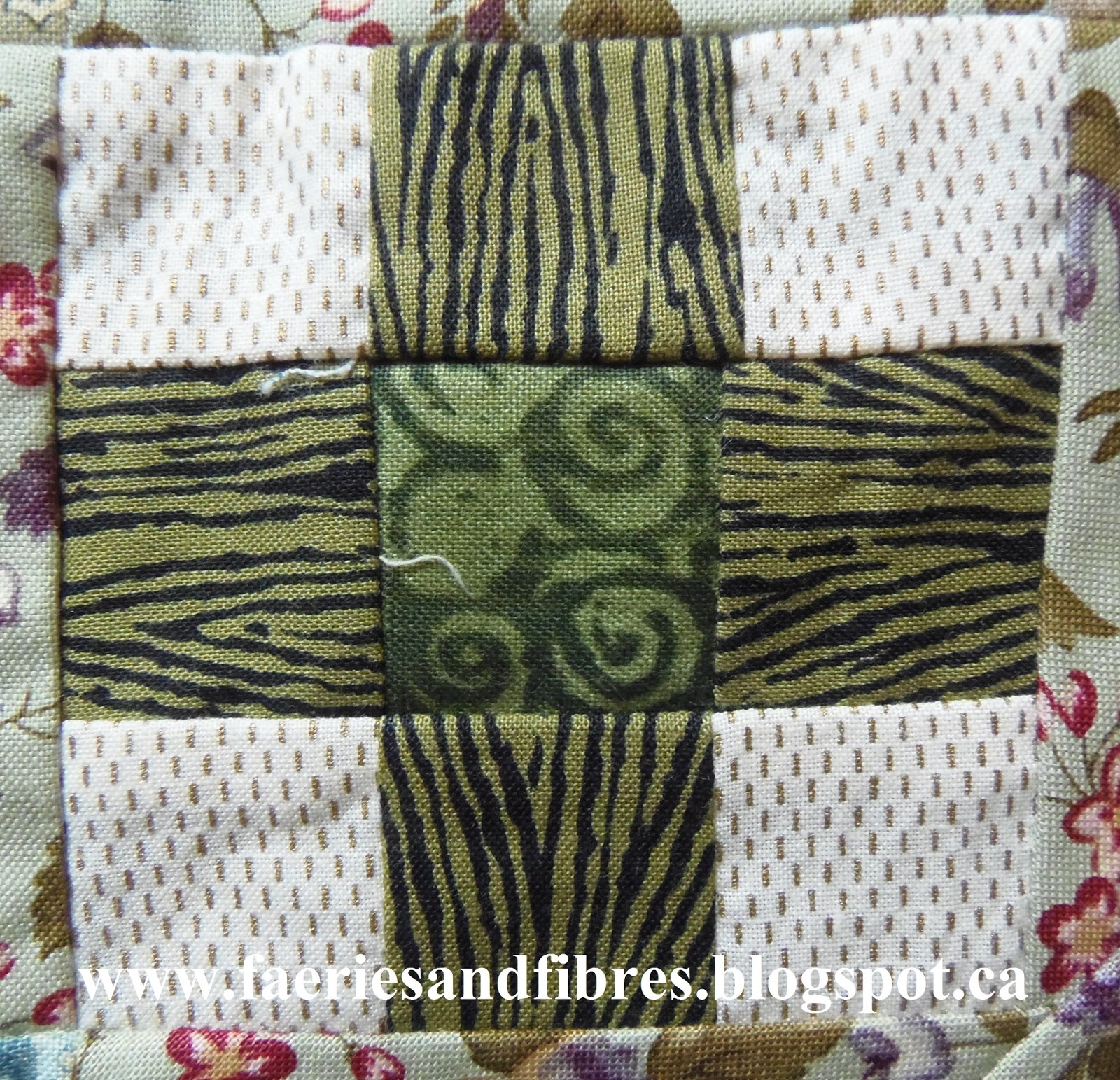 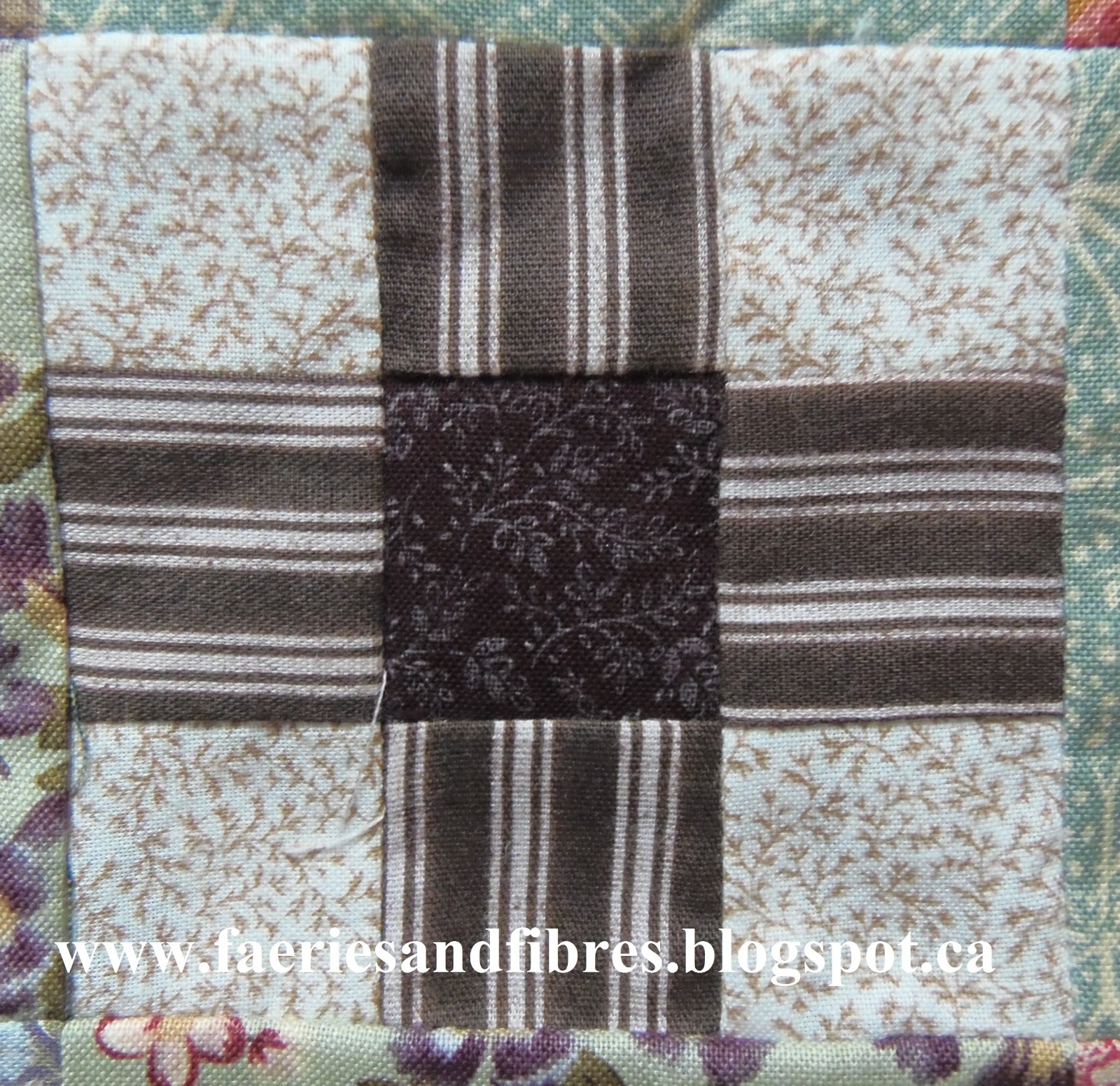 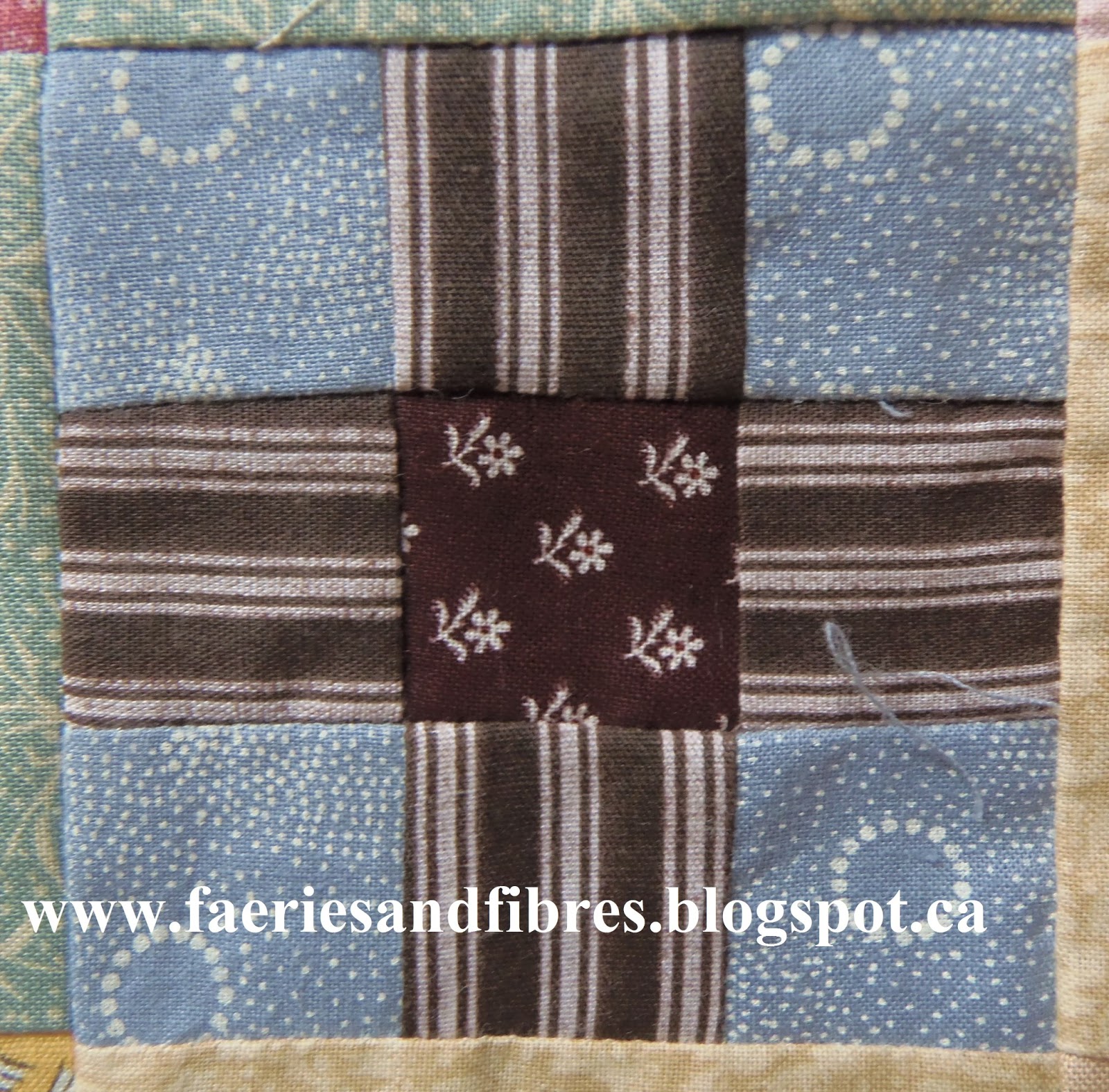 In this block the directional print is taken from a border print and I placed the patches in the 12, 3, 6 and 9 o'clock positions. The orange patches look like they are floating above the black! 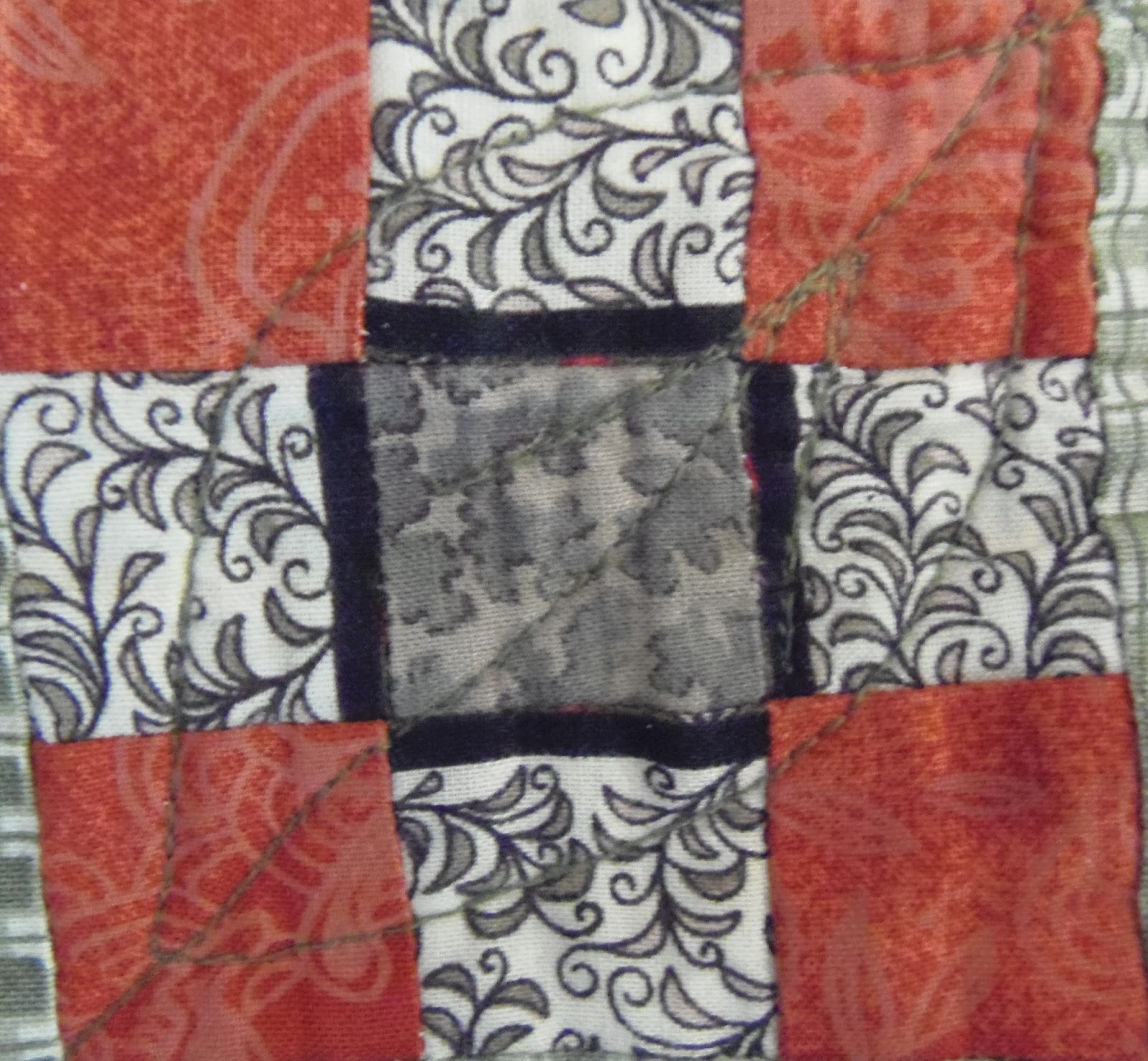 Directional prints make great borders, inner and outer.  In this example a stripe is used to border the centre medallion. Notice that the stripe is perpendicular to the block. 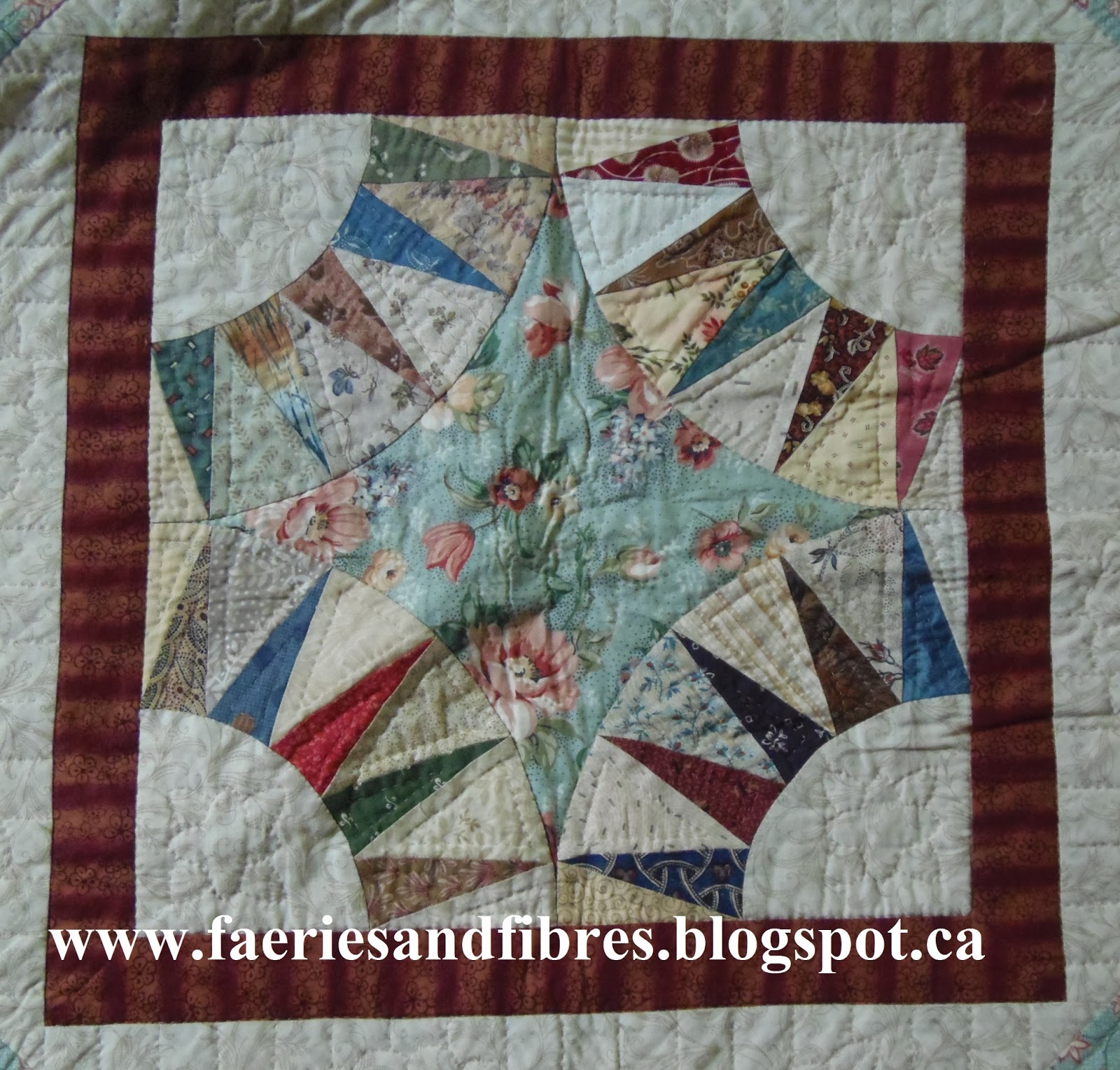 A second directional print in the same colourway is used for the two outer borders and the stripes run parallel to the quilt sides. 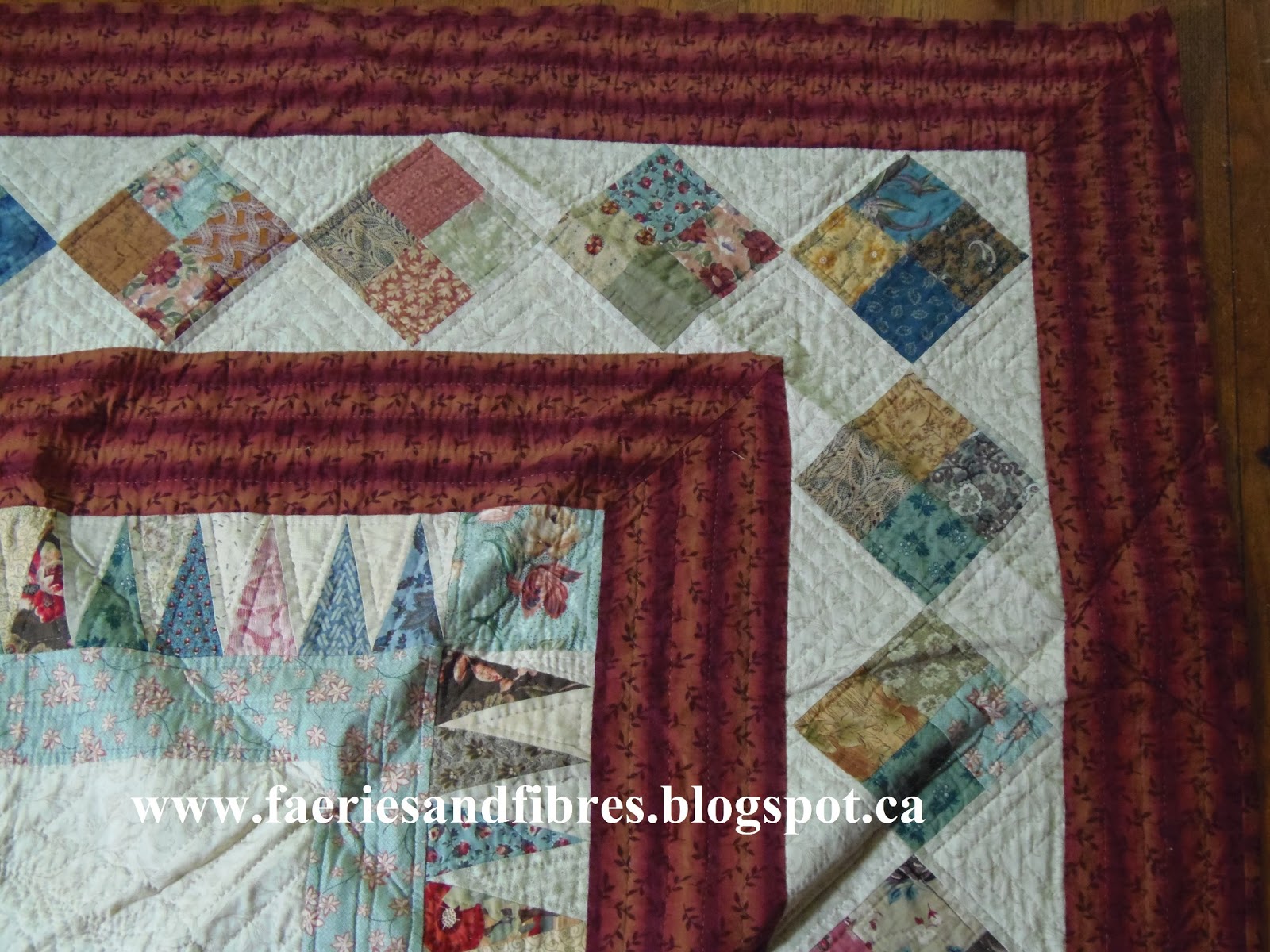 And here is the quilt with the directional print borders. 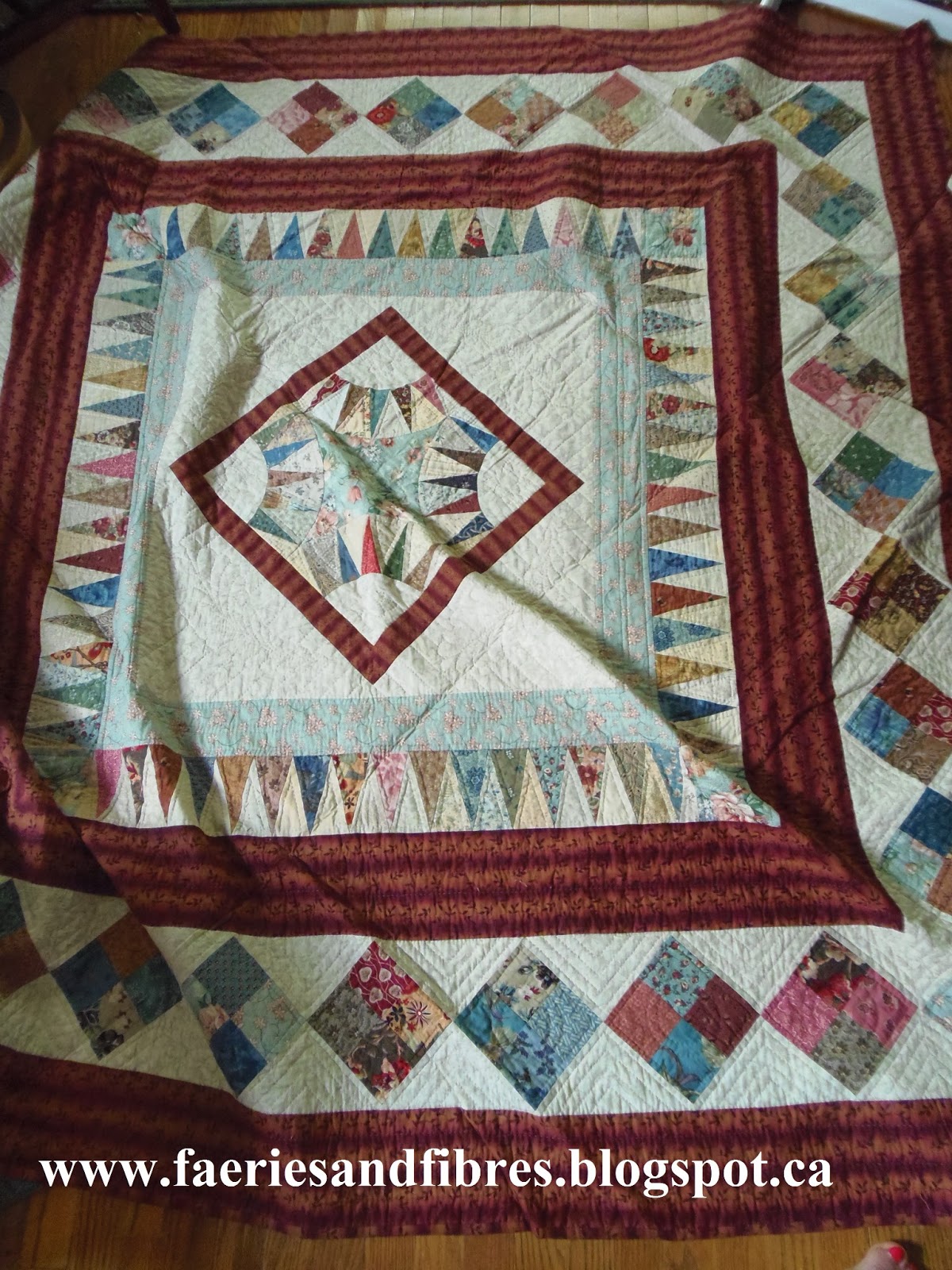 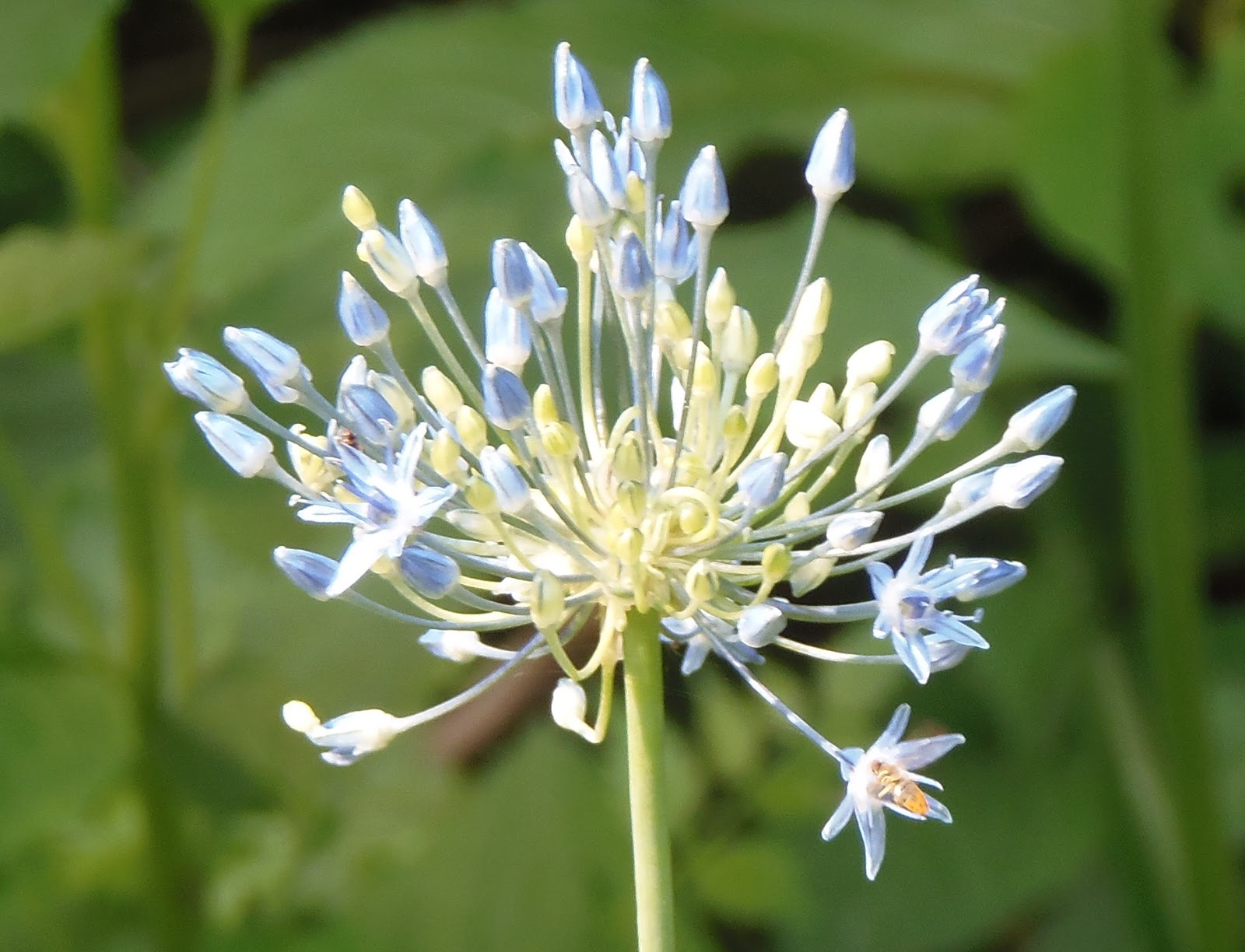 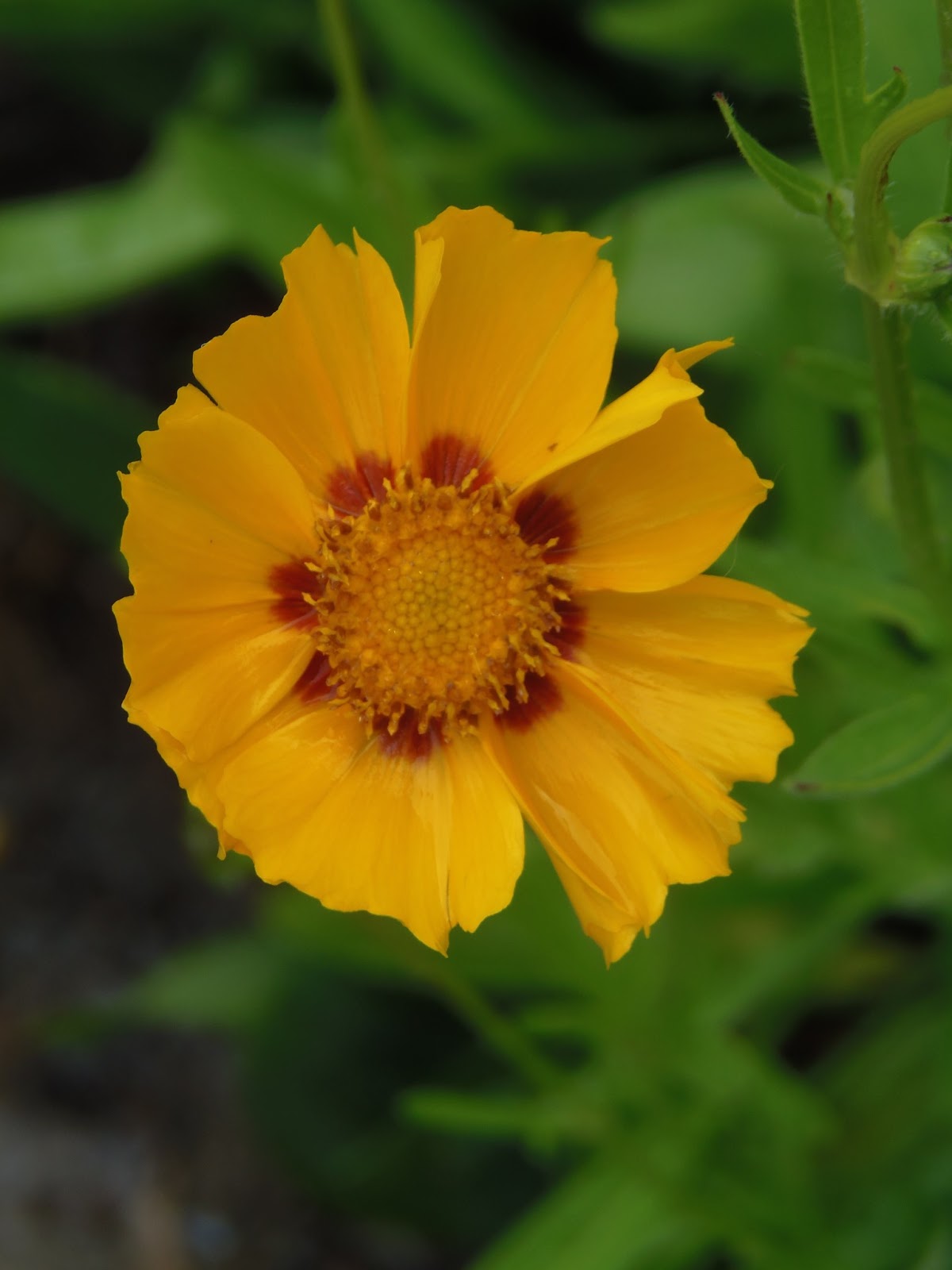 Until I post again, happy sewing!
Posted by Karen H at 7:00 AM