Better pictures of 81 the giant monstrosity and a new project

I managed to find a truck and two men so I could take a picture of the giant monstrosity I call "81".  You really need a quilter to hang a quilt. The men were kind enough to oblige so I didn't want to complain but I would have put the truck in a different place, where the lighting was softer, so that the colours in the quilt top would have been brighter. I did ask them to stretch it out and hold it snuggly so that it was flat - the following picture was what I ended up with. But as I say they were trying to be helpful so I just went with it. The colours are bleached out! 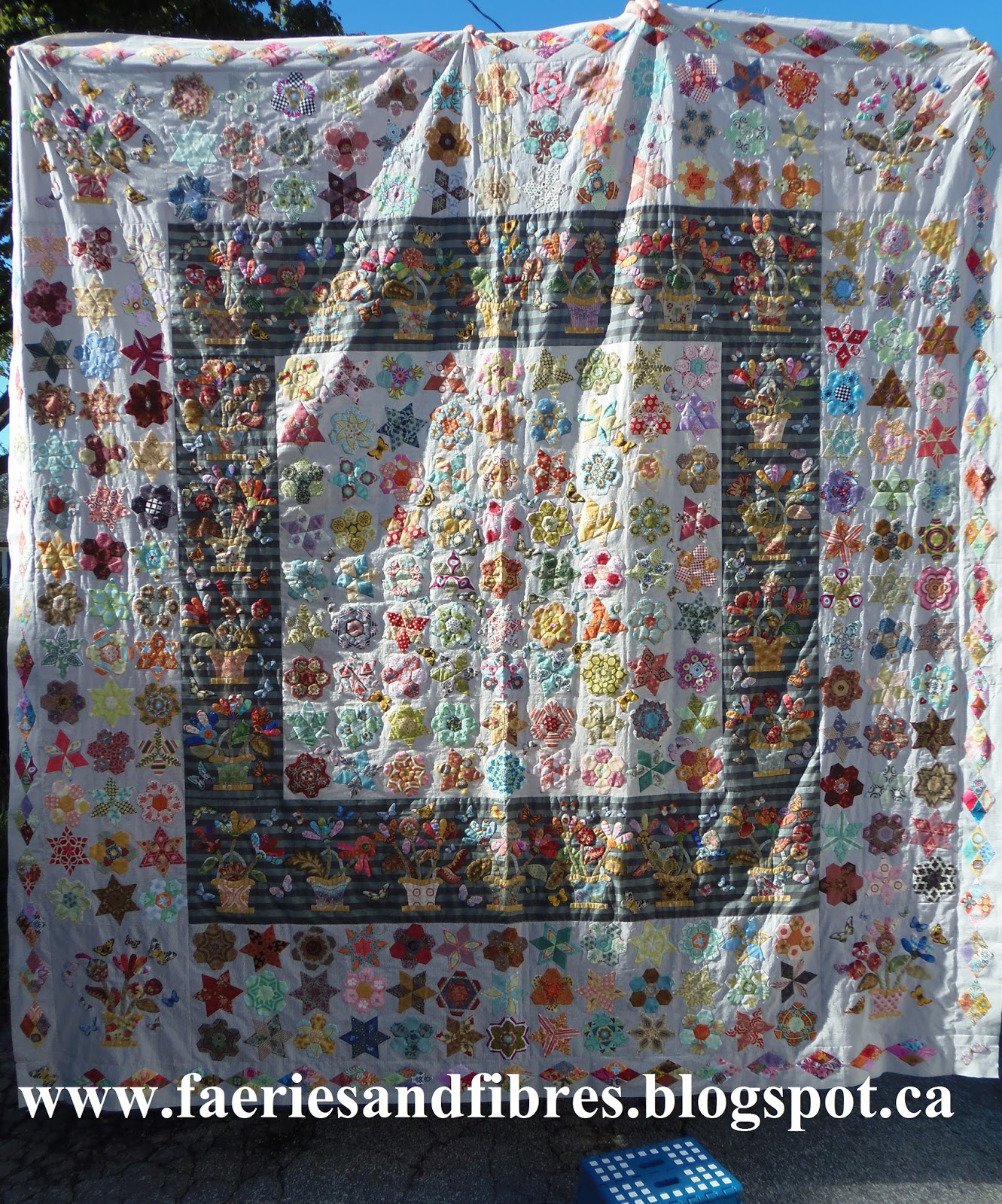 I decided that this morning I would go out in the garden and try to get a better picture by tacking the quilt top to the beams in the arbour and that's exactly what I did. I got a box of tacks, a ladder and I went at it. It was overcast when I started - perfect weather for picture taking but by the time the quilt top was hung the clouds were breaking up and the sun was coming out. This is the best I could do. 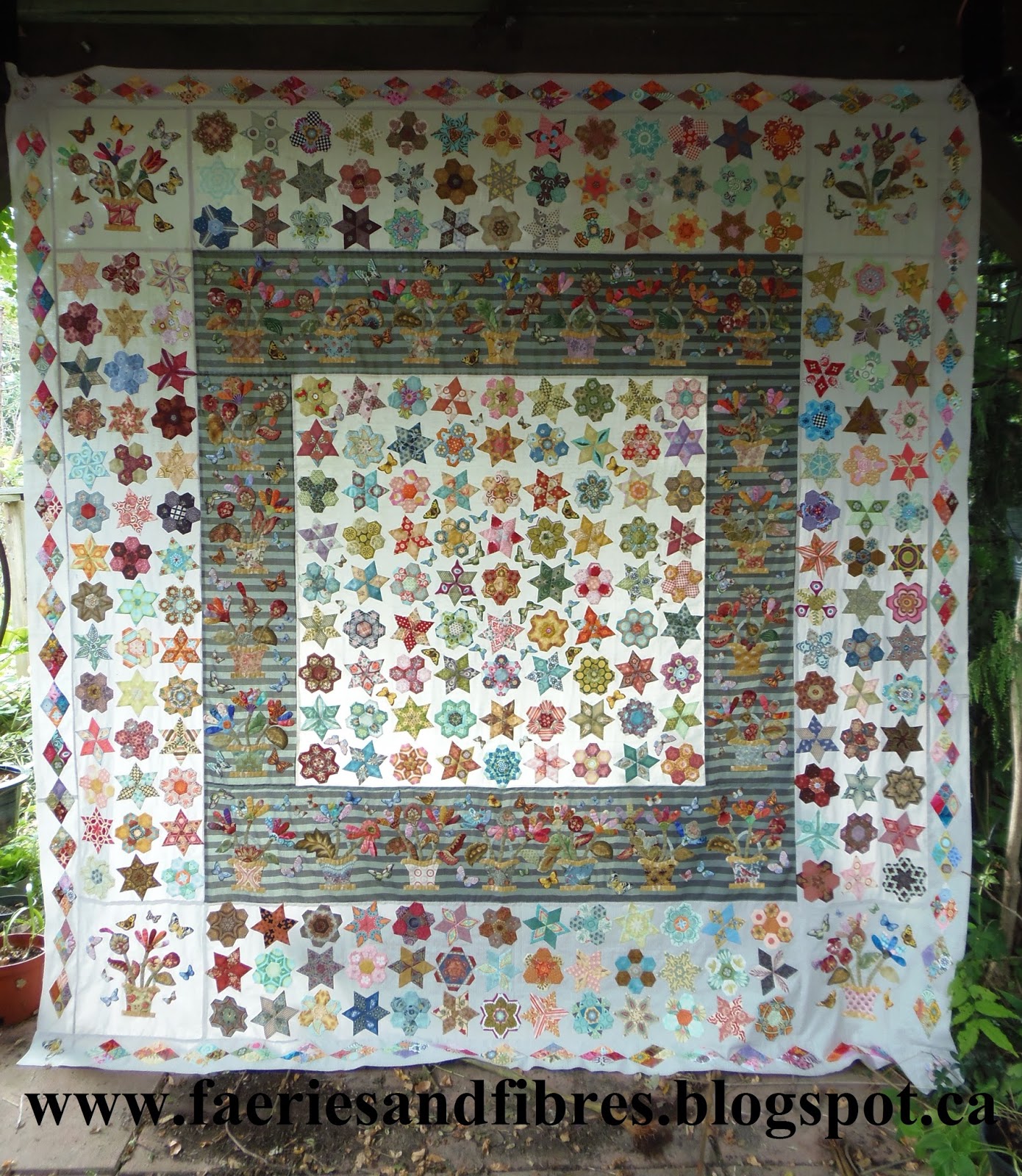 Here you can see the centre panel (with 81 stars and hexagon flowers) and the basket border. The colours still aren't right in the picture but they are better. 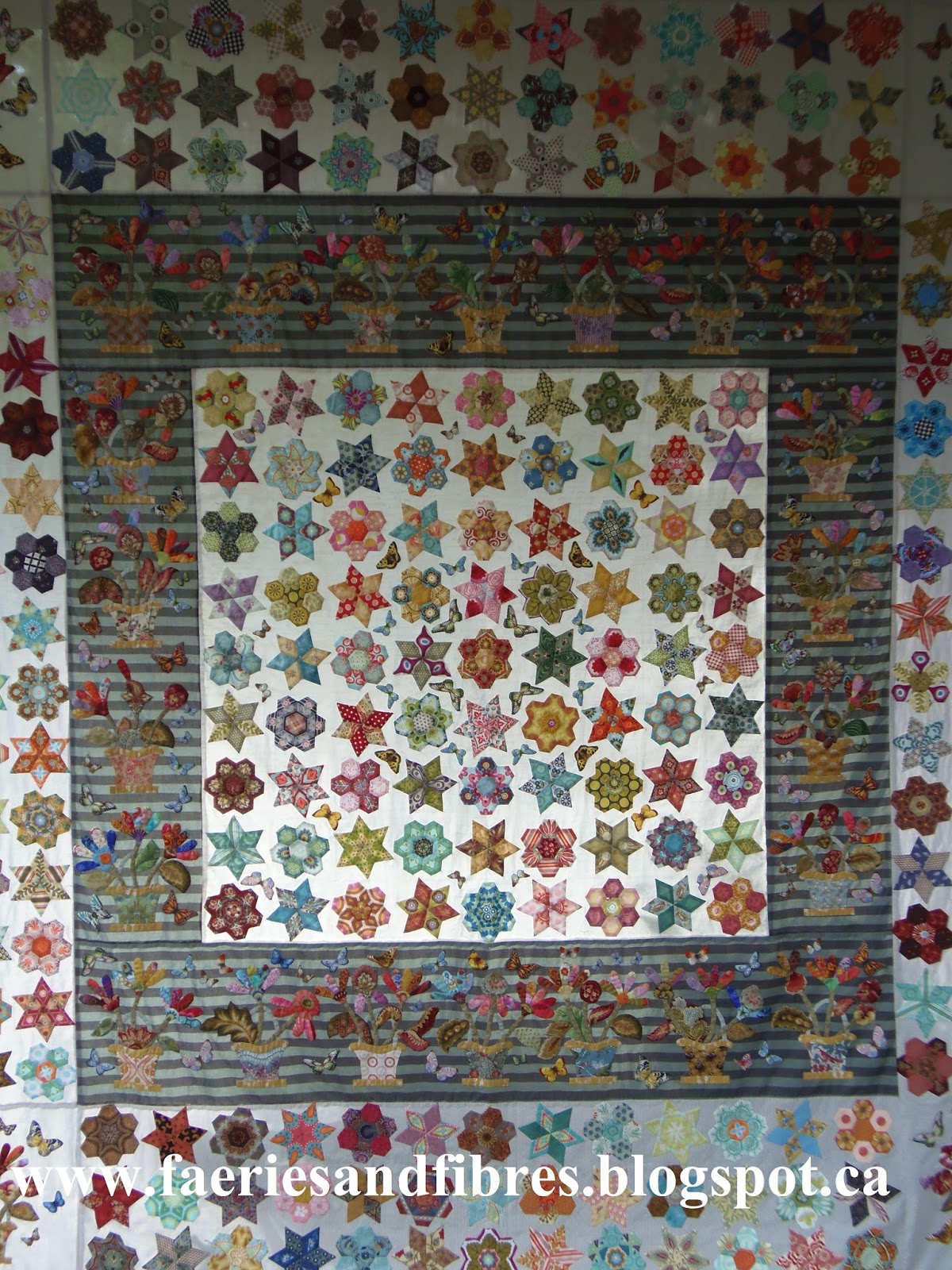 This is the upper right hand corner with the diamond border. I added a cornerstone in each corner and appliqued a butterfly in each. This is the top border with baskets, flowers and oodles of butterflies! 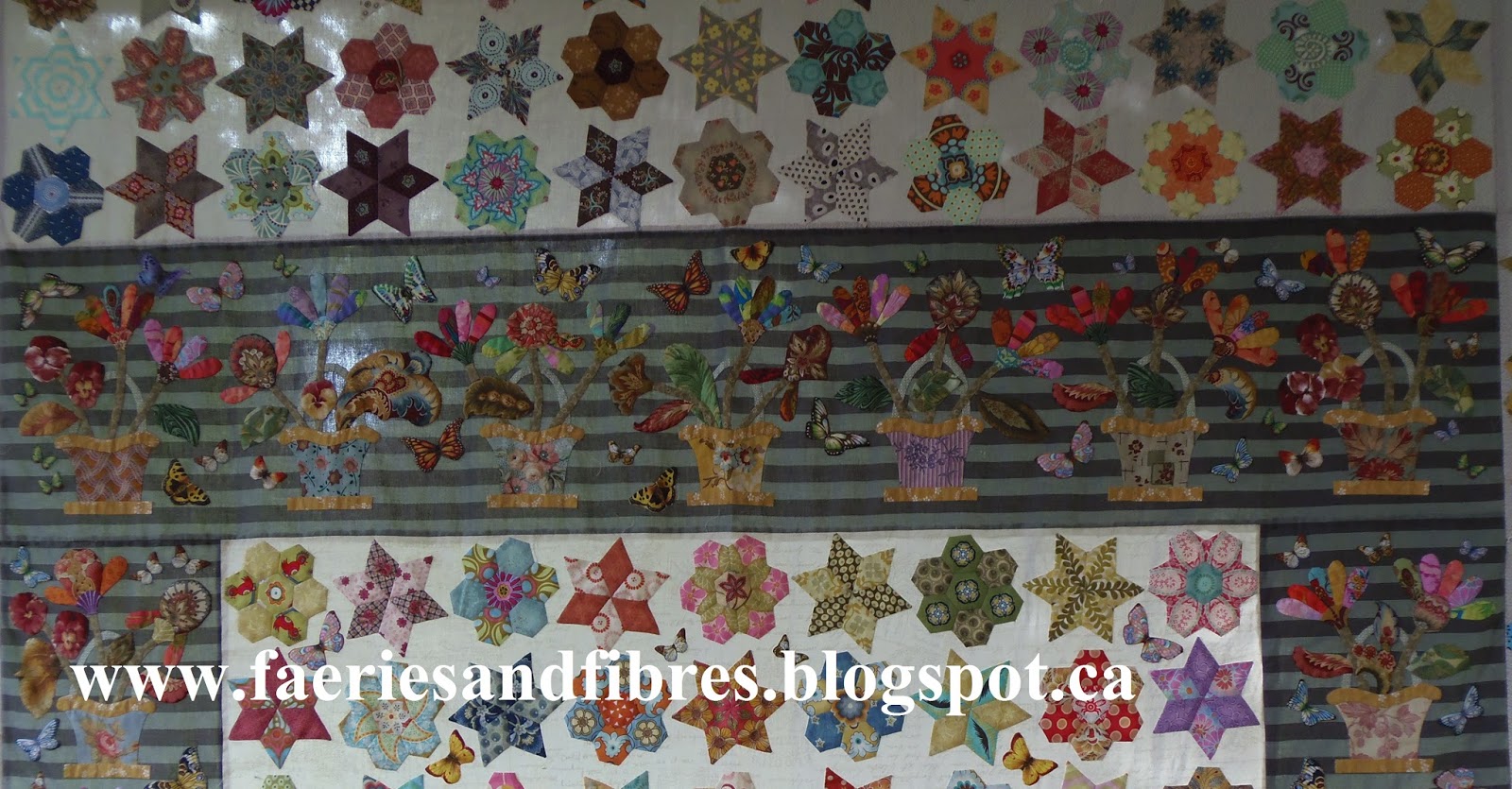 Now I am casting my eyes about for another project that involves handwork. Last year I promised someone special a quilt but never got around to it. She gently reminded me that I still owe her a quilt so I had better do something about it. I am intrigued by Jen Kingwell's Steam Punk quilt. 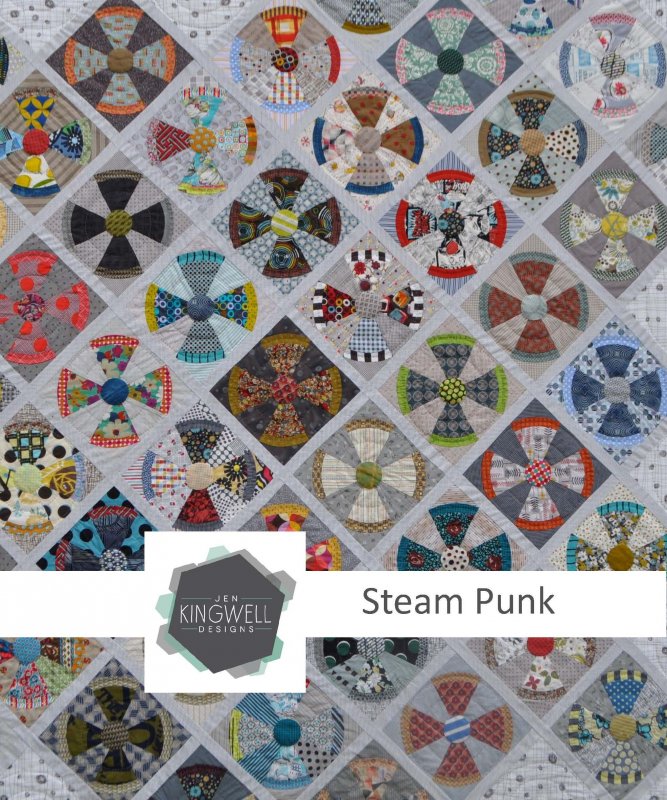 These blocks are all pieced and that just doesn't interest me - I want something portable that involves handwork. So I'm thinking I might work out a "lazy girl" version. I've told you more than once that if there's an easier way to do something I'll try to find it! As I look at this quilt I know that there is a much easier way to make a similar quilt so today I think I'll work on drafting a simple pattern and then get started on a simplified version of this quilt. I'll keep you updated on my progress.

Until I post again, happy sewing!
Posted by Karen H at 7:41 AM