Three more down, thirty-five to go and a new Block of the Month pattern

I finished appliquéing three more Lazy Punk blocks yesterday evening. Selecting the fabrics for the wedges and arcs was a cake walk. I just did a bunch of rough cuts of both and then started matching them up. Occasionally I had to look for a specific fabric but for the most part it was serendipity. 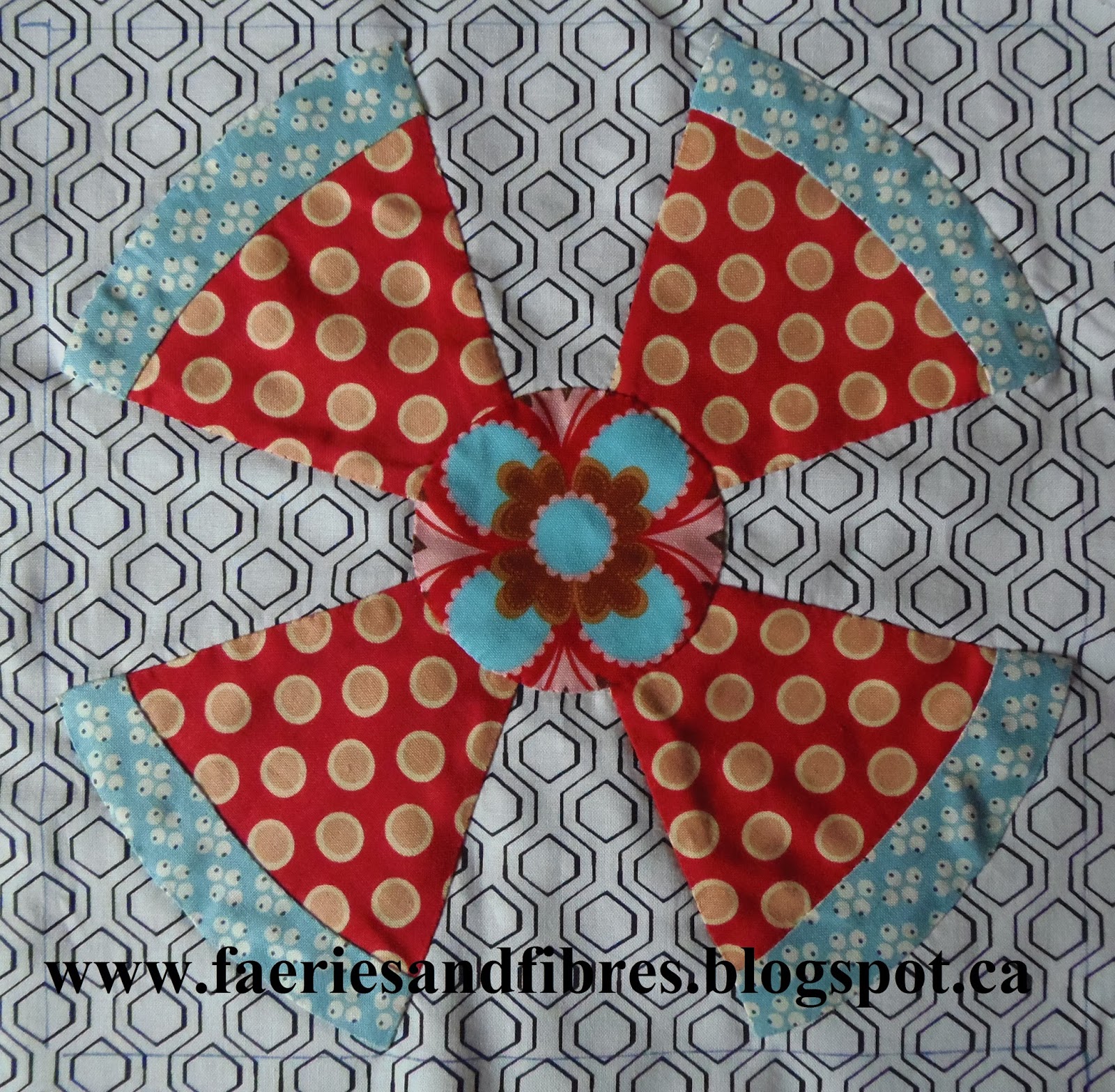 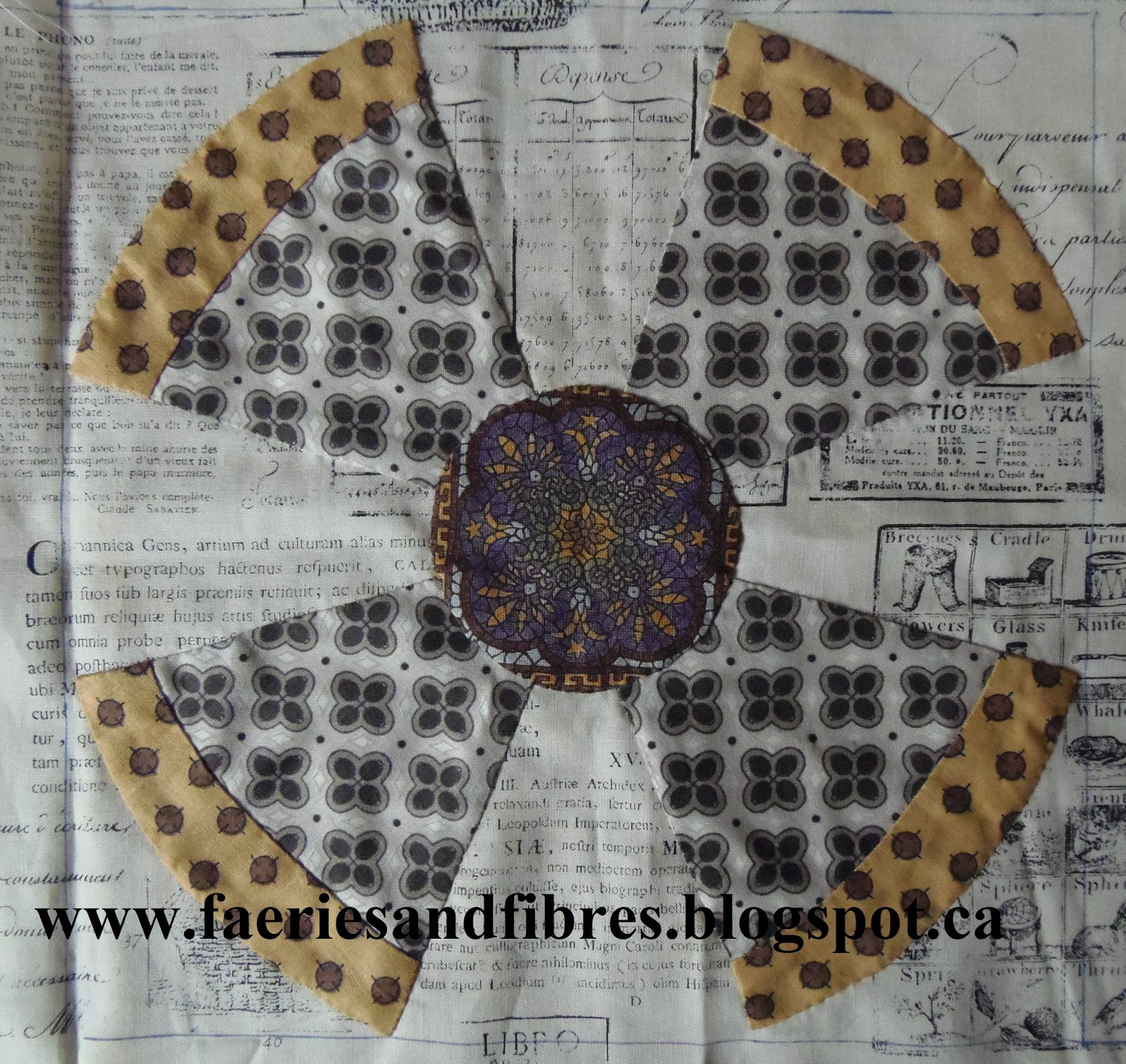 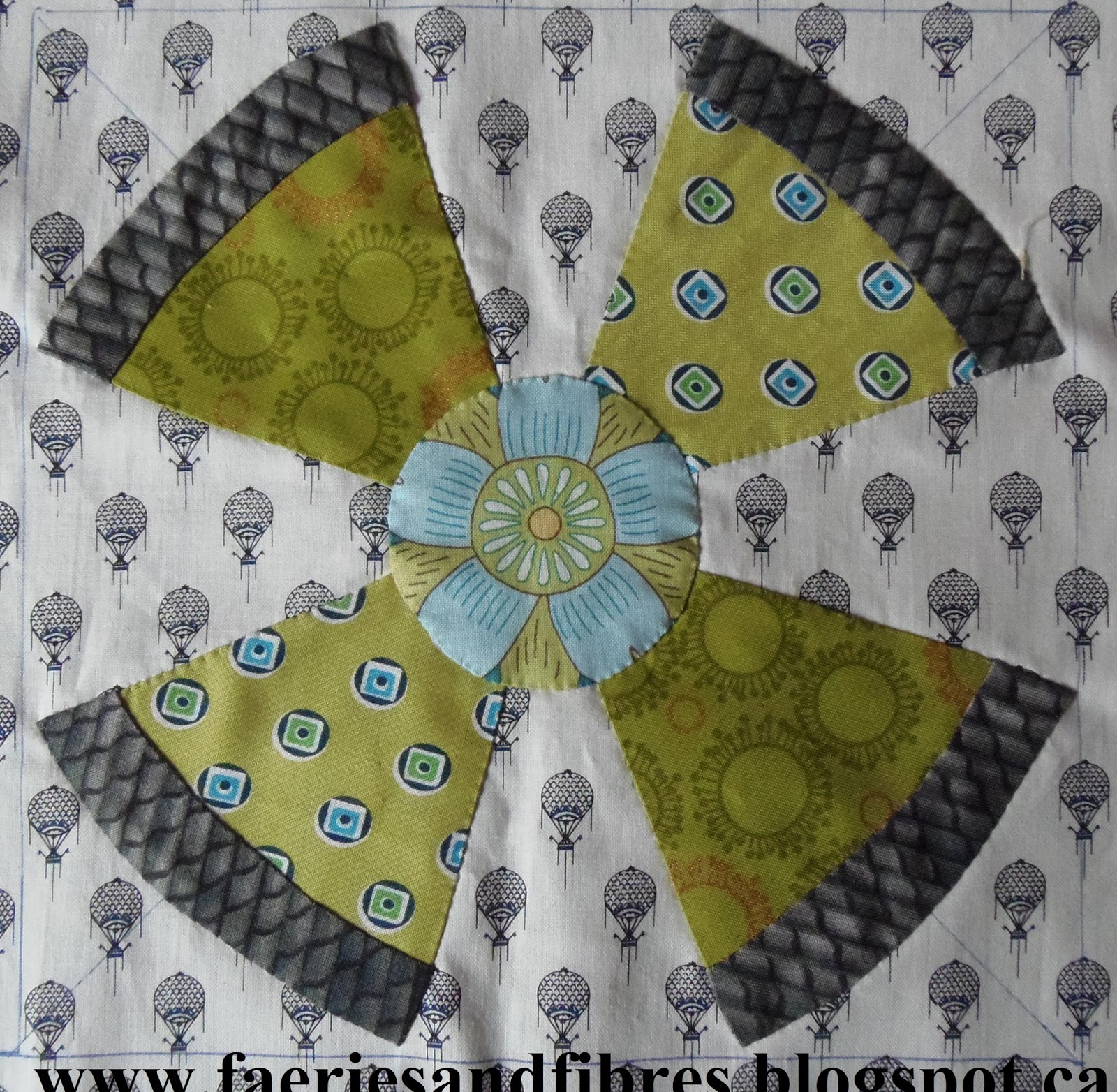 Now selecting the fabrics for the centres is an entirely different exercise. I did rough cut a selection of fabrics for centres but now am at the point where the remaining blocks will require some thought as to what goes in the centre. I'll continue to appliqué the blocks and when I think of a fabric that will work as a centre I'll put it out and cut the centre.

Now that my Guild year has started up again the Block of the Month program has resumed. This month the block is very simple but fun. I drew my inspiration from a painting by Pegi Nicol MacLeod. This one is titled "Beauty Parlour #1" and was painted in 1944. Pegi was commissioned by the National Gallery to paint the lives of service women during the Second World War. Although she was an ardent opponent of the war she accepted the commission and created over 100 paintings. She portrayed service women performing their duties but also in their day to day lives as it the case with this painting. You'll find more information about Pegi her bio which is part of the September Block of the Month pattern. 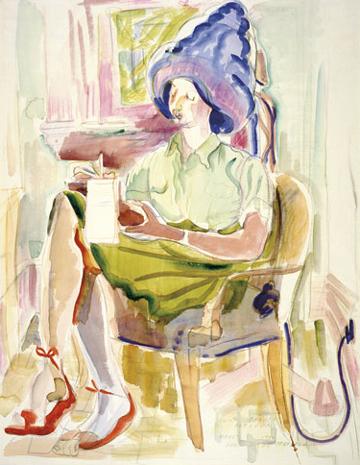 So what block did I come up with? This block is made up of eight half square triangles. The shape of the block reminded me of the cone hair dryer in the painting. 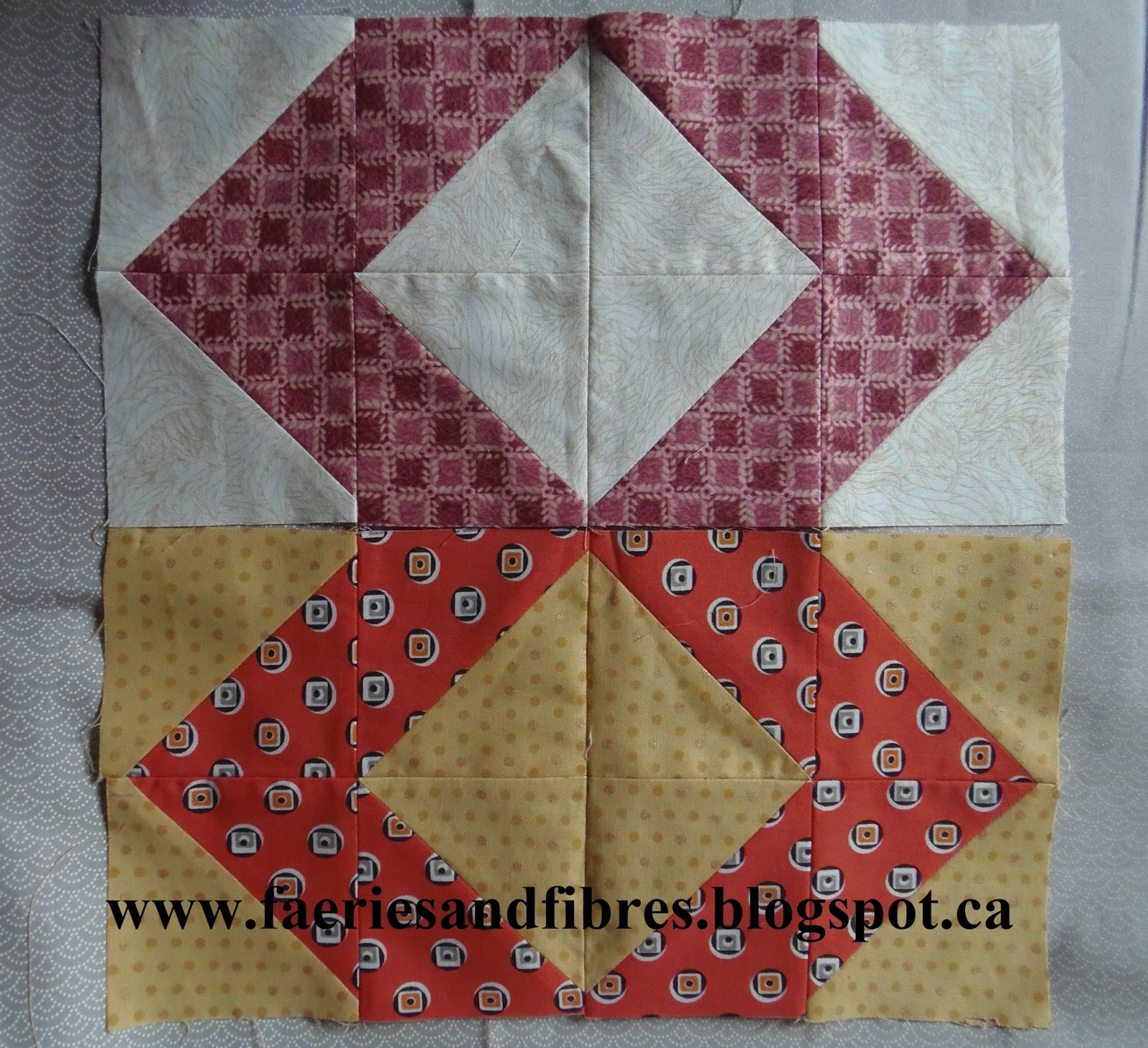 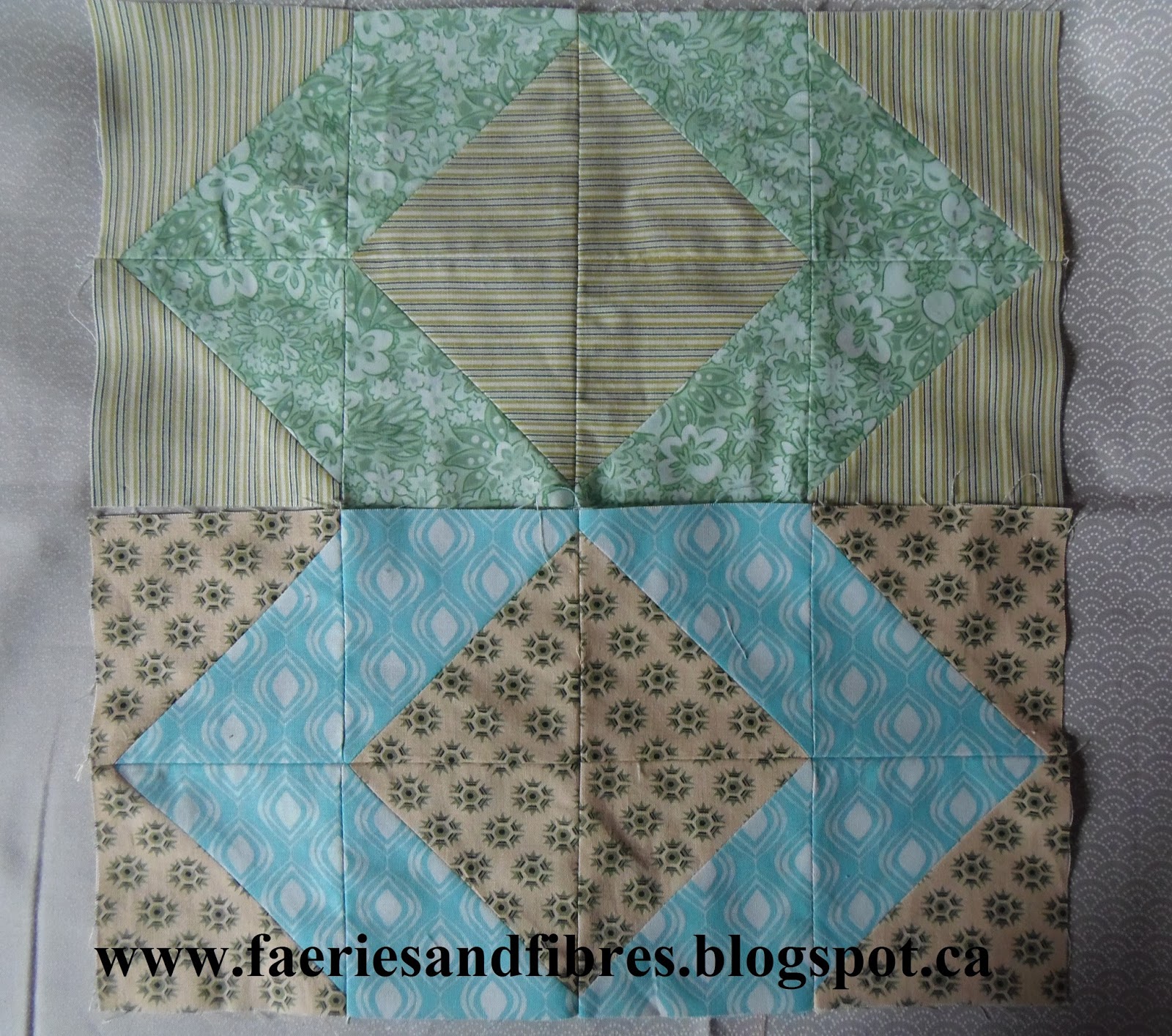 Until I post again, happy sewing!
Posted by Karen H at 7:53 AM